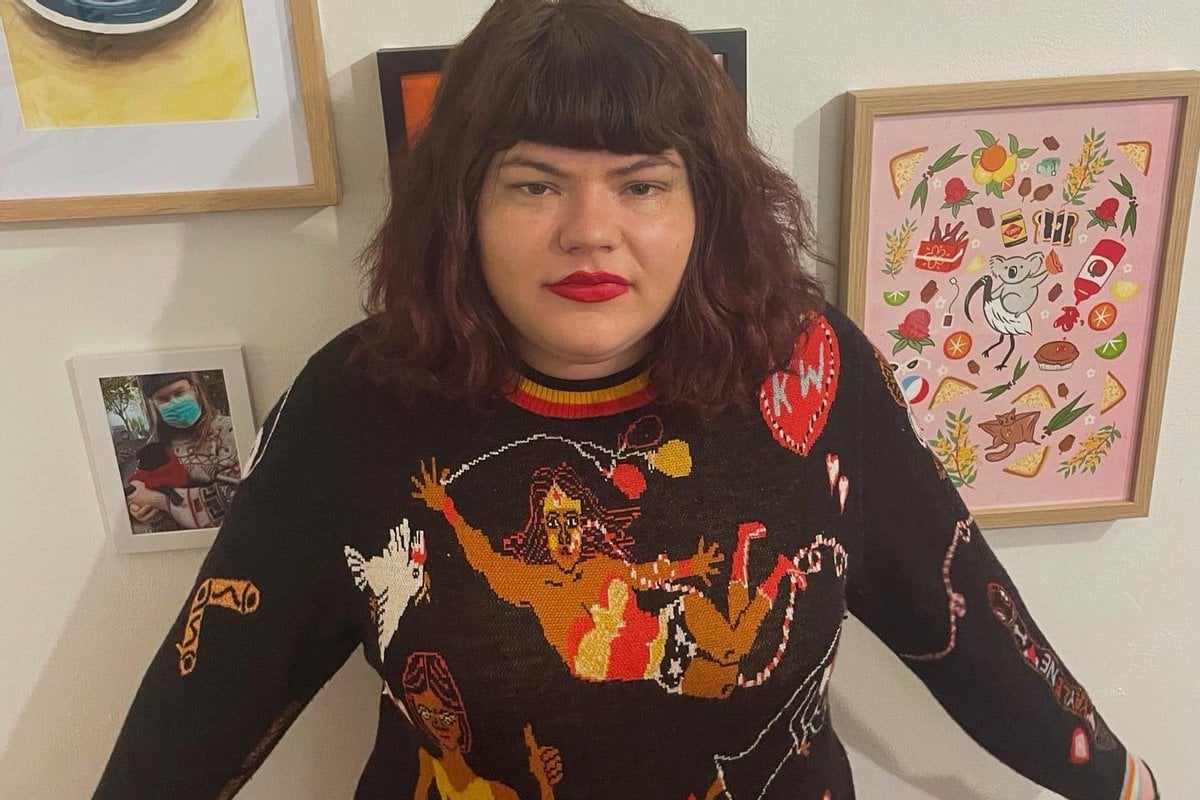 Whenever a catfishing story hits our news cycle, there's always a sense that the person who fell for it was an idiot, silly or even worse - desperate.

I get it. Before I delved into online dating, I used to think the exact same thing.

Sure, I wasn't completely heartless in my thoughts.

Watch: Casey Donovan on being catfished on I'm a celebrity, get me out of here. Post continues below.

There was sympathy mixed in too, but mostly I thought; how could you fall for something like that?

Now, after experiencing online dating, all I can think is, how do you avoid falling for it?

I'm a woman in her 20s, pretty tech-savvy, and even I have been a victim of a milder form of deception I like to call micro-catfishing. In fact, it's happened to me twice.

Look, my experiences being catfished aren't salacious enough to make a Netflix doco about.

I didn't date some guy for over a year only to find out it was my ex-step sibling posing as a hot guy from Palm Beach.

But I've been duped enough to leave the situation feeling silly. This is what I mean when I say, micro-catfishing. It's not life changing but it still makes you feel vulnerable and burned - and it's a common theme in modern dating.

The first time, I matched with a guy who seemed very normal. There were no red flags, he had photos that looked candid, and we had good banter.

He claimed he lived in the eastern suburbs, hated coriander and was looking for something with potential. Basically, I was planning our marriage.

The banter stretched on a little more than expected, and I waited for the usual, When shall we meet up? He even asked for my phone number so we could just text instead of draining our batteries via dating apps.

During this time, my phone buzzed with cute messages, silly photos of our coffee orders and shared stories.

I was starting to really like him. He was witty and good-natured, and he hadn't even tried to turn the conversation sexual.

I began to look forward to his messages, to check my phone just that little bit too often, you know?

We kept arranging to meet, but every time the date would roll around, something would come up and he'd cancel.

And then I started to get suspicious about the selfies he sent. They always contained drastically different backgrounds.

It got to the point, where I decided to Google reverse image search one of the photos he sent me, and I was mortified to discover he was passing himself off as some middle-grade football player I'd never heard of, reusing photos from the guys' social media.

I confronted him, and he blocked me, and that was the end of that.

Now, I get it. It wasn't life-altering.

I hadn't given out my bank details, but it was painful, and I felt stupid.

Why didn't I notice until it became obvious? I was excited by the potential of him.

We were frequently texting, he seemed funny and sweet, and I'd even mentioned to my friends I was keen to finally go out on a date with this guy - and then nothing.

The next time it was a pretty similar pattern. We matched on a dating app, exchanged banter, eventually moved to text, had more days of banter.

He claimed he was around my age, lived in the city and worked in a government job. He lagged in asking me out.

I broached it; he acted super keen. He changed the plans a few times; finally, we agreed to meet at a bar.

I went, he never showed up and then eventually he admitted he had stood me up because he was some 40-year-old married man. Yuck and ouch!

Now, in the world of dating, these experiences aren't that scandalous.

I was able to brush myself off and move forward. I hadn't dedicated years or months of my life to these men, and I hadn't entered into relationships with them, but there is no denying I was duped.

This brings me back to my original point.

It is so bloody easy to be manipulated online. I think there’s this incorrect assumption that if you’ve been catfished you are somehow obtuse, lacking in street smarts, or you are just so blindly desperate your willing to overlook red flags, but honestly it really can happen to anyone.

Isn’t online dating always a little bit of a risk? And within reason you want to give people the benefit of the doubt.

Sure, I learned things from being micro-catfished but I don’t look back on my own behaviour and think I’d behave differently now, I don’t really think any of this is on me.

Our lives are online now. Texting is as common as speaking, and it's pretty normal to exchange banter with a man for a few days before sealing the deal.

It's easy to get caught up in how someone presents themselves online. So next time a crazy catfishing story comes up, before judging too harshly, remember that it really is a jungle out there.