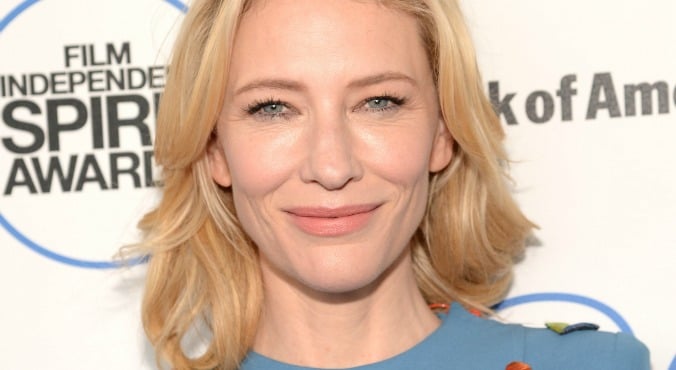 Cate Blanchett is well known for a) being down-to-earth, and b) for her no bullshit approach when it comes to talking to the media.

Now, she’s got a little something to say about social media. More specifically, our selfie-taking culture.

“People constantly are taking pictures of ourselves to send them to people to see if they like me, ‘Do they like me?’ It’s pathetic, the whole thing about people worrying about what other people are going to think,” Blanchett told Yahoo Beauty.

“It’s this huge thing. ‘Like me! Like me!’ The like and the dislike is just totally primary schoolyard. I cannot for the life of me work out why adults are participating in that sh*t.”

Those of us who’re selfie-enthusiasts are sure to be feeling a little scolded right now. Blanchett also discussed the pressure she feels as an actress to take to social media to attract attention to her films. (Post continues after gallery.)

"There is so much great stuff on social media, I don't want to be on a soapbox about it. I think it's a genuine way to build community… But the downside with social media is it divides people really quickly and sets up rivalry and jealousy," Blanchett explained.

Do you agree with Cate's take on selfies?

Is A Thread Lift As Scary As It Sounds?