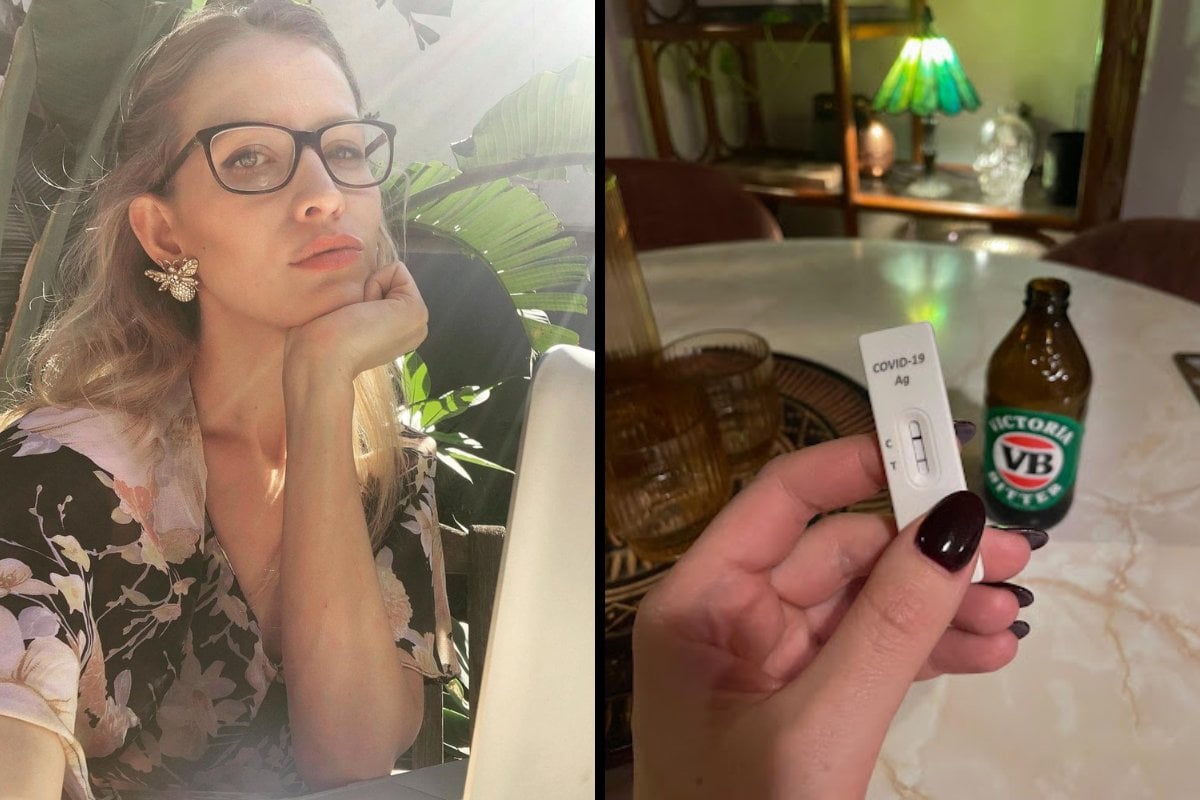 Hello! It's me again! You may have seen an article I wrote back in mid-Jan about catching COVID twice, in three weeks. At the time, it was the shortest known gap between infections, however I recently passed that crown to a fellow thirty-something from Spain, who racked up reinfection in just twenty days. Poor love.

Anyway, here I am again, tapping out a pandemic piece once more, as I have just tested positive for round three. Honestly, what the f**k?

To get you up to speed, I had Delta juuuust in time for Christmas. I knew it was Delta because when NSW health rang, (as they did, back then) they told me. I had classic symptoms, like loss of taste and smell, a banging headache and generally felt like sh*t on toast, but it was manageable. I didn't die.

Watch: New data from Australia's longest-running post-COVID clinic has revealed a high proportion of patients are women in their 40s and 50. Post continues below.

21 days later, along came Omicron. I had passed clear RATs since my dalliance with Delta, and even though I felt terribly, terribly unwell, I still couldn't quite compute the two clear lines (later confirmed by PCR) on the new test before me. At the time, there was no information about such rapid reinfection.

It was widely believed that after sickness you were (for a short period, at least) "immune".

Lo-and-behold, I was not, and the second round absolutely kicked my arse.

It's safe to say that many of us, since then, have enjoyed relative normalcy. Household contacts no longer have to isolate, masks are not mandated, we don't need to "check-in" everywhere we go. Offices are full of banter, Friday after-work drinks a thing once again.

Everyone's just been getting on with it - COVID still omnipresent amongst us.

If I thought I was invincible after round one, though, you should have seen me after my second stint. I gave my pulse oximeter away, didn't restock my RAT tests, and bar hopped like a champion, hugging strangers and sharing ciggies. Good times.

In fact, it was only when I was about to go out on the lash that I had a bit of a dry cough and thought "probably should do one just in case" that I was met with this: 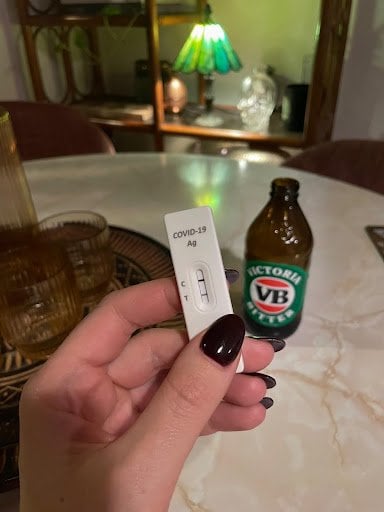 You have got to be kidding me? Image: Supplied.

Like, why? Am I weak? Am I just a fabulous host? I got my vaccines - how dare you!

I'm currently on day 4 of ISO and compared to the first two times, I'm not feeling horrendous. I've had moments where I could have drowned in my sweat, felt terribly fatigued and bizarrely have had crippling lower back pain, but mostly, I'm doing okay.

Which is why I'm feeling a bit stiffed by my seven days of house arrest.

This year's flu season is a shocker, and it's no secret that it can be just as incapacitating as COVID, if not more so, and also potentially fatal.

Why with the flu are we free to come and go as we please, but with COVID I can't take my bins out because I share a communal hallway?

Of course, I am grateful that this time my symptoms are less severe, and I'm by no means minimising anyone else's experience with COVID, or saying that if you are sick with it, you shouldn't stay home.

One of the very few perks to have come from this pandemic is that flexible work is possible, and sick days are met with more empathy and respect.

But at the same time, now that I'm largely symptom-free, I'm stuck indoors - when myself and other asymptomatic people could make ourselves useful during some of the most severe staff shortages our economy has ever seen.

"Living with COVID" has got to become *actually* living with it at some point, no? I'm not going to go cough all over everyone or shake anybody's hand, but I do think my little orange dog would reeeally appreciate a socially distanced walk at some point this week.

Listen: The Quicky speaks to an expert epidemiologist to find out what exactly Long Covid is. Post continues after podcast.

'Household contacts' can hop on a bus to the office every day despite the fact they probably have or will have it, but at the end of my illness I can't take a mental health stroll around my block.

I am in full support of isolation for anyone who's sick, but believe this needs to be based on symptoms, not cookie-cutter time frames. 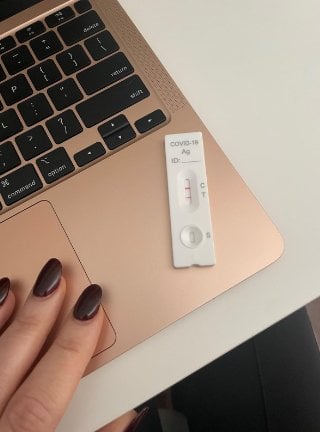 At the end of the day, kindness, empathy and common decency must prevail. If you're sick, be it with a cold, the flu or COVID, stay the hell home. But locking down people who are otherwise well because of a blanket seven-day rule seems wrong.

I'm going insane, and I really, REALLY miss my kids.

Carly Sophia is a Mamamia contributor and freelance writer. You can connect with her here.

I am in full support of isolation for anyone who's sick, but believe this needs to be based on symptoms, not cookie-cutter time frames.