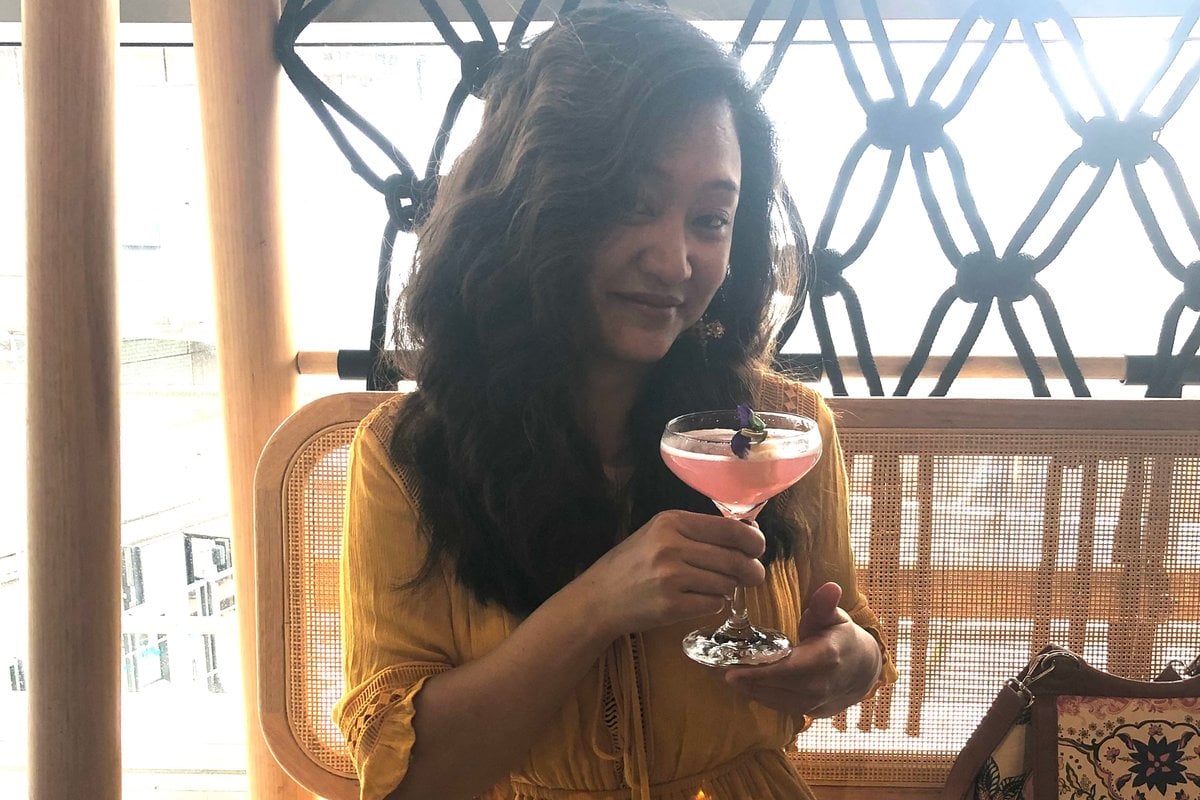 Most of the time, I forget I’m Chinese. Or, to put it another way, being Chinese is not top of mind. Think about it: do you walk around focusing on the colour of your skin? If you’re anything like me, you’re more focused on not tripping over your own feet à la Ally McBeal.

So, yes, most of the time I don’t dwell on being Asian. Until someone says or does something that brings my ethnicity to the fore and WHAM! It hits me in the face. Here are five times it happened.

Getting into the elevator one morning, I noticed someone I knew. She was wearing a gorgeous yellow dress and looked lovely.

“I love your dress. You look beautiful,” I said.

“Thank you!” She replied. She looked me up and down. “You probably can’t wear yellow, huh?”

Have you ever watched Seinfeld? There’s an episode called The Comeback, where the neurotic George Costanza is in a work meeting scarfing down shrimp cocktails and one of his co-workers says, “Hey George, the ocean called; they're running out of shrimp.” George has no comeback as everyone in the meeting laughs at him. Later, he comes up with what he thinks is the perfect retort: “Yeah well, the Jerk Store called, and they're running out of you.” Unable to live with the fact that he didn’t say his comeback, he spends the rest of the episode trying to re-create the moment with his co-worker so that he can say his piece.

That’s what happened to me. I had no comeback. I had no words, period. I was truly shocked.

It was dead silent in the lift; other people were in there and they had obviously heard what was said too but I had no idea what their reactions were because I couldn’t look at anyone.

My face was hot. I laughed nervously (and a bit hysterically).

Of course, in hindsight, I should have said something. But life is not a TV show. I didn’t, and I didn’t get the chance again. If I could though, I would have said a simple: “What do you mean?” That’s it. Nothing clever. I would have asked her to explain it, just to see if she clocked the casual racism. 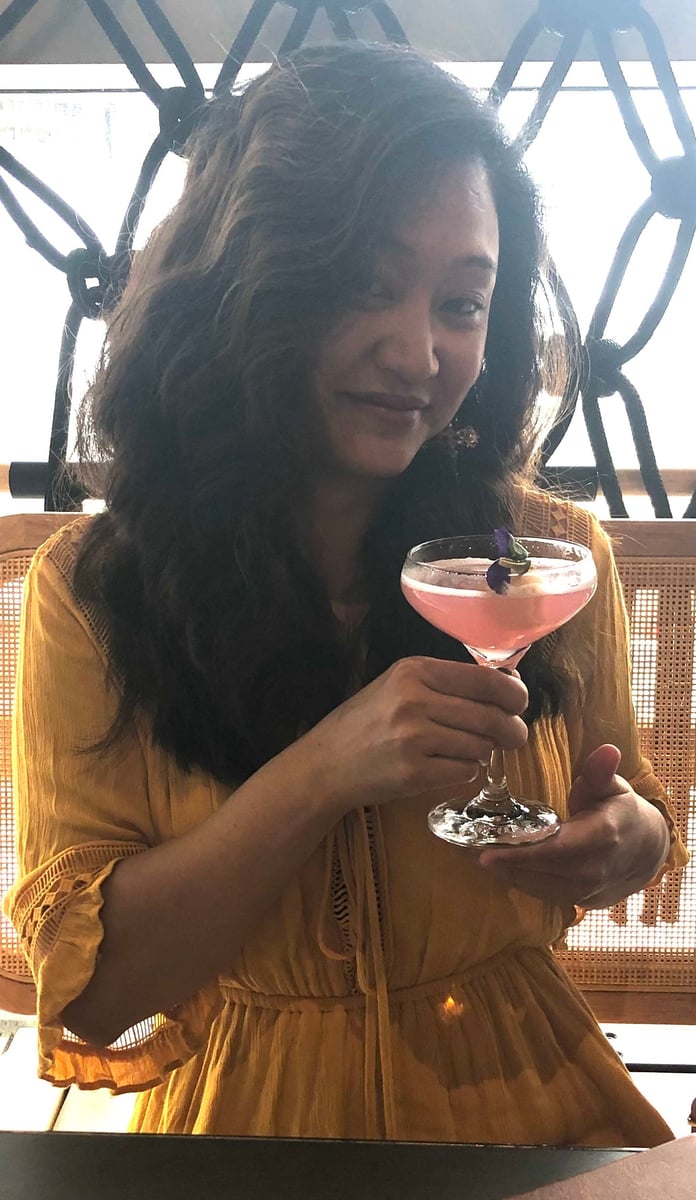 "I think I look pretty good in yellow, thank you very much."

Something that has happened to me a few times is getting mistaken for another Asian person. It happened at a workplace when a colleague came up to me and said, “It’s so great to see you back!” I hadn’t gone anywhere. I knew exactly who she was talking about though – aside from me, there was only one other Asian woman on the same floor and she was on maternity leave – so I just smiled and said, “Well, it’s good to be here!” and ran away.

“Oh! Sorry, I thought you were...” She blushed, looking uncomfortable, and her eyes went to the other Chinese woman.

Have you heard of the slang term “yellow fever”? It refers to the fetishization of East Asians. Perhaps you’ve heard a man – or woman – say, “I want to be with Asian women because they are so cute/dainty/adorable/hot, etc.”

That’s yellow fever and if you have it, you should get that checked before it spreads.

I can’t tell you the number of times I’ve been DM’ed on dating apps with the words, “I love Asian women.” Most men seem to think this is a compliment, but I’m here to say it is not. It is stereotyping, and it’s weird. Asian women are not one. We are many. We are all shapes, ages, styles, and personalities. We have emotional range. We dream, and our dreams are not the same. In other words, we're human, so if you would kindly stop grouping us together as though we're all characters from either The Joy Luck Club, Crazy Rich Asians and Shang-Chi and The Legend of the Ten Rings, that would be great.

Listen to The Quicky, Mamamia's daily news podcast, on how to spot a casual racist. Post continues after audio.

“But where are you really from?”

Ah, this is an oldie but a goodie. And when I say “goodie”, I mean, “please stop asking me this question.”

When I’m asked, “Where are you from?” I say, “Fiji.” Because I was born and raised there and it is my home and I HAVE NEVER LIVED IN CHINA. My ethnicity is Chinese, so the question following is always, “But where are you really from?”

“Fiji,” I usually reply with a shrug.

Yes, you figured it out. I am Chinese, and my ancestors are from China. Ten points to whatever Harry Potter house you’re from. You’re a regular Sherlock Holmes.

Having worked in media for a number of years now, I’ve interviewed many, many people across a broad range of subjects – from celebrity, to news, to real life to lifestyle.

I could count on one hand how many of those interviewees were people of colour.

Yet after interviewing a man of Asian descent for a story I was doing, a colleague (and friend) who knew I was single asked me, “Oooh, so is he married?”

I’d interviewed numerous men of varying looks, ages and marital status and she’d never asked me that before. But the first time I interview an Asian man…

I knew she had asked the question innocently. In her mind, like attracts like. She was coming from a place of privilege. The thing about privilege is that you don’t know you have it. That’s why it’s a privilege.

You’ll notice that in most of these interactions, I didn’t react. I just let it slide. Part of that is being an immigrant; we’re told to go with the flow, not make waves. The other part is some weird sense of guilt for making anyone feel uncomfortable. Because I am already Other. I don’t want to make myself even more other-ly. I want to blend and belong.

But now I realise that letting things slide instead of calling them out means that the person making those ignorant statements doesn’t realise they’re ignorant, and can’t learn from their mistake. Most of my experiences of casual racism is not borne out of malice; it's about ignorance. Ignorance continues until there is education. Casual racism is hurtful and should be addressed.

So… anyone want to tell me I can’t wear yellow again? I swear I've got a good comeback this time.