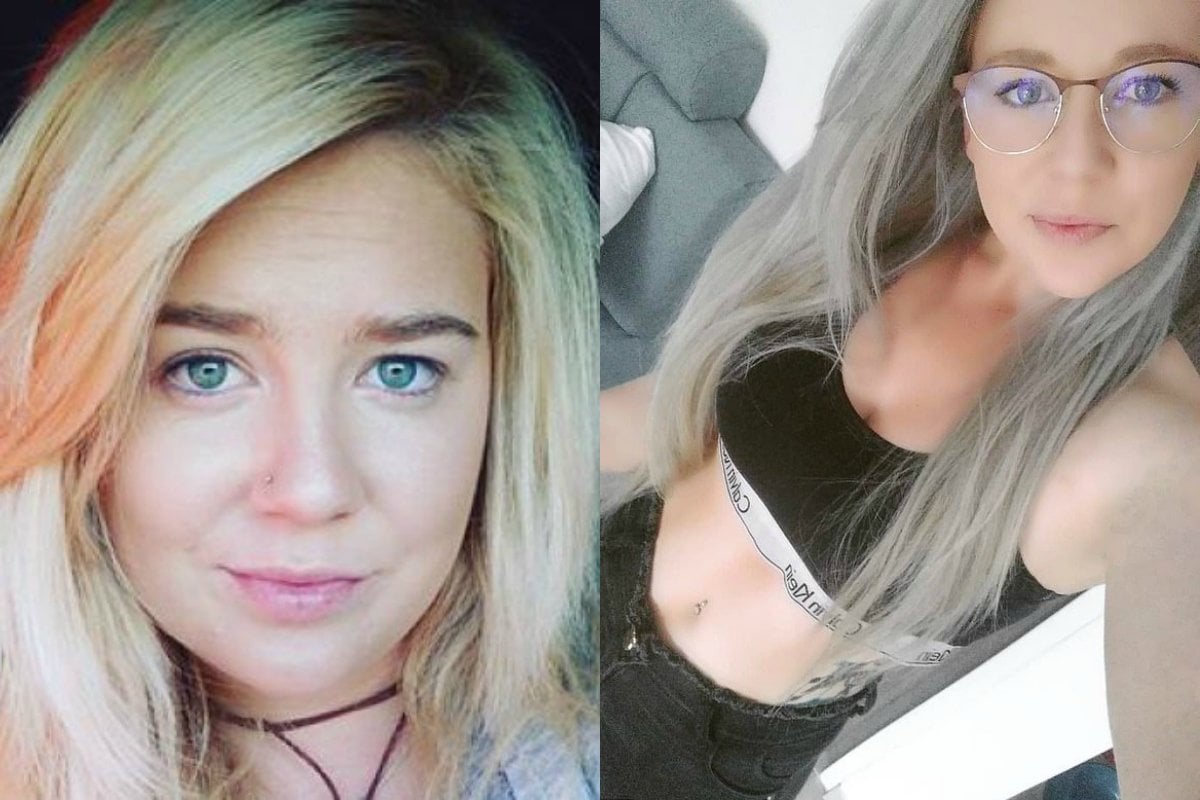 Stuck in a Bogata apartment, Cassie went from three years locked in prison to living through a different kind of lockdown, as Colombia battled the COVID-19 pandemic.

In December 2020, Sainsbury shared images to social media, sharing a glimpse of her current life.

"Because I've been gone a while, here is a selfie," she captioned the first. 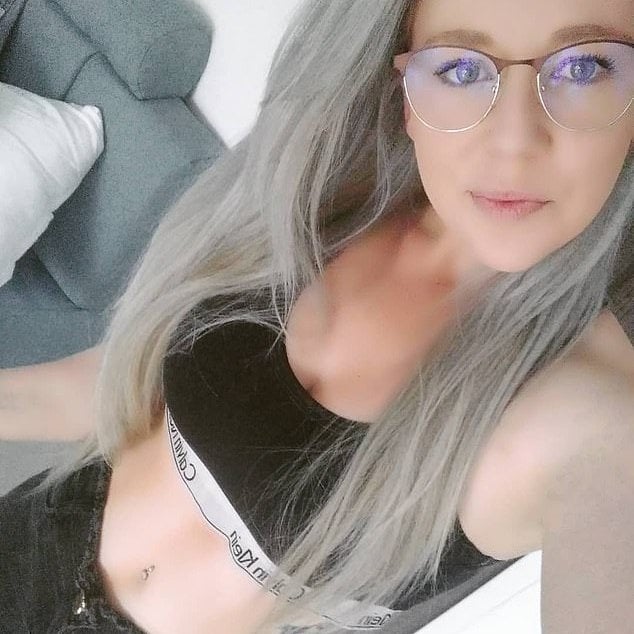 Later in the day, she shared a photo of lake Embalse del Neusa, in Cogoa, 46km north of the capital Bogota, now that Colombia's strict lockdown - which was initially meant to be just four days but ended up extending for six months - was over.

"In life you have to learn to appreciate simple things [like] peace and tranquillity," she wrote. 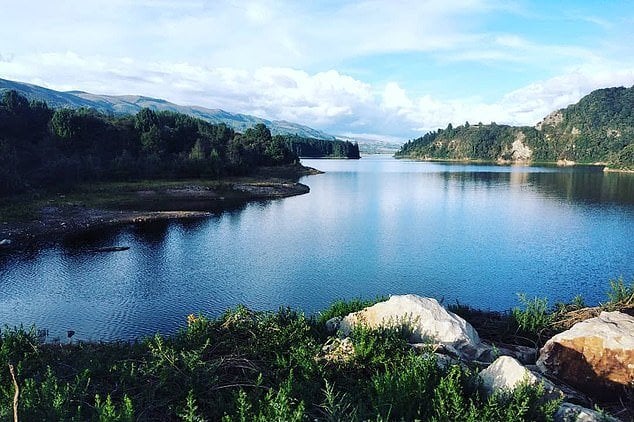 Earlier this year, there were rumours circulating that Cassie was selling explicit photos on OnlyFans to make money for necessities. However, Cassie denied those claims.

Speaking to Stav, Abby & Matt on B105 in May, Cassie explained: "I did not receive any money at all for any photos. The photos exist yes, but I was not paid for photos"

"I'd never even heard of this page (OnlyFans) until I got hordes of messages asking for my OnlyFans ID," she said.

The 25-year-old also opened about her time in prison, sharing that during her 27 months in prison, she had access to all social media except Facebook.

"I generally didn't post anything because not many people kept in touch with me," she shared.

During her time behind bars Cassie found love with another prisoner, Joli.

Speaking to New Idea from inside the prison in 2019, Cassie, said she didn't expect to find love during her time inside, but her relationship with her "funny, very outgoing" fiance Joli blossomed about nine months earlier and they slowly fell in love.

Cassie said Joli proposed to her following a soccer match at the prison.

"I walked to the passageway and she had a poster on the wall which said, 'Will you marry me?'" Cassie said.

"A huge amount of people were watching me. She doesn't speak English, she was trying to learn English to propose. It was quite cute. I said yes, of course."

However, since her release, that relationship ended.

"Unfortunately, things with Joli didn't last. Basically, I came out of prison and she became a different person," she told Stav, Abby & Matt.

During an Instagram Live, Cassie she was counting down the days until she can leave Colombia and return home to Australia.

"I'll be coming back to Adelaide in two years," she explained, according to News Corp. "I miss my family and the beaches."

In August, Sainsbury's mother wrote on Facebook her daughter was struggling to make ends meet in Colombia.

"I need our government to help this kid. I can't fight the Colombian judicial system by myself. I need them to help her while she is in the country. Or help me get her home," she wrote, per the Daily Mail.

"Cassie receives no help from our government during this pandemic. She cannot work, etc."

Cassie lists herself as a personal trainer on Instagram.

The Australian walked free after Colombia's president signed a decree to see 4000 prisoners released into home detention, amid fears of overcrowding during the COVID-19 pandemic.

The house arrest was approved for prisoners who have completed 40 per cent of their sentences, with 9News reporting Cassie will need to spend the next 36 months paroled in the country.

Describing her time behind bars during the Instagram Live, Cassie said she'd seen "the worst ways people treat each other".

"I’ve seen people stabbed hundreds of times," she shared. "They had knives stuck into them. It’s absolutely horrible."

She told 60 Minutes she'd grown up a lot in the past few years.

Cassie was sentenced to six years behind bars in 2017 after she was caught with 5.8kg of cocaine hidden in her luggage as she tried to leave Bogota airport on April 12 of that year.

BREAKING: Convicted Australian drug smuggler Cassie Sainsbury has been released from a Colombian jail. The exclusive interview, SUNDAY only on #60Mins. pic.twitter.com/se3QLML6Jj

What did Cassie Sainsbury do?

Cassie Sainsbury was facing 30 years in jail after she was caught trying to fly out of the country with cocaine stuffed into 18 headphones hidden in her luggage.

Her story changed multiple times before sentencing, but in a 60 Minutes interview, she said she was offered $10,000 to transport what she thought was 'documents' from Colombia.

When she discovered the 'documents' were in fact drugs, Cassie said she wanted out straight away, but after the safety of her family and fiancé was threatened by a man known only as Angelo, the Adelaide woman went through with the deal.

Evidence of the threats made against her existed, Cassie told 60 Minutes in 2017, with messages and photographs sitting in her WhatsApp account showing how she was forced to comply in a scheme she never thought involved drugs until it was too late.

On top of this, Cassie's family were also telling different stories. On the same night in May 2017, her mother and her sister spoke to Channel Nine while her fiancé, father and uncle spoke to Channel Seven. There were claims she was "100 per cent innocent" and also claims that she was "fully aware of what she was doing".

For months, the story changed and every now and again new ones would pop up: She was going to London. She was getting married. Her boyfriend was involved. He wasn’t involved. She was a sex worker in Sydney. Her business had failed. She needed the money. She was an unaware drug mule.

Then in November 2017, Sainsbury struck a plea deal with authorities and was sentenced to six years in prison.

Speaking to 60 Minutes in 2020, Sainsbury recalled financial struggles that led to her taking a 'courier' job.

She had applied for a job as a receptionist at a Penrith brothel in Sydney's west and was persuaded to try sex work, though she told journalist Liam Bartlett she was uncomfortable about it.

After leaving the job shortly after, her bosses introduced her to a mystery man named 'Joshua', who offered her a job as a courier.

After a few months, Cassie found herself flying to Bogata for an international job. She said she only realised it was sinister after landing and being met by a Brazilian drug lord who drugged and sexually assaulted her.

She said her family was threatened if she did not go through with the drug smuggle, so she felt like her hands were tied.

"I already had both feet stuck in the sand," Cassie explained, through tears.

"Nobody knows how it feels when you feel like you're sinking, and there's no way to get above the water."

When asked how to explain what happened to her - whether it was due to naivety, stupidity or bad luck - Cassie said there were multiple explanations.

"It's a mix between being desperate, being stupid and wanting to try and do something to get ahead," she said.

When she was arrested and sent to prison her partner, Scott Broadbridge, vowed to stick by her, but on KIIS FM in 2018 Cassie Sainsbury confirmed that they had broken up.

"For quite some time things weren’t good between us… From the moment I got in here [jail] the relationship was doomed," she told Kyle and Jackie O.

By all accounts, Cassie has made many positive changes during her 27 months in prison.

She embraced a regular exercise routine and competed in a beauty pageant to celebrate the annual Day of the Mercedes (the patron saint of prisons) dressed as 80s Madonna.

The director of the Michigan School in Bogota, Carlos Carrero, told News Corp Cassie was a "blessing" and wanted to turn her life around. Carrero said he would happily hire her after her release.

Cassie is no longer in contact with most of her old friends from Adelaide or with ex-boyfriend Broadbridge.

Reply
Upvote
1 upvotes
Why is Mamamia giving this convicted drug mule and serial liar any airtime?  Please replace this article with one on Australian women that inspire others and that are an asset to their community from a diverse range of backgrounds) which Mamamia do so well)  rather than “cocaine Cassie” - who must be the only person in her 20’s who can’t remember the pin for her phone 🤥 And her mother wants the Aust. People to help “poor Cassie” with financial support......  ha!!!
mamamia-user-676288418 3 months ago