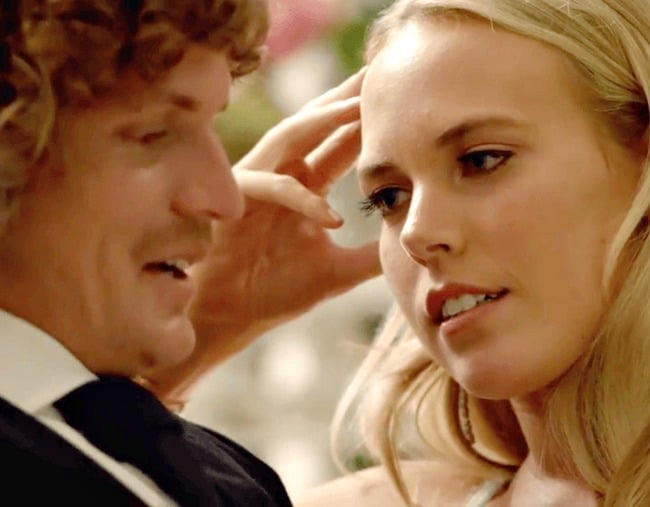 The show may be over… But the goss just keeps coming.

Australia’s hearts collectively broke after the home town visits as Cassandra Wood, the woman who was so hopelessly in love with Nick Cummins, was dumped on national television.

And as we shed a tear alongside Cass, we were all left with one, burning question: Why the hell did Nick Cummins string his former flame along for so bloody long?

Well, according the Woman’s Day he was doing her a favour.

Want to debrief about all things Honey Badger? Get the finale episode of Bach Chat in your ears below.

The magazine’s ‘source’ said Nick was readying Cass to become the next Bachelorette.

“Overnight, the 23-year-old became Australia’s sweetheart, and Nick was hoping that would happen. He thinks she should be the next Bachelorette – and Ten agrees,” Woman’s Day reported.

Goodness, how kind of him to keep her around for so long, knowing full well he had no intention of ever being with her.

Nick watched Cass’ feelings for him grow and then he broke her heart… In order to get her another shot at love on TV?

However, Cass becoming next year’s Bachelorette is not a totally wild idea, especially if Ten continues with its trend of giving past contestants another shot at finding reality TV love.

This year’s Bachelorette Ali Oetjin was a past contestant on both The Bachelor and Bachelor in Paradise, and previous Bachelorette Sam Frost was heartbroken after she won Blake Garvey’s Bachelor season but was dumped for runner up Louise Pillidge before the finale ended.

So, if Cass ends up on our screens again this time next year, maybe we can thank Nick.

Video by Have You Been Paying Attention.

Ummm ... so you're bagging the guy out over something that you admit might not even be true?

Enough of the barbie blondes already. No more! A little diversity please