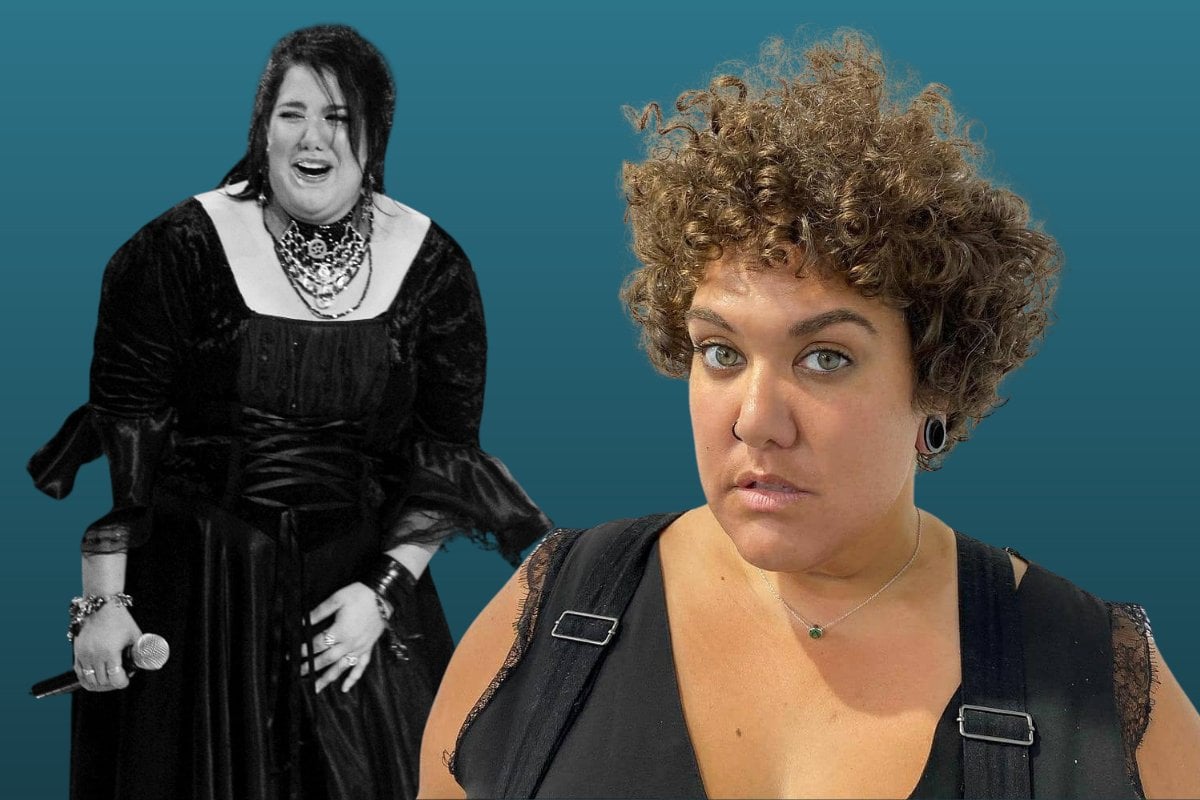 Casey Donovan rose to fame as a teenager on a talent show broadcast to the nation, with Australians in awe of her raw singing talent. But Casey's private life is far from the fairytale we've seen on screen.

The singer was catfished by her best friend for six years straight, leaving Casey isolated from friends in a dark headspace and plagued with loneliness after finding out the truth.

The wounds from her closest confidant's betrayal have lingered in Casey's life for many years, but after announcing she's found love today, it looks like there is a happy ending for the singer.

The catfishing of Casey Donovan.

Just to throw it right back, here’s Casey Donovan’s first audition for Australian Idol - AKA the moment we all met the talented lass.

Casey was just 16 years old when she arrived on our TV screens, and in that same year she would fall in love with 'Campbell'.

Her relationship with Campbell began when she was touring with the Australian Idol finalists back in 2004. She got a phone call from a secret admirer who claimed that he got her number from a "friend of hers". She was sceptical but ended up staying on the phone with him for an hour.

The calls didn’t stop there.

Casey recalls, in her autobiography Big, Beautiful & Sexy, that she was in near constant contact with Campbell from that point on. Phone calls and texting incessantly while she was filming.

As the romance brewed, Casey asked to see Campbell in person, so the two could properly meet. However, Campbell always seemed to have a convenient excuse.

“He had to go to Queensland to look after his sick aunt, his car wasn’t working, his cousin died, his sister was pregnant, someone broke into his house, he had to go up the coast to see his godson, he was out of town on business,” writes Casey.

However, Campbell didn’t just bail on their meetups, he instead sent someone else in his place.

Every time Campbell broke a promise to meet Casey, Olga turned up to comfort her. Another excuse meant another appearance of Olga.

Listen to Mamamia's daily entertainment podcast. On today's episode, we discuss how Olivia Wilde became the villain in her romance with Harry Styles. Post continues after.

Around this time, rumours began to circulate in the media that Casey was a lesbian. This prompted the singer to release a public statement saying: “I do like boys. I am very open about my sexuality - I like guys.”

But Campbell encouraged Casey to sleep with Olga.

"He kept on at me until I said I would. I wasn't attracted to women and felt completely used afterwards, but I figured it was worth it to impress my online boyfriend," Donovan writes in her autobiography.

“He was like do that, then we’ll all get together and do that together. It was a seed. It was planted… We were in her room and then she just kind of tried it on and I was like ‘oh, this is happening’ and then ‘oh, that happened’.”

Years after, during an interview with Andrew Denton, Casey revealed that her encounter with Olga was actually her first ever sexual experience.

She also spoke about how isolated she became as she'd created a “big ball of lies” around Campbell.

“I stupidly didn’t tell anyone that I’d never met this guy, Olga was the only one that knew the truth,” she said.

Six years into this confusing affair, where she would repeatedly request Campbell and then have Olga arrive in his place, Casey finally got some answers.

The singer spotted a SIM card belonging to Campbell on Olga’s bedroom floor. This instantly had her second-guessing everything and she turned to her manager, Jason Williamson, for support. When Jason suggested to her that perhaps Olga and Campbell were in fact the same person, a penny dropped.

“At first she tried to defend herself, but once there was silence she started to cave in and her true colours began to show,” Casey writes in her memoir. “In the end, Olga did confess that she was Campbell. I finally heard it from the devil’s mouth.”

When asked what she was feeling when Olga finally admitted the romance that had dominated Casey’s life for six years was a complete lie, she said: “It felt like my heart had been ripped out of my body.”

On that night, Casey went to see her mum. “I sat on the edge of my parents' bed at around 3am in the morning and they thought someone had died,” the singer explains. That was how hard this heartbreak hit her.

“I spent six years of my life loving someone who never really existed, being ‘supported’ by a best friend who was deceiving me from the beginning, pulling all the strings. I know everyone gets their heart ripped out every now and again but that… That just took the cake for me!”

And as for the reason for all of this deceit? Apparently, Olga never honoured Casey with that information. “She never came close to explaining why she did it. I still don’t have that explanation.”

Following the trauma of the Olga-Campbell lie, a then-24-year-old Casey dealt with extreme loneliness - in part due to the isolating relationship she had with her catfish.

"I had got rid of my other friends because they didn't serve her [the catfish's] purpose. I was stupid enough to believe that. It was a lonely few years,” she shared on SBS Insight.

As recently as 2019, Casey revealed that there are still “some days I honestly don’t get out of bed. I’m just beat. I’ll feed the cats and go back to sleep”.

Despite the low days, she was determined to get over her fear and trauma, stating: "I am not going to be scared and fearful of the little things like rejections. I enjoy some perks of loneliness, detoxing and sitting with a thought - but I might try new things."

And that she did. Casey dove into the pool of online dating.

“When you’re emotionally disconnected from the situation, it can get really dangerous because you burn and churn, and with technology at your fingertips it’s just too easy..." Casey reflected on her time on dating apps.

"I'd never slept with a man before, so I was like a kid in a candy store. It wasn't long before I fell into a cycle of meeting up with random men I'd met online and sleeping with them," she later wrote for Take 5.

Admitting that these sexual relationships served as a major confidence booster, and a means of escaping the headspace she was in, Casey can now see that it was a negative cycle.

As her confidence grew and her self-esteem repaired, she eventually put a stop to her behaviour, deciding it was doing her soul "more harm than good", and the singer settled into a more relaxed approach to relationships.

While the singer has been rather private about her recent dating life, she announced yesterday in a new feature with Woman's Day, she has met 'the one' on Bumble.

"I found myself on [the online dating app] Bumble," Casey told Woman's Day. "I was nervous and excited to make a connection with Renee, and when we finally connected her banter was great and she seemed very lovely!"

When interviewing Renee, the publication asked her if she knew who Casey was.

"I recognised her photo but I didn't expect to hear back from her," the 37-year-old explained. "I knew she was a singer, and knew about [Australian] Idol but I didn't have any preconceived ideas about who she was – which made it easier, I think."

The couple shared details of their first date, which took place over Zoom during the Melbourne lockdown.

"When I logged into our first Zoom date and saw that Renee had set it up in a cafe, it was so sweet... [it was] even better when she asked me what kind of coffee I wanted," Casey giggles. "It was so nice to know that our sense of humour was the same. We couldn't wipe the smiles off our faces."

The pair have gone on to meet each other's families and as they edge closer to their one-year anniversary, they happily shared this glowing statement: "We're having the best time doing life together and I could not be happier!"

It seems that Casey, now 33, has truly found a partner she can trust.