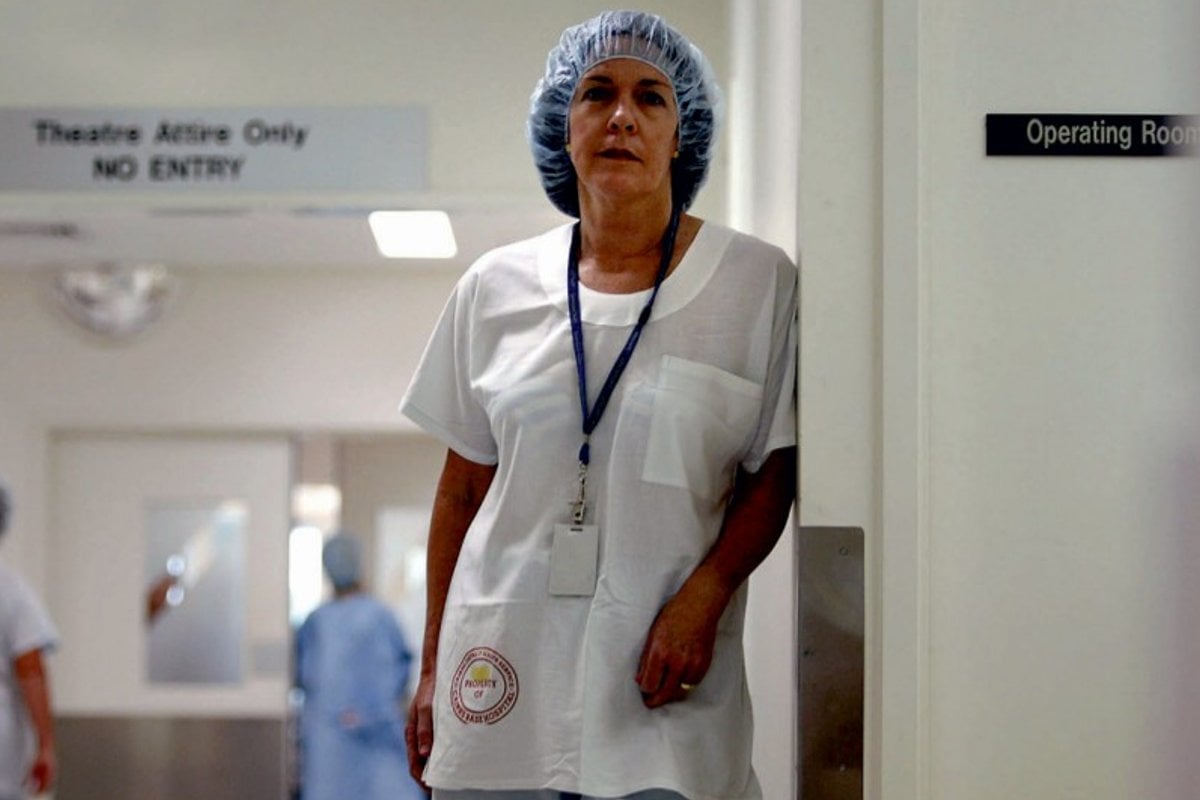 The year was 1964, and then 16-year-old Caroline was unsure whether she even wanted to be a doctor. She deferred her study at the University of Sydney and embarked on a trip to Europe. She eventually settled in Dublin and in 1967, she recommenced her undergraduate medical degree at Ireland’s Royal College of Surgeons.

The late 1960s was a period of huge social change around the world but as Caroline studied, she learnt that there were still a lot of improvements needed in women’s health.

"I was very sure that [obstetrics] was what I wanted to do, to practice, but also to be active in improving women's reproductive health, because there were a lot of things wrong," Caroline told host Mia Freedman on this week’s episode of No Filter.

"The law for a start, and the availability of contraceptive services, and it was illegal to have an abortion at that time. There were lots of problems with choice in childbirth."

To help agitate for change, Caroline was active in the Irish women's rights movement, taking part in protests and demonstrations while studying and raising her first child.

"I was involved in several events that drew attention to the lack of contraception in Ireland. Perhaps the most interesting one was known as the 'Contraceptive Train'.

"In 1971, 47 of us women took the train from Dublin to Belfast in Northern Ireland, which is part of the United Kingdom. We planned to buy contraceptives and bring them back into the country, which was illegal. And we announced that we were going to do this as we wanted to get caught.

"The press loved it. And it was very much reported and discussed on the radio and on TV over the following weeks. It was one thing that led to the founding of the Irish Family Planning Association." 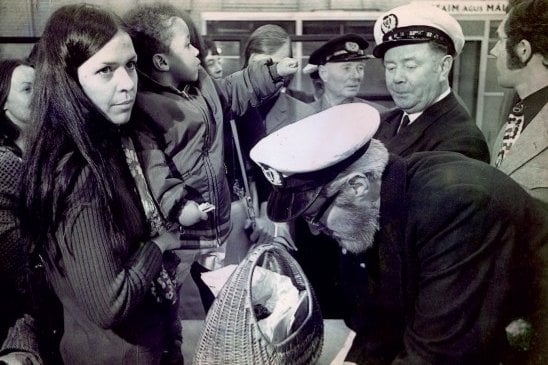 After a year in Papua New Guinea, Caroline arrived back home to Sydney in 1981, following nearly a decade away. She soon became part of the only three per cent of female obstetricians working in Australia.

Today, Caroline remains passionate about women's reproductive health and our right to make choices about birth. She strongly disagrees, however, with the idea that one type of birth should ever be referred to as 'natural' or 'normal'.

"Does it mean that women who choose to have an epidural, or who have a postpartum haemorrhage, or who have an indication for a cesarean section - are they then abnormal? No, I don't think so at all. It's not a good term. And it's not something that should be held up as a model for women to aspire to.

"It's an important process, you might have only one baby or two, and you need it to be done the way that is most suitable for you. And you've had the most input into thinking about what options you have and making a choice." 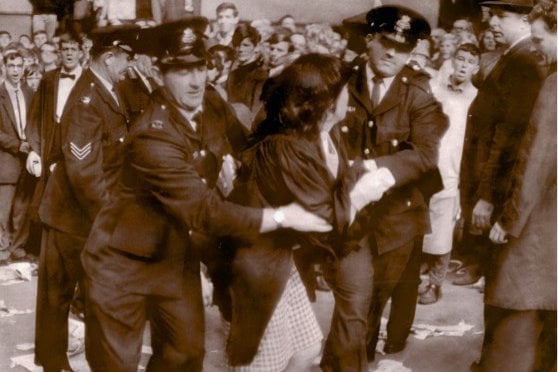 Sydney police arresting Caroline, aged seventeen, outside the US Consulate at a demonstration by University of Sydney students in support of civil rights in the United States, Sydney, May 1964. Image: Supplied/Allen & Unwin.

Caroline also believes that while some aspects of birth can be planned, a flexible mindset is very helpful.

"And you can make sure that you're very healthy, that you eat properly, you exercise, you don't put on too much weight, all those kinds of things, and you can prepare yourself mentally. But you cannot totally control what nature has in store for you.

"You may have to have an assisted birth, you may end up having a recommendation for a cesarean section. So I think you need to be prepared for those things, and be able to listen when those things are recommended to you."

Listen to the full interview with Caroline de Costa on Mamamia's No Filter. Post continues below.

After 50 years of helping women bring their babies into the world, one thing Caroline has noticed is the trend towards birth as an 'experience' - something that certainly wasn’t the case for the women she met at the start of her training.

"They can decide that they will not try to become pregnant until they have established themselves in a career, or travelled or followed certain plans. And so having a baby becomes not a hurdle, but a bigger experience that they want to have.

"I think that sometimes too much attention can be on the actual birth itself. Rather than thinking I'm going to have a child who will be part of my life, probably for the rest of my life."

Caroline’s almost 50 year career helping women and their partners to give birth still brings her so much joy after all these years.

"I don’t regret for one minute being an obstetrician. I’ve enjoyed every minute. It’s always a joyous thing to see a baby safely born."

Click here to purchase a copy of Professor Caroline de Costa's book, The Women's Doc, published by Allen and Unwin.

Reply
Upvote
3 upvotes
Love the part about not considering only one type of birth as ‘normal’! I had an elective c-sectioning April this year, and when asked by the MCNH and other health professionals afterwards whether I had a ‘normal’ birth, I said no and explained the birth I’d had - really wish I had said yes and just waited to see what type of questions they would ask next!
News
General
Opinion
True Crime
Politics
Sport
Explainer
Entertainment
Celebrity
Reality TV
Movies
TV
Books
Rogue
Royal
Lifestyle
Beauty
Fashion
Weddings
Home
Wellness
Health
Fitness
Travel
Food
Parents
Before The Bump
Pregnancy
Baby
Kids
Teens
School
Parent Opinion
Work & Money
Money
Finance
Career
Lady Startup
Relationships
Sex
Dating
Separation
Friendship
Family
Real Life
Couples