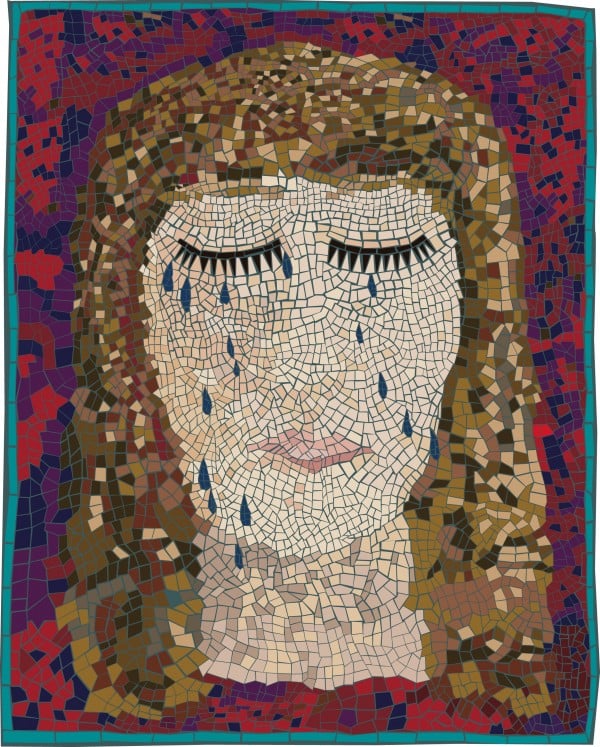 There is a terrible moment when you have a parent who is very sick. Nothing prepares you for it.

It’s the moment they turn in to someone you no longer recognise – or particularly like.

I know how awful this sounds. I do. Because it happened with my mum – and the brief, vicious spat we had as a result has never left me.

It’s fair to say my mother was independent until she was diagnosed with cancer at 76 years of age. She had lived alone for most of those years and would accept help only begrudgingly and when absolutely necessary.

So you can imagine how she reacted when, against her wishes, she had to live in an aged care facility. One day she was in her own home looking after her grandson, the next she was having an adult nappy strapped to her so she wouldn’t wet the bed.

Usually, when someone says something awful to you, you'll retaliate.  The, either immediately or in time, it will be forgotten - or you will at least have the luxury of time to move on from the exchange.

But when that someone gets sick - really sick, so sick you don’t think they will live to see their grandchild's next birthday - you usually say nothing. Because you can’t. Because what if they are the last words you say to each other, and they are awful?

When Mum started to get like this, she had just been diagnosed with a secondary tumour and was riding the roller coaster of surgery, drugs, depression, related cancer pain, more drugs, stents, leaving her home of 20 years, radiation, severe nausea and a terrible sadness and frustration. It was terrible for her.

When I would turn up to visit her each afternoon after work, more often than not I was confronted with a very upset, often incredibly cranky woman who had no one to take it out on but me.

Don't get me wrong. I loved my Mum and it broke my heart to see her become incapacitated, frustrated and faded. I got it. I desperately wanted to take away her pain.

There was one day though, that stands out in my memory. I watched her talk down to the nurses and refute everything they said. All they were trying to do was help her. I became angry. And the last thing I want to do was be angry with her.

She turned her attention to me: “Where is my white cardigan?” I said I hadn’t had time to wash it, but would bring it the following day. She told me that it wasn’t good enough, all she wanted was her cardigan and why couldn’t I, just for once in my life, do something as she'd asked?

What came out of my mouth next shocked us both. Because it was the brutal truth.

“You make my visits here miserable," I said. "I have come here every day for months, straight from work with food and clothing, trying to help. I haven’t seen my son awake in what feels like weeks. We are barely hanging on at home. Then today, I didn’t bring you the right CARDIGAN? Nothing I do is ever good enough, I don't know why I come!”

She turned to face the wall and said softly “Well, maybe you just stop coming altogether”.

I know she didn’t mean it. I didn’t mean what I said either. My only defence was that I was at breaking point, as low as I’d ever been. As soon as I'd spat those words out, I wanted to gobble them all back up.

Instead, I looked over her in her bed and I saw an infant in a woman's body. She had lily-white skin, marked with yellow bruises from the myriad of injections she had constantly endured. She looked like a slightly tainted, tiny porcelain doll and my heart felt like it actually split open. But instead of running to her and apologising, I did the most terrible of things.

I turned on my heel and walked out.

Mum died from the cancer four weeks later. We did reconcile and tell each other how sorry we were. I was able to make sure she knew that, of course, I didn’t mean what I said. But I cannot express how much I wish those words had never been uttered.

I'm not alone in this. A colleague tells her own tale of the frustration of caring for a parent who was out of line - mostly because of pain and frustration:

"We were away for the weekend with members of the extended family, watching my cousin compete at a sporting event. Mum had been diagnosed with cancer about three months before. We were in that awful limbo land where you don't really know what's going to happen. Would the chemo work? How long would it take? And the most wrenching though of all - would we actually lose her? I guess we were all on edge.

"The uncertainty was awful - but worse was our inability to do anything to reduce her pain, or give any real comfort or just make it bloody better. I still can't really comprehend what it must have been like for her.
"But I do know she wasn't a saint, and this weekend she really turned it on.
"It was Saturday night. Mum asked dad to pop down to the servo nearby and buy her a bottle of lemonade. Her taste were completely wonky thanks to the chemo, and she craved the stuff. He came back with a bottle of lemon squash. As Julia Roberts said in Pretty Woman: BIG mistake. Huge. Mum went on about how she wanted just one little thing and he couldn't get it right. He looked stricken and helpless. Because, really, it's hard to fight back against the woman you love when she might be dying.
"He walked back out to buy a bottle of lemonade.
"But by this time, I was furious. I felt torn between wanting mum to have what her cancer-riddled body craved, and wanting to comfort my deeply hurt dad. I let her have it. I don't remember most of what I said, but I know I said: "Is this really how you want him to remember you? As a cranky, ungrateful bitch?"
"We both ended up in tears.
"Our relationship afterward was unchanged - I guess that's how it is when you're close. But she did stop the passive-aggressives and downright meanness with dad.
"I don't regret that I called her on her behaviour. She was so, so sick and confronted with unimaginable uncertainty. But I still don't think that's a licence to be horrible."

Seeing people we love in pain, when they were the ones who did everything in their power when were growing up to minimise our own, is difficult to reconcile and deal with. Just remember to speak to whoever you can and reach out.
Please don't think us mean, please allow for the real side to be told. We want others who are going through something similar to understand it's perfectly okay to feel these kind of feelings. Should you express them or not? Well, that's your story and you're the only one who can write it.

If you found this read engaging, you might also like these:
"I am about to die. This is my last wish. Why can't it be granted?"
The unforgettable images that show love in its purest form
My mother might leave me. But she can't. She's my mother.