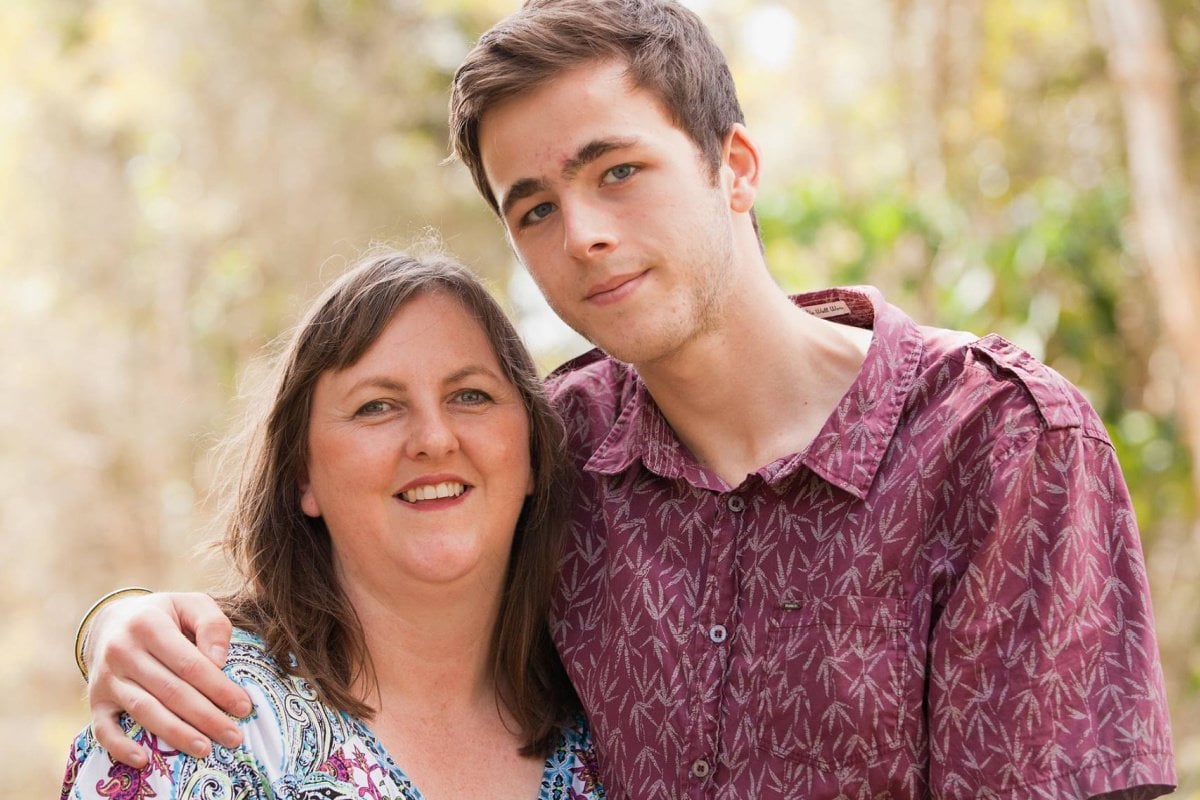 Lanai Carter has had to grieve the days where if her son ran out of cannabis, they'd simply drive down to the local dispensary and pick some more up.

Or they'd put in a phone call knowing it would be delivered to their doorstep in just four hours.

That was only the reality for a year of Lindsay Carter's journey with intractable epilepsy and an inoperable brain tumour. When the 22-year-old first got diagnosed at the age of 14, he and his family found themselves in America searching for answers. Cannabis oil and cannabis flower were the only things that helped, and thankfully over there, he could get access to both legally.

Watch: Lindsay and his mum on 60 Minutes in 2016. Post continues after video.

Without it, Lindsay wouldn't eat. He was constantly nauseous, and he'd vomit all the time. He would get up to 20 seizures a day. On cannabis - which he is supposed to take in oil form three times a day, alongside vaporised cannabis which he uses throughout the day - he is a completely different person.

"From being a kid who barely went to school, to a kid bounding out the door full of energy wanting to live life to the fullest. It was just a complete turnaround."

But yo yo'ing between America and Australia every three months to top up their visa wasn't sustainable. After spending their life savings helping their son, the Carter family were forced to come home to Brisbane in late 2014. 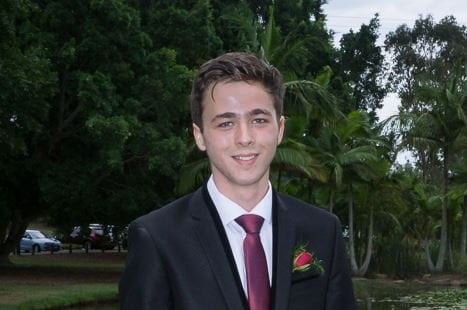 Lindsay was diagnosed with intractable epilepsy and a brain tumour as a teenager. Image: Supplied.

"It was really hard to come back because it was this horrible feeling of being in a country where my son can’t get what he needs in any legal way. I remember us even looking at moving to another country as a family. I felt like that for so long - like I just needed to get him out of here," she said.

But the family didn't have many choices. They'd spent all their money, and they needed to make Australia work. So they started lobbying the government, both state and federal, begging for access to the drugs - considered illicit here - that saved their son.

"It felt like a necessity. We had multiple doctors saying he needed this medicine to keep him alive. That was the stage we were at....and we weren’t prepared to watch our son die. We didn’t want him to suffer brain damage from all the seizures he would have."

It took a year but eventually in 2015, Lindsay was the first in the country to be granted special permission to import cannabis into Australia, a year before it became legal here for medicinal use in exceptional circumstances.

But since then he's cycled through eight different companies after various interruptions to supply. As the New York Times reported in 2018, "Even Australia's Medical Marijuana Poster Boy Can't Get The Drug."

"First, we were experiencing lots of import issues, then changes to regulations that impacted supply and then companies would get bought out or taken over. Or they'd stop growing the strain [Lindsay needed]. It became one nightmare after another... we’d find a new product, and then that company would fall through," said Lanai.

Next to accessibility, affordability is the other enormous problem. Thankfully, companies like Australian Natural Therapeutic Group (ANTG) have been able to help Lindsay via a compassionate care program. Without their help, Lanai says they'd be looking at up to $90,000 per year securing medicine for Lindsay. They still end up forking out hundreds and sometimes thousands of dollars a month depending on the supply blockage they are facing at the time.

"The difficulty in acquiring commercial licencing has led to a saturation of the Australia medicinal cannabis market from countries such as Canada, where companies are not required to meet the same level of restrictions placed on Australian businesses," said ANTG CEO Matt Cantelo.

"It’s imported at a premium price. Many patients in Australia are unable to afford the ongoing costs of imported medicinal cannabis," he told Mamamia.

Matt's NSW based facility was recently granted a license to produce large quantities of medicinal cannabis oil for commercial use - a move which will mean more affordable access for Australian patients. They're hopeful they'll have four new varieties of Australian medicinal grade cannabis oils available in the market within the next few months.

But as the Carters know all too well, right now the demand is far greater than the current supply, and it means someone always misses out. Right now that's Lindsay, who needs a very particular type of cannabis oil that's not currently available.

Thankfully, this week he finally got access to more flower product, but his mum says without the oil he will end up in hospital again. 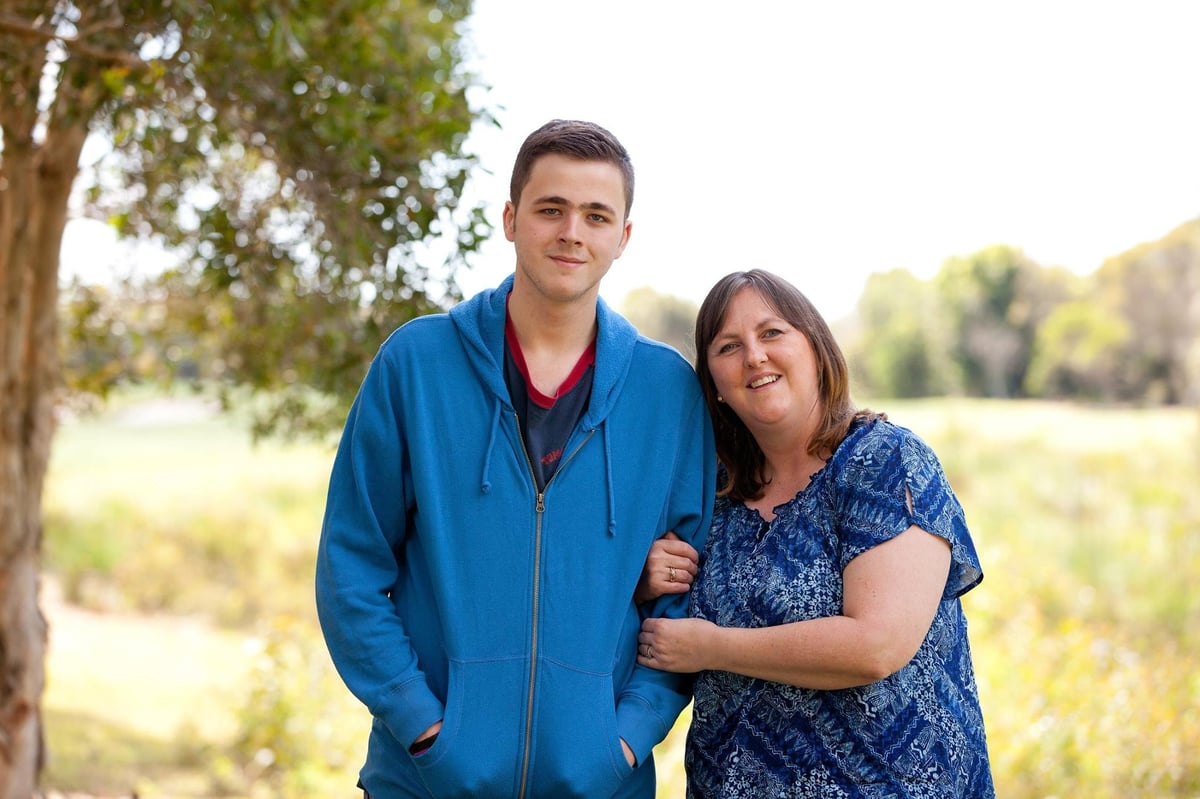 The Carter family have been fighting the same fight in Australia since 2014. Image: Supplied/Gary Mills Photography.

Access to medicinal cannabis is granted by the Therapeutic Goods Administration, and in 2020 the number of approvals was up around the 100,000 mark. In March 2021 alone, there were 8000 approvals.

"The government needs to step up and make sure the measures they are taking have that foresight into the future so there's always an adequate supply [of cannabis for medicinal use]. There also needs to be more funding options. Patients can’t be left in this situation where they can’t afford their medicine so they just suffer. But it just feels like there’s a long time between now and when there’s actually going to be suitable solutions," Lanai told Mamamia.

Without consistent access to suitable oils, Lindsay is unable to work and has had to give up on studying cybersecurity - which he was loving.

"He would have had a very bright future ahead of him if he’d been able to complete that qualification but there were interruptions to his medicine again and he ended up in hospital after having five tonic-clonic seizures (a seizure that involves a loss of consciousness and violent muscle contractions) in 24 hours," she said.