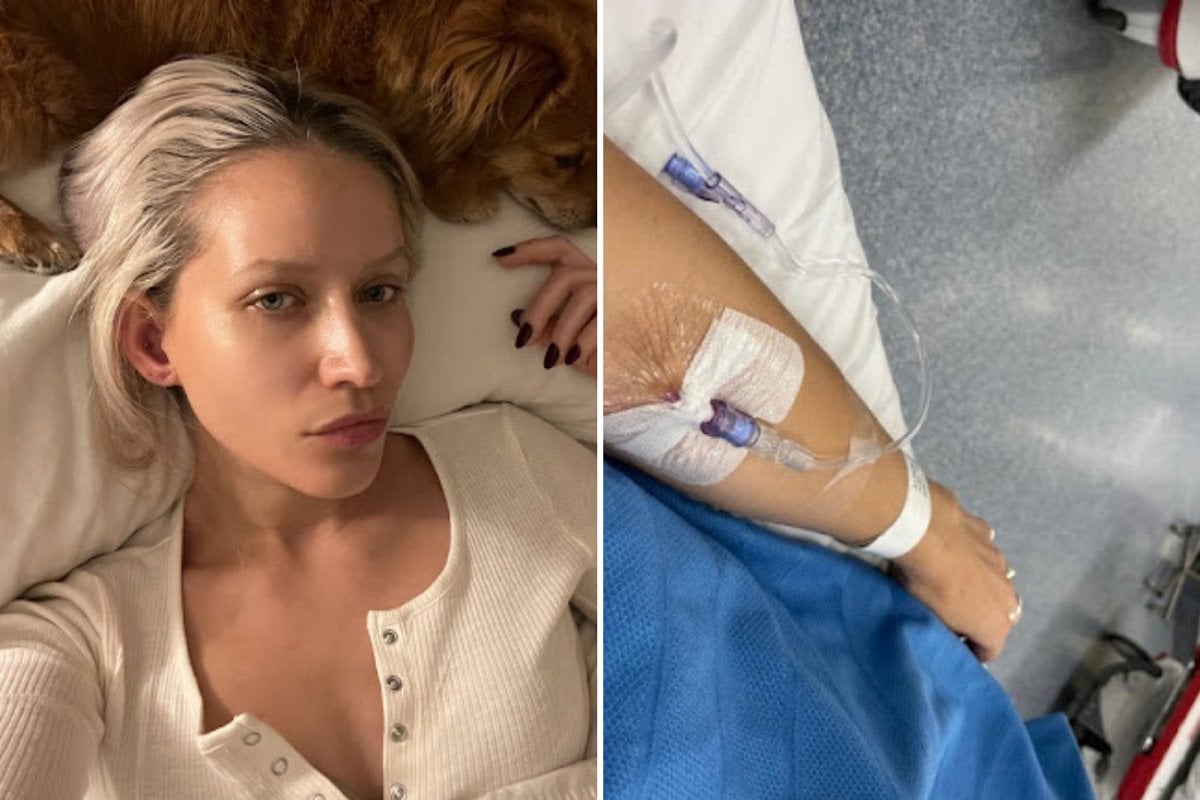 Even as I type this, I can scarcely believe it’s true, but - I’ve caught COVID twice, in 21 days.

To say that I feel hard done by is an understatement. I am double vaccinated and I tested positive the first time, smack bang before the holidays, in the most horribly perfect little window that would ensure I spent both Christmas and New Year’s isolating.

When I was eventually discharged by  NSW Health after 13 days at home, I was told that I’d had the Delta strain, and assured that my sense of taste and smell would return soon. Losing both had its ups and downs.

Watch how to protect yourself against coronavirus. Post continues after video.

Being unable to enjoy the flavour of foods had made life seem temporarily futile, but my dog happily and comfortably snoozed on my pillow every night - a rare luxury, permissible only by the fact I was no longer phased by the pervasive stench of his breath.

Delta, whilst rough, had been substantially less shit than I had expected. I had cracking fevers, a bastard headache, chills, fatigue and the overarching feeling that this is what it must be like to get hit by a truck. I had no appetite, slept entire days away - but at no point did I feel like I may end up in hospital fighting for my life. Go, vaccines!

I’d love to say I then had a week of relative normalcy before being struck once more, but honestly? Though ‘recovered’ for the most part, the lingering tiredness and heavy brain fog were no f***ing joke.

I finally managed one skimpy little night out, where I pranced all over town drinking margies, shortsightedly declaring that my recent production of antibodies rendered me damn near invincible. At one point I distinctly recall even going as far as to declare: "LOL! You can’t catch it twice!"

And that there, my loves, is the very definition of ‘famous last words’, because as it would happen - little more than three days later - Omicron would come along, ready to f**k up my hot girl summer.

Read more: So, you have COVID-19. Here’s exactly what you should do next.

It began the same way the flu and colds generally do. Sore neck, sore throat, sore eyes, sore head. I made myself a doctor's appointment for the following day, thinking it wouldn’t hurt to have a little post-coves catch up, anyway. But the next morning, for lack of a better word: I felt f***ed.

I could barely lift my head off the pillow, every muscle in my body ached, I felt cripplingly nauseous and could potentially have drowned in my own sweat. Unsure if I could physically even make it to the doctors (and doubtful they’d let me in, anyway) I swapped my appointment for a phone consultation.

Instructed to do a rapid test first, even when it came up positive I still wasn’t buying it. Nope. Nope. No. Not Covid. Not me. Not again.

I had a long chat with my doctor, and whilst he shared my ‘surely f***ing not’ sentiments, he couldn’t deny that the positive rapid, fresh onslaught of symptoms and circulation of two separate strains did make this theoretical hell a possibility.

In any case, he advised it was definitely worth getting a PCR test just to be sure.

So I got in my stupid little car, and drove to the stupid little test site, with my stupid little dog. I was feeling pretty annoyed, as this was obviously a big old waste of my time. Just goes to show how wrong one can be, though. One minute I was cracking jokes about my non-existent gag reflex tellin’ on me during a throat swab at the drive-through, next minute, bang.

Positive for COVID round 2!

I’ve gotta say, I was crushed by this news. I’d had one foot in a deep depression hole all of late December / early January. I don’t think I’m alone in starting the year with a heavy feeling of "not this shit again" - after all, who would’ve thought 2020 would be a trilogy?

Personally, I’d also been through the wringer and this was the final straw. I’d endured a messy marriage breakdown, the struggle and exhaustion of single parenting young twins, trying to carve out a career as a writer, keep my mental health together and never, ever, drop any of life’s many balls.

Then a kidney infection. Then COVID. Then COVID again. I was well within my rights to feel trés "f**k this".

I didn’t have too much time to throw pity parties though, as I swiftly became too sick to really care. I don’t know if it’s because my body was already ravaged by the first strain, but I was unwell. The "mild" symptoms purported by the media stank of BS, to me. 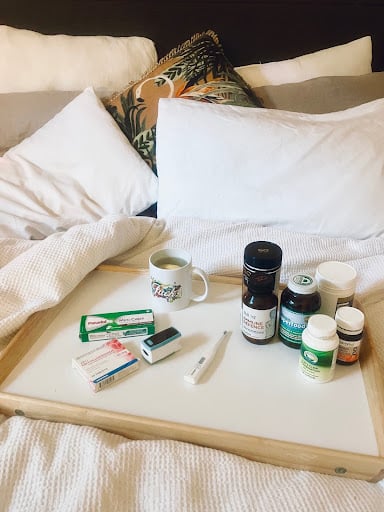 'I’d also been through the wringer and this was the final straw.' Image: Supplied.

Even now, readying myself to emerge from isolation, I’m far from 100 per cent. I feel about 80 years old. My body is broken. Making a cup of tea tires me to the point I need a little ‘sit down’.

Climbing the single step into the raised part of my garden makes my legs ache like I’ve run a marathon, and for the first time in my entire life I’m on a ‘health kick’ - I feel so run down that I can’t help but be acutely aware of the need to rebuild.

Plus, I’m mad - real mad. I feel silly for not knowing double-COVID was even a thing. In the early stages of my second batch of symptoms I spent ages googling questions like “can you catch COVID twice?” and there was little, to nothing, to convince me that (at least in such a small time frame) you could.

Up until yesterday there was even a very famous sports player using the “immunity” procured from infection to skirt around vaccine requirements, and most frustratingly - advice from the chief health officer stating that those re-exposed to the virus needn’t isolate, if they’ve been infected within the last 30 days.

Alarmingly, two nights before I tested positive for the second time I even entered the emergency department for an unrelated issue and wasn’t tested because I’d ‘already had it’.

I ended up being put into a bed opposite someone whose rapid test had come back negative, but was later moved to the COVID ward when discovered to be positive - which is one of two ways I think I may have caught it.

The who, what, where and when's are pretty irrelevant whilst two strains run so rampantly, though, so all I can say to you is this: if you think super-immunity was forged in the fires of your first strain, think again.

Don’t get cocky, don’t get complacent and don’t put yourself in a position where you’ll have to eat your tequila-soaked words again later.

I’ve spent two out of four weeks away from my children. I missed the first Christmas where they understood what was going on. They’ve been staying at their Dad’s house while Mummy "rests" and we’ve had to do our goodnight kisses via Facetime. I miss them so much it’s an actual physical ache in my chest. 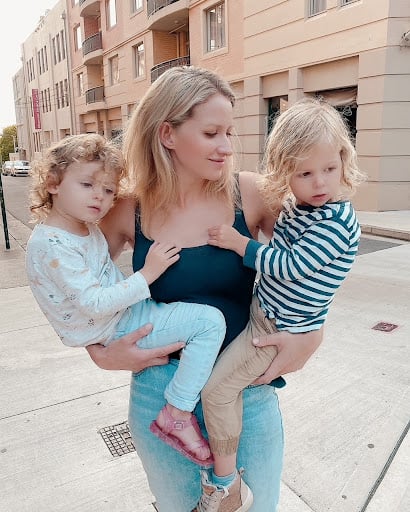 'I miss my kids so much it’s an actual physical ache in my chest.' Image: Supplied.

It’s also been financially strenuous, I’ve not been able to work since last year, and as a freelancer I have no leave to fall back on.

Had I known reinfection was a possibility I would have kept my guard up. My one, singular night out might have been more carefully chosen, perhaps at a quiet local pub, as opposed to an at-capacity inner city bar.

If this article can stop one person becoming reinfected, or a reinfected person unwittingly passing it on, then its purpose has been served.

You definitely can catch it again.

Carly is double vaccinated. She is a Mamamia contributor and writer based in Sydney. You can connect with her here.