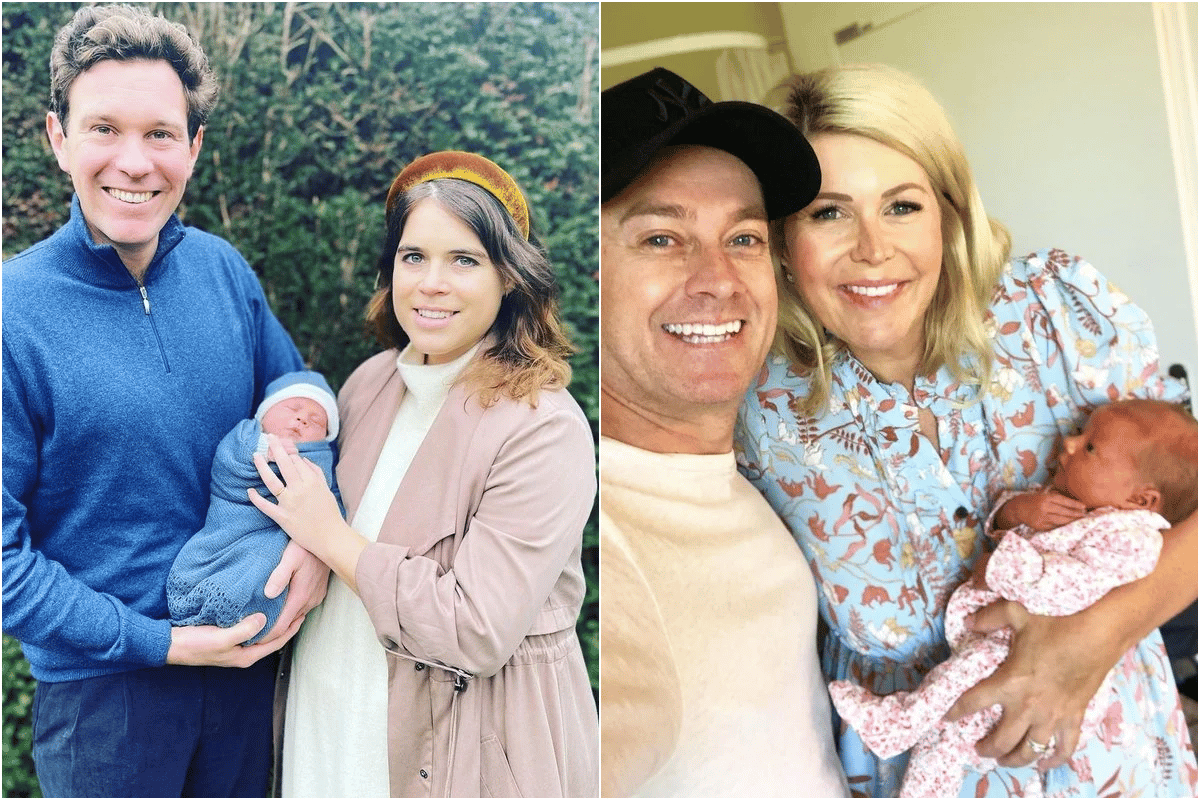 February this year was all about August. Princess Eugenie and Mandy Moore have both given birth last month and both have chosen the name August for their baby sons.

August was already a hot name – and now, it’s just getting hotter.

For Princess Eugenie and husband Jack Brooksbank, who welcomed their son into the world on February 9, the name August was a nod to the bub’s great-great-great-great-great-grandfather Prince Albert, whose full name was Francis Albert Augustus Charles Emmanuel. (When you’ve got ancestors with as many names as that, you’re sure to find something you like in the family tree.)

Meanwhile, This Is Us star Mandy Moore, who announced the arrival of her son earlier this week, has explained on Instagram why she and husband Taylor Goldsmith chose the name August.

“It was last August when @taylordawesgoldsmith and I found out we were having a boy (it’s also Taylor’s birth month) and we always loved the name... so it was settled very early on in our book.”

Even before these two little cuties came along, August was on the up-and-up. Last year, American website Nameberry listed August as one of its “hottest boy names 2020”, based on interest from the website’s readers. (Other “hot” boy names on the list, if you’re looking for inspiration, include Roman, Atlas and Apollo.)

August is still pretty uncommon in the UK, where the most recent figures put it in 740th spot. But in the US, it’s been rocketing up the charts in recent years, and is now in 167th spot, the highest it’s been since 1915.

August is now also starting to take off for girls in the US, just sneaking into the girls’ top 1000. The Office star Oscar Nunez gave the name to his daughter, born in 2012.

So why all this love for August?

August, as a month, takes its name from the first Roman emperor, Caesar Augustus. His title, Augustus, means “majestic” or “great”. So it’s got that sense of history to it, and a really strong meaning. (Americans are really into boy names that suggest majesty, with King, Prince and Royal all in the top 500.)

But maybe the reason that August is taking off right now, rather than Augustus, is that there’s something kind of cool about a month name.

For American baby girls, June is more popular now than any time since the 1950s.

As for May, British parents love pairing it up with other vintage names to create super-sweet hyphenated baby names. Lily-May, Gracie-May and Elsie-May are some of the favourite combos.

Australian parents are doing a similar thing, but many prefer the spelling Mae (think The Bachelor’s Matty J and Laura with Marlie-Mae, and MAFS star Davina Rankin with Mila-Mae).

And the other months?

Well, April still gets used a bit, but it went out of fashion too recently to come back in a big way. Much further down the US girls’ popularity charts comes October, just edging out November, December and September.

There is no love for February or March.

As for day names, Sunday hit the spotlight in 2008, when Nicole Kidman and Keith Urban chose the name for their baby daughter (who was born on a Monday).

Kidman’s late father, Antony, said at the time that the name was inspired by Australian arts patron Sunday Reed.

But Urban later told talk-show host Ellen DeGeneres that he and Kidman just loved the name of the day, and the “family” feel of Sundays.

"It went from being sort of the most dreaded day of the week for us to being the most joyous day because we just had a family," he said.

Yet, strangely enough, Sunday hasn’t really taken off since Kidman and Urban used it for their daughter.

It’s not even in the top 1000 in the US or the UK. In fact, Wednesday – the name of the creepy, kooky pigtailed girl in The Addams Family – gets used more often in the US than Sunday.

And over in the UK, Ruper Grint and Georgia Groome named their 2020-born baby daughter Wednesday.

But could Sunday still have a chance of becoming big in Australia? On February 10, Grant and Chezzi Denyer welcomed the arrival of their new baby daughter Sunday.

It’s a name that blends in perfectly with the names of older sisters Sailor and Scout.

Chezzi Denyer explained on Instagram that she had always loved the name Sunday – and the nickname “Sunny”, which Scout and Sailor use for her, seems perfect.

“And she is like a ray of sunshine for us since being born,” she added. “Funnily enough our favourite day of the week to enjoy family time has always been Sunday... ever since we travelled the road with Sunrise and Sunday was the only day we spent at home.”

With all the love Australia has for the Denyers – not to mention weekends – the name Sunday could be about to have its day.

Looking for more baby name inspo? We've listed some of our best baby name stories below.

The top 20 baby names most likely to be... sports stars.

Flora, Wilfred, Ludo: Why posh baby names could have their moment in 2021.

From heroes and villains to actual animals: The most popular baby names for 2021.