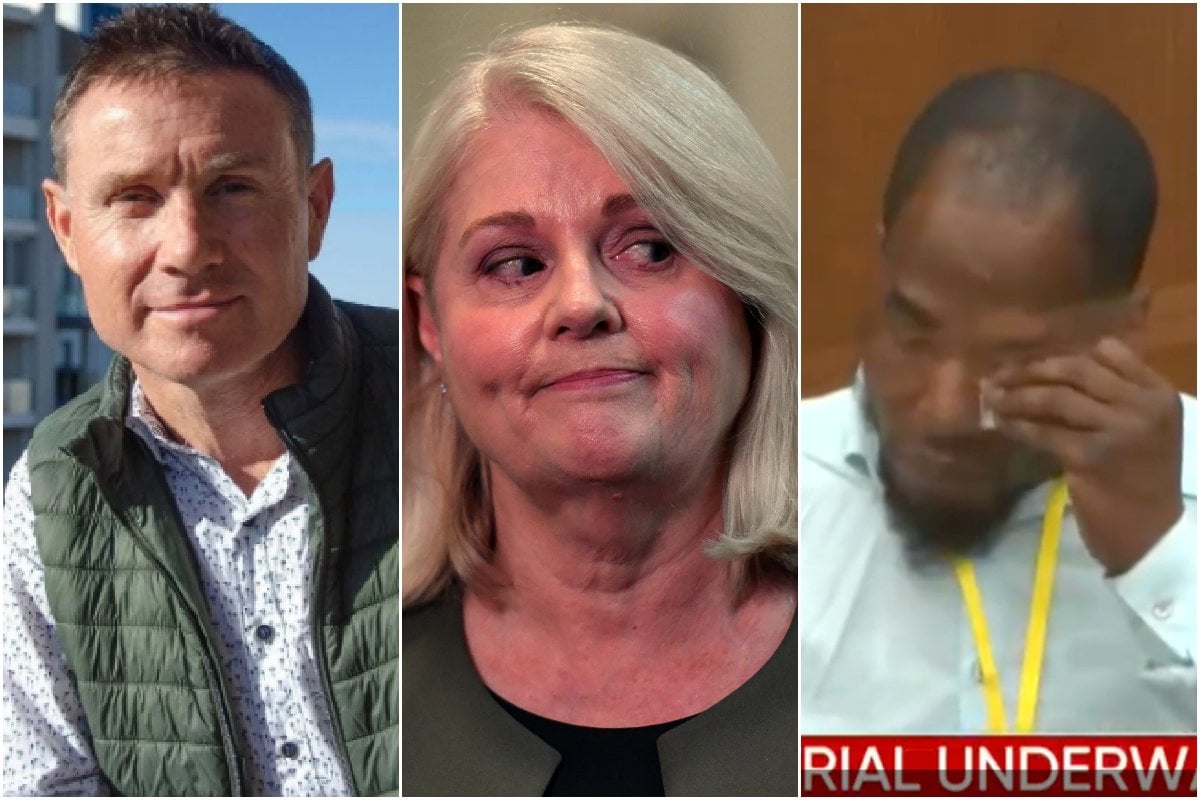 New South Wales has recorded one new locally acquired case of COVID-19, linked to the Queensland cases who attended a hen's party in Byron Bay.

Chief Health Officer Dr Kerry Chant said the new case was a man in his 20s who attended the Byron Beach Hotel with three of his friends and sat near the Queensland travellers who were infectious at the time.

His friends have returned negative results.

Premier Gladys Berejiklian said there was no need at this stage to close the Queensland/NSW border, but she announced new restrictions for Byron Bay and surrounding areas.

Until the end of Easter, residents of the Byron, Ballina, Tweed and Lismore shires are limited to 30 visitors in a home.

All venues will resort to the four square-metre rule and customers must remain seated.

"We also ask for people in those four local government areas to wear a mask and we will make this mandatory in retail, if you are going shopping, in hospitality venues if you're a worker, on public transport, although we know most people will be going around in driving, so that includes taxis and Ubers," Berejiklian said.

"Make sure you wear masks until at least the end of Easter as a precaution to make sure that if there is any community transmission, we haven't got under control, that we maintain that."

Berejiklian had earlier warned NSW residents to expect cases related to the Brisbane nurse who travelled to Byron Bay.

On Wednesday, Queensland recorded two new community cases, both linked to the nurse.

Queensland Premier Annastacia Palaszczuk said an update would be provided tomorrow at 9am local time, and if it's "encouraging news tomorrow, we will be lifting the hotspot for Greater Brisbane".

Queensland police are looking into allegations against federal politician Andrew Laming, after a formal complaint was made.

Dr Laming took a photo of a woman in 2019 as she bent over at a landscaping supply business and her underwear was exposed.

He has not denied taking the photo without the woman's consent but says there was nothing untoward.

The woman spoke to police on Monday, and on Tuesday lodged a formal complaint.

The woman at the centre of an up skirting allegation against under-fire Liberal MP Andrew Laming has made a formal complaint to police. pic.twitter.com/NZZ7w8hPXm

The complaint will now be assessed by police.

Dr Laming is also under fire after admitting to bullying, stalking and harassing women over several years.

The 54-year-old has been given a month of paid medical leave to seek counselling and empathy training.

But he intends to rejoin the coalition party room upon his return and remain in parliament until the next election.

Scott Morrison is resisting pressure to expel the disgraced backbencher because it would plunge the coalition into minority government.

New Home Affairs Minister Karen Andrews, who openly called for change during the recent turmoil over the treatment of women in parliament, has been accused of bullying.

The claims have been made by a female senior adviser, who's now reportedly on stress leave after complaining about the workplace culture in the minister's office.

The Australian reports the woman made an initial written complaint in August and another in March when Ms Andrews was still industry, science and technology minister.

A senior Liberal adviser has taken stress leave from Karen Andrews’ office after claiming the new Home Affairs Minister bullied, humiliated and victimised her over a six-month period. By @SharriMarkson @kloussikian @australian https://t.co/asWvj4MBhS

"The manner in which I have been treated is disrespectful, ­humiliating and demeaning ...," the woman claims in the March letter, cited by The Australian on Wednesday.

"This bullying conduct has ­occurred over the last 6-8 months and appears designed to force my departure from my employment ... however given I have not done anything wrong, I do not believe I should be forced to leave my job and put myself in a very difficult ­financial position."

A spokesman for Ms Andrews told The Australian the minister rejected the claims.

Man acquitted of burning his wife to death in Sydney.

Seven years after Parwinder Kaur was seen engulfed in flames moving down her Sydney driveway with her husband behind her, he has been cleared of her murder.

Kulwinder Singh said he had been upstairs packing clothes when he heard her screaming, telling police "she did it to herself".

Ms Kaur sustained burns to 90 per cent of her body in the petrol-fuelled blaze at their Rouse Hill home on December 2, 2013.

A NSW Supreme Court jury on Tuesday took two hours to find her 42-year-old husband not guilty of murder.

He faced a retrial after another jury was discharged in October 2019 when it failed to reach a verdict.

One neighbour had heard a "loud blood-curdling" scream, before Ms Kaur was seen on fire, slowing moving down the driveway, with her husband behind her.

Prosector Philip Hogan alleged Mr Singh poured petrol on his wife before setting her alight after arguing over finances, including his requests for her to contribute to the mortgage.

But his barrister Margaret Cunneen SC said Ms Kaur poured the petrol and set herself on fire to create a "drama", confident the blaze would be put out.

"There is simply no forensic evidence that supports the crown case," Ms Cunneen said.

"It all points to the only other possibility that, for her own reasons, she set herself on fire."

"There was not a skerrick of petrol" on his shirt, trousers or sandals although petrol traces were found on the laundry floor, she said.

Victoria's latest round of $200 travel vouchers have been snapped up in three minutes, with the state government announcing more will be released for those who missed out.

The 50,000 vouchers for travel in regional Victoria were released on Tuesday morning and exhausted in a record time.

With more than 46,000 people waiting to apply at 10am, the allocation was gone in three minutes and 35 seconds.

It was the largest release of the vouchers to date, with 200,000 now taken up by Victorians.

Overwhelming demand led to the website crashing when the first batch was released last December.

Late on Tuesday, acting Minister for Tourism, Sport and Major Events Jaala Pulford announced unused regional vouchers taken up in earlier rounds would form the basis of a fourth release.

A man who was among the onlookers shouting at a Minneapolis police officer to get off George Floyd last May has testified that he dialled police after paramedics took Floyd away "because I believed I witnessed a murder".

Donald Williams, a former wrestler who said he was trained in mixed martial arts including chokeholds, returned to the witness stand on Tuesday, a day after describing seeing Floyd struggle for air and his eyes roll back into his head.

He said he watched Floyd "slowly fade away... like a fish in a bag".

Chauvin trial witness, MMA fighter Donald Williams, says “I did call the police on the police” when he saw George Floyd killing, “because I believe I witnessed a murder.” pic.twitter.com/yqsLHjyuNv

Prosecutor Matthew Frank played back Williams' 911 call, on which he is heard identifying officer Derek Chauvin by his badge number and telling the dispatcher that Chauvin had been keeping his knee on Floyd's neck despite warnings that Floyd's life was in danger.

She offers to switch him to a sergeant.

As he is being switched, Williams can he heard yelling at the officers, "Y'all is murderers, bro!"

During cross-examination on Tuesday, Chauvin lawyer Eric Nelson sought to show that Chauvin and his fellow officers found themselves in an increasingly tense and distracting situation, with the crowd of onlookers getting agitated over Floyd's treatment.

Nelson pointed out that Williams seemed to grow increasingly angry at police on the scene, swearing at and taunting Chauvin with "tough guy," "bum" and other names, then calling Chauvin expletives, which the defence lawyer repeated in court.

Williams initially admitted he was getting angrier but then backtracked and said he was controlled and professional and was pleading for Floyd's life but wasn't being heard.

Republican former President Donald Trump has launched his own official website as a platform for his supporters to stay in touch and to showcase his time in office.

The 45office.com website's home page displays multiple pictures of Trump with various figures including his wife Melania, members of the military and world leaders, which were taken at events during his time as president.

"The Office of Donald J. Trump is committed to preserving the magnificent legacy of the Trump Administration, while at the same time advancing the America First agenda," a message on the website's home page reads.

The site also contains a glowing 850-word synopsis of his time in office, highlighting what Trump has often cited as his greatest achievements, including energy and border security, strengthening NATO and other international alliances, and his response to the coronavirus pandemic.

It made no mention of the scandals, corruption investigations, two impeachments or the attacks on democratic institutions that framed his presidency.

- Data was withheld from World Health Organisation investigators who travelled to China to research the origins of the coronavirus epidemic, WHO Director-General Tedros Adhanom Ghebreyesus says.

- Three female polio vaccination health workers have been shot dead in the Afghan city of Jalalabad, government sources said. A number of assassinations have taken place in urban centres since peace talks between the insurgent Taliban and the Afghan government began last year in Doha, many of them targeting professional women as well as government employees, media and civil society members.