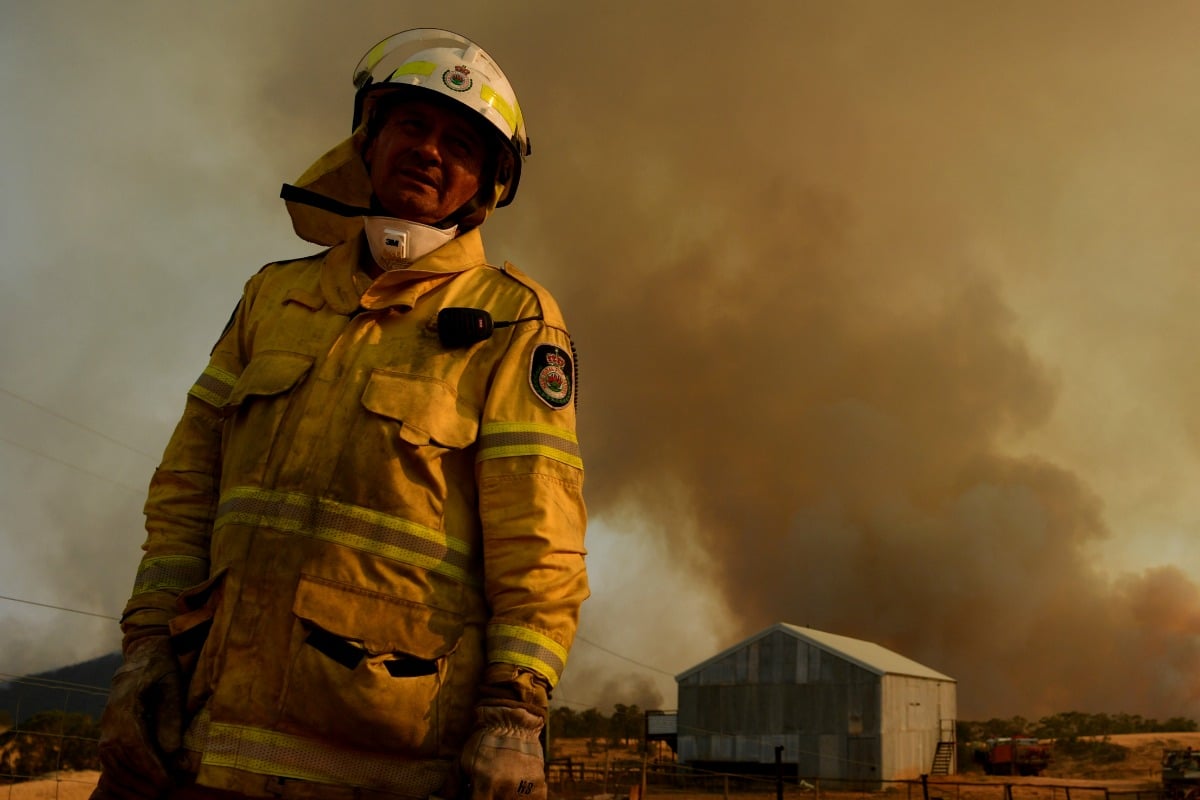 On the NSW/Queensland border right now, a bushfire that has already roared through 294 hectares of land is sending plumes of smoke across the Tweed Valley.

Of course, the events of last summer seem like a lifetime away, given we've faced a global health pandemic in the months since.

But now the fires are back. And the fire burning at Duranbah is as big as 133 football fields. Although no properties are under threat, it is burning close to a major highway. It's also a reminder of the devastating summer of 2019/20.

﻿WATCH: It's time to start thinking about making a bushfire survival plan. Post continues after video.﻿

Last season's bushfires were described as "apocalyptic" and like "an atomic bomb" as they burnt through every state and territory in our country from August 2019 to March 2020.

They were one of the worst we've ever experienced in our history, killing 34 people, destroying 18.6 million hectares of land, and engulfing 6,000 buildings. Nearly three billion animals were killed or displaced.

Our Christmas and New Year's celebrations were covered in smoke and we all waited with bated breath each morning for updates on the ongoing tragedy.

But amongst the horror, there was hope. We saw the rallying of communities around the world who came together to donate their time, money and possessions to Australians who'd lost everything.

It felt like the biggest thing we'd experience in 2020. But we jumped straight from the fires, which were finally all fully extinguished by March 4, into a global health pandemic.

Winter is nearly behind us now, and as the air heats up again, the fires have returned.

At this point last year, this is where we were at: More than 50 fires burning in NSW alone.

This Time Last Year: Between 8-10 August 2019 the first significant spike in bush fire activity occurred in northern #NSW. Fires near Crescent Head and Kempsey were running and threatening homes. There was more than 50 fires burning and a forecast of strengthening winds. #NSWRFS pic.twitter.com/ZJEZNrOMUL

The blaze at Duranbah is the first big bushfire of the new season, and we currently have 10 bush, grass and scrub fires burning in NSW, and three burning in Queensland.

Since July 1, NSW has recorded 702 bush, grass and scrub fires. However, by this time last year the state had recorded triple that number. 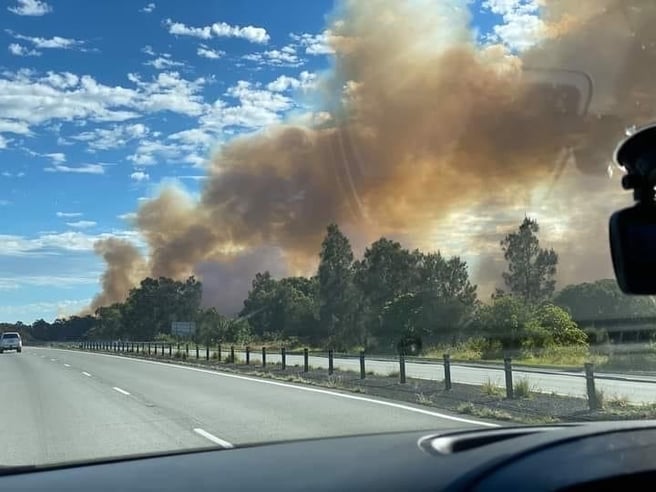 How has our winter just gone compared to last year?

Parts of Australia have already seen more rain in 2020 than they did during the entirety of 2019.

As Ben Domensino, Meteorologist at Weatherzone told Mamamia: "Fortunately, we have seen a wetter lead-up to spring this year in large areas of eastern and southeastern Australia. Of course this hasn't been the case everywhere, with some parts of the country running below average for the year-to-date, particularly in the west and southwest."

While both experts think this groundwork means we're thankfully not in for as bad a fire season as we experienced in 2019/20, Domensino warns: "Fires will still happen."

Last year, we experienced our driest and warmest year on record, with temperatures reaching 1.52C above the long-term average.

The national total rainfall for 2019 was 40 per cent below average which, combined with the drought, provided the perfect conditions for the horror bushfire season.

What exactly are we in for this summer?

It looks like we're in for a wetter and cooler summer.

The Bureau of Meteorology has issued a La Niña alert for coming months which could bring with it enhanced rainfall for central, eastern and northern Australia.

Our #ENSO Outlook has moved to #LaNiña ALERT. This means there's around a 70% chance of La Niña developing in 2020—around 3 x the usual chance.

So, what signals are we seeing in our oceans and the atmosphere, and what could La Niña mean for Australia? https://t.co/xQ0C6yIWwo pic.twitter.com/D5YccN9em8

La Niña events are also associated with a heightened risk of cyclones and flooding, and usually bring milder daytime temperatures.

"If La Niña does develop in the coming months, it would likely suppress the overall bushfire activity we see across Australia this spring and summer," Domensino told Mamamia.

"However, parts of western and northwestern Australia are tipped to have a drier and warmer-than-average spring and summer this time around," he added. 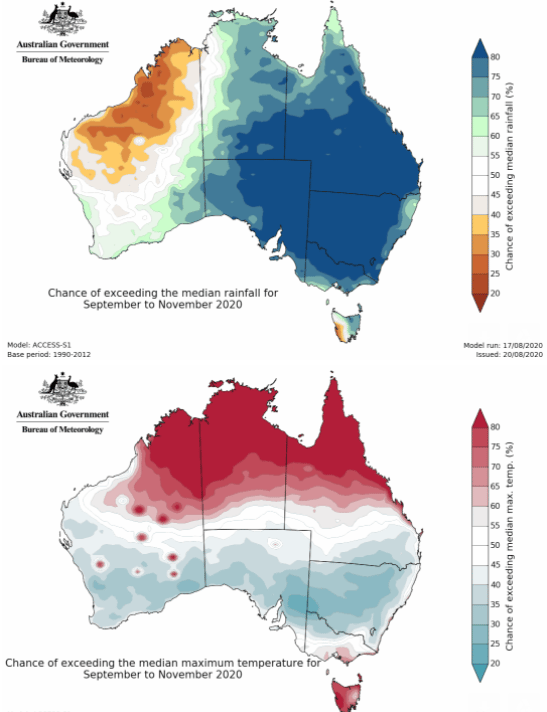 Predictions for the months ahead. Image: BOM.

While La Niñas are typically wet, a similar weather event was declared in 2017 and it sparked the beginning of our latest drought, with the promised rain not lasting long enough for the impacts to be felt. But the La Niña event before that, in 2010-11, was Australia's wettest two years on record.

"The current seasonal outlook for spring (Sep-Nov) and into December is for high chance (over 60 per cent) of above average rainfall over most of central and eastern Australia," Grainger told Mamamia.

But the fires will still come. So where will they spark?

The Australian bushfire outlook report released for 2020/21 predicts there will be a "normal" risk of fire across much of the country this year.

It highlighted a few areas that should be on higher alert, including those parts of the NSW South Coast that did not burn last season.

In Queensland, good grass growth and reduced rates of livestock may increase the likelihood of grass fires taking hold particularly in the southeast.

Parts of the Kimberley in WA can expect "above normal" fire conditions thanks to rainfall from tropical cyclones, while the Northern Territory is being told to expect "normal" fire potential.

Areas of Victoria's Gippsland left unburnt are predicted to be early targets of the season, given the area has experienced three years of drought. 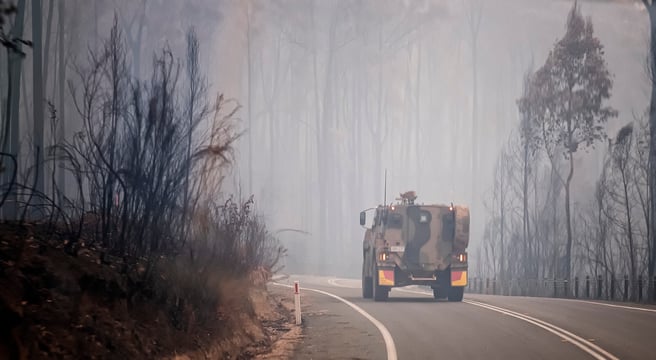 "If this drying trend continues in East Gippsland it's possible that fires in the scale of a thousand hectares may develop under prolonged warm and windy conditions in late winter or early spring," the report warns.

As the Victorian Country Fire Authority told Mamamia, they are preparing for the likelihood of "shorter-duration (one-two day fires), fast-moving grass and crop fires."

South Australia can expect a "low potential" for fire activity this season, while fire threats are considered "normal" in Tasmania.

Emergency Management Minister David Littleproud says all Australians have to prepare for another tough bushfire season.

"While this rain is very welcome it will lead to strong grass growth that, once the grass dries, could pose a significant fire risk," he said.