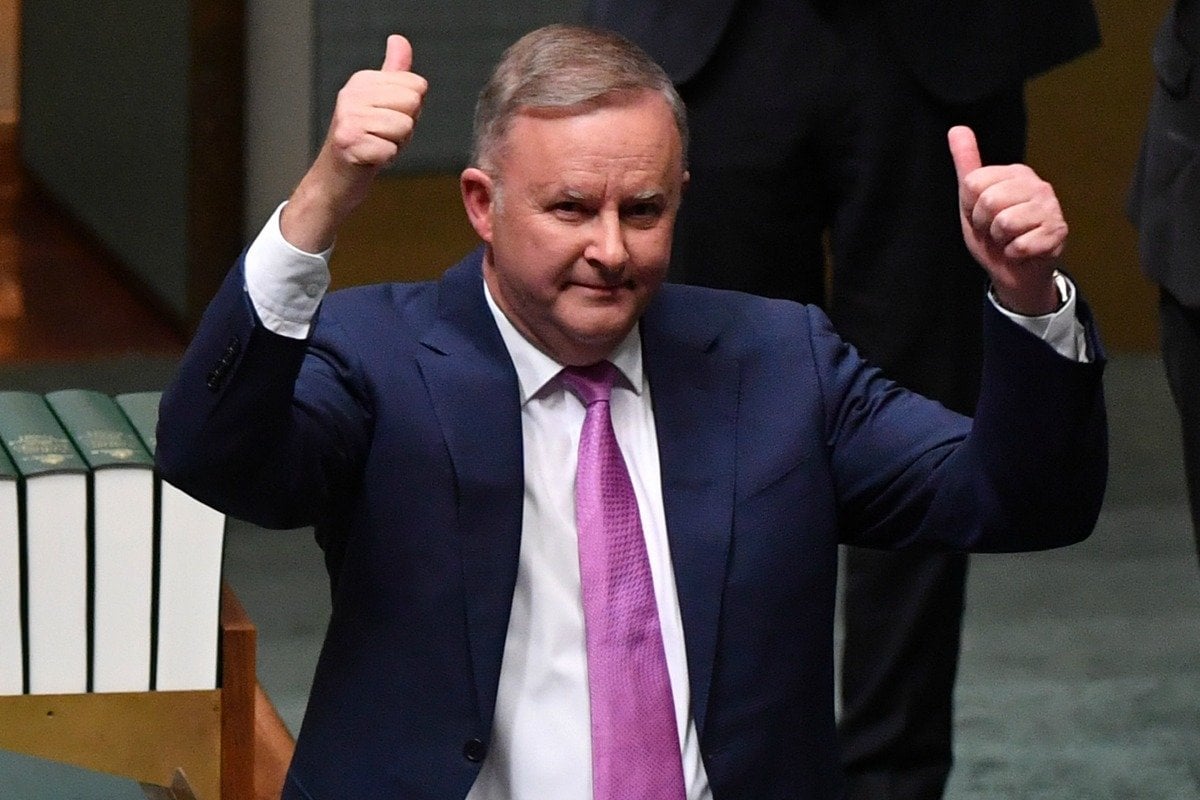 While all eyes remain on America's polarising federal election as November 3 looms, a lot is happening back home in our own political bubble.

On Tuesday night, the Morrison government delivered their 2020 Federal Budget, and on Thursday, the federal opposition was granted the right to reply.

It's the official kick-off of policy debate, as we once again start a countdown to our own federal election, which is currently tipped to be sometime in the latter half of 2021.

And already the petty politics wars have begun, with Morrison and his coalition colleagues accused of disrespecting Opposition Leader Anthony Albanese during his budget speech by feigning sleep and completely ignoring his address.

Morrison was photographed repeatedly fiddling with his phone, turning away from his Labor counterpart and closing his eyes.

PM @ScottMorrisonMP has been savaged for closing his eyes, playing with his phone and turning his back during Albo’s budget reply. #auspol https://t.co/NZ99KaEIO7

Oh boy. It's going to be a long year.

Albanese isn't expected to go into the level of detail that the coalition presents in their budget announcement, but he did give us some key policy differences to chew on.

$240 million has been set aside to cover job creation, new cadetships for women in STEM, choice and flexibility for families, and women's safety at work and at home.

Labor was quick to condemn the Morrison government's commitment to women, but in a 42 page '2020 Women's budget statement' they didn't really confirm any new hard cash promises. They just did a lot of condemning of the government's policies.

The statement reads: "If we're elected to lead Australia, we'll reinstate a Women's Budget Statement in Government to stop women from being left behind."

There was nothing new in the federal budget for the childcare sector, outside of providers impacted by the stage four restrictions in Victoria. The childcare sector was excluded from the JobKeeper program in July, and instead they were substituted to a "transitional support" payment which will continue into 2021.

The maximum childcare subsidy would be increased to 90 per cent, cutting costs for 97 per cent of families.

Albanese pointed out that the current system held back women from working full time, as they had to pay more in order to work after reaching the cap.

"For millions of working women, it's simply not worth working more than three days a week. Building a childcare system that works for families will turbo charge productivity and get Australia working again," he said.

The budget confirmed $1.4 billion in Australian Renewable Energy Agency (ARENA) funding for a further ten years, including $223.9 million over the next four years.

It's also allocated $5 million to electric vehicles, and is spending $50m on carbon capture and storage to fund pilot projects.

A $67.4 million environment and heritage package was announced, with a focus on marine life, recreational fishers and eco-tourism operators.

$250 million has been committed to modernising recycling infrastructure across the country.

However, $52.9 million was also set aside for investment in gas exploration and development, and $50 million is being put towards upgrading a coal-fired power station.

An Albanese government would upgrade Australia's electricity system at a cost of $20 billion to better connect the grid to renewables, in a move designed to create thousands of construction jobs linked to action on climate change and driving down power prices.

Albanese says the six-year plan would see $40 billion in benefits flow in.

The government is spending $1.5 billion on boosting our manufacturing sector and securing supply lines, focusing on defence, space, medicine and medical products, food and beverages, resources technology and recycling and clean energy.

Countering the coalition's manufacturing strategy, Labor wants a national rail plan to capitalise on public transport projects around the nation.

The plan would undertake a national audit of passenger train capacity and condition, develop a procurement and manufacturing strategy and reinstate a rail supplier advocate.

Labor says the plan would create up to 659 full time jobs, create a rolling stock export industry and boost the Gross Domestic Product by up to $5 billion.

No further social infrastructure funding was announced in Tuesday's budget.

"This Budget is a lost opportunity. What we know is that the low-hanging fruit in terms of creating jobs in construction for tradies is in public and social housing," he said.

- The 2020 Australian Federal Budget: Who are the real winners and losers?

- The real losers of this year's Federal Budget? Women.

- "Dear Mr Frydenberg: I'm a working mum, and I have just one question for you. Seriously?