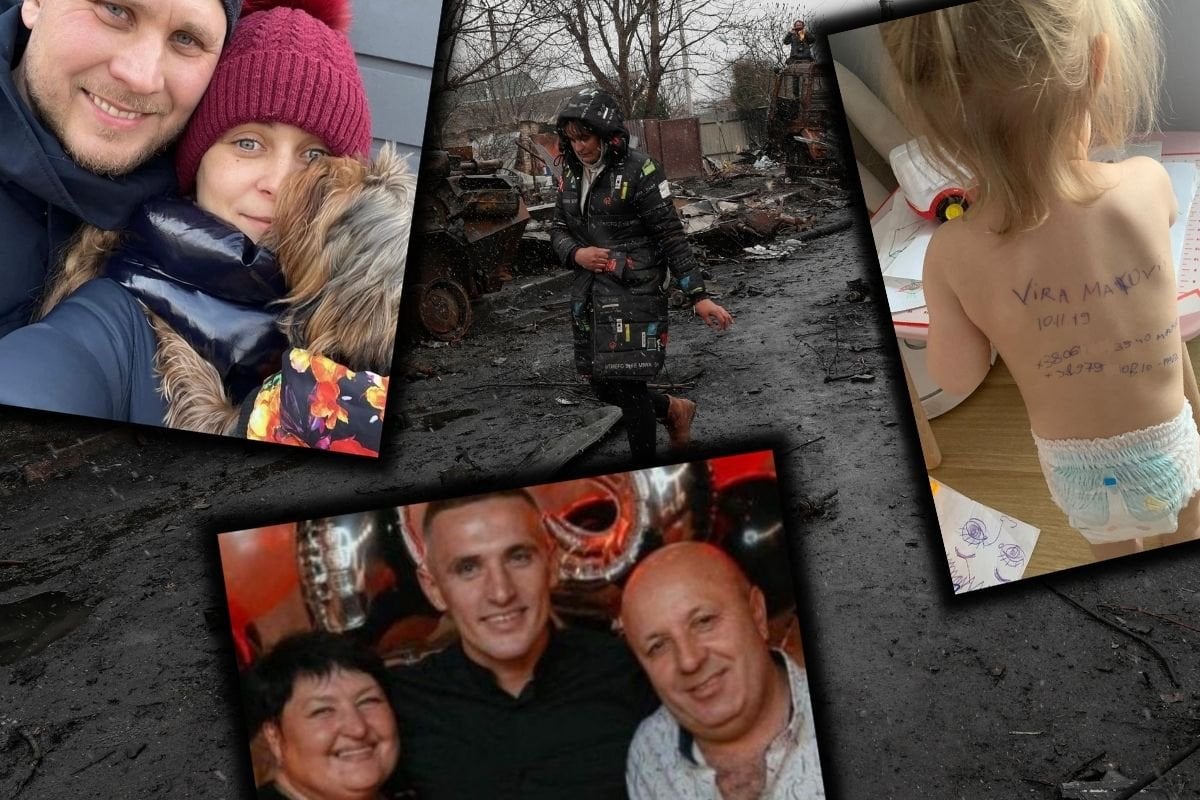 Olga Sukhenko was mayor of Motyzhyn, a village outside of Kyiv, home to only 1,100 residents.

In late February, as the Russians invaded, she wrote on Facebook: "Dear residents of the village. We have someone else's scum in our village. Y'all be careful. Don't leave the houses. Keep calm."

Speaking to The Associated Press, one resident of the town said Russian troops had targeted local officials since the invasion in a bid to win them over, and killed them if they did not collaborate.

Sukhenko was, according to local reports, abducted on March 23 alongside her husband, Ihor, who reportedly convinced the Russians to let him come with her. They returned a few hours later for the couple's son, Oleksandr.

On Saturday, their tortured bodies were found in a mass shallow grave in the village, graphic pictures of which have been plastered across the internet. Pictures too graphic to describe in any real detail here.

Daria Belenitsyna, Oleksandr's girlfriend, told Reuters family initially thought they'd been taken as part of a prisoner exchange. Then the pit in a forest behind a plot of land was found.

The bodies of Olga Sukhenko, the head of the village of Motyzhyn (kyiv region), her husband and son, who were kidnapped by the Russians 10 days ago, were found. This was announced by the head of the Makarov community, Vadim Tokar. (Segodnya) #Ukraine #UkraineRussiaWar pic.twitter.com/wUmtm9w6BD

"I don’t have enough words and strength to describe how I and my whole family feel. This is a crime in every sense," said Daria.

That is just one story. One story of thousands coming out of Ukraine detailing sheer brutality, horrific torture and a Russian offensive so barbaric US President Joe Biden has called for a war crimes trial against Russian President Vladimir Putin.

His was a reaction to the devastation in Bucha, a town of about 37,000 people less than an hour's drive from where the Sukhenko family lost their lives.

There, more than 300 civilians have been killed at the hands of the Russian army, with photos of destroyed streets littered with bodies dominating world news over the weekend.

Instead of showing you those photos, let me show you the reaction from Ukranian President Volodymyr Zelenskyy who visited the devastation left behind.

The visceral pain on his face paints a clear picture:

Husband and wife Anton and Anya were among those trying to escape Bucha as Russians descended. They came under fire at the last checkpoint.

As Anya's classmate wrote on Instagram, "Anton died. He, a peaceful and unarmed resident, was shot by racists, Anya received numerous shrapnel wounds to the head and body. She was taken to a military hospital for surgery and all went well, but ... a small life was beating in her body that was too weak to survive."

In one day, in one split second, Anya lost everything. Her beloved husband who was shot dead in front of her eyes, her unborn child, and her home.

"This is a grief that cannot be described in words. It is impossible to find the right words," wrote her friend.

"Now Anya is in stable condition and I don't know how, but she has the strength to fight for her life. She needs serious rehabilitation - physical and psychological."

Alongside her words she shared a happy photo of the couple - their last happy photo.

As independent journalist Ola Tokariuk wrote online, Bucha was a lovely, rich area of Ukraine that "everyone wanted to live" in. It was set amongst pine trees next to a gorgeous park, and was a popular commuter town for those who worked in the capital of Kyiv.

"Bucha will be rebuilt, but it never be a carefree resort anymore," she wrote.

From this week forward, Bucha will be remembered on a world stage as the scene of a massacre.

"Their hands were tied behind their back and they were shot in the back of the head or in the eyes right on the streets," President Zelenskyy said in a video address this week.

Days after Bucha, there's another town - Borodyanka. Zelenskyy warns it will likely record an even higher death toll.

All of these towns and villages sit on the outskirts of the capital of Kyiv, the prize jewel of Putin's offensive. The city he wants to eventually topple.

Vira lives in Kyiv. She's only one.

In desperation, her mum wrote her contact details on her back in blue biro, should the little girl become orphaned in the war.

As her mum, Sasha Makoviy, wrote on Instagram, "In the photo, Vira's back on the first day of the war. I signed it with my hands trembling very much."

She even considered in those early days tattooing the message on her young daughter, so it could never be washed off. Never be lost.

That family is safe now. They fled to the south of France.

But so many families haven't been that lucky. There have been reports of Russian troops using children as "human shields" while retreating to regroup.

inews reports coaches of children were placed in front of tanks in the village of Novyi Bykiv, 160km north of Kyiv.

These stories are just the tip of the iceberg.

Every day President Zelensky appeals to a new audience - the Grammy awards, the Australian parliament, the UN security council - there he pleads for help, accusing the Russian army of the worst crimes since WWII.

This war has been raging for 41 days now. The UN's estimates suggest Ukraine has lost at least 1,480 civilian casualties, including more than 60 children. But the mayor of the besieged Ukranian port city of Mariupol says that figure is actually more like 5,000 civilians and 210 children.

Russia is not slowing down, and while our government pledges money and military assistance, we cannot forgot their names. Their stories.

Because this violence is made up of thousands upon thousands of smaller tragedies.

That is the reality of war.

Reply
Upvote
It's time for the west to step up with air support for Ukraine. I understand avoiding large scale  war, but what is the point of any of our armies, treaties or courts if we wont stop war crimes? Clearly the Russian army is not the massive threat it seemed before this started, since they cannot even take Ukraine. They are on the backfoot but they can destroy it utterly and they will.

Haven't we spent 70 years condemning the appeasement policies that led to the Holocaust?
P
pippa 2 months ago