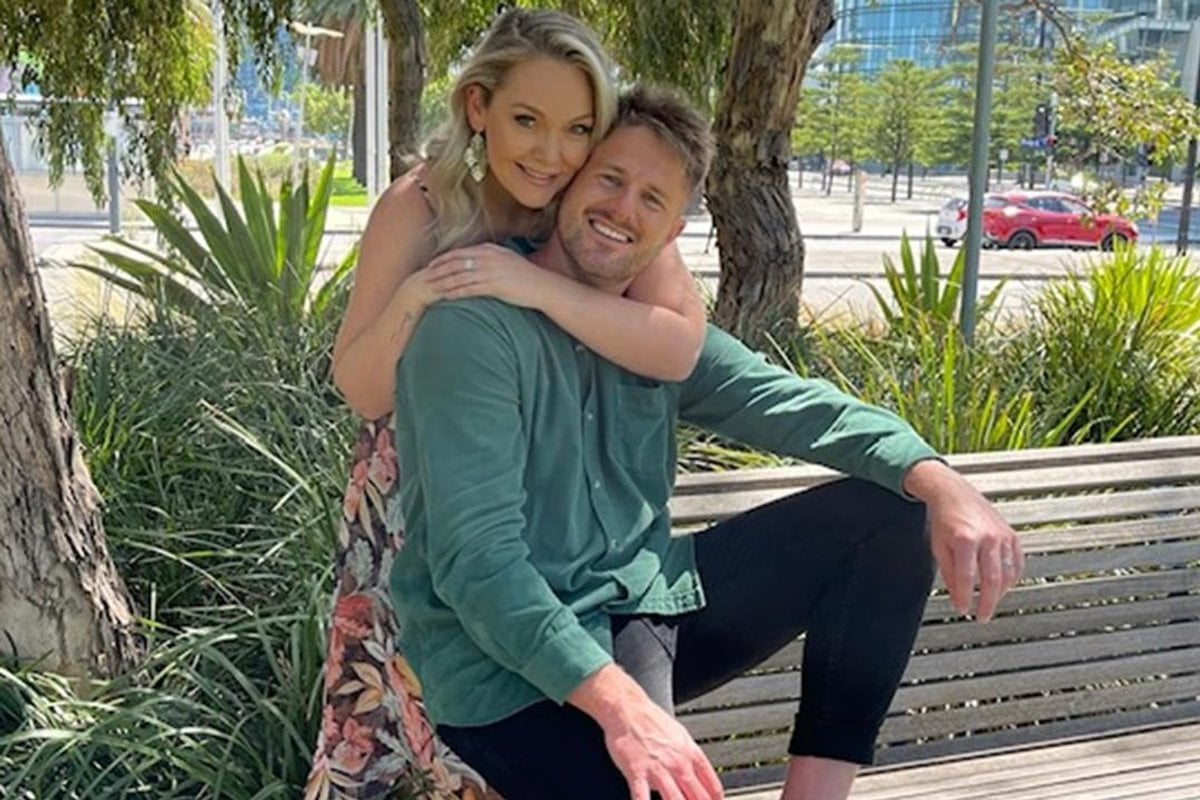 1. Bryce and Melissa are doing the interview rounds, and all their future plans are terrifying.

Married at First Sight's Bryce and Melissa just had a very telling interview with TV Week where they shared their plans for the future and oh boy, they really are living in their own world, aren't they?

"After watching what's happened on the experiment, people are going to find it hard to believe we've actually worked out," Bryce said.

"When you go through a unique experiment, you either go south or north, and it's obviously worked for us. Hopefully, people accept that we're very happy together and accept the relationship for what it is."

Melissa stood by Bryce, saying she would "forcefully deny" that their relationship is toxic.

"It does feel like it's us against the world," the 32-year-old admits.

"We've been told our relationship is unhealthy, but I would forcefully deny that. While I haven't had a lot of relationships, we love each other so much and are exactly like any other normal couple. It's probably one of the best things I've ever had in my life."

What about marriage and kids? Well, Bryce is keen to get moving.

"There's no secret, we just spoke about getting engaged and married for real," he said.

"Within the next year, I definitely say there'll be a proposal – and the wedding won't be too far after that. We're not getting any younger, so we want to look at [having kids] sooner rather than later.

"I think we'll be staying together forever. Well, hopefully – I don't want to let her go!"

2. Interview evidence is very much proving that Blake Lively and Anna Kendrick kinda hate each other.

A TikTok user has come out with huge accusations that Blake Lively and Anna Kendrick "were not speaking" by the end of filming A Simple Favour, and watching the interviews back... it kind of makes sense?

"They were basically enemies and their press tours had to be booked separately," the user, Celebrity Memoir Bookclub said.

In a series of videos, she speculated on why the pair might have been feuding before claiming she received a DM from someone who worked in the production company confirming it was true.

"They HATED each other. The studio even had to have a talk with them about making it look like they liked each other on press tours because it was starting to get obvious," the source said.

"Anna in particular was really competitive with Blake and was constantly asking to make sure she got more promotion than Blake and even made us PHOTOSHOP HER CLEAVAGE in the Simple Favour poster to be as big (or bigger) than Blake’s."

3. All the 'influencers' supposedly going on the new Aussie reality show 'Byron Baes'.

According to Emerald City, one of the castmates set to appear on the show is former Love Island contestant Elias Chigros, who you may remember from season one back in 2018.

These days the 30-year-old works as a personal trainer and has 119,000 Instagram followers.

Here's a photo to jog the ol' memory.

Curve model and content creator Jessica Vander Leahy is also set to be joining the show. The 33-year-old splits her time between the Northern Rivers and Sydney and has over 90,000 Instagram followers. She's also been a guest on Mamamia's You Beauty podcast.

While we're not sure who else will be appearing on the show, Emerald City confirmed rumours that model Elyse Knowles and influencer Ruby Tuesday Matthews will join the cast aren't true, as they both turned down the offer.

Ruby also told her followers that she won't be appearing on the show last week.

"For everyone asking if I’ll be on this show, I declined the offer. Goodbye Byron, you are officially cooked. How embarrassing," she wrote on her Instagram stories.

It looks like we'll just have to wait and see who else has taken the plunge.

Jennifer Lopez hasn't been wearing her million dollar engagement ring in her latest Instagram photos and everyone wants to know why.

The singer, who is currently filming her new movie Shotgun Wedding in the Dominican Republic, has been posting photos of her out and about wearing a diamond ring on her right hand. However, her $1.8 million emerald-cut engagement ring is clearly missing.

What does this all mean you ask? We have absolutely no idea.

But many are speculating that J-Lo could be hinting that she and her fiancé Alex Rodriguez have broken up.

You may recall the pair were rumoured to have split last month, after multiple publications reported they called off their two-year-engagement.

However, they later released a joint statement to USA Today, suggesting they didn't break up.

"All the reports are inaccurate. We are working through some things," they said in the statement, delivered via Rodriguez's representative Ron Berkowitz.

Maybe this is J-Lo's way of telling us it didn't work out after all? Or maybe she just decided to leave her million dollar ring at home? Either way, we'll leave that up to you to decide. 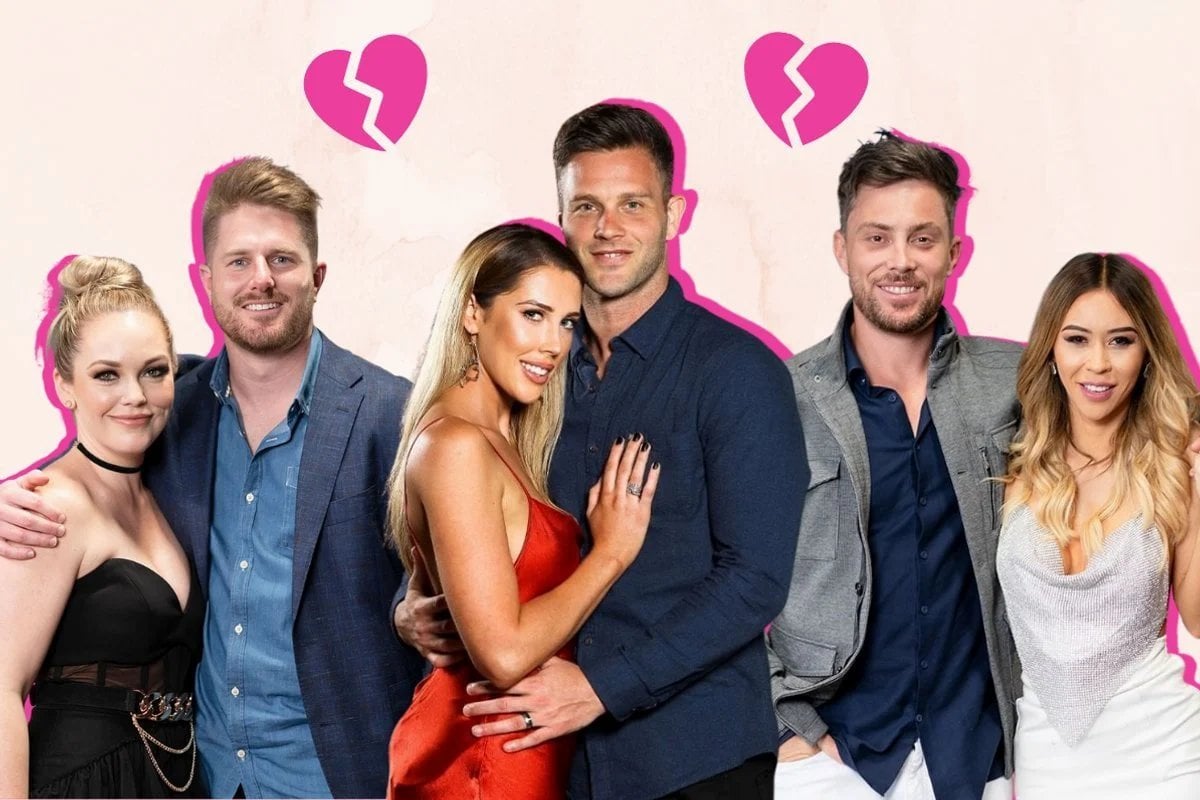 Image: Nine/Mamamia Well folks, we did it.

After a cheating scandal, wine throwing incident and a secret girlfriend, we've finally made it to the last week of Married At First Sight. But we're sorry to say, the drama is far from over.

Just like everything else this season, we know exactly what's going to go down ahead of the final commitment ceremony. And as always, the So Dramatic! podcast has all the tea.

While some couples choose to stay together (for the time being at least), others aren't so lucky.

And in a surprise twist, not one but two contestants supposedly change their minds on the day.

Here's exactly which couples stay together at the final commitment ceremony.

Do MAFS Patrick and Belinda stay together?... It's looking good.

Ok, let's start off with the obvious.

According to the So Dramatic! podcast Belinda and Patrick both write stay at the final commitment ceremony, and there's no surprises there.

The couple also seem to last outside of the show too.

Do MAFS Jake and Beck stay together?... Yes, but there's more.

In actual surprising news, Jake and Beck apparently both write stay and choose to give it a shot in the real world.

One contestant told host Megan Pustetto that "they are showing Jake and Beck not getting along very well but by the final vows they were all good and going well."

"They both write stay at the final vows but Beck made it clear that she wanted to start again and start from scratch and get to know the real Jake... He keeps saying that he's not the a**hole, narcissistic person that he's been in the experiment."

However, it looks like the pair don't last long on the outside. In fact, there's a boatload evidence that suggests they've called it quits, including that time Jake kissed fellow MAFS bride Booka Nile.

To find out which of the couples are staying together or calling it quits, read our full article here.