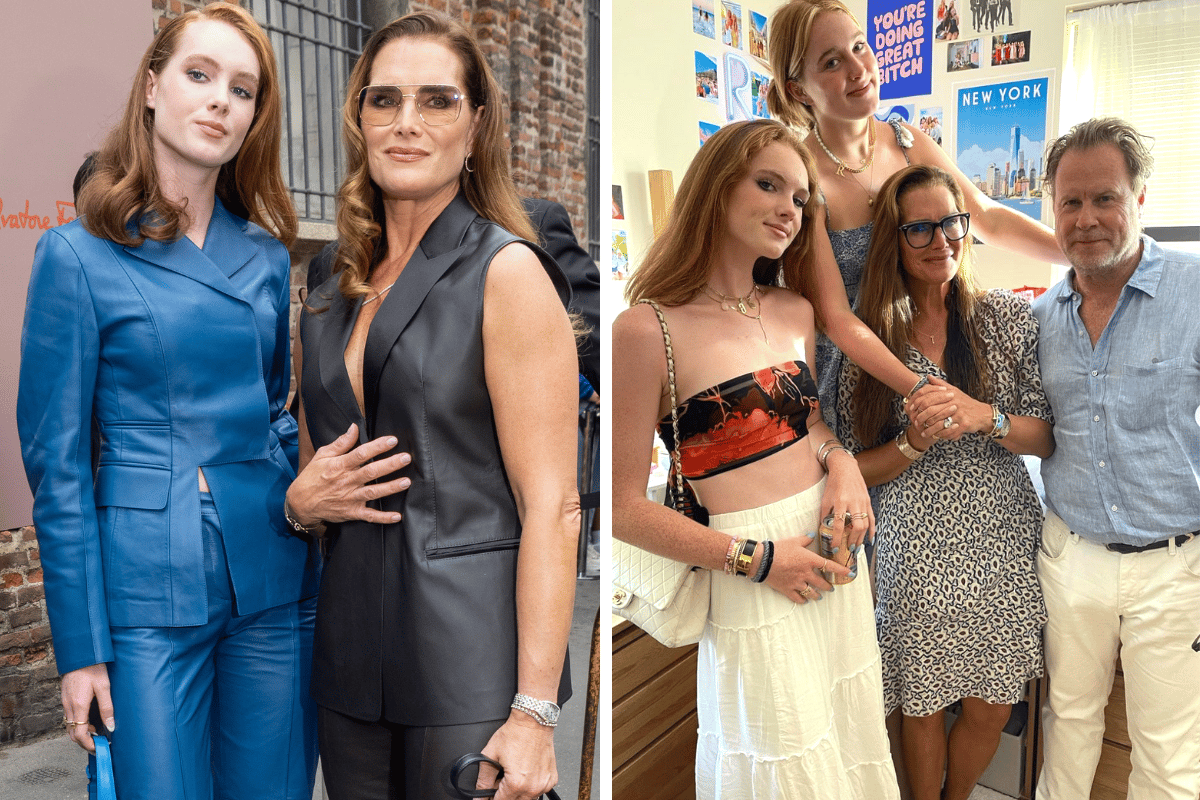 This post discusses pregnancy loss and postpartum depression, and may be triggering for some readers.

Brooke Shields has been in the entertainment industry her entire life, starting her career at the tender age of 11-months-old.

But with fame, Shields came to realise that when she herself became a mother, she did not want her kids to endure the same pressure amid the spotlight.

The actress and supermodel spoke this week about the highs and lows of parenting two teenage daughters, suggesting she is currently enduring the 'A**hole' Stage with one of her kids, aged 15.

So, we thought it perfect timing to take a look back at Shield's rise to fame, her fraught relationship with her mother, experiences of miscarriage, postpartum depression and finding happiness at home.

Want a nostalgia hit? Watch the trailer for Blue Lagoon below. Post continues after video.

At 11 months old, she starred in an ad for Ivory Soap, and at 12 she landed the lead in Pretty Baby. At 14, she starred in the cult classic film Blue Lagoon and became the youngest face to grace the cover of Vogue magazine. By 16, she was one of the most recognisable faces in America.

While the camera adored her, it wasn't her choice to get into the industry.

After Shields' parents divorced when she was one, she was raised by her single mother, Teri, who also worked as her manager. Teri looked after Shields' finances and decided which roles she would take.

It was Teri who decided her daughter would play a child prostitute in Pretty Baby and model for Calvin Klein jeans at 15, saying: "You want to know what comes between me and my Calvins? Nothing." 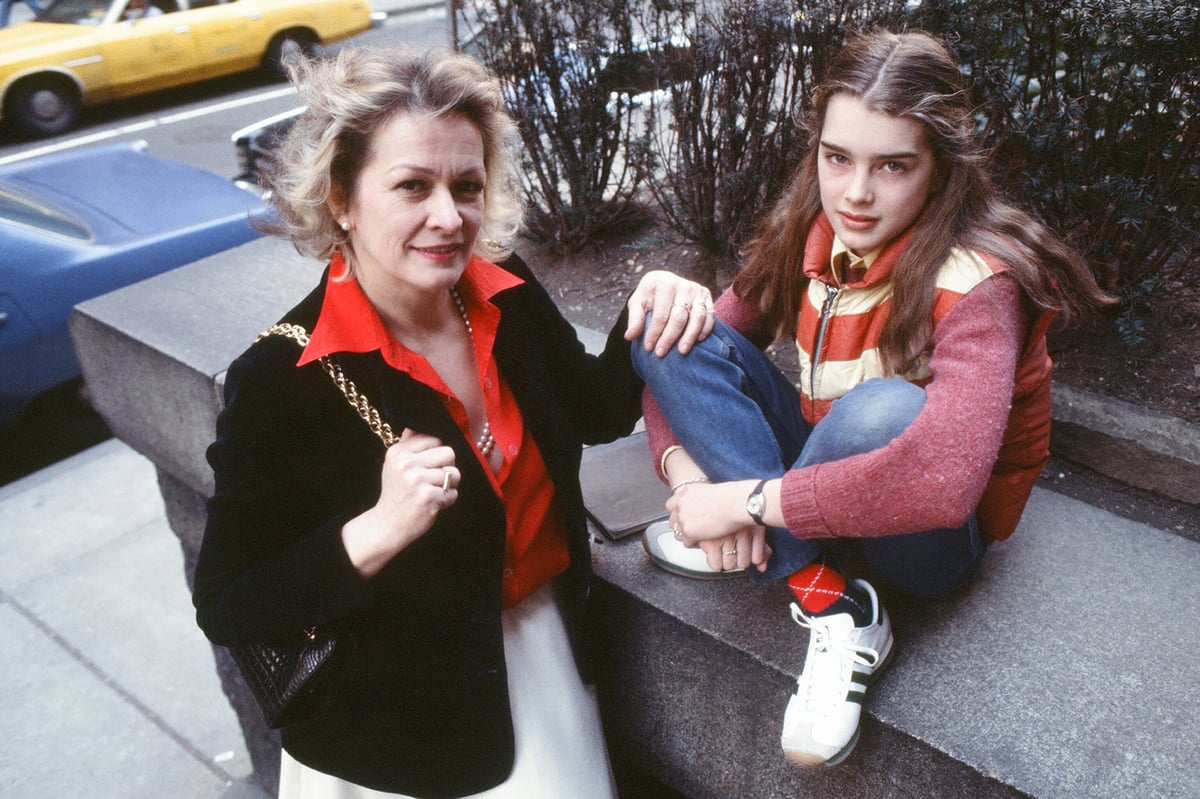 Brooke Shields and Teri Shields. Image: Getty. "Are you proud of what you did? Well, then f**k 'em," Teri would tell her daughter if she ever heard negative comments about herself or the roles she played.

She was also fiercely protective of Shields when it came to men.

"If anybody looked at me sideways, she was like, 'I will cut off your balls and make you eat them,'" Shields told The Telegraph's Stella magazine in 2019. 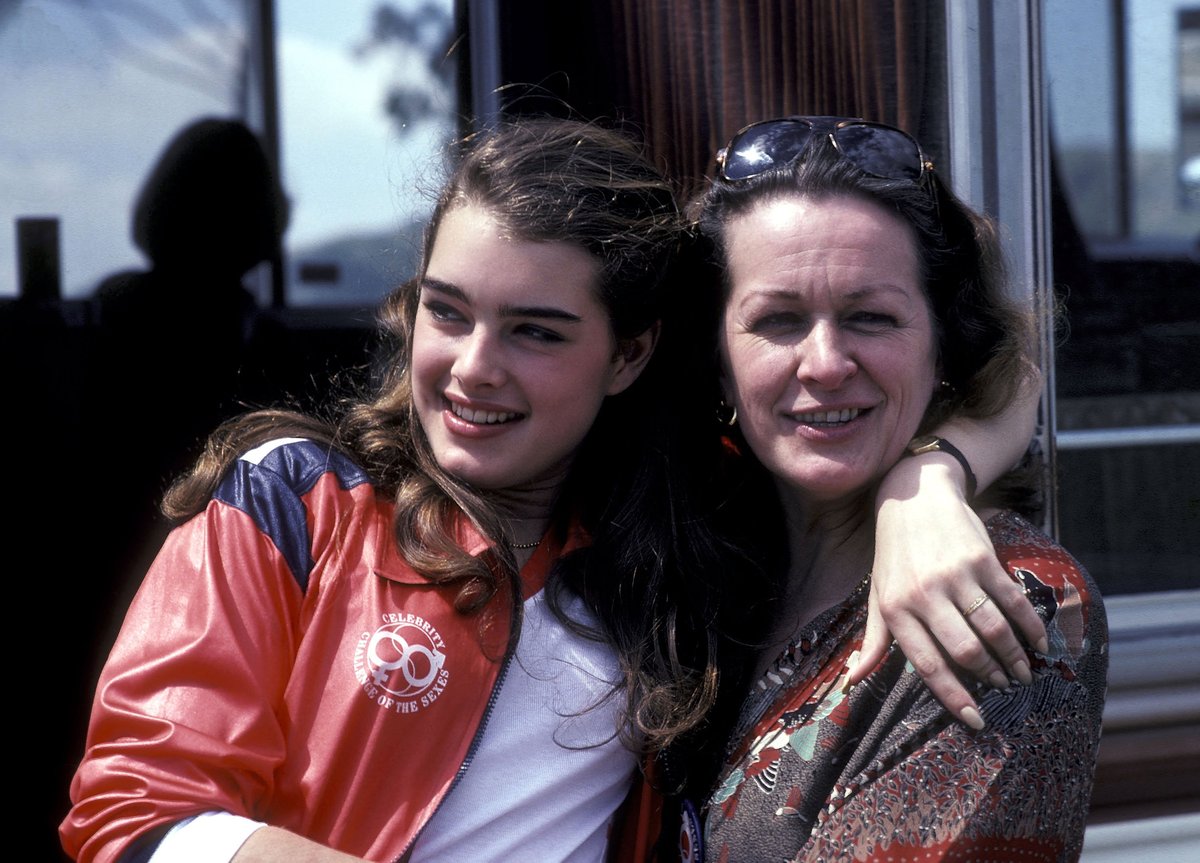 Brooke Shields and Teri Shields. Image: Getty. "Nearly everything I did was for her, in response to her, because of her, or in spite of her," Shields wrote in her 2014 memoir, There was a Little Girl: The Real Story of My Mother and Me. "I was either emulating her or trying to define my independence from her. I was either trying to escape her or crash into her."

For as long as Sheilds could remember, Teri was battling a serious alcohol addiction.

"Mum would not stop drinking," Shields wrote in the book. "I could only believe I wasn’t doing enough to make her stop... It took me 30 years to realise that nothing I did could make her stop. She did not want to nor ever stop by herself."

One night when drunk, Teri fat-shamed her daughter.

In 1983, Shields put her career on hold to attend Princeton University, where she studied a bachelor's degree in Romance Languages. In her junior year, she fell for future Superman, Dean Cain. 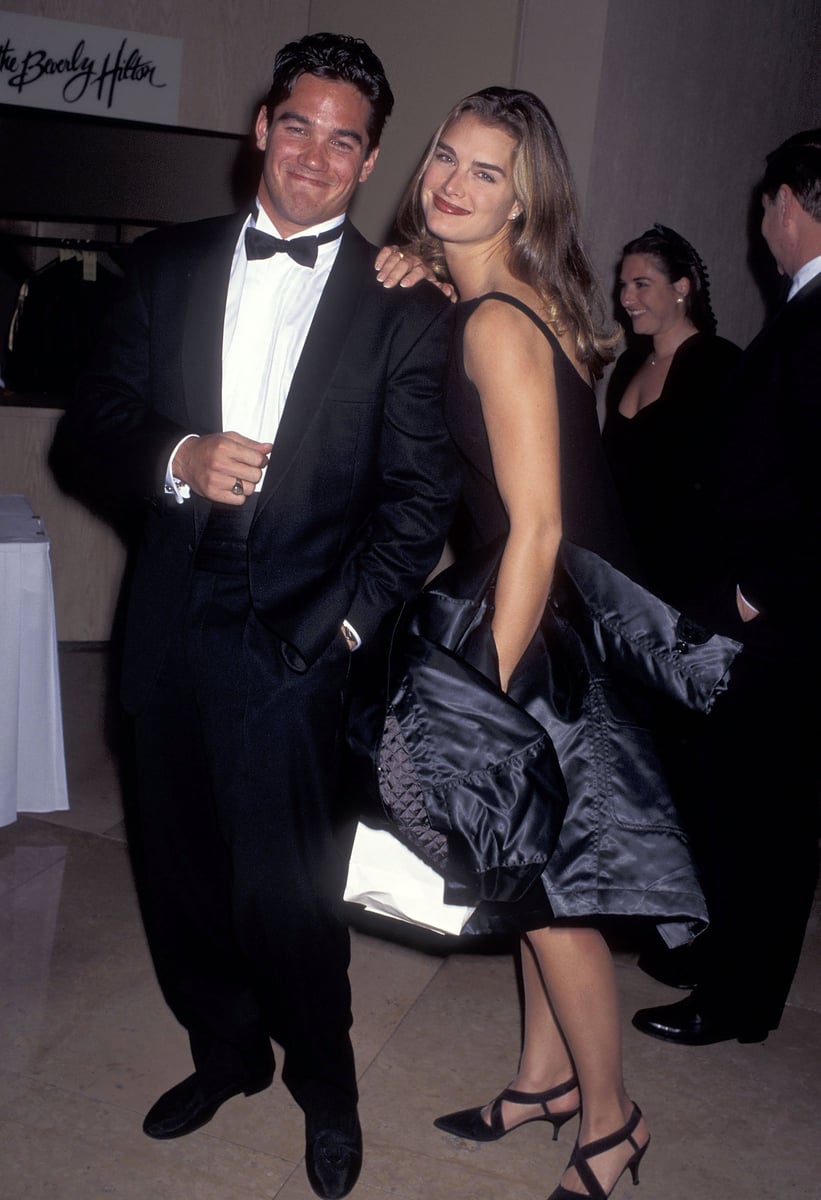 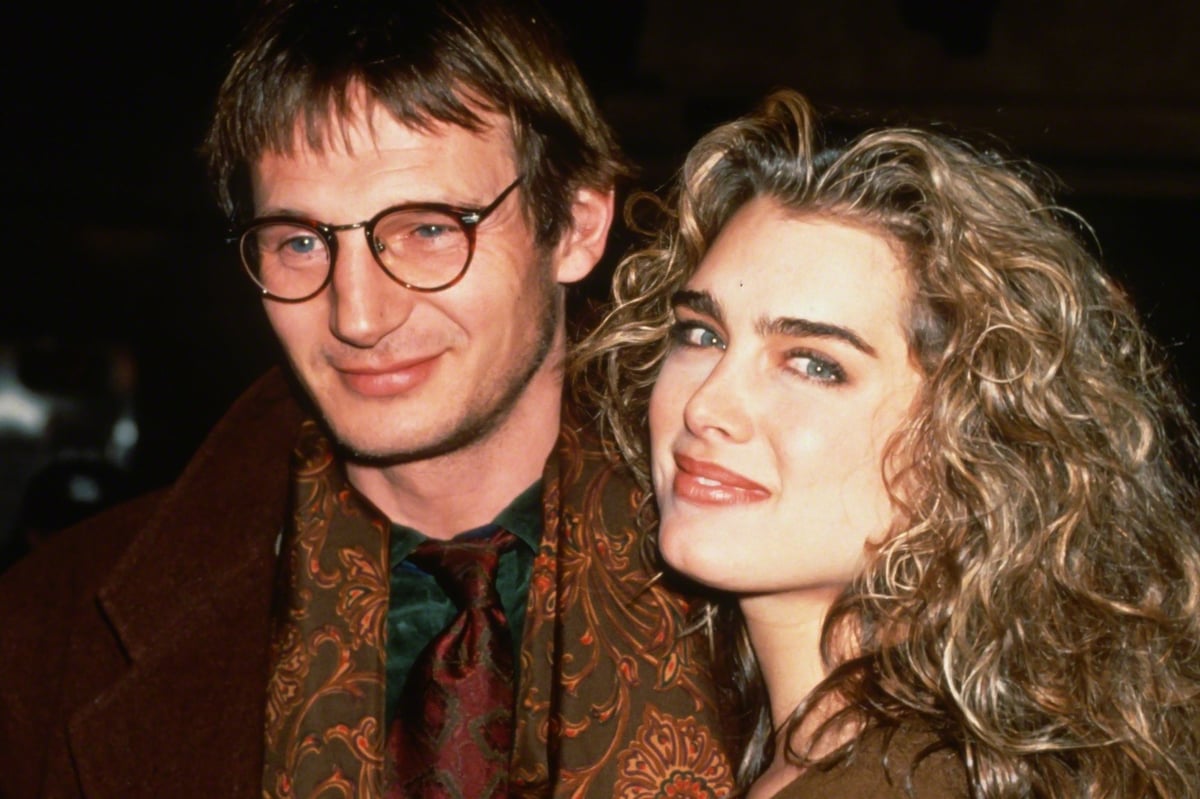 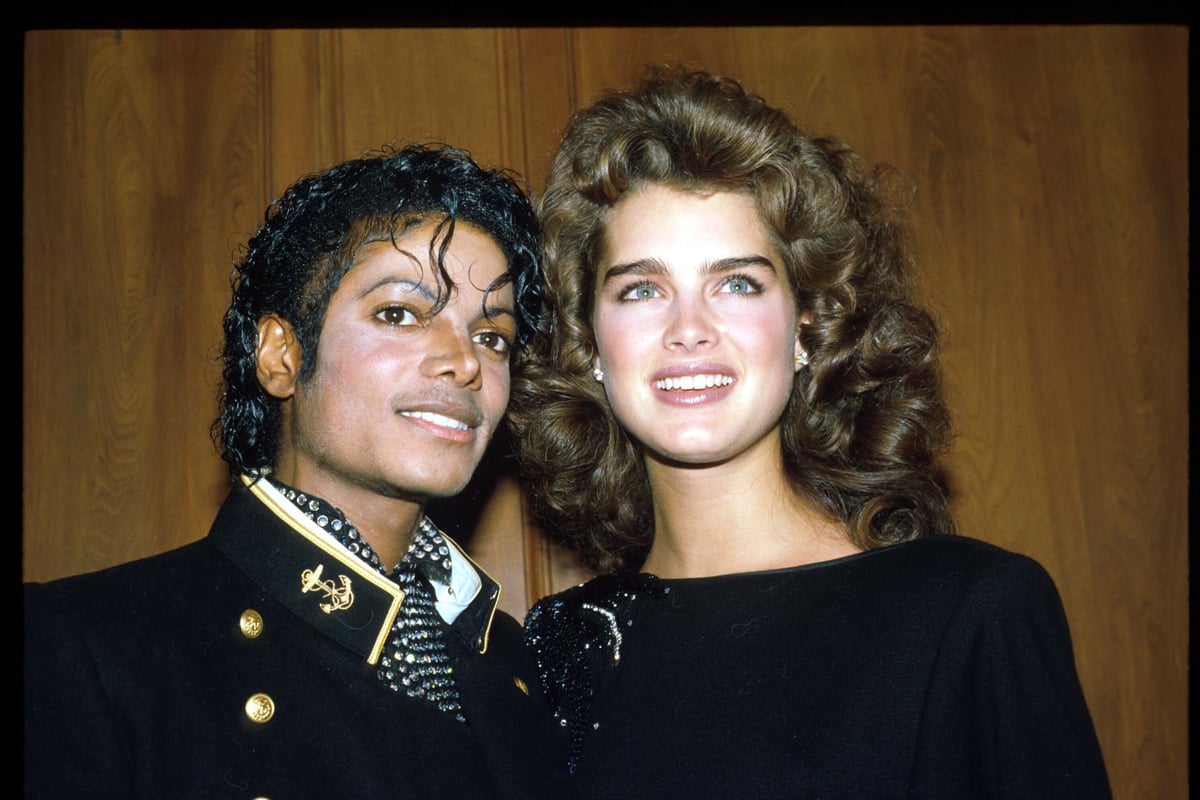 Michael Jackson and Brooke Shields. Image: Getty. After graduating and ending her relationship with Cain, she dated Liam Neeson and Michael Jackson (they were close for many years), before meeting American tennis player Andre Agassi in 1993.

"The whole relationship with him was so necessary," Shields wrote in her 2014 memoir. "He gave me my first taste of freedom from my mum. He swept me away. You'd say something and it would happen. There would be a plane or if I said, 'I can't believe I have termites,' within 24 hours, the house would be tented."

The couple married in 1997 but ended it after two years when Agassi admitted to a crystal meth addiction. 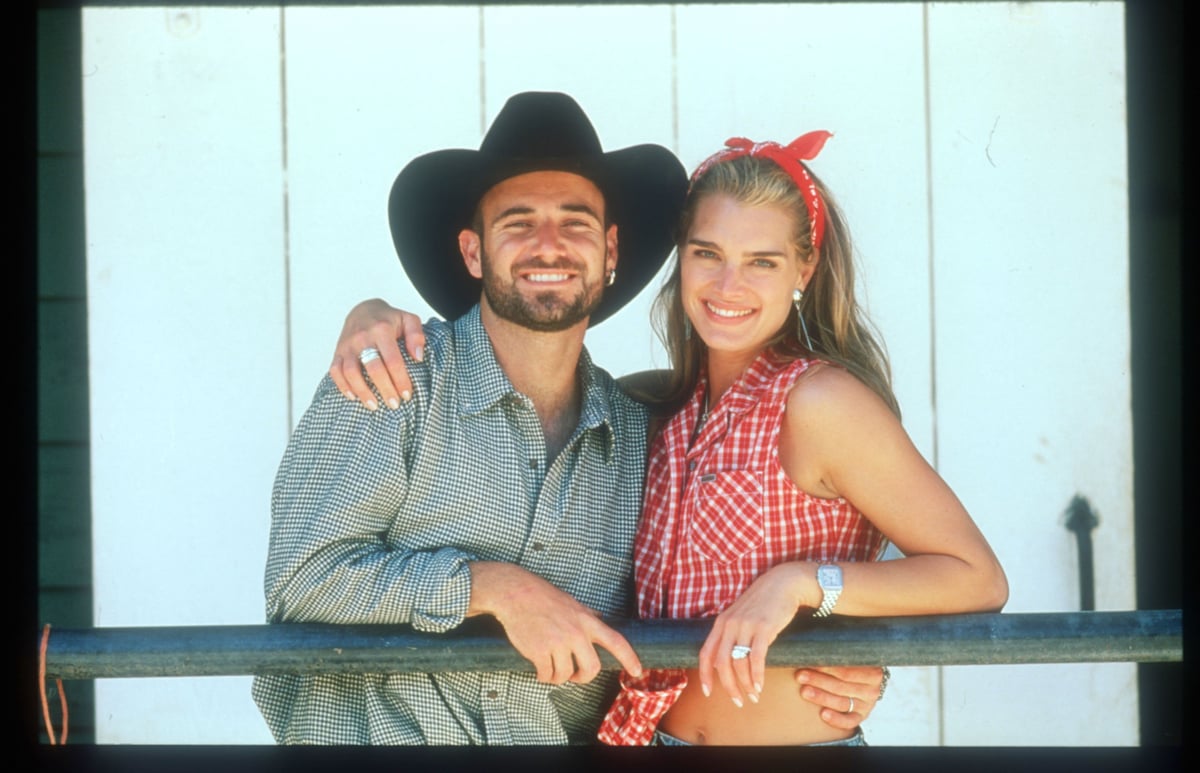 Andre Agassi and Brooke Shields. Image: Getty. "I was so unbelievably clueless," she wrote in her memoir, about Agassi's addiction.

"To this day, I think to myself 'My God, Brooke. All you've seen in your life and you couldn't pick this up?' But if you watch these athletes play, they play five, six, seven hours at the highest level and they keep going and going and the regimen surrounding them is so intense that my justification was, I guess you need to blow off steam when you can."

Following her divorce from Agassi, Shields married television writer Chris Henchy in 2001, after they had met through mutual friends in 1999. 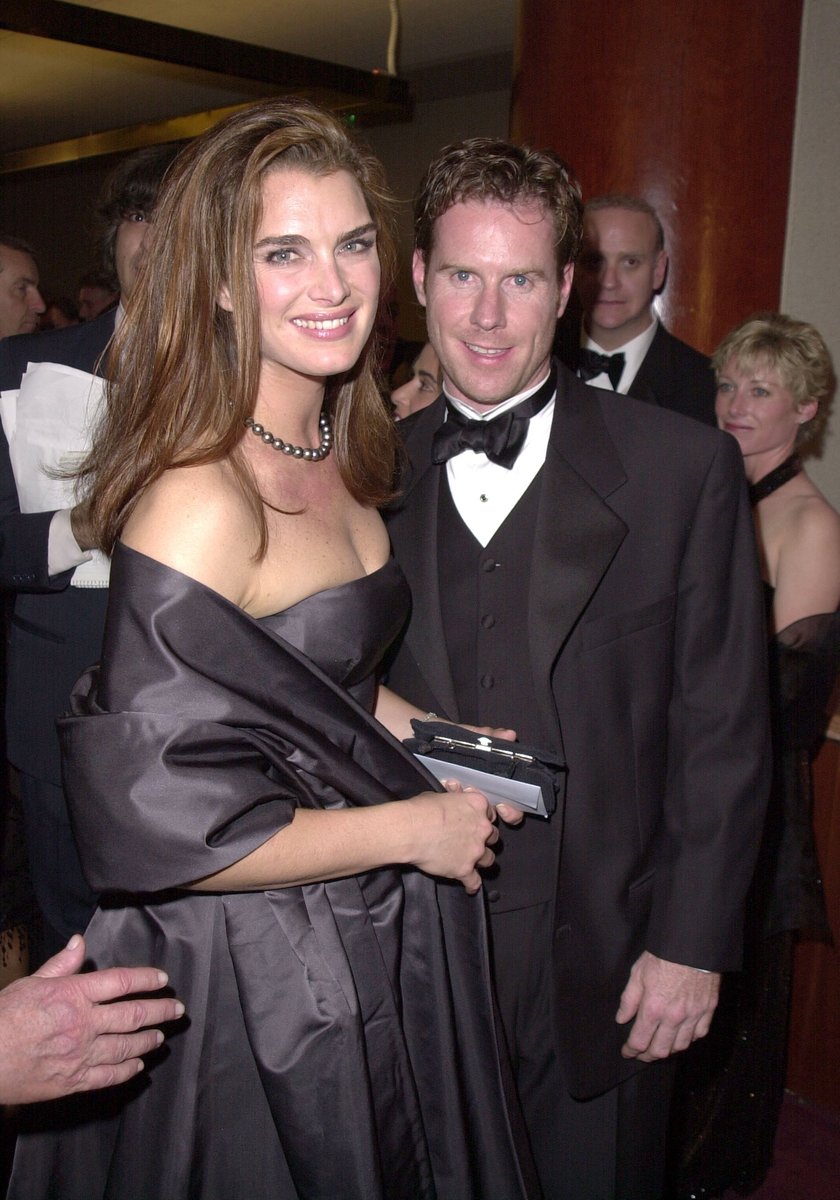 Brooke Shields and Chris Henchy. Image: Getty. "I couldn’t have even been with my [now] husband had I not been in that relationship with Andre," she told The Guardian in 2017.

Shields was prescribed medication, though she stopped taking it at one point, thinking she didn’t need them.

"That was the week I almost did not resist driving my car straight into a wall on the side of the freeway. My baby was in the back seat and that even pissed me off because I thought she’s even ruining this for me. I just wanted to drive into the wall and my friend stayed on the phone with me and made me safely get home," she said.

She returned to her doctor for more help and was eventually diagnosed with a chemical imbalance. 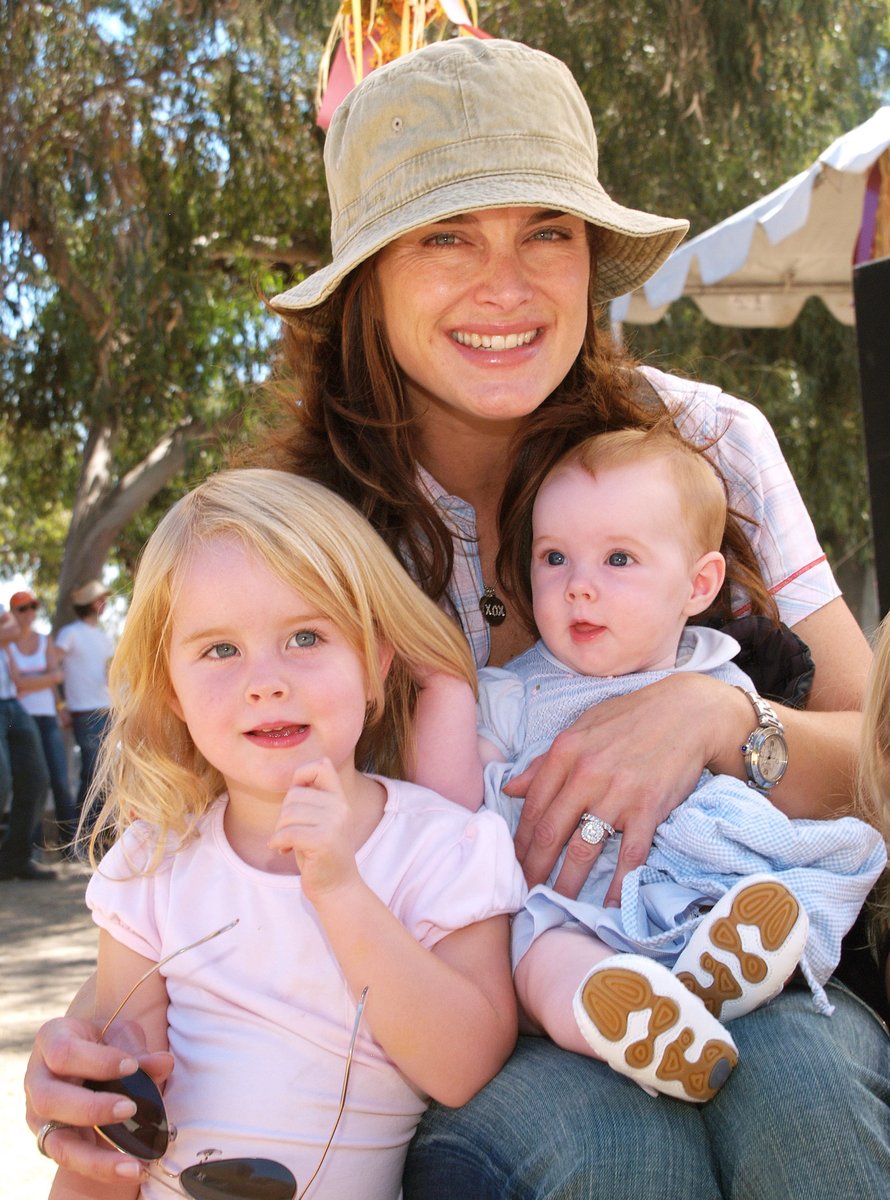 Brooke Shields and her daughters. Image: Getty. After the birth of her two daughters, Shields had hoped her mother's drinking might slow down to be around her grandchildren, but by her 70s, Teri had begun a slow decline into dementia.

"It was shocking and nothing could have prepared me for it," Shields wrote in her 2014 memoir. "The person literally disappears. They are there in front of you and you can't reach them. And there was absolutely nothing I could do."

Mostly retired now, Shields lives in Manhattan with her husband and their two daughters, aged 18 and 15. These days, she focuses on making her daughters' upbringing as normal as possible.

"I think they need to really have as much of a conventional upbringing as you can in New York City, with kids their own age, and not be thrown into something with all the pressure," she told the New York Post in 2017. 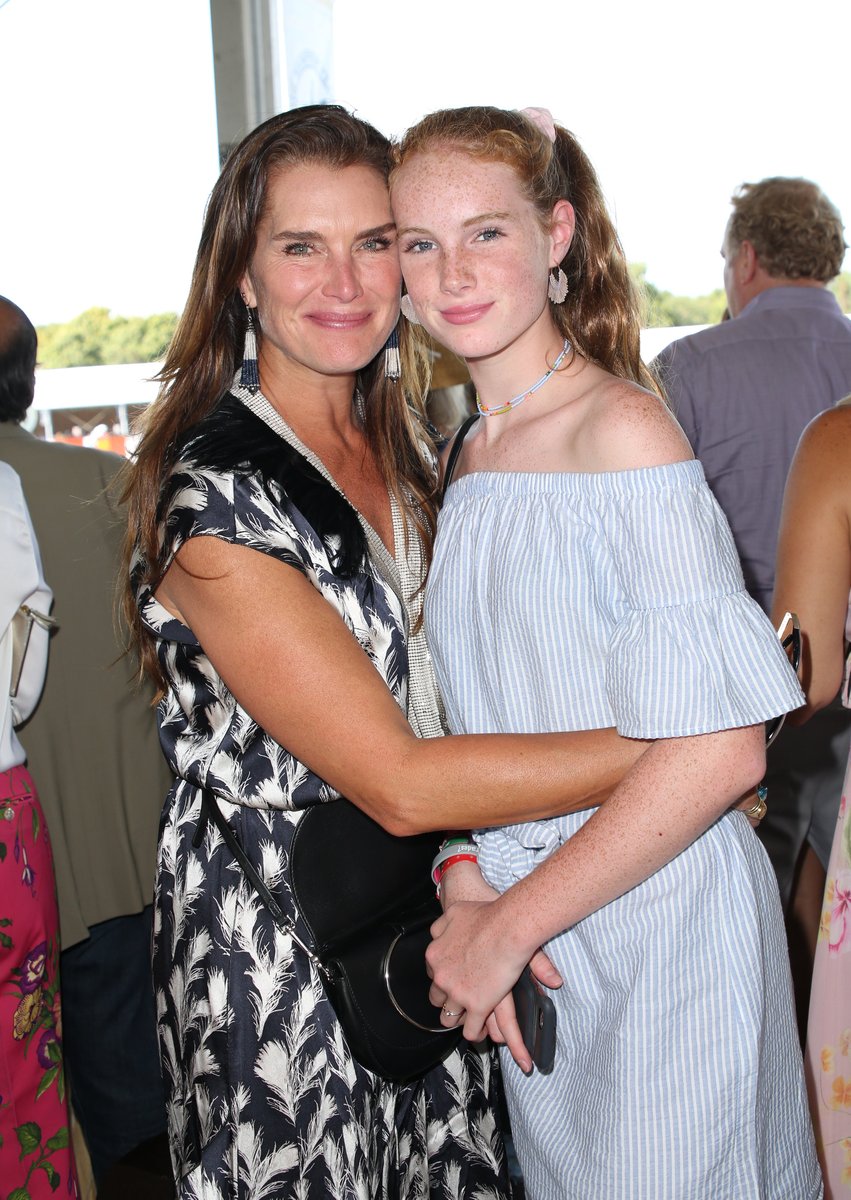 Brooke Shields and her daughter Grier Henchy. Image: Getty. Now that both girls are roughly the same age as Shields was when she became an international sex symbol, she wants to keep their youth intact.

"I want to put a chastity belt on my girls, I get it," she told The Guardian.

"I’m going psychotic about what I’m dealing with, with men looking at her and looking at her body... I mean, this is my 15-year-old! At the top of the stairs I can see her rolling her skirt up. I’m like, 'Unroll your skirt.' It’s a constant negotiation."

While Shields has never blamed her mum for the questionable roles she accepted as a teenager, she plans to do things differently with her two girls.

"I would not allow my daughter to be photographed topless. But it was a different time," she wrote in her 2014 memoir.

In August, the actress shared that she just dropped Rowan off to college.

"This was the saddest drive away from anywhere I’ve ever had to make. But my baby is BEGINNING one of the most important adventures of her life to date…NOW!"

This week, Shields went on Dax Shepard's Armchair Expert podcast to talk about her take on parenting teenage girls.

When Shepard asked how old Sheilds' two teenagers are, she hilariously responded, "18 and a**hole".

"[Grier] just FaceTimed me about this dress that she wants to buy, and I'm trying to tell her what is the best plan of action to get said dress… then I get a text saying, 'I really don't appreciate the way you talk to me'.

"The 15-year-old shocks me at times," Sheilds said. "She's a social justice warrior. I'd love her to be a prosecutor."

Shields also noted that the girls have a close relationship with their dad: but given they're teenagers, they don't exactly tell him everything...

"With the girls, their dad is kind of their first love. It's special," she said to Shepard. "But my girls tell me everything, and it usually ends up with, 'Don't tell dad'."