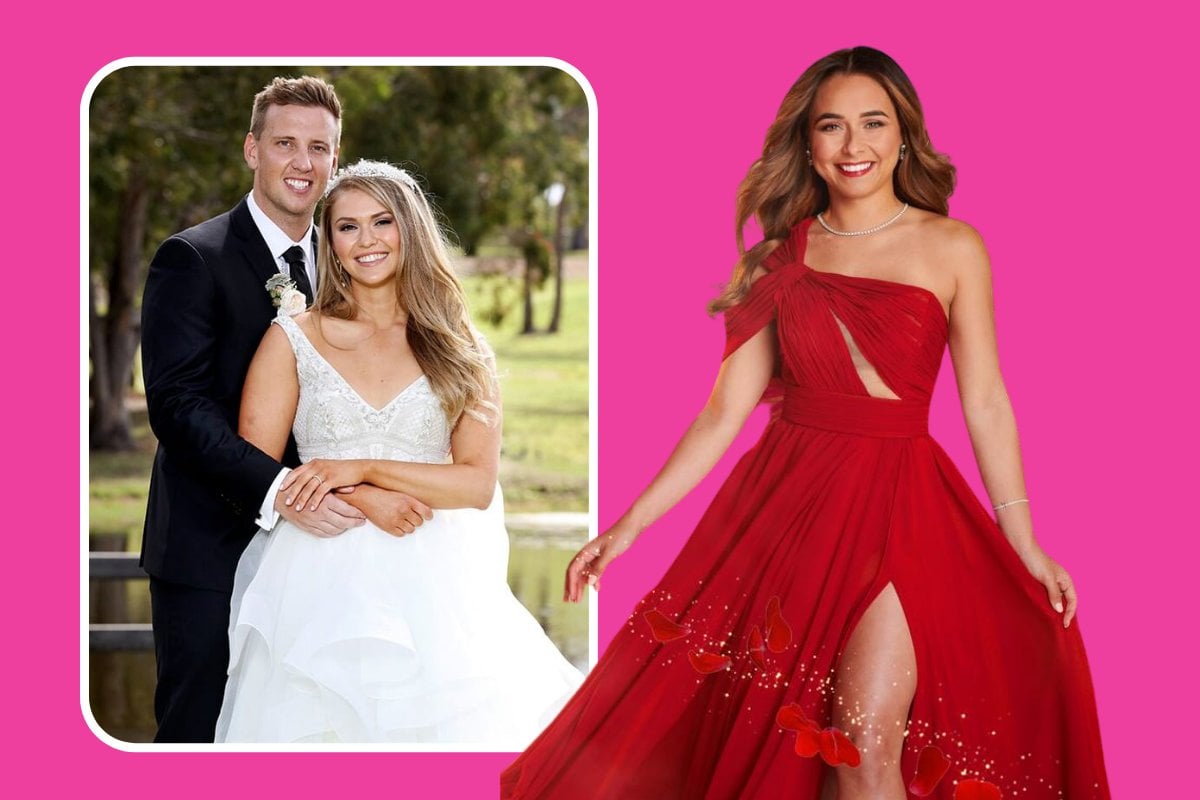 Brooke Blurton's history-making season of The Bachelorette is mere weeks away. And we've finally been given our first glimpse at the men and women vying for her heart.

Earlier this month, Channel 10 gave us a look at what we can expect this season in a new trailer - and as you probably guessed - it's not all sunshine and roses.

Bachie fans will no doubt recognise Brooke from The Bachelor and Bachelor In Paradise. The proud Noongar-Yamatji woman is also the first Indigenous lead in the reality TV series.

While Blurton will make history by becoming the first bi-sexual person on a quest to find love on either The Bachelor or The Bachelorette - she is not the first person from the LGBTQIA+ community to be open about their sexuality on a reality dating show.

Married At First Sight groom Liam Cooper is openly bisexual, and appeared on the latest season of the show. He started off with his partner Georgia Fairweather, but would later announce he found love after the show, with New Zealand's own MAFS husband Samuel Levi.

Sadly, Liam faced discrimination from his own co-stars, after being labelled "ugly", "fat" and a "full-blown homosexual" in a social media clip shared by his own on-screen wife.

The former MAFS contestant has since admitted his worry for Brooke, telling The Wash that queer women so often have to deal with being sexualised rather than being celebrated for their sexuality.

"I know females who are bisexuals get treated differently to males who are, and get objectified and glorified more in this sense," he explained.

"Brooke has my support in any way and it’s about time that the LGBTQIA + community had more representation. Brooke is making history and I feel she is really going to break a lot of stigma and educate the public. Brooke is going to do both the Indigenous and the LGBTQIA+ community proud."

While Liam admits his own experience with homophobia after his stint on Married At First Sight was extremely surprising, he hopes Brooke's experience will be different.

"[People] have been brought up and taught that everyone is heterosexual and if you’re not, then something is completely wrong with you... Educate yourself and treat everyone the same. As long as you come from a place where you want to learn and truly understand, you can’t go wrong."

Ahead of the premiere, here's everything we can expect from the new season of The Bachelorette.

When does the new season of The Bachelorette Australia start?

The new season of The Bachelorette Australia kicks off in just three days on October 20.

Watch: Brooke Blurton as the new Bachelorette. Post continues below.

What can we expect from Brooke Blurton's season of The Bachelorette?

By the looks of the trailer, it seems some serious drama goes down when the contestants start getting close with... other contestants.

"I knew coming into this experience that there might be a possibility that guys and girls might have an attraction with one another," Brooke says in the trailer, before it cuts to a clip of two people holding hands.

One contestant also drops some goss, saying: "There's one guy in here who deviated away from wanting to get to know Brooke."

The trailer then cuts to clips of Brooke saying "alarm bells" and "lies", before telling the camera "I'm hearing rumours, speculation".

It's all very dramatic and mysterious.

In another clip, Brooke is seen gathered around a small group of contestants at what looks to be a cocktail party.

"Honestly, tonight was a total mindf**k" she says. "I don't want to have to do that again."

Does Brooke find love on The Bachelorette?

Despite all the drama, we're happy to report Brooke does find love this season.

When asked if she found the love of her life, the 26-year-old told Stellar, "Oh, yes. Yeah, I have, absolutely".

"I'm really, really lucky, and I'm really excited about the show airing and about my relationship," she added.

Brooke also said she's excited to finally share the news with her family and friends.

"I'm honestly counting down the days [until the show airs]. I just want to be able to share with my family and friends about how happy I really am."

Who are The Bachelorette Australia 2021 contestants?

Thanks to the trailer, we were given a sneak peek at some of the men and women competing for Brooke's heart.

As the contestants are officially announced we'll be sure to add them here.

In the meantime, here's some cheeky group shots to tide you over. 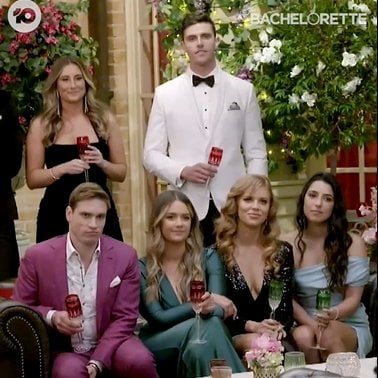 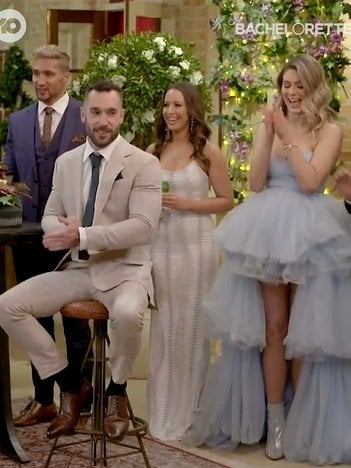 The Bachelorette Australia airs on October 20 on Channel 10.