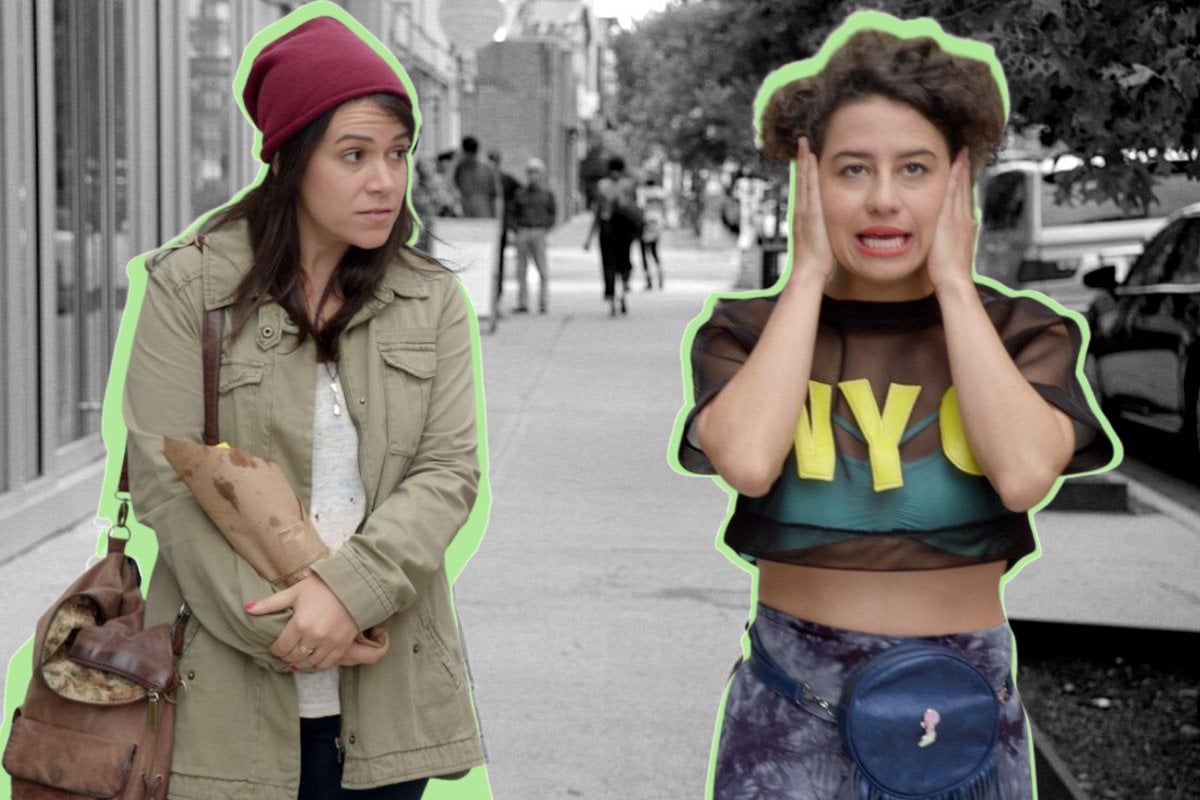 It feels like just yesterday we were watching Abbi and Ilana on Broad City navigate the world through the lens of two 20 something-year-olds.

The show, which began as just a simple web series, was picked up by Comedy Central in 2014 after numerous rejections from other American cable channels.

It starred both Abbi Wexler and Ilana Glazer and showed their misgivings, awkward situations and methodical way of navigating life through the eyes of two Jewish women.

It's now been more than two years since the show ended, which got us wondering... what became of the beloved best friends?

How did two comedians land their show on Comedy Central?

The sitcom, which was based on their real-life friendship, began in 2011 as a humble web series. It took awhile to get off the ground, but after executive producer and actor Amy Poehler caught wind of it, it was almost guaranteed that Broad City would be a hit.

Despite Jacobson and Glazer being sure there was something special about the series, the pair faced constant push back from other channels.

Their first big break was through FX, but at the eleventh hour, they rejected Broad City for being "too girly".

"We were forever compared to Girls, which is understandable if you haven’t seen either show," Jacobson told Variety in 2019. "At Fox, it was like, 'We already have New Girl.' That was a real sentence!"

In another interview with Refinery 29, she spoke about their rejection from FX: "It was, as we were told, 'too girly.' So, they passed. We were devastated. This thing that was once so far-fetched has actually started to come to fruition and then was abruptly taken away."

Broad City came out on top in the end though, with five seasons, critical acclaim, a Prime Time Emmy and Critics Choice nomination.

While finishing off the last season of Broad City was bittersweet for them, they admitted they were excited for new opportunities.

Quickly after beginning with Comedy Central, they were brought on as producing partners for Viacom.

“Not only can we make double the content, but we can usher in more people," Glazer told Variety.

"I want us both to "bang out business, get shows and movies going that have other voices. I want to get the next generation of talent going. Like, Broad City is so f***ing good, but we did it, and now we have other skills.

"Women need to be in more decision-making positions, and now we are."

Their decision to let Broad City go in 2019 was one they both easily agreed on, despite being contracted for more than five seasons.

"It just would’ve felt like we were forcing it," Jacobson explained. "And it's so much better for good content to end just a little before it expires."

"We're ending the show because we really feel like this series captures a certain moment in one's life, a young person's life. And we just wanted to stay true to that," Glazer told Variety at the time. "So as our lives related less and less to the characters, we wanted to keep the show going as long as it felt true to us, authentic, and as long as we felt that we were the people to represent the story."

Glazer became a favourite on Broad City for her sexual antics, an obsessive penchant for weed and carefree demeanour. On the show, she'd held many jobs, although famously remarked she had no passion for any of them.

After wrapping up Broad City, Glazer explained she needed to take a break after over a decade of writing, producing and acting alongside her best friend.

"It's like your first love. You're like, I'm going to be with this person forever! And then it's like, no, I'm not. But I'm going to learn from this forever," she told the New York Times. "We both need some space from this universe that we've lived in. We started the web series in 2009. At 31, that's like a third of my life. It's the longest relationship either one of us has ever had."

Since wrapping up the show in 2019, Glazer has since starred in the thriller film False Positive, and in 2021 announced her new Apple TV+ comedy show with Ben Schwartz, Tiffany Haddish and Zoë Chao called The Afterparty.

She announced her pregnancy with her husband David Rooklin in early 2021, and later welcomed a daughter in July.

"This was not supposed to happen this way, but it's just so eerie and cosmically funny that it has," she explained. "I'm lucky; I'm in control, unlike our protagonist. I don't feel like I'm having the rug pulled out from under me in any way."

Considering she's a first-time parent, the actress revealed she's not ashamed to ask friends and family "a billion questions".

"There are certain trends in society of how pregnancy should look — the 'shoulda coulda wouldas' that are put on women all the time but are so amplified in pregnancy. I'm specifically seeking out the most spiritually healthy and welcoming experience."

Glazer admitted she is fearful of "falling behind" in her career after she fell pregnant.

"There have been so many pregnant people and women and moms and parents that I've heard in the last 10 years talk about that feeling," she explained on the Whitney Cummings' Good for You podcast. "I don't know. I do have that feeling, but then it's also like, I think it's just a feeling."

Abbi Jacobson played the role of Abbi Abrams, a 26-year-old struggling artist in the heart of New York City. While she juggles a number of jobs - from a cleaner at the exclusive gym Solstice, to an assistant for a successful graphic design company - she always, always had the support of her best friend Ilana.

In 2018, she told Vanity Fair she was part of the LGBTQIA community.

"I kind of go both ways; I date men and women," she explained. "They have to be funny, doing something they love. I don't know — I've never really been interviewed about this before."

Since Broad City, she has taken on voice acting roles including in Netflix's Disenchantment and The Mitchells vs the Machines.

In regards to acting alongside Glazer again? Jacobson says she can't imagine a future without the prospect.

"For right now, I think we have to take a break [from acting together]", Jacobson told TV Line in 2019. "Just because we are so associated with these two characters."

She went on to add: "I can't imagine a world in which we don't ever act together again.

"That's the saddest part for me of ending the show, not getting to act opposite Ilana as them. It's so fun."