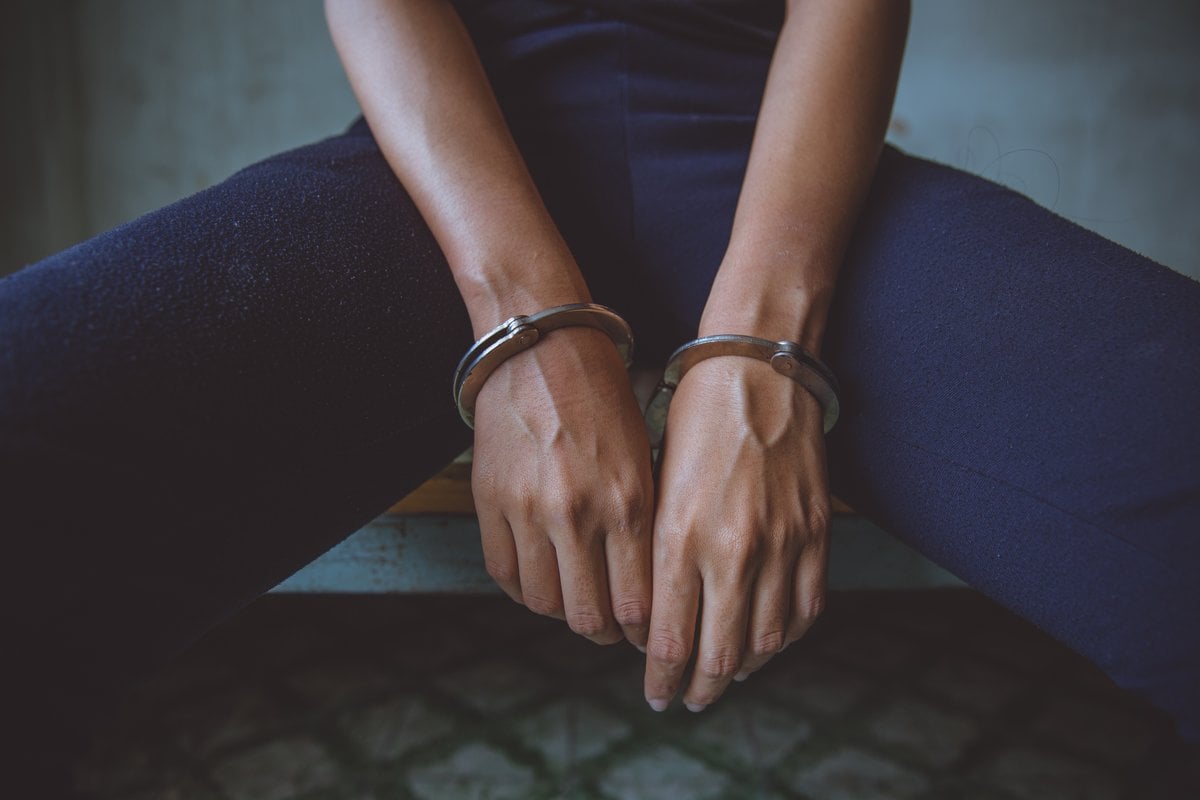 This post discusses miscarriage and may be triggering for some readers.

Poolaw, an Indigenous woman, lives in Oklahoma. In January last year, when she was 19 years old and 17 weeks pregnant, she had a miscarriage at home and went to hospital for medical help. The Lawton Constitution reported that Poolaw admitted to using meth and marijuana. She said that when she first became pregnant, she wasn’t sure if she wanted to keep the baby or not. The foetus tested positive for drugs in the liver and the brain.

Watch A Tribute To The Babie's We've Lost. Post continues after video.

Poolaw was arrested and put in a cell. She was charged with first-degree manslaughter.

Police believed that her drug use had caused the miscarriage. Her bond was set at $US20,000, and because she couldn’t afford it, she stayed in jail until her trial was held earlier this month.

TV station KSWO reported that during the trial, an obstetrician/gynaecologist said meth use could have an effect on pregnancy, but may not have directly caused the death of Poolaw’s foetus. A nurse and medical examiner both said they had seen congenital abnormalities on the foetus. Despite that, Poolaw was found guilty and sentenced to four years in jail.

The National Advocates for Pregnant Women has called Poolaw’s conviction “shameful and dangerous”, and has argued that it’s not in line with the law.

“Oklahoma’s murder and manslaughter laws do not apply to miscarriages, which are pregnancy losses that occur before 20 weeks, a point in pregnancy before a foetus is viable (able to survive outside the womb),” the NAPW said in a statement.

“For anyone wondering what the ‘endgame’ of abortion bans and restrictions could possibly be – it’s this,” tweeted Arpita Appannagari from the National Institute for Reproductive Health. “The worst is already happening to Black and brown women across the country.”

Appannagari went on to describe Poolaw’s case as “breathtakingly scary”.

“…convicted of manslaughter for experiencing a miscarriage…”

For anyone wondering what the “endgame” of abortion bans and restrictions could possibly be — it’s this. The worst is already happening to Black and brown women across the country. https://t.co/IgkESMqn6f

“I’m from Indiana, where our state charged both Bei Bei Shuai and Purvi Patel [with] murder/feticide after miscarriages,” she added. “Both spent time incarcerated.”

Bei Bei Shuai attempted suicide while pregnant in 2010, after the father of her unborn child left her. Purvi Patel, meanwhile, was sentenced to 20 years in prison after turning up to hospital in 2013 saying she’d had a miscarriage. Prosecutors claimed she took drugs to induce abortion, even though there were no traces of the drugs in her system.

Then there was Marshae Jones, a woman from Alabama who was shot in the stomach while pregnant in 2018, causing the loss of her unborn child. She was charged with manslaughter because police alleged she started the fight with the woman who shot her.

In fact, according to the American Bar Association, as of last year, there had been 1200 women arrested across the United States based on their pregnancy outcomes – including miscarriages, stillbirths, abortions and neonatal losses – since the Roe v Wade decision protecting a woman’s right to abortion in 1973.

It’s not just the United States where this happens. In El Salvador, where abortion is totally banned, women have received long prison sentences after not being believed when they said they suffered miscarriages.

Listen to No Filter's episode with Rebecca Sparrow on Love, Loss and Empty Arms. Post continues after audio.

Rural mother-of-two Manuela went to hospital for medical help, saying she had miscarried at home while seven months pregnant. But she was accused of intentionally terminating her pregnancy and shackled to her stretcher. She was sentenced to 30 years in prison for aggravated homicide.

Two years later, she died of Hodgkin’s lymphoma. Her lawyers say the disease was the reason for her miscarriage.

Abortion in all circumstances, including when it could save the mother’s life, has been banned in El Salvador since 1998, following lobbying from the Catholic Church. If a woman comes into a hospital saying she’s had a miscarriage but the doctor suspects she has had an abortion, the doctor is required to call the police.

Manuela’s family have taken up the fight, arguing that women who say they have miscarried should not be prosecuted.

"These poor women need help," Manuela’s mother told CBS News. "I don't want them to suffer like my daughter did.”