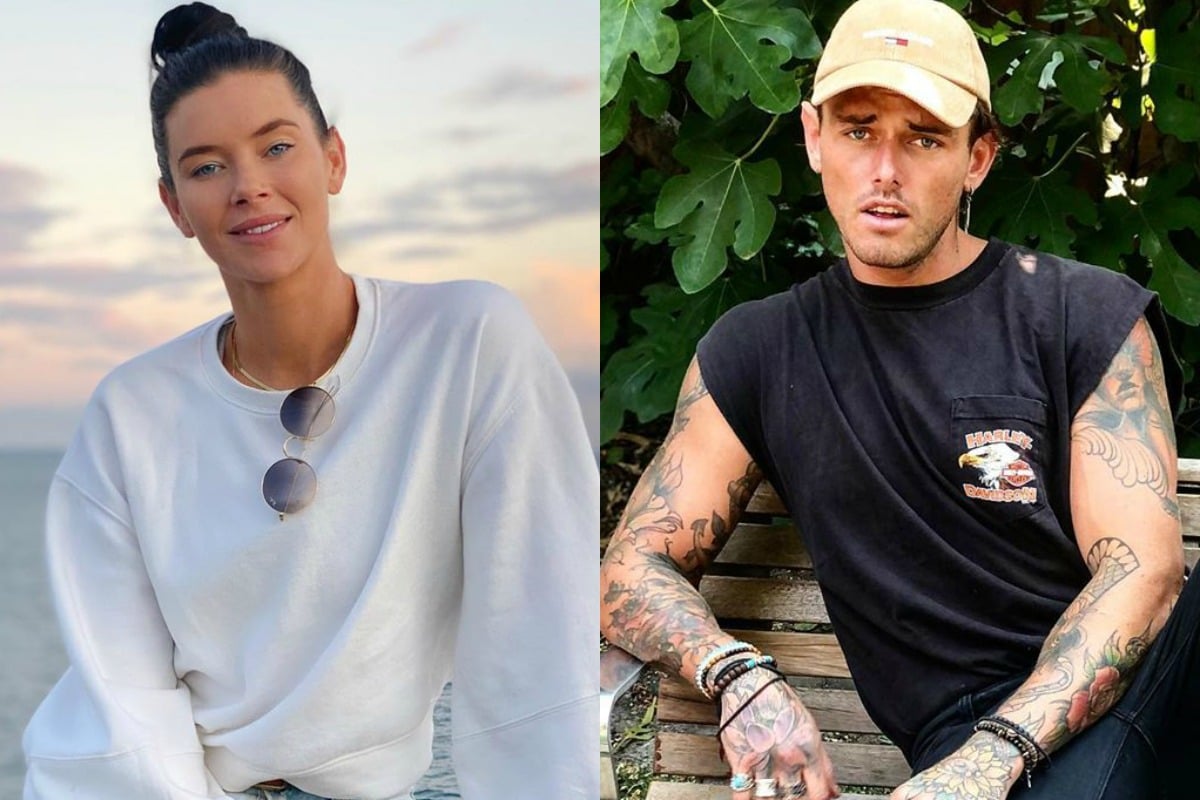 1. A new Bachelor in Paradise trailer hints at a relationship between Brittany Hockley and Timm Hanly.

With Bachelor in Paradise returning to our screens any day now, Channel 10 have been getting us excited for the season ahead by sharing a few teaser trailers.

Ahead of the new season, it looks like one of the first couples has already been revealed: Brittany Hockley and Timm Hanly.

The two cast mates who came runner-up in their respective seasons (Brittany on Honey Badger's season and Timm on Angie Kent's season), are seen getting close at the Mango Bay Resort in Fiji, where they filmed the season.

As Brittany arrives, Timm said, "That the chick from Badger's season? She's so hot!"

Brittany goes on to share that she wouldn't usually ever go for Timm's type, but there's something about him that has her intrigued. Timm also added that he thinks Brittany is "gorgeous".

"Brittany is absolutely gorgeous! So well spoken, those piercing blue eyes," he said.

And then, we noticed there was a cheeky kiss between the two on a romantic date.

So their relationship sounds promising... but we shall see.

You can watch the new trailer right over here.

2. It turns out Big Brother's Xavier Molyneux and Talia Rycroft are actually actors.

Well folks, we're one week into Big Brother and it turns out two of the show's contestants have already been named as actors.

According to the Daily Mail, Xavier Molyneux finished filming an independent movie, Aussie of the Year, in January, while Talia Rycroft is an aspiring actor.

Xavier, 23, who listed his profession as a medic on the show, appeared in the independent student film as lead character Jack Barnes, according to his IMDb profile.

The film follows the story of a college graduate who "struggles to find a job because of lack of credibility" and "finds himself volunteering for an elderly woman making an unexpected friendship."

Meanwhile, 22-year-old trade assistant Talia has listed herself as an actor on talent website StarNow. 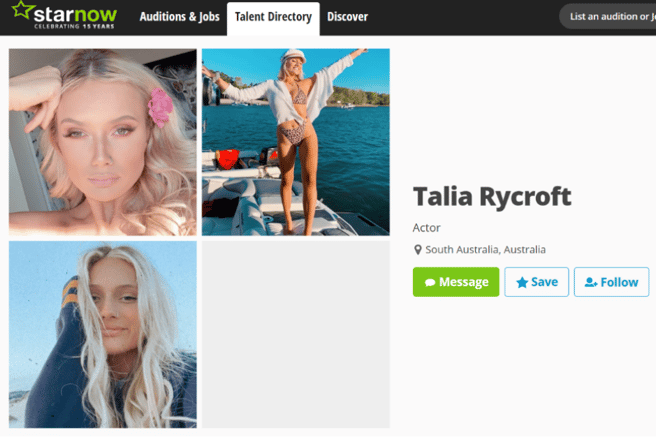 It's not the first time reality TV stars have dabbled in acting, with many contestants on last season of Married At First Sight having previously appeared on television.

We can't say we're too surprised.

3. "I want to keep his life private." Iggy Azalea has shared that she's become a mum.

Australian rapper Iggy Azalea surprised precisely everyone today when she announced she is now a mother after welcoming a baby boy.

"I have a son," Iggy wrote on her Instagram Stories.

"I kept waiting for the right time to say something but it feels like the more time passes the more I realise I’m always going to feel anxious to share news that giant with the world.

"I want to keep his life private but wanted to make it clear he is not a secret and I love him beyond words." 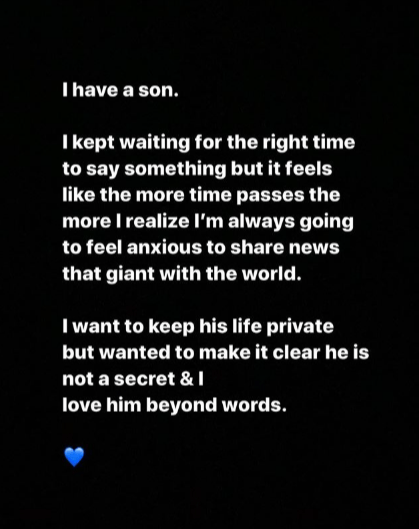 The 33-year-old never once confirmed she was pregnant, despite rumours that she was expecting a child last year.

Iggy didn't share any further details about the baby's name, when he was born, or who the father is. However, many speculate it could be 23-year-old musician Jordan Carter aka Playboi Carti, who she's been reportedly linked to since 2018.

Either way, congratulations are in order for the singer!

4. Oh. According to Anna Kendrick, working on the set of Twilight was like surviving "a hostage situation".

While for many of us, Twilight was a cult-teen film that we loved, it seems like some of the cast members did not feel the same way.

So much so, that Anna Kendrick compared working on the film to surviving "a hostage situation". 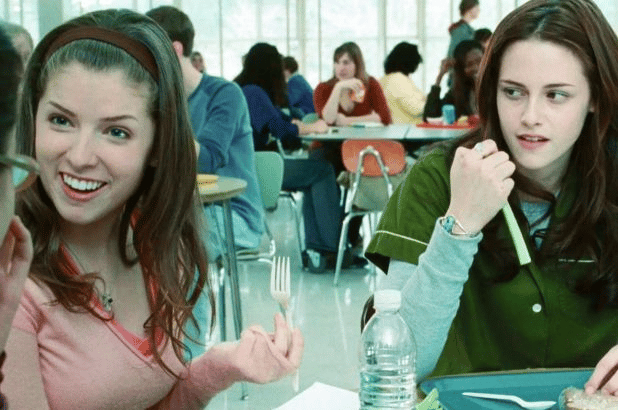 During an interview with Vanity Fair, Kendrick explained that despite being surrounded by such a talented group of people, filming the movie was pretty miserable because it was set in Portland, Oregon.

"I just remember my Converse being completely soaked through and feeling like, ‘You know, this is a really great group of people and I’m sure that we would be friends at a different time, but I want to murder everyone,'" she shared.

"Although it was also kind of bonding. There was like something about it, like you go through some trauma event, like you imagine people who survive like a hostage situation and you’re kind of bonded for life."

However, she did explain that thankfully the weather was better during Twilight: New Moon, so it was much more enjoyable and she got to know her co-stars better.

5. 14 years ago, Anna coined the phrase "game on moles" on Big Brother. This is her life now.

The phrase 'game on moles' is now a fairly common part of the Australian lexicon thanks very much to the beacon of hope and light in our society: Reality TV.

Anna uttered the phrase on Big Brother in 2006, in response to some juicy, juicy drama. You see, Anna was upset with Karen, the mother of her enemy Krystal, who would no longer share a bed with her.

"Game on moles," she said in response to the news. And with that, Australian history was made.

On Wednesday night, makeup artist Anna, now 34, made a guest appearance on the Eye on Big Brother YouTube aftershow to discuss the show's return this week.

And while we, the people, feel forever indebted to Anna for coining the phrase, it has less of a significance to her.

"I don't even remember saying it," she admitted.

"After I got evicted, everyone was yelling out 'mole' and I thought I had done something absolutely terrible.

"I was like, 'Oh my goodness, what have I done?' Then they showed me the footage and it just came out in the heat of the moment," she said, admitting she was shocked because it was an out-of-character moment for her and she'd never said it before.

To read more about what Anna Lind-Hansen is doing now, read our earlier article here.