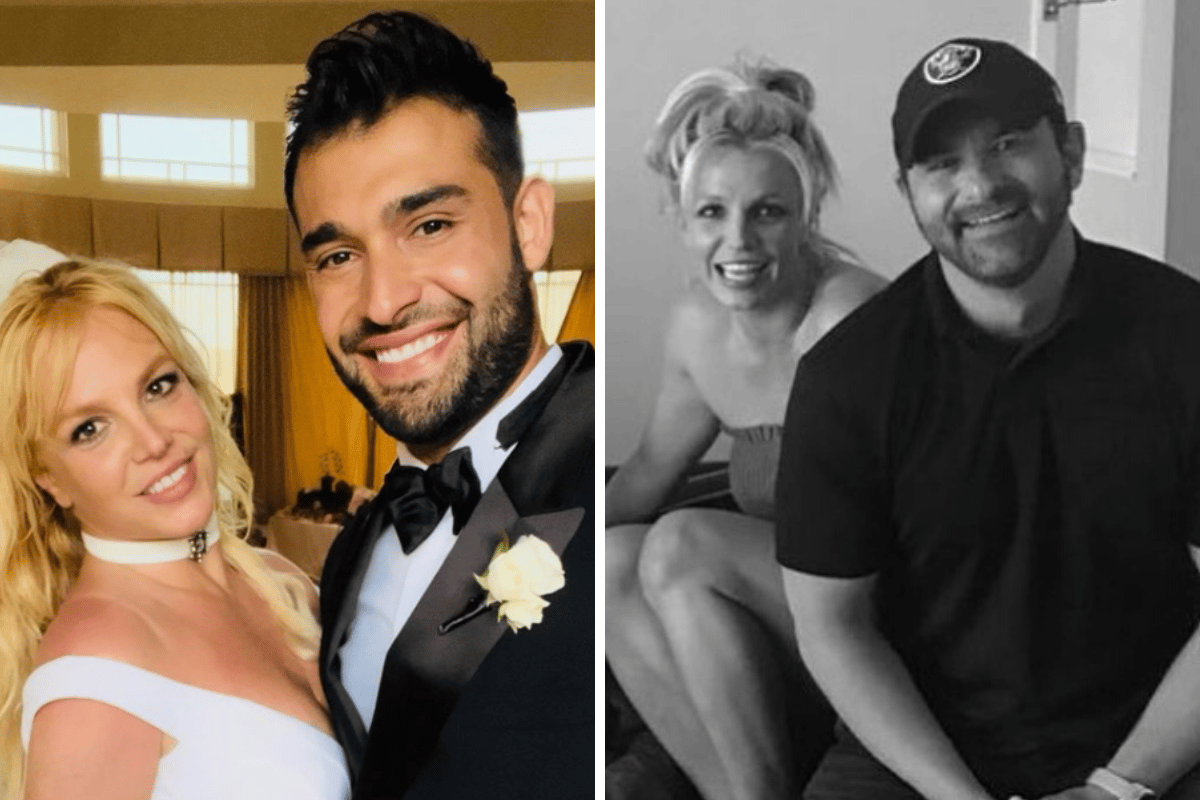 While we've seen glimpses of the big day via Britney's Instagram, beyond the pictures, a certain amount of controversy has surrounded the happy couple.

From wedding snubs to wedding crashers and false claims from the Spears' family themselves, here's everything we know about the singer's nuptials.

Britney Spears' ex-husband gatecrashed her wedding – and aired the whole thing via an Instagram live video.

Jason Alexander, who was married to Spears for 55 days, filmed himself entering her Los Angeles home where the wedding took place last week.

In the Instagram video shared by TMZ, Alexander approached a security guard who told him he needed to leave.

"I'm here to crash the wedding," he said in the video as he made his way around the property.

"She's my first wife, my only wife. I'm her first husband."

An altercation then reportedly takes place before his phone froze.

According to the Associated Press, officers responded to a trespassing call after 2pm local time and detained Alexander.

Ventura County Sheriff’s Capt. Cameron Henderson confirmed Alexander was then arrested after officers noticed he had a warrant for his arrest in another county, the publication reports.

Spears, who had her conservatorship dropped last year, tied the knot in an intimate ceremony with her partner of six years and personal trainer Sam Asghari.

Alexander pleaded not guilty in Ventura County court after being charged with felony stalking, along with misdemeanour counts of trespassing, vandalism and battery.

The singer spoke out against her brother on Tuesday, pointing out that her brother Bryan Spears was not invited to her wedding, despite claims that he was.

In the now-deleted post to Instagram, Spears called out her brother, telling him, "your podcast interview was so SPECIAL [eye roll Emoji]!!! ... When asked by that incredibly kind man 'why doesn't your family just let her be ???' Your response was ... 'she can't even make a dinner reservation' ..."

Spears seemed to be referencing her brother's appearance on the podcast back in 2020 – over a year before her conservatorship officially ended.

"I know what she wants, but at the end of the day what is the reality of that?" he said at the time when Spears made clear she was ready for her conservatorship to end. 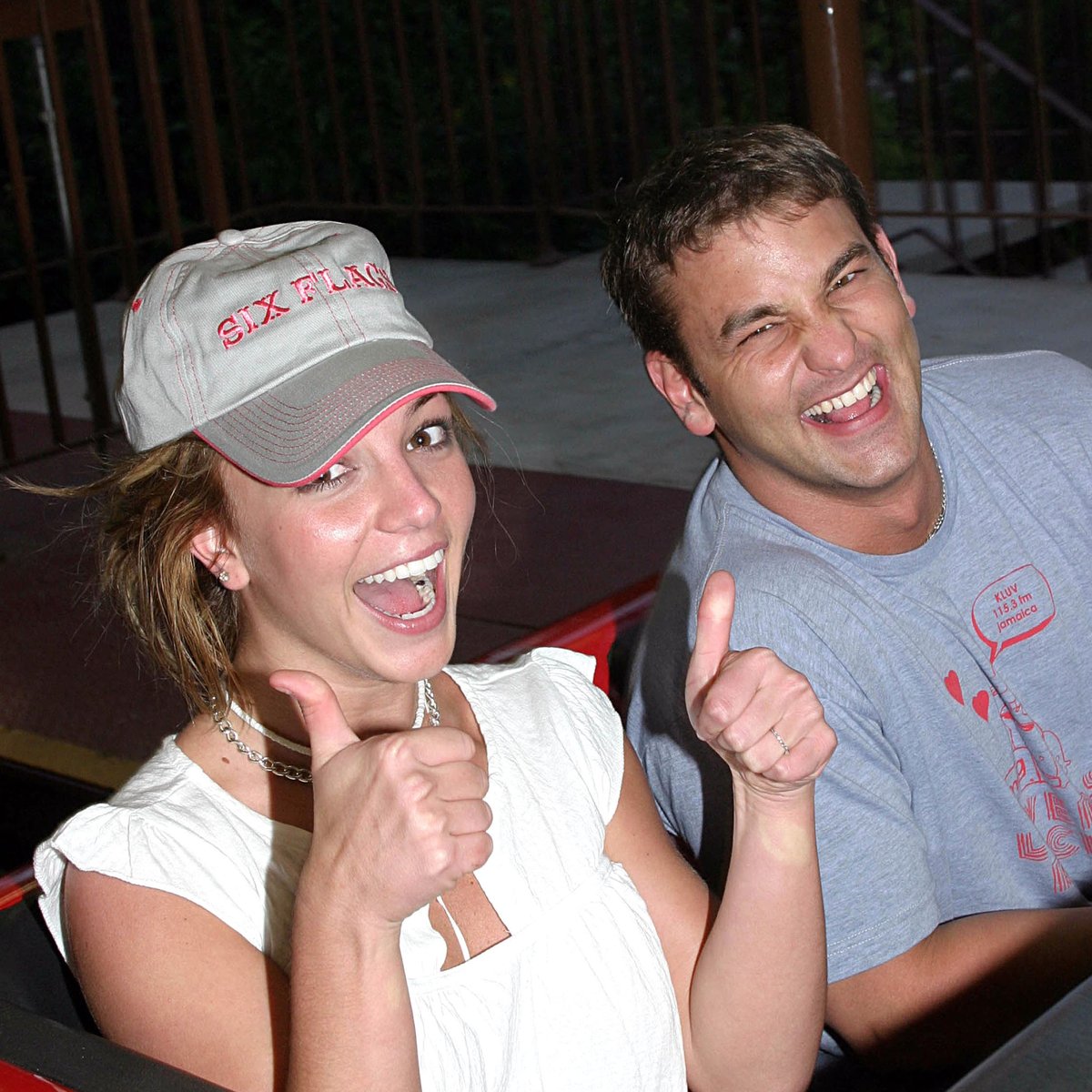 The singer went on to say, "What you said right there to that man in that interview said everything, Bryan !!! You were never invited to my wedding [bride Emoji] so why even respond ???"

She added, "Psss I have an assistant to make my dinner reservations ..."

The response from Spears followed swiftly after her brother's girlfriend, Amber Lynn Conklin, claimed she and her partner did not attend the celebrity wedding due to his 11-year-old daughter's elementary school graduation falling on the same day.

Conklin wrote that he felt "terrible," but "couldn't help the timing".

"...He felt terrible having to choose, but he had to be there for his daughter and sent his love to Britney x1000000 [three heart Emojis]. We are so sad to miss such an important moment but so so happy for Britney and Sam's Marriage!" she wrote, according to PEOPLE.

So, who was actually invited to Britney Spears' wedding?

Spears and Asghari said 'I do' in front of 100 guests, including A-listers of the likes of Madonna, Paris Hilton, Selena Gomez, Kate Hudson, and Gwyneth Paltrow, according to PEOPLE.

For the big day, Hilton revealed she chose to DJ Spears' wedding over a White House dinner for President Joe Biden.

"I was actually asked to DJ for the president and all of the other presidents from around the world for the dinner, but this was more important to me," Hilton said.

She further added she kept the night a secret from her staff and friends. "Literally, I did not tell anyone, not even the people I asked [for] dresses that were sent, my whole team, my glam, my driver, everyone."

While there were a number of famous faces at the wedding, some members of Spears' own family were not invited to the big day.

Spears' mother Lynn, father Jamie, and sister Jamie Lynn, did not attend, according to TMZ.

The 40-year-old's teenage sons Sean Preston and Jayden James, who she shares with her ex-husband Kevin Federline, also reportedly did not attend.

Federline's lawyer Mark Vincent Kaplan told People, "They're happy for their mom and they are hopeful that Sam and Britney are starting a great future together."

He added that at the end of the day, "It's their night and they didn't want to take away from them."

Spears’ brother, Bryan, was assumed to be the only member of her immediate family in attendance. However, the singer shot the claim down.

Despite not being there, Spears’ estranged mum, Lynne, celebrated the singer’s wedding.

"You look radiant and so happy!" she wrote on an Instagram picture posted by Spears.

"Your wedding is the ‘Dream’ wedding! And having it at your home makes it so sentimental and special!" she added. "I am soooo happy for you! I love you!"

As for Jamie Lynn, Spears' younger sister, she did not go out of her way to leave a comment but did like an Instagram post from E! News about the wedding, which showed Spears, Drew Barrymore and Selena Gomez laughing and embracing on the dance floor.

Spears' father was not invited for the celebrations, and the singer walked herself down the aisle. "She looked absolutely stunning in her main dress," a source told PEOPLE. "She cried happy tears at some moments."

For the singer's intimate ceremony, she underwent three outfit changes.

Spears walked down the aisle in a custom Atelier Versace gown, which she teamed the design with a 15-foot Versace tulle veil with satin trim and white satin pumps.

Later in the evening, she went with three more looks, including a Versace tuxedo dress, a two-toned outfit and a red mini dress with fringe detailing.

The singer made a spur-of-the-moment decision to marry Alexander at The Little White Wedding Chapel in Las Vegas in 2004.

However, the marriage was annulled just 55 hours later.

A petition to court at the time stated that Spears "lacked understanding of her actions".

In an interview with ABC News in 2012, Alexander shared the pair were often "friends with benefits".

"I went with my feelings," he added.

"I was in love with her. I felt like she felt the same way." 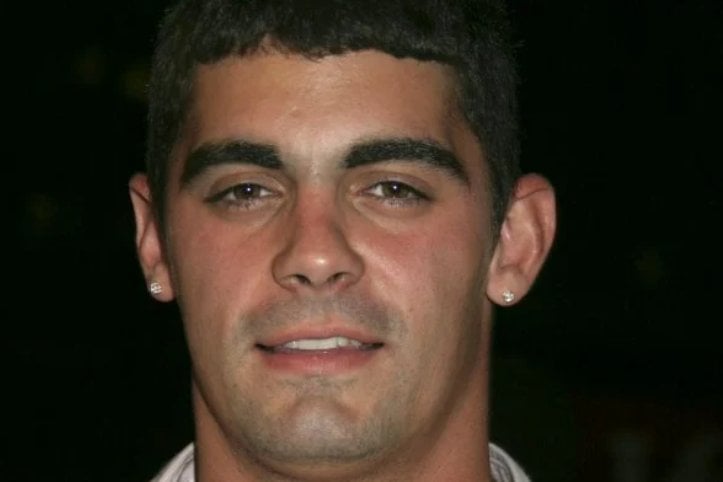 Months later, Spears married her second husband, American dancer Kevin Federline. The pair went on to have two sons together before their divorce in 2007.

Mathew Rosengart, Spears' attorney, told People that Alexander has been "incarcerated" and is under an Emergency Protective Order following his appearance on Spears' wedding day.

"This was an outrageous security breach, which I am livid about, but fortunately Britney is safe and she was a stunning and happy bride," Rosengart said in a statement.

Rosengart went on to thank the Ventura County Sheriff's Office and the sergeants and detectives involved in Alexander's arrest, and said he looks "forward to working with law enforcement to ensure Alexander is aggressively prosecuted and hopefully convicted, as he definitely should be."

How long has Britney Spears been with Sam Asghari?

Spears and Asghari have been dating since 2016.

The couple, who share a 13-year age difference, first met on the set of Spears' music video for her song ‘Slumber Party'.

"I was excited that I got to meet one of the biggest artists of all time," Asghari told Men’s Health. "I had butterflies."

After cracking jokes with the singer on set, the 28-year-old reportedly gave Spears his number and five months later, she finally contacted him.

"I was like, ‘He was really cute, this guy was really cute,’ so I called him," Spears recalled in a radio interview with AMP 103.7’s Fast in the Morning with Nathan Fast and Sybil Summers.

Five years after meeting, Asghari popped the question in September 2021.

The pair later announced they were expecting their first child together in April.

However, a month later, Spears shared she had suffered a miscarriage early in the pregnancy.

"Our love for each other is our strength. We will continue trying to expand our beautiful family," the 40-year-old wrote on Instagram at the time.

Reply
Upvote
2 upvotes
I’m fairly certain it was 55 hours that Britney & Jason were married, not days 😉