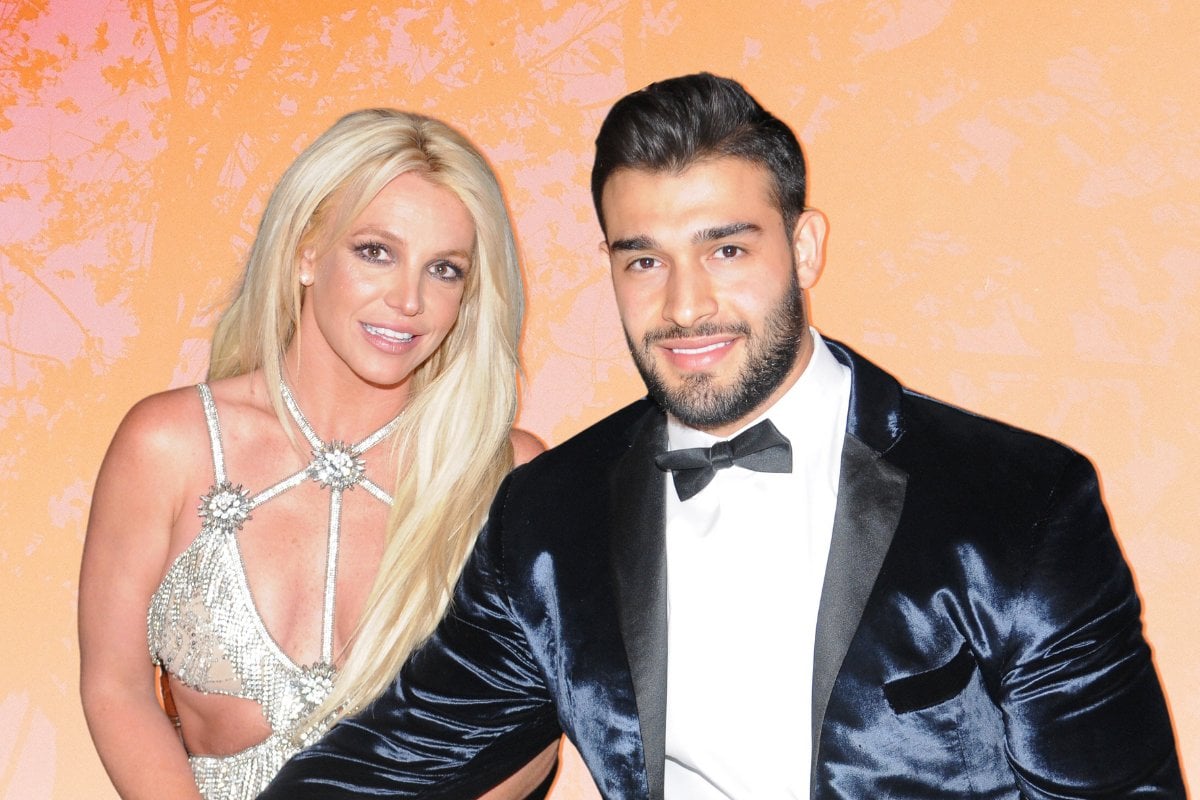 Despite the frequent headlines about his partner, her father and the conservatorship she lives under, Sam has rarely spoken publically about Britney's predicament or the growing #FreeBritney movement.

But as the buzz continues from the New York Times' new documentary Framing Britney Spears, Sam has made rare admissions about his life with Britney and her fraught relationship with her father.

He addressed the situation on his Instagram story and gave a number of short statements to media, making clear he was not on good terms with Jamie Spears, who Britney, 39, is currently trying to have removed from her conservatorship.

"It's important for people to understand that I have zero respect for someone trying to control our relationship and constantly throwing obstacles our way," 26-year-old Asghari wrote on Instagram.

"In my opinion Jamie is a total dick. I won't be going into details because I've always respected our privacy but at the same time I didn't come to this country to not be able to express my opinion and freedom." 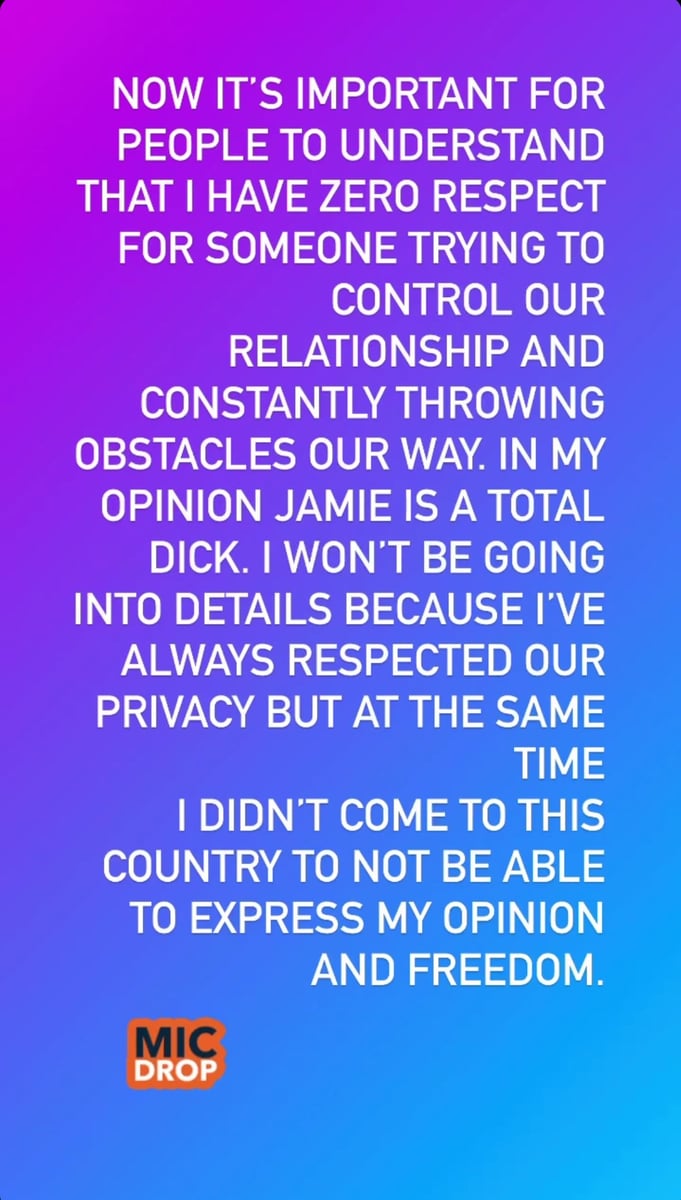 He told TMZ "once [Jamie] starts treating his daughter right, then we can be on good terms" causing fans to thank him for speaking up across social media.

Britney has been fighting her 13-year long conservatorship which gave her father control of her personal and financial decisions for months now.

In November 2020, her attorney told a judge she was afraid of her father and would not perform again until he was no longer in charge of her career.

Not much of Britney's life has been 'normal', with her becoming a household name at just 16 and holding no control over her own decisions for more than a decade.

But at least in the past five years, there has been one part of her life that has seemed more stable than the rest. And that is her relationship with Sam.

The two first met on the set of her 'Slumber Party' music video in 2016 and began dating that same year.

Sam, who moved to the United States from Iran in 2006, is a model, actor and personal trainer.

Unsurprisingly, given the complicated situation surrounding Britney for years, fans were cautious of her new boyfriend at first.

A source told US Weekly they weren't alone either, with "several people in Britney's life were iffy about Sam in the beginning of their relationship and worried that he was a fame-seeking opportunist and an enabler".

A separate source told Radar Online her father Jamie did not like Sam "at all" in 2016.

The #FreeBritney movement has long asked how the singer could at once be considered well enough to hold down a busy, lucrative workload and unwell enough to be unable to make her own personal and financial decisions. 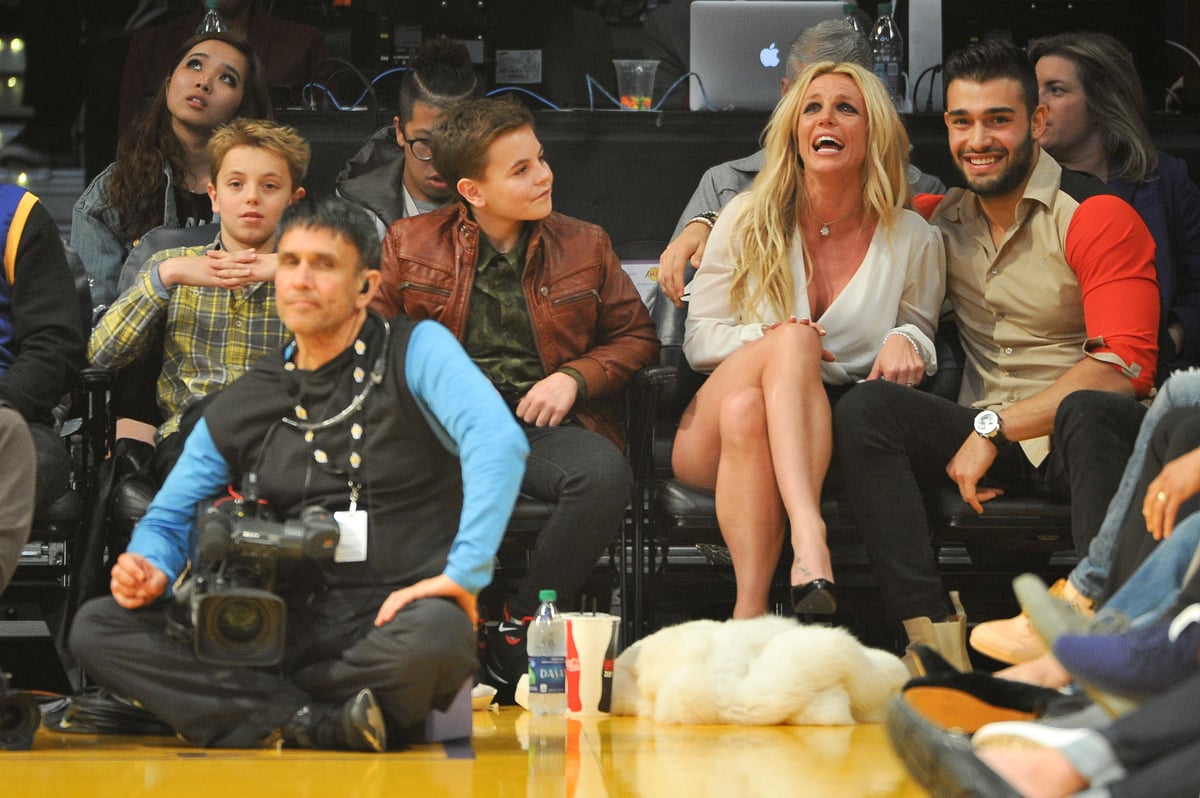 Britney and Sam with her sons, Sean and Jayden. Image: Getty.

And while we don't know the ins and outs of the legal controls, it does appear Britney has autonomy in choosing her partner.

"People seem to forget that Britney is very smart and independent. She's a grown woman who stands her ground in the relationships she's been in," US Weekly's source said.

"She was not going to let Sam get close to her... without 'vetting' him first, for lack of a better word. Sam has proven to be a solid, dependable man who always has Britney’s best interests at heart. He is one of only a handful of people she can say that about."

In 2017, Britney recalled finding Sam's number in her bag months after the music video shoot wrapped.

"I found his number in my bag. I was like, 'He is really cute. This guy is really cute'. So then I called him, and ever since then, he is just a really fun, funny person," she explained on radio show Fast in the Morning With Nathan Fast.

In 2019, Sam said the pair had a normal, supportive relationship.

"What I love the most about my relationship is the fact that it’s so normal. It's not glamorous or anything," he told US Weekly.

"She inspires me in my work and I can give so much to her by going to the gym, by going to work, by having a balanced life. We can get inspired by each other here and there and really grow with each other."

He explained his nickname for Britney - lioness - during an appearance on US talk show The Doctors.

"If you guys watch the Geography channel, I watch it all the time. The female lion inspires the male lion all the time," he said.

"I have three sisters, and so they inspired me. I was raised by women, and I think you guys are amazing, so that's where that came from. Lioness is a strong, strong animal." 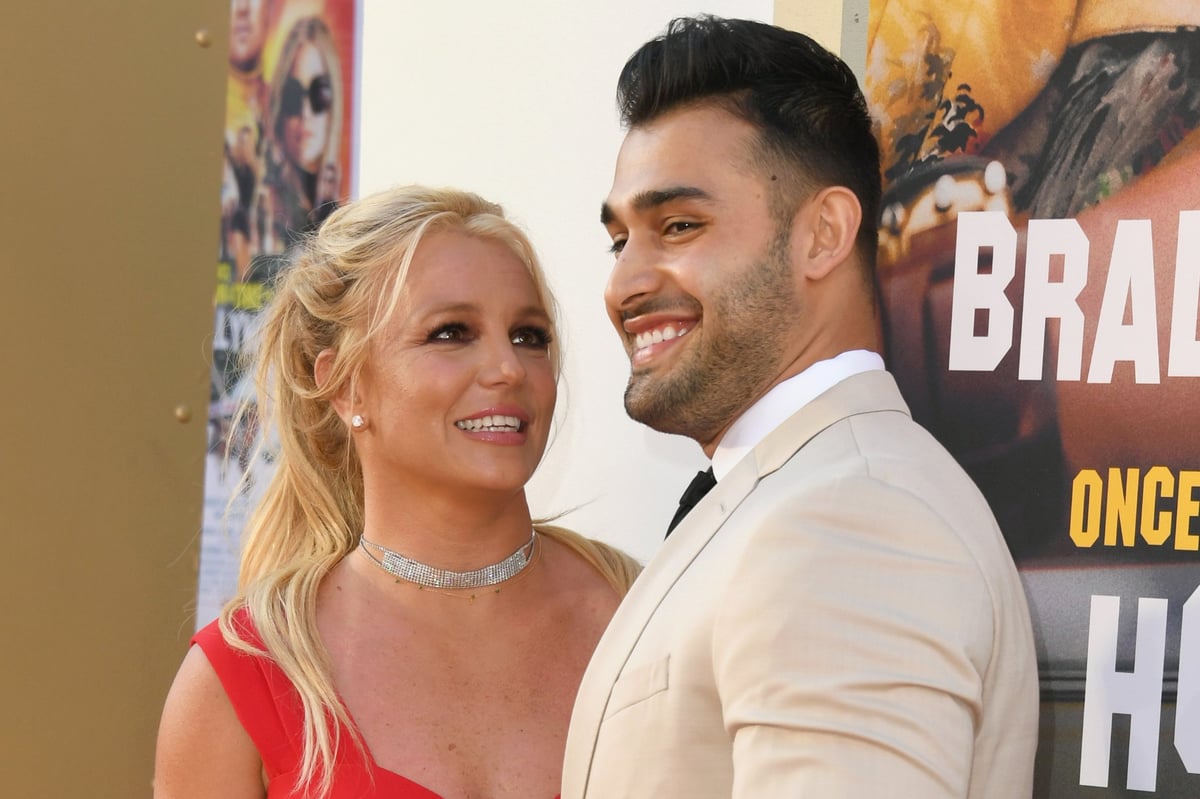 Britney and Sam both regularly share photos and videos of themselves together, cooking, working out and just generally joking around.

They made their red carpet debut at the July 2019 premiere of Once Upon a Time in Hollywood.

The pair have mostly been quarantining together at Britney's home in Thousand Oaks, California throughout the pandemic.

In February 2021, Sam responded to the Framing Britney Spears documentary - which probes the circumstances of the conservatorship arrangement - by telling People he was thankful for all the support Britney had received in the wake of it.

"I have always wanted nothing but the best for my better half, and will continue to support her following her dreams and creating the future she wants and deserves," he said.

"I am thankful for all of the love and support she is receiving from her fans all over the world, and I am looking forward to a normal, amazing future together."

Britney has not commented directly on the documentary, or Sam's reactions, but in sharing a three-year-old video of a performance of 'Toxic', she said she was taking time to "learn and be a normal person".

"Each person has their story and their take on other people's stories," she wrote.

"We all have so many different bright beautiful lives! Remember, no matter what we think we know about a person's life it is nothing compared to the actual person living behind the lens."