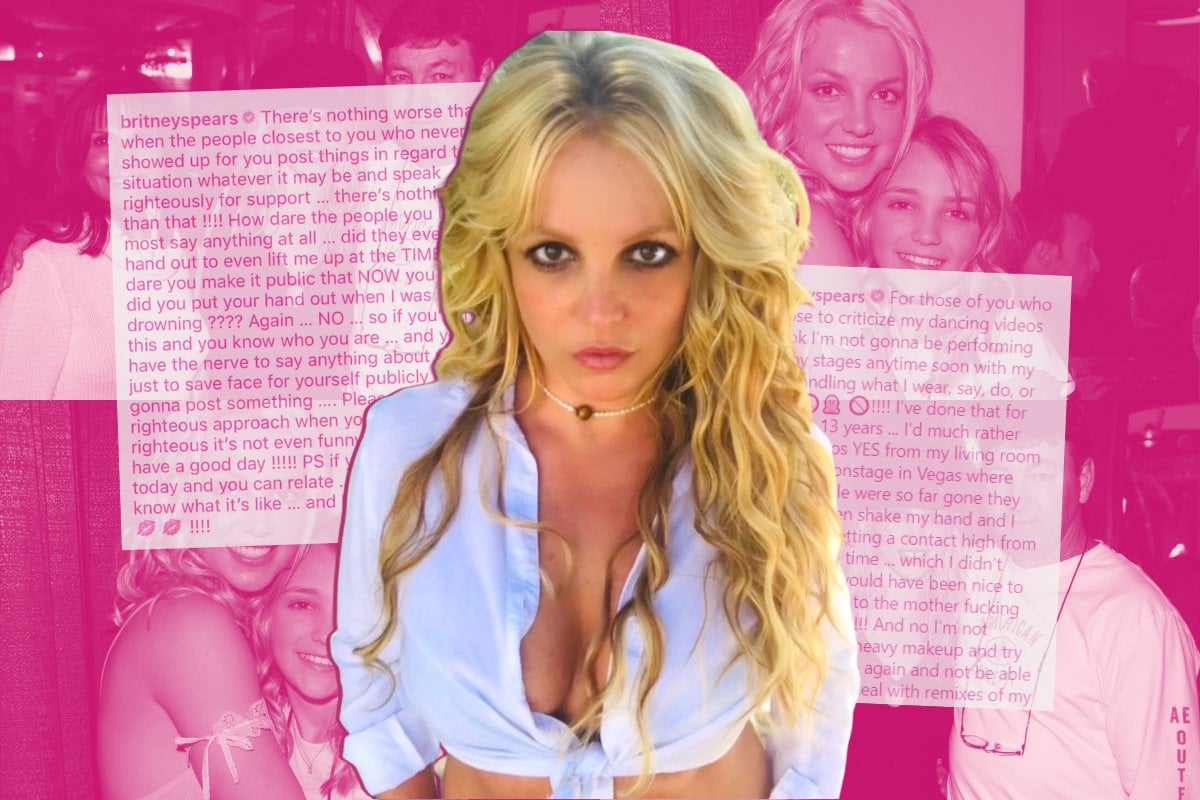 After years of silence and secrecy, Britney Spears has found - or been given back - her voice.

In June, the singer delivered a 24-minute testimony about the conservatorship she's lived under for 13 years, labelling it "abusive" and begging to be given back control over her own life.

Then on July 15, she appeared in court again and was granted a major win: Los Angeles Superior Court Judge Brenda Penny allowed Spears to hire her own lawyer, former federal prosecutor Mathew Rosengart.

Spears, taking part in the hearing by phone, told the judge she approved of Rosengart after several conversations with him.

"I would like to charge my father with conservatorship abuse," she said, speaking so rapidly she was at times difficult for the court reporter and journalists in the courtroom to understand.

She said she wanted the conservatorship to end immediately but not if it required going through any more "stupid" evaluations.

"If this is not abuse, I don't know what is," Spears said as she described being denied things as basic as coffee, her driver's licence and her "hair vitamins" by the conservatorship.

But Spears has not just been speaking up in court.

She used the words #FreeBritney for the first time last week in a social media post directly after her court win, where she posted footage of herself cartwheeling in celebration.

"Thank you to my fans who are supporting me," she wrote, ending the post with #FreeBritney.

The popstar, 39, then shared messages to social media over the weekend, with many thinly veiled shots at her family.

On Saturday, she shared an image with the quote "never forget who ignored you when you needed them and who helped you before you even had to ask".

The post came two days after her mother, Lynne Spears, posted a Bible quote to Instagram: "the light shines in the darkness and the darkness as not overcome it".

Her younger sister Jamie Lynn also posted vague messages of encouragement that seem directed at her sister on her Instagram Story.

"Once you choose hope, anything's possible," one said, followed by another that read: "Dear Lord, Can we end this bull sh*t once and for all. Amen."

The timing and content of Spears' post led many to believe it was directed at their posts.

"There's nothing worse than when the people closest to you, who never showed up for you, post things in regard to your situation whatever it may be and speak righteously for support," Spears wrote.

"How dare the people you love the most say anything at all... did they even put a hand out to even lift me up at the TIME!!!??? How dare you make it public that NOW you CARE... Please stop with the righteous approach when you're so far from righteous it's not even funny."

She said she would not perform as long as she was held under a conservatorship managed by her father, Jamie Spears.

"I'm not gonna be performing on any stages anytime soon with my dad handling what I wear, say, do, or think. I've done that for the past 13 years," she said.

Spears also directly addressed her sister, who raised eyebrows by liking the post.

"I don't like that my sister showed up at an awards show and performed MY SONGS to remixes," she said.

"My so-called support system hurt me deeply," Spears continued in her caption.

"This conservatorship killed my dreams, so all I have is hope and hope is the only thing in this world that is very hard to kill."

Most recently, Spears appeared to directly mock her sister in yet another Instagram caption.

Other celebrities have been showing support for the star on her posts, including Paris Hilton, Snooki and Selma Blair.

Meanwhile, Jamie Lynn and Lynne have both limited comments on their posts.

Spears and her new lawyer have yet to file a formal request to end the conservatorship.

The next court hearing is scheduled for September 29 in Los Angeles.

Until then, fans, and now Spears herself, will continue to yell #FreeBritney.

Reply
Upvote
1 upvotes
How disappointing to see people on this website undermining a woman who has spoken out about being abused in very real, verifiable ways. No one who has done some basic research can dispute that she has been hideously exploited & kept captive.

Let's not pretend this is the first time a woman has been called 'crazy' to allow control of her. For those who say "we have to trust the legal system"- the legal system was designed for men & has never supported women or those who are vulnerable.
L
laura__palmer a year ago

Reply
Upvote
2 upvotes
I've long bitten my tongue on this one (I couldn't imagine that enforced birth control is something that the courts would have enterd into lightly) , but after some of these outpourings, am I the only one who is wondering if the internet masses are ignorantly throwing Britney into the arms  of a boyfriend who mightn't have as good intentions for her as her family does/did?
M
mamamia-user-482898552 a year ago

Reply
Upvote
2 upvotes
@gu3st I've been similarly dismayed at people taking "sides" over a case regarding the legal competency of an individual, wherein all the facts of the matter are not known to the public. Everyone is a self-appointed armchair expert.
G
gu3st a year ago