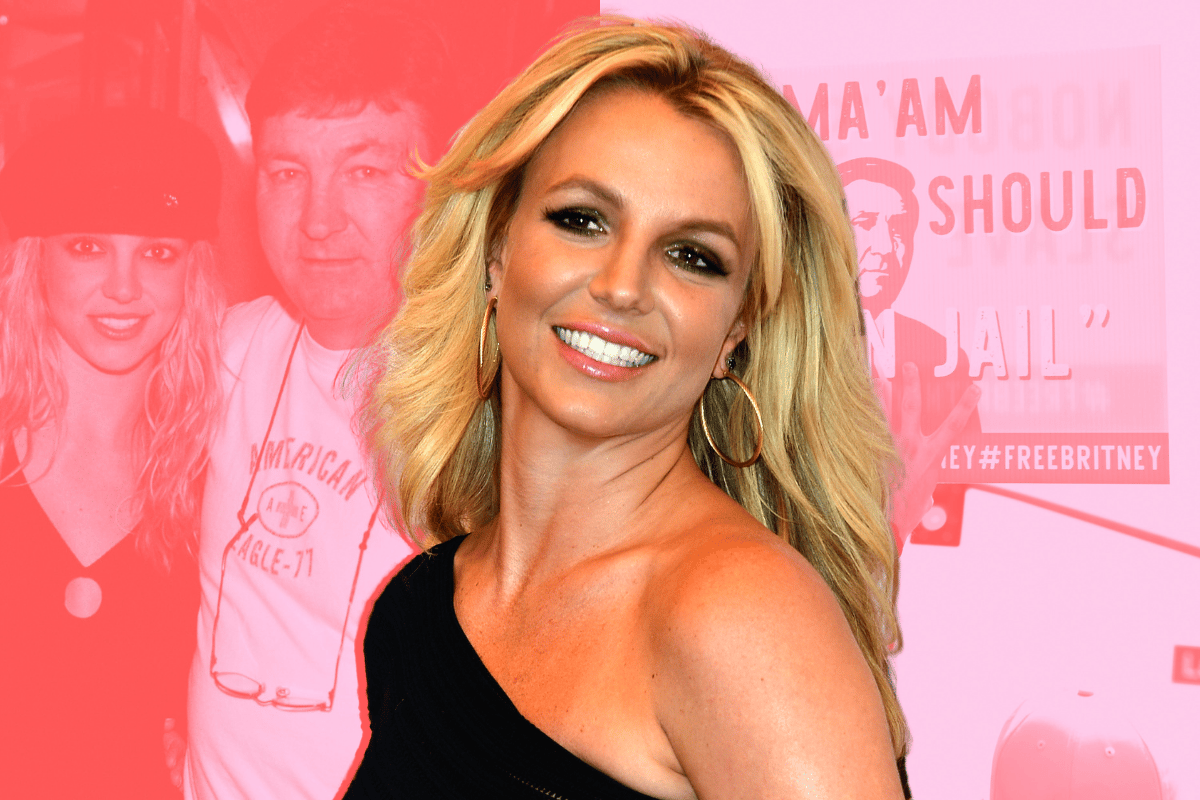 Jamie Spears will step away from his role as conservator of his daughter Britney Spears' estate.

The development comes just weeks after her legal team filed a petition to remove him and replace him with an accountant, and a month after Britney accused him "conservatorship abuse".

Jamie, who has controlled his daughter's affairs since the conservatorship began in 2008, agreed to step aside in court documents filed on Thursday, but the timing of his removal remains ambiguous.

The filing pushes back on many of the allegations of wrongdoing against him and argues there are "no factual grounds" for removing him from the arrangement, but he is giving up the fight.

"It is highly debatable whether a change in conservator at this time would be in Ms. Spears' best interests," the documents read, per The Hollywood Reporter.

"Nevertheless, even as Mr. Spears is the unremitting target of unjustified attacks, he does not believe that a public battle with his daughter over his continuing service as her conservator would be in her best interests.

"So even though he must contest this unjustified Petition for his removal, Mr. Spears intends to work with the Court and his daughter's new attorney to prepare for an orderly transition to a new conservator."

Jamie's lawyers said the public vilification of him was based on incomplete facts, the New York Times reported.

"If the public knew all the facts of Ms. Spears' personal life, not only her highs but also her lows, all of the addiction and mental health issues that she has struggled with, and all of the challenges of the Conservatorship, they would praise Mr. Spears for the job he has done, not vilify him. But the public does not know all the facts, and they have no right to know, so there will be no public redemption for Mr. Spears." 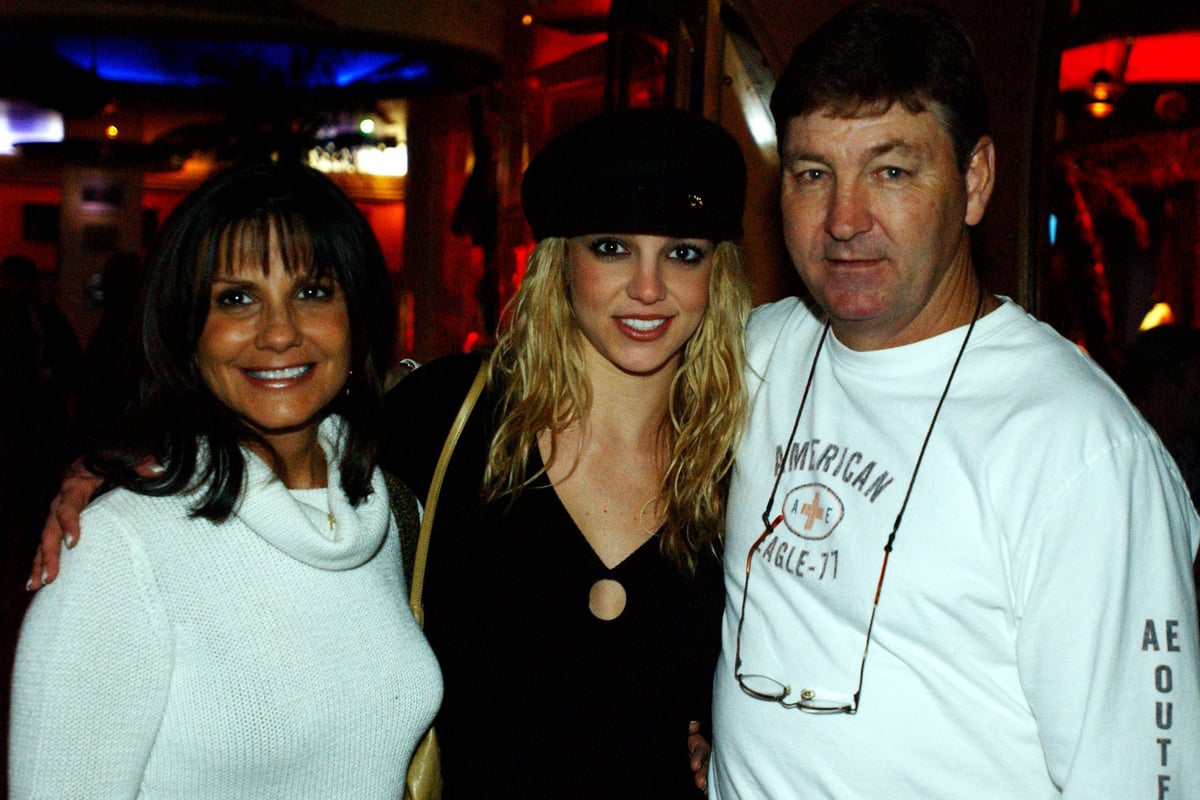 Britney with her parents, Lynne and Jamie Spears. Image: Getty.

The timeline for the change is not clear, only stating it would happen "when the time is right". Jamie's attorney Vivian Thoreen said he hoped to work with Britney's new legal team to ensure a smooth transition.

"When these matters are resolved, Mr. Spears will be in a position to step aside. But there are no urgent circumstances justifying Mr. Spears' immediate suspension," Thoreen wrote.

Britney's lawyer, Mathew Rosengart, called the decision "a major victory for Britney Spears and another step toward justice", but expressed disappointment in the tone of the filing.

"We are pleased that Mr. Spears and his lawyer have today conceded in a filing that he must be removed. We are disappointed, however, by their ongoing shameful and reprehensible attacks on Ms. Spears and others," Rosengart said. 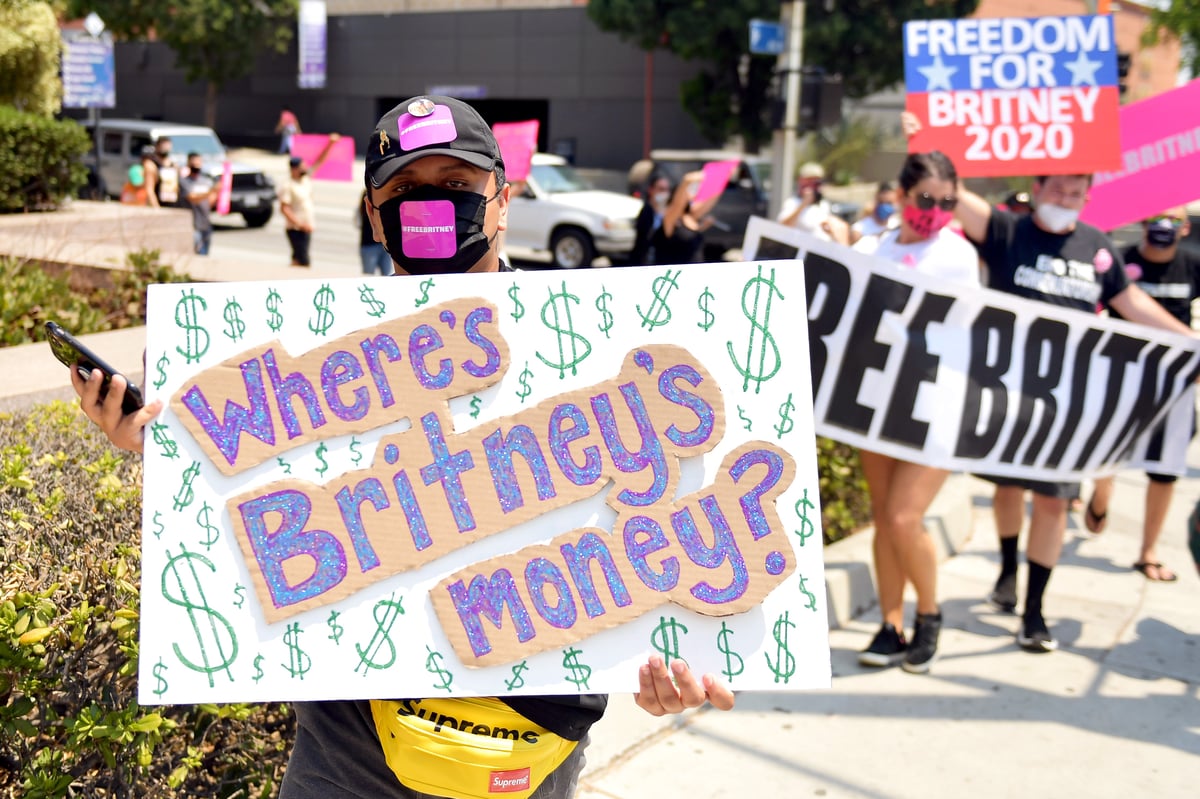 He made clear the fight for Britney's freedom was not over.

"We look forward to continuing our vigorous investigation into the conduct of Mr. Spears, and others, over the past 13 years, while he reaped millions of dollars from his daughter's estate, and I look forward to taking Mr. Spears's sworn deposition in the near future.

"In the interim, rather than making false accusations and taking cheap shots at his own daughter, Mr. Spears should remain silent and step aside immediately."

Hours after the news, Britney, 39, posted an illustration to Instagram.

Britney remains under the care of a personal conservator, professional Jodi Montgomery. The nature of the singer's mental health issues, which triggered the conservatorship in 2008, have never been publicly revealed.

It was only seven weeks ago that the world heard about Britney's conservatorship from the mouth of the popstar herself for the first time.

It took 13 years of silence, of closed door court sessions and sealed documents, for her to publicly share that she wanted out of the arrangement which controlled every part of her life.

The reality she described was worse than many had imagined. She recounted what she described as years of trauma under the "abusive" arrangement and at the hands of the people in charge, namely her father Jamie.

Britney testified that she was forced to take lithium, made to perform while sick and unable to remove her IUD.

"I've lied and told the whole world I'm OK and I'm happy," Spears said. "I truly believe this conservatorship is abusive. I don't feel like I can live a full life."

On July 14, she once again made clear she wasn't happy with her father's involvement in her estimated US$60 million (AU$82m) estate and accused him of "conservatorship abuse" in another court appearance.

That day, the court also approved Rosengart to replace Samuel D. Ingham as Spears' attorney. She said in her June testimony that she had never had the opportunity to pick her own lawyer but would like to.

This is just another step towards ending Britney's conservatorship, the ultimate end goal of the #FreeBritney movement and Spears herself.

I’m so happy to hear this news. 👏❤️ It’s been so long overdue but I’m so glad that Britney is on her way to finally being free. Sending so much love! 👸🏼💕✨ #FreeBritney https://t.co/VVDg6cdtGu

The next status hearing in the case is scheduled for September 29.

Reply
Upvote
3 upvotes
Be interesting to see if we ever find out the full story.
M
mamamia-user-482898552 a year ago

Reply
Upvote
4 upvotes
@snorks Unlikely. However, people seem very keen to form an opinion based on assumptions from the vantage place of their armchairs, regardless. Who needs the actual facts of the matter?
C
cat a year ago

Reply
Upvote
@mamamia-user-482898552 you seem to particularly keen to undermine peoples very reasonable concerns about a woman being exploited by many people making money off that exploitation. Which 'actual facts' are you waiting for? The vast majority of them are out there, but I doubt you've looked.
S
snorks a year ago

Reply
Upvote
2 upvotes
@cat really? You know all the stuff that's in sealed court records?
M
mamamia-user-482898552 a year ago