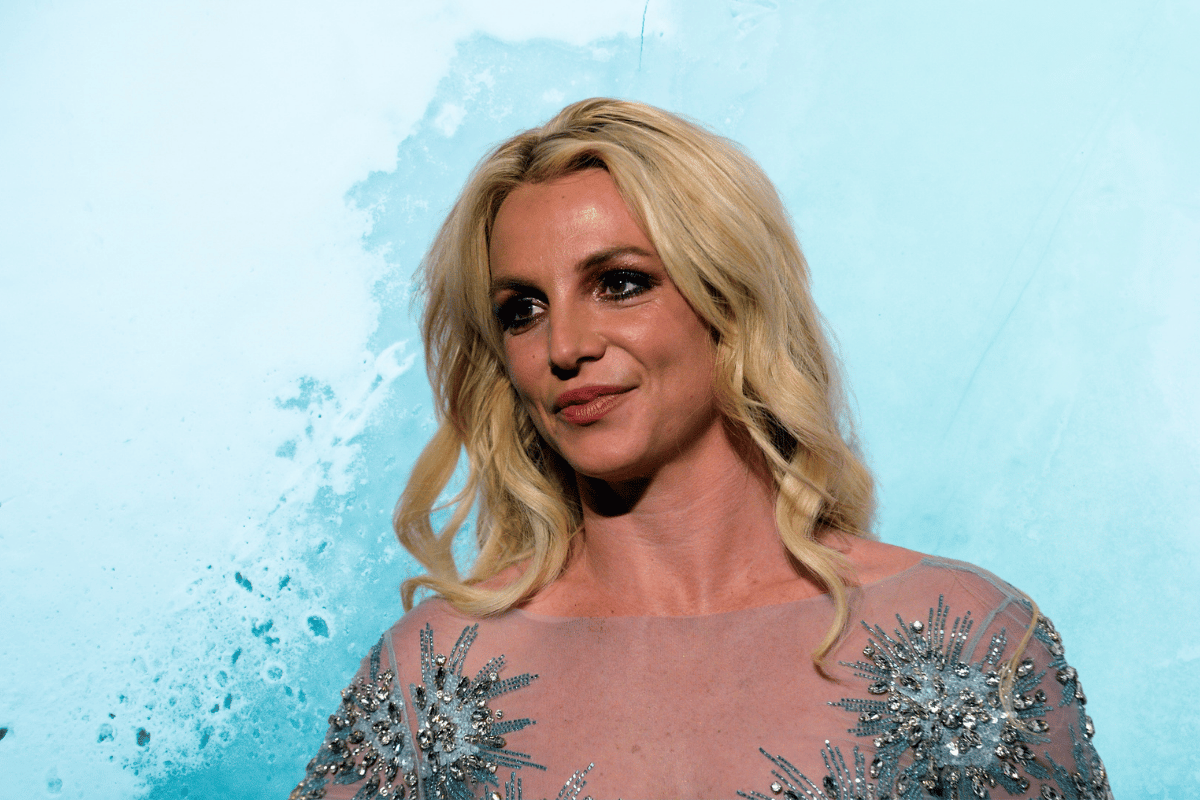 In a landmark court appearance, the singer delivered a 24-minute testimony about the conservatorship she's lived under for 13 years.

The arrangement, which she described as "abusive", has prevented her from making her own personal and financial decisions. Her father holds the role of her conservator.

"I truly believe this conservatorship is abusive... I’ve been in denial. I’ve been in shock. I am traumatised," the 39-year-old told an LA courtroom.

"I just want my life back."

Since her testimony, celebrities, including her exes and sister have shown support for the singer. Key players in Spears' team have also stepped down in the weeks since.

Here's your run-down on everything's that's happened after her court appearance.

In the days after Spears' testimony, celebrities of the likes of Mariah Carey and Khloé Kardashian were quick to show their support on social media and praise the singer's courage for speaking out.

These past few days I’ve been thinking about Britney and everything she is going through.

It is unacceptable that any woman, or human, wanting to be in control of their own destiny might not be allowed to live life as they wish. pic.twitter.com/NRhNwcJaD3

Bless Britney and I hope with my whole heart she is awarded freedom from this abusive system. She deserves it more than anything. I admire her courage speaking up for herself today.

No one should be treated like this. Stay strong Queen!! You deserve better 💜🦄🌈✨💜 #FreeBritney

Justin Timberlake, who Spears dated from 1998 to 2002, also spoke out against her conservatorship.

"After what we saw today, we should all be supporting Britney at this time," he wrote on Twitter.

"Regardless of our past, good and bad, and no matter how long ago it was... what’s happening to her is just not right. No woman should ever be restricted from making decisions about her own body. No one should EVER be held against their will... or ever have to ask permission to access everything they’ve worked so hard for."

Timberlake went on to say that he and his wife, Jessica Biel, send their "love" and "support to Britney during this time".

After what we saw today, we should all be supporting Britney at this time.

Regardless of our past, good and bad, and no matter how long ago it was… what’s happening to her is just not right.

No woman should ever be restricted from making decisions about her own body.

Fans weren't too happy about his statement and called the singer hypocritical for speaking out now when he contributed to her negative public persona.

And he wasn't the only one of Spear's exes to weigh in on the matter.

Spears' ex-husband and father of her two sons, Kevin Federline, also released a statement via his attorney Mark Vincent Kaplan, where he said he supports Britney for challenging her conservatorship.

"If it’s what’s best for her, Kevin supports it... If she’s strong and healthy and wants to be in control of her own life, and can do that in a reasonable, responsible fashion, then more power to her."

Kaplan added Federline had no personal involvement in the conservatorship proceedings.

Spears apologises for 'pretending to be ok'.

Two days after her testimony, Spears released a statement on Instagram apologising to fans for pretending she was fine and keeping quiet up until now.

"I apologise for pretending like I’ve been ok the past two years," she wrote alongside a quote from Albert Einstein.

"I did it because of my pride and I was embarrassed to share what happened to me… but honestly who doesn’t want to capture their Instagram in a fun light."

"Believe it or not pretending that I’m ok has actually helped… so I decided to post this quote today because by golly if you’re going through hell… I feel like Instagram has helped me have a cool outlet to share my presence … existence… and to simply feel like I matter despite what I was going through and hey it worked."

In a series of videos on her Instagram Stories, the 30-year-old addressed why she had not spoken out about the issue sooner, saying she felt it 'wasn't her place.'

"I think it's extremely clear that since the day I was born that I've only loved adored and supported my sister. This is my freakin' big sister before any of this bulls**t. I don't care if she wants to run away to the rainforest and have a zillion babies in the middle of nowhere, or if she wants to come back and dominate the world the way she has so many times before."

"I have nothing to gain or lose either way. This situation does not affect me either way because I am only her sister who is only concerned about her happiness." 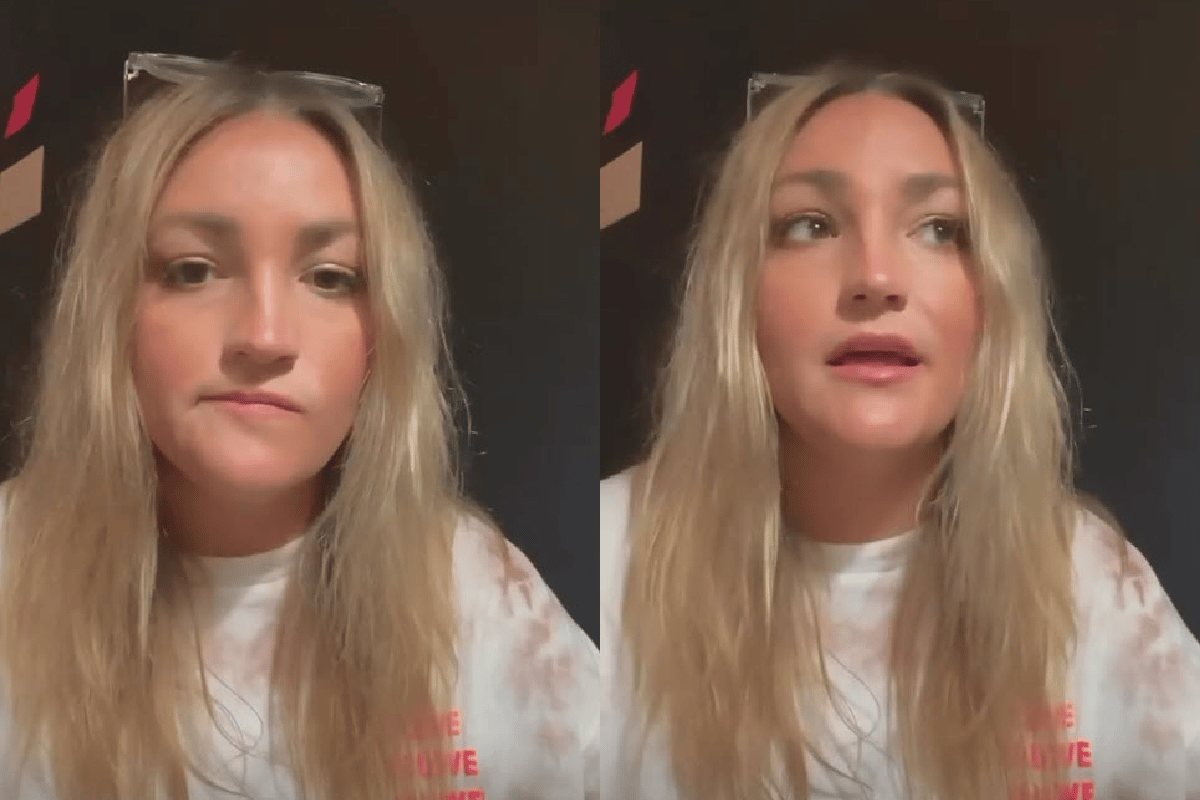 She went on to say that while she does not show her support publicly for the world to see, she has supported her sister privately and will continue to do so.

"Maybe I didn't support her the way the public would like me to with a hashtag on a public platform. But I can assure I have supported my sister long before there was a hashtag, and I'll support her long after. Note that."

"I love my sister, always have, always will, as long as she's happy. So let's keep praying. That's all," she concluded.

Spears' request to remove her father from her conservatorship gets denied.

Last week, Judge Brenda Penny denied Spears' request from November 2020 to remove her father as her conservator of her $60 million estate.

Back in November, Spears lawyer filed a motion asking for Bessemer Trust Company, a third party company, to become the sole conservator of her estate.

However, this request was denied, with the judge ruling that Jamie and Bessemer Trust would both have equal power over her finances and person.

"The conservator's request to suspend James P. Spears immediately upon the appointment of Bessemer Trust Company of California, N.A. as sole conservator of estate is denied without prejudice," court documents read, according to E! News.

Earlier this week, Spears' attorney Sam Ingham, who has represented her since the conservatorship began in 2008, submitted a petition to resign. Under the terms of his resignation, he will still represent the singer until a new lawyer is appointed.

It comes after Spears stated she wanted to choose her own attorney in court.

"I haven't really had the opportunity by my own self to actually handpick my own lawyer by myself. And I would like to be able to do that," she said in her testimony.

According to TMZ, the 39-year-old has now been in contact with a law firm and is hoping to hire former federal prosecutor Mathew Rosengart, who has represented Hollywood stars such as Ben Affleck, Steven Spielberg and Sean Penn.

In a letter to her conservators, Rudolph said he he had not spoken to Spears in over two-and-a-half years and was informed that Spears wanted to "officially retire".

We'll hear more about the singer's conservatorship when the next hearing goes ahead on July 14.