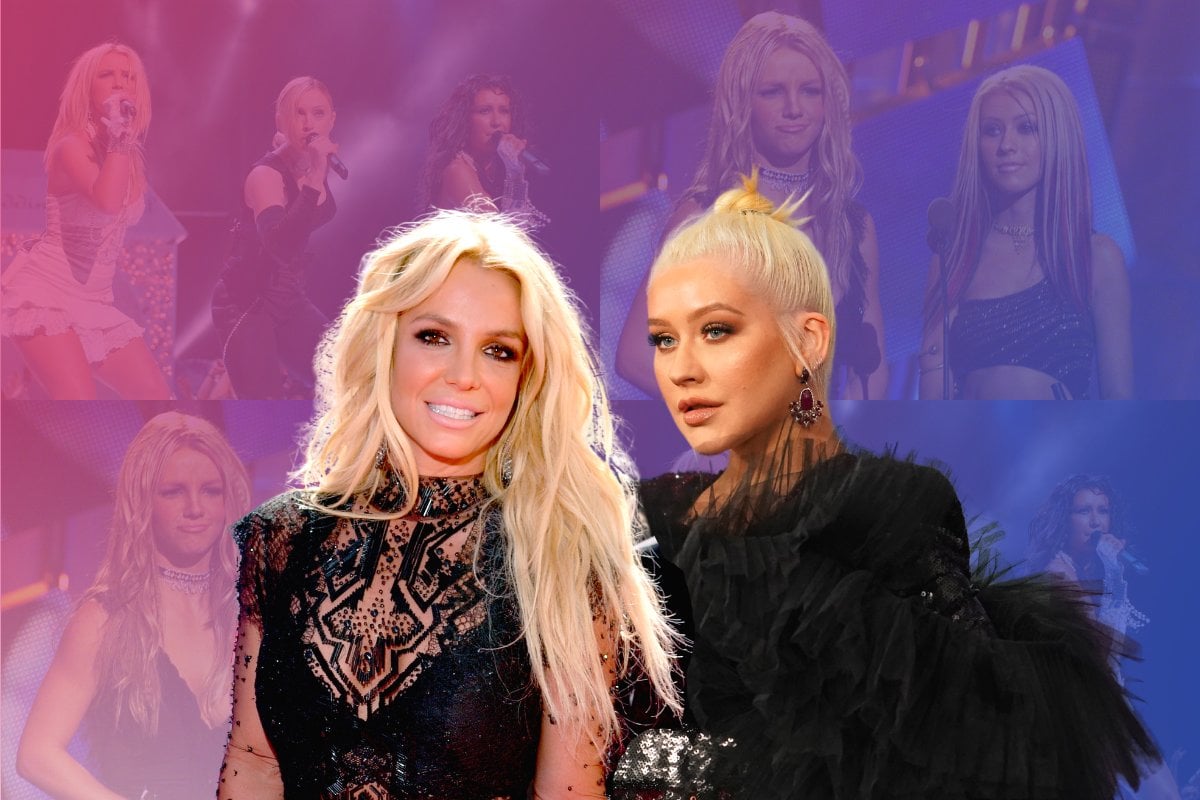 The internet is, understandably, very protective of Britney Spears at the moment.

The popstar is enjoying her new freedom - after her almost-14 years of living under a conservatorship came to an end on November 12 - and feeling the love from fans and fellow celebrities alike.

On November 18, Spears' longtime peer Christina Aguilera was asked about Spears' freedom on the red carpet for the Latin Grammy Awards. Immediately after, a video of this exchange went viral.

Aguilera herself frowns and says she can't answer the question, before adding "but I'm happy for her".

"I love and adore everyone who supported me... but refusing to speak when you know the truth, is equivalent to a lie," Spears wrote.

"13 years being in a corrupt, abusive system, yet why is it such a hard topic for people to talk about? I'm the one who went through it all!"

Unfortunately, the video doing the rounds is missing key context.

this is the whole video. the interview was stopped before the britney question then the publicist took xtina. pic.twitter.com/ZQ9vxdJzYW

In an extended clip, Aguilera's manager attempts to end the interview prior to the Spears question. Aguilera looks at him as he does so, before the reporter continues. Her 'frown' appears to be at the awkwardness of the situation, and not necessarily because of the question itself. Then, the manager touches her wrist in a 'let's go' movement, as she says "but I'm happy for her".

"It is unacceptable that any woman, or human, wanting to be in control of their own destiny might not be allowed to live life as they wish," Aguilera wrote.

To a woman who has worked under conditions and pressure unimaginable to most, I promise you she deserves all of the freedom possible to live her happiest life.

My heart goes out to Britney. She deserves all the TRUE love and support in the world. 🤍

Social media erupted into fan wars and insults, and news outlets picked it up with headlines declaring that their long-dead feud had been revived.

'Brit vs Xtina' is probably one of the most well-known celebrity 'feuds' of all time, and along with 'Paris vs Nicole', the most notorious of the early to mid-2000s period.

Spears and Aguilera have known each other since childhood. They rose to fame together as child stars on Disney's The Mickey Mouse Club, and became the world's biggest pop stars at the same time a few years later. 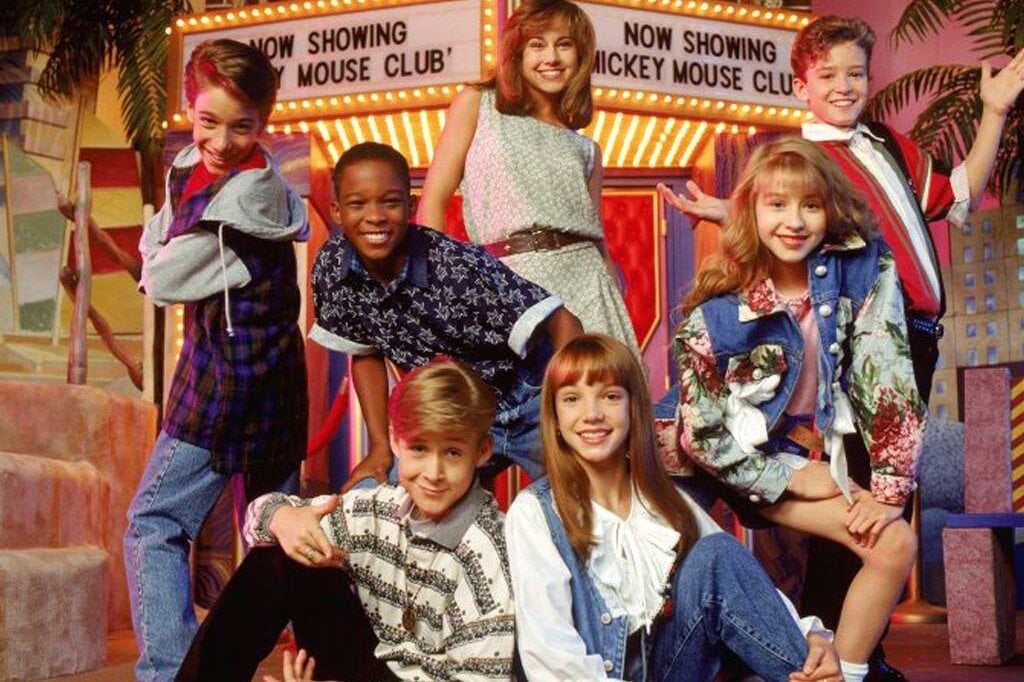 And from the very beginning, they were pitted against each other.

Each had a clear lane. Spears was the wholesome, cookie-cutter southern Baptist. Christina was more unconventional; the 'bad girl'.

They were set up to compete for exposure and sales, and fans were made to choose. Did you prefer Spears or Aguilera? Both was not an option.

Then, what could have been taken as a show of solidarity, became the feud's most solid foundation.

In 2003, Spears, Aguilera and Madonna gave an infamous performance at the MTV Video Music Awards.

During the performance, Spears and Madonna kissed, causing an uproar. The camera then very quickly cut to Justin Timberlake, Spears' recent ex-boyfriend, for his reaction, missing most of a kiss between Aguilera and Madonna. This meant most of the chat about the performance excluded Aguilera. 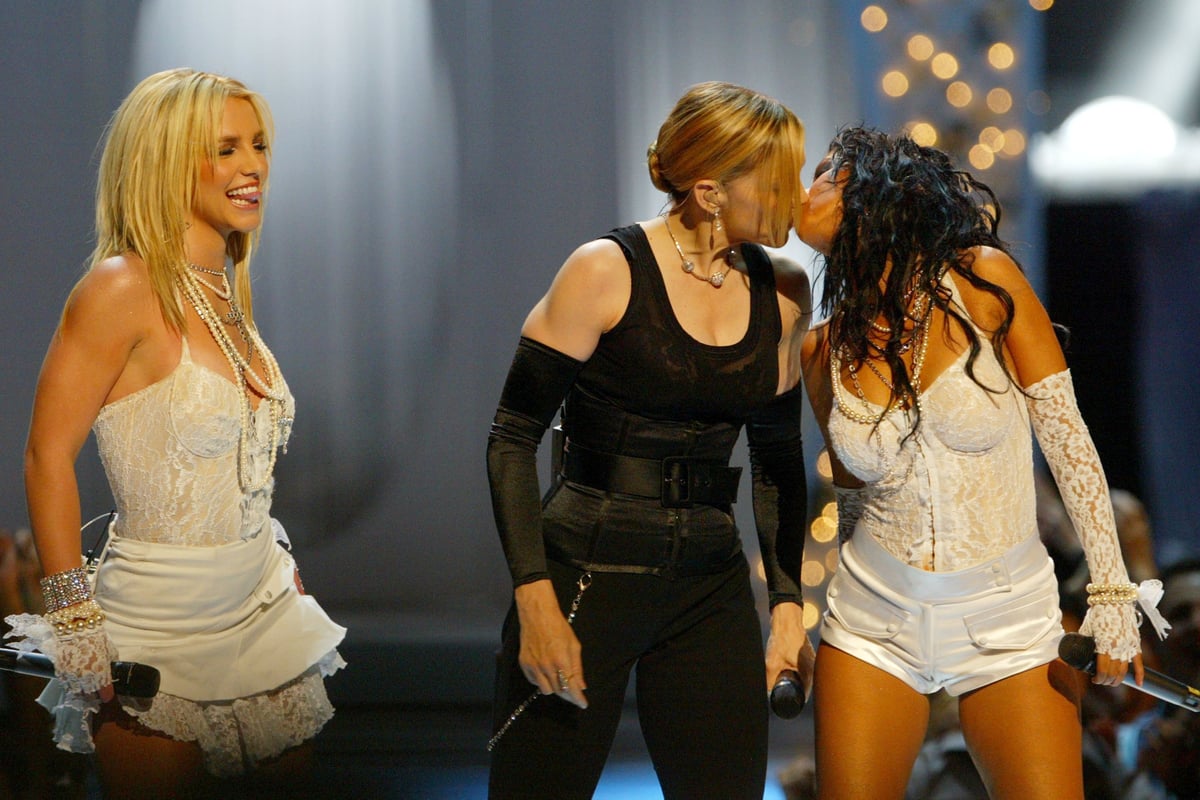 "Every time I tried to start a conversation with her — well, let's just say she seemed nervous the whole time," Aguilera told Blender magazine following the performance.

"She seems to me like a lost little girl, someone who desperately needs guidance."

"A lost girl? I think it's probably the other way around. I can't believe she said that about me," Spears said in a rebuttal to the same publication.

"When someone has been rude to you so many times, it's like, 'You know what, Christina, I'm really not about the fake anymore.'"

Aguilera then toured with Timberlake from June until September 2003, which many perceived as another jab, and a year later made a joke about Spears' ring following her whirlwind engagement to Kevin Federline.

The media ran with it all, labelling it 'beef', 'drama' and of course, a 'cat fight'. While previously their relationship had been the subject of rumours and projection, here were some legitimate quotes they could use as ammunition. 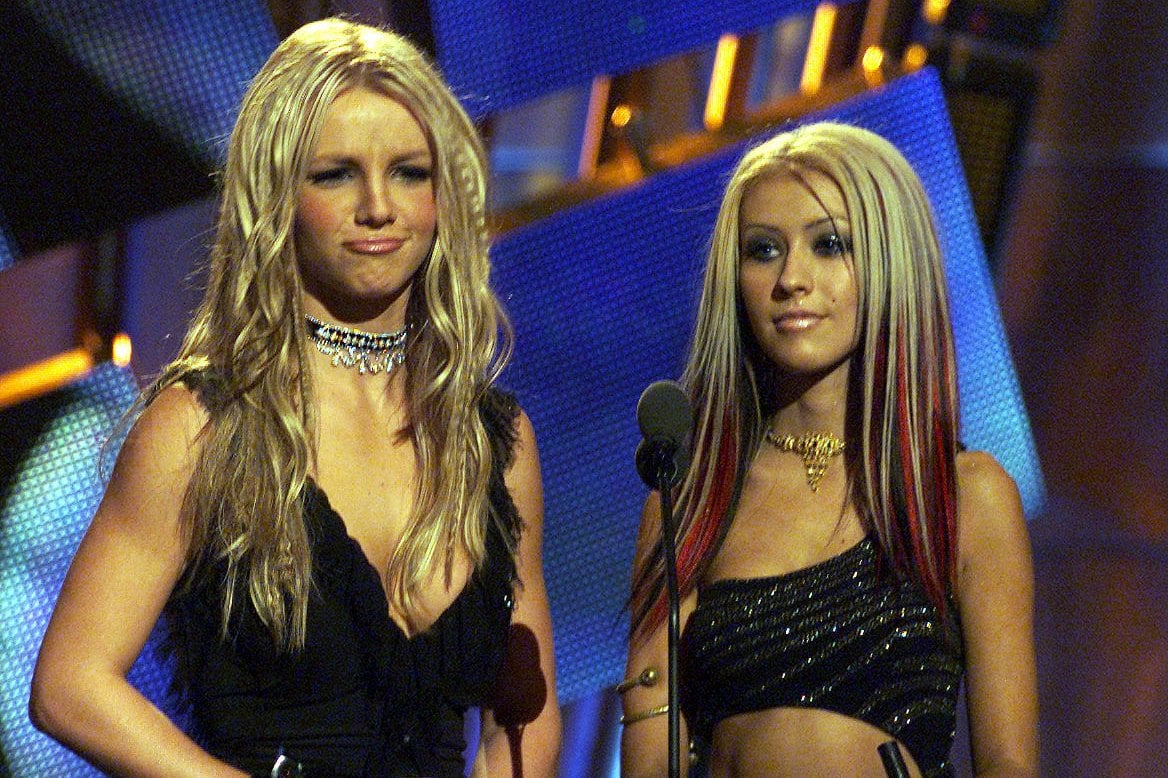 The extent to which these comments were legitimately how the stars felt, versus how much was coached by publicists and executives, is unknown. But if you have been told for years by the industry that there is only room for one young popstar at a time, it's easy to sympathise with the distrust and rivalry between the two.

By 2008, any animosity seemed to have petered out and by 2011, they were trading messages of support on social media.

Reflecting on those years, Aguilera told the Daily Mail she regretted her public comments.

"When we both started releasing records, it was a funny time for me," she said in 2008. "It must have seemed as if we were competing with each other, but, in reality, Britney is someone that I used to hold hands with. We were silly little girls together on The Mickey Mouse Club. What a journey it has been for both of us."

Aguilera said she didn't pass judgement on Spears, who she might not be best friends with, but wished nothing but the best for.

"There have been so many stories about the two of us not getting on," she said. "We don't keep closely in touch with one another, and it's obvious how our lives have taken on two different directions." 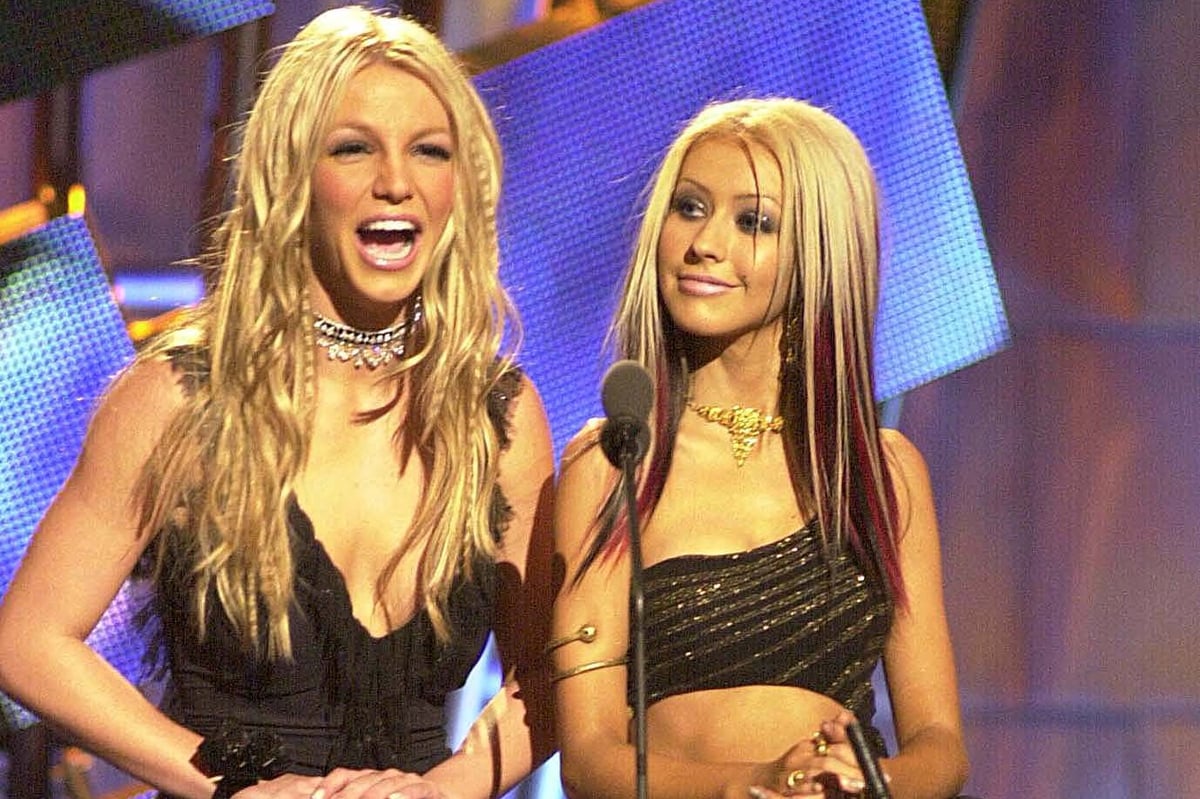 Fellow popstar Pink also shared this sentiment in a May 2021 interview, telling People that a lot of the marketing and publicity at the beginning of her career was about pitting these women against each other.

"It was so unfair to all the girls," she said. "None of us wanted that."

Pink herself was marketed as the "anti-Britney".

"I was like, 'Dude, I'm a street punk, I just skateboard. That doesn't have to be the anti-Britney. I don't want to fight anybody.'"

Spears and Aguilera have a lot of history. It's complicated, and a lot of it appears to be based on the advice and judgements of people who worried they could not co-exist at the same time.

That is no longer the case. Today's pop music landscape is dominated by women: current stars like Dua Lipa, Taylor Swift, Adele, Lizzo, Olivia Rodrigo, Ariana Grande, Billie Eilish have all carved out their own identities and spaces, irrespective of their 'competitors'.

Spears was still living under a conservatorship when Aguilera shared her thread of support on Twitter in June, and it is possible she did not see the post.

'Sources close the Aguilera', which may or may not be reliable, told HollywoodLife she was "genuinely surprised" by the public call out, and would like to have a public chat with Spears to clear the air.

Here's hoping that can take place, so that once again, we can put this narrative to bed.