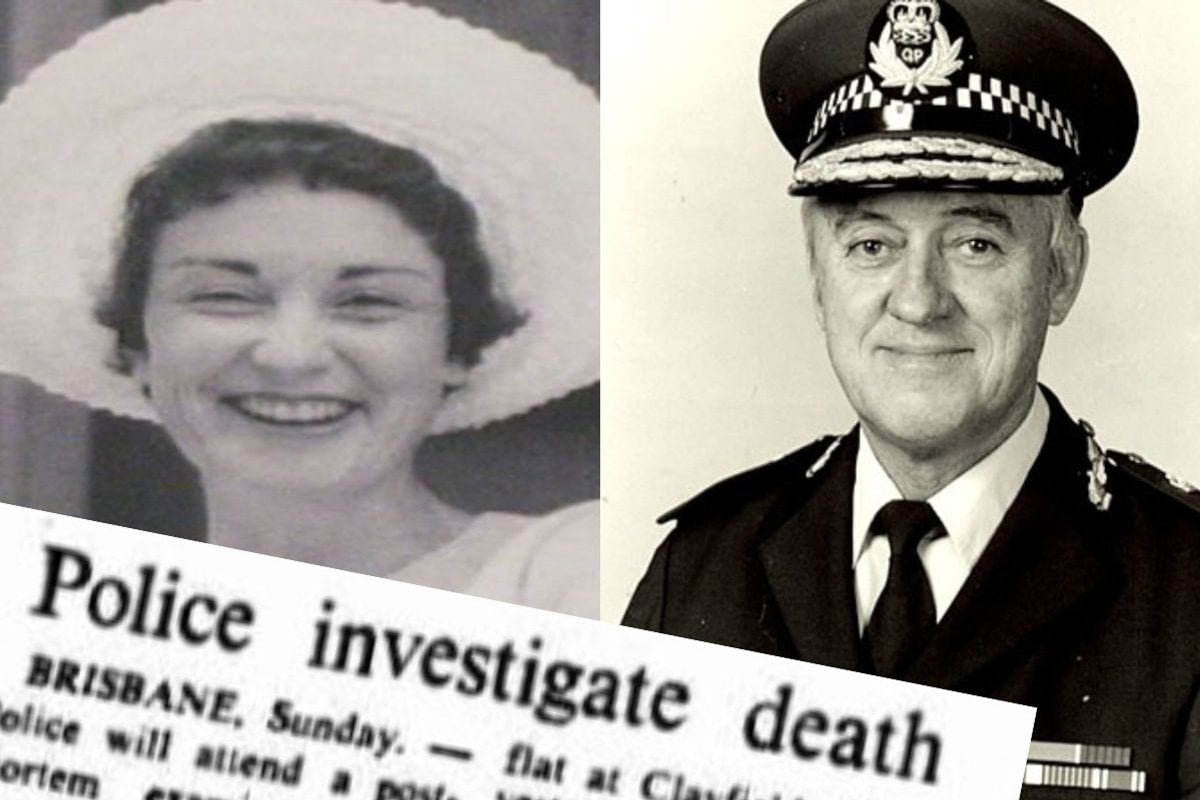 It was the perfect scam.

Former Queensland police commissioner Frank Bischof and his 'rat pack' of dodgy cops; Glen Hallahan, Terry Lewis and Tony Murphy, would cash in on weekly bribes from Brisbane's sex workers in exchange for 'protection' from prosecution.

It was a set-up that would continue through from the late 1950s until the late 1980s, despite multiple sex workers trying to expose them.

LISTEN: To a deep dive on this era of Queensland crime. Post continues after podcast.

Somehow, this scam just kept surviving, despite multiple attempts to take it down.

First, there was Dorothy Knight.

She'd been arrested for forging cheques at department stores, and while in prison, was befriended by Queensland detective Glen Patrick Hallahan.

Fresh out of jail in the 1960s, Dorothy got involved in sex work in Brisbane and was kicking back $20 a week to Hallahan. That money in today's prices would be closer to $200.

"She felt like there was very little she could do without his permission. And this is how these relationships evolve, there's almost a distinctive ownership of this woman as a piece of money generating property," investigative journalist Matt Condon told True Crime Conversations.

Hallahan had the same setup with multiple other women. And it wasn't all about control and handing over money.

"They would sometimes have a drink together – have a scotch and ice in the National Hotel before everyone got down to work. They would share gossip ...so a sense of trust, and – from these women's point of view – a degree of an actual friendship," said Condon.

"But over time when the money starts mounting and the demands continue ceaselessly, women like Dorothy do reach a breaking point threshold where they go 'why am I working so hard, and just handing over my profits to these corrupt police?'"

Dorothy reached that threshold in 1971, when she agreed to go undercover and catch Hallahan in a sting.

Wearing a wire, (non-crooked) Queensland police watched on as Dorothy did her weekly cash handover.

The sting was successful in that Hallahan was arrested, charged and suspended from the police force. But his case was eventually dismissed in court due to dodgy audio from the wire.

It wasn't the first time the rat pack had gotten away with it.

In 1963, there was a royal commission into the National Hotel, sparked by a local politician and lawyer who'd stumbled across the dodgy dealings going down at the premises.

But Shirley Brifman, another sex worker who was paying kickbacks, was put on the stand. 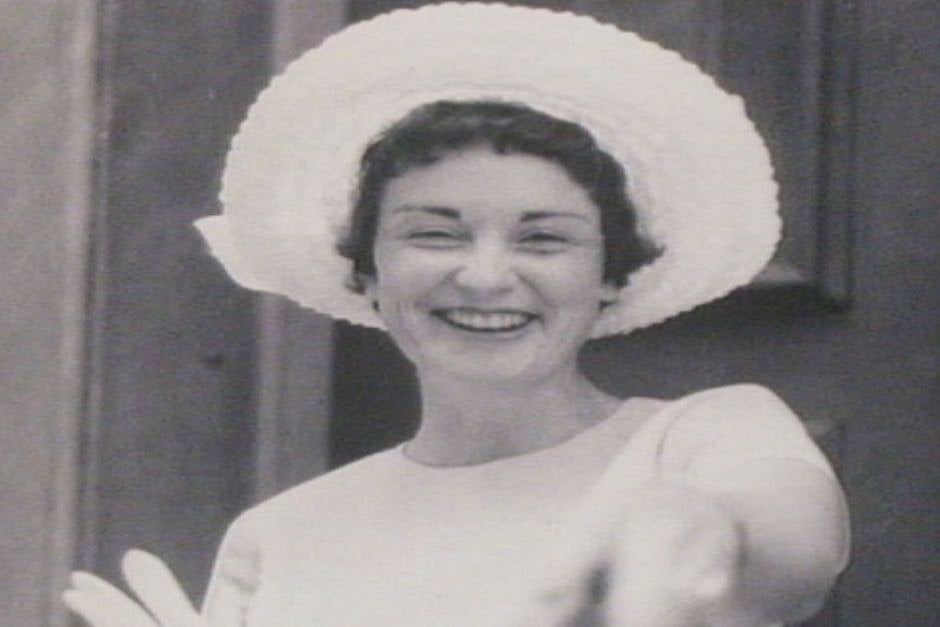 "She gets into the witness box and flatly denies she is a sex worker. She says she only pokes her nose into the National Hotel once every six months...when in fact she's probably working out of there five nights a week. What we learned much later is that her evidence to the royal commission was totally coached. She was not only given the answers she was supposed to give to these questions, she was given the questions themselves as well," explained Condon.

As a result, the inquiry lost any sort of traction and no evidence of police misconduct was found.

But Shirley would eventually reach her threshold. After paying off police for 13 years, she was arrested and charged (the very thing she was paying to avoid), and put into prison.

When she was released, she made the decision to get her revenge.

In 1971, she went to the ABC and sat down for an interview with This Day Tonight, where she made claims of corruption against police in both QLD and NSW. She also admitted to fabricating evidence at the National Hotel inquiry.

On the back of her allegations, Detective Tony Murphy was charged with perjury.

But not even a year later, Shirley was found dead in a police safe house in Clayfield. Those charges never made it to court and Murphy remained in the force.

As Condon told True Crime Conversations, police didn't attempt to preserve the scene for evidence and it was recommended that there be no inquest because "she was a sex worker and she had a history of drug taking and she'd attempted her own life before and this was pure and simple a successful suicide".

A newspaper clipping from the Canberra Times in 1972. Image: MyHeritage.

In 2017, after lobbying from her family, Queensland's attorney-general referred the case back to the state's coroner to be re-investigated. However, nothing has happened as of yet.

Bischof was replaced as commissioner by honest cop Ray Whitrod, in 1970. And for a time there, attempts were made from the inside to really straighten out the force. But it didn't last long.

By 1976 rat packer Terry Lewis, had been installed into the top job. He'd originally been assigned to be Whitrod's assistant police commissioner, but Whitrod resigned in protest at the decision.

She was much more of a businesswoman than Dorothy and Shirley; running several of her own parlours. By the mid-70s, she had her own empire, but that also meant she was kicking back a lot more cash to the corrupt officers – as much as $40,000 a month.

As Condon explained in an ABC article, it's believed Simone was on the brink of telling (honest) police everything she knew about the corruption at play, and had already started to drop names and details.

The police officer in charge of the investigation had his suspicions that corrupt police were involved. But when he voiced those concerns to his boss Tony Murphy (yes, that Tony Murphy), he was taken off the case.

It remains to this day a cold case, and Simone's body has never been found.

It was a woman known only by her pseudonym Katherine James, who would eventually be successful in dismantling the rat pack.

A brothel madam in the 1970s/80s, Katherine was also giving the group kickbacks. But when she tried to open her own franchise (and paid the rat pack to do so), and they still didn't let her open, she saw red.

"In all instances you've got these incredibly intelligent women, capable of running multi-million dollar businesses, having to kick back to a lot of ill-educated, corrupt and morally bankrupt police officers," Condon told True Crime Conversations.

Katherine went on to become the star witness in The Fitzgerald Inquiry into police and political corruption in 1987, that was sparked by an ABC Four Corners investigation into the state's police corruption.

In that court-room, Katherine dished on every single crooked cop and deal before being put into police protection – where she remains to this day.

As Condon explained, "It amazes me to this day how quickly the house of cards collapsed after a credible, genuine witness like Katherine James who had worked inside this corrupt system for ten years...police started like rats jumping a ship almost instantly."

Once the inquiry wrapped up, Terry Lewis was suspended from duty and convicted of 16 counts of corruption, and forgery for which he served 10.5 years for.

Neither Hallahan nor Murphy were called before the inquiry, and both died without having to face a court.

The widespread change that came into place in the wake of The Fitzgerald Inquiry gave Queenslanders a clean slate.

But it was all thanks to the bravery of four women – who tried and tried again in their own ways over the years, to reveal the corruption for what it was.

While Katherine is still living anonymously, Matt Condon told True Crime Conversations, Dorothy is suffering from a myriad of health issues, some of which stem from her time working alongside the rat pack.

"That changed her life. She had no idea what she was getting into. She said she wouldn't have done it if she knew how her life would pan out because she dared to stand up and do the right thing."

Matt Condon is host of the new ABC podcast DIG – Sirens Are Coming, which provides a more in-depth exploration into this time in history.

Reply
Upvote
1 upvotes
And one of the first, if not the first police officer to spill the beans on what was happening in the Queensland Police Service was Inspector Col Dillon, father of Dr Anthony Dillon.  Col was the first Aboriginal to become a police officer in Australia. I know that there were native police officers in the early days, but Col was the first to sit for the exams and do whatever else they needed to do to join the service.
Col is currently the Queensland’s Senior Australian of the Year.
News
General
Opinion
True Crime
Politics
Sport
Explainer
Entertainment
Celebrity
Reality TV
Movies
TV
Books
Rogue
Royal
Lifestyle
Beauty
Fashion
Weddings
Home
Wellness
Health
Fitness
Travel
Food
Family
Before The Bump
Pregnancy
Baby
Kids
Teens
School
Parent Opinion
Work & Money
Money
Finance
Career
Lady Startup
Relationships
Sex
Dating
Separation
Friendship
Family
Real Life
Couples