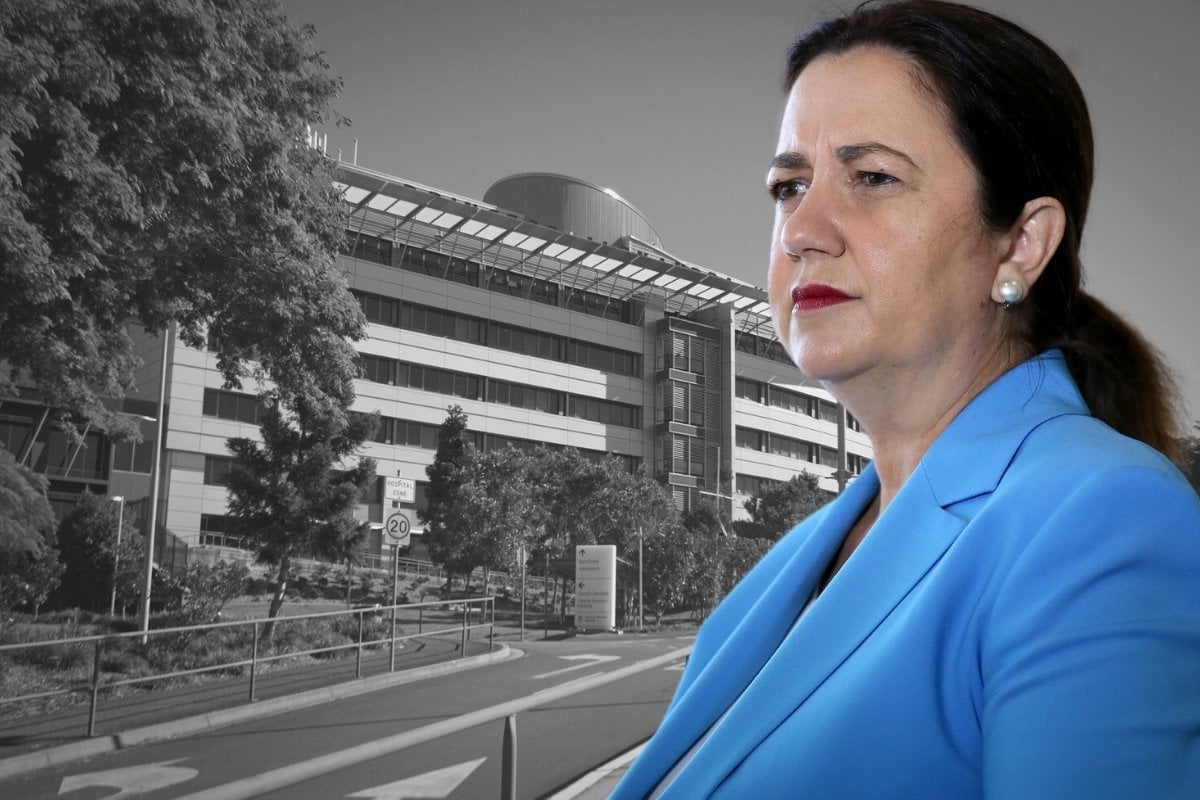 Queensland has recorded its first community case of COVID-19 in close to two months.

In a statement issued on Friday night, Queensland Health confirmed that Brisbane's Princess Alexandra Hospital has been placed in lockdown after a staff member tested positive for the virus.

The diagnosis is the first since January, when a Brisbane quarantine hotel worker and her partner were diagnosed with the highly transmissible UK strain of COVID-19, sending the city into a snap three-day lockdown.

Here's what we know so far about the latest news.

The person who has tested positive is a doctor at the inner-city hospital who came into contact with two COVID-19-positive patients on Wednesday, March 10. Both patients are being treated for the UK strain of the virus, and it will be known tomorrow whether the doctor has contracted the same variant.

Speaking at a press conference on Saturday morning, Queensland Premier Annastacia Palaszczuk said the doctor developed symptoms after her shift on Thursday, was tested on Friday morning and the positive result was returned later that day.

"What we know about this virus is that it is highly infectious. Both the rapidity at which the doctor became infectious and the fact there were no identified breaches [in PPE protocol] shows that," she said.

According to Queensland Government data, Princess Alexandra Hospital has so far administered 3,862 doses of the COVID-19 vaccine, 1,615 of which went to the hospital's staff.

However, the Premier confirmed on Saturday that the positive case had not yet been vaccinated.

The Premier said the doctor spent "limited time" in the community on Thursday, and contact tracing is underway to identify people she may have interacted with during that time, as well as any close contacts at Princess Alexandra Hospital.

Three high-risk public exposure sites have so far been identified:

Contact tracers are working to identify people who were at the above venues during the listed times so they can be quarantined.

Meanwhile, any visitors to the following low-risk locations are being advised to monitor for symptoms and get tested.

Queenslanders with COVID-19 symptoms — no matter how mild — are being advised to get tested immediately and isolate until they receive a negative result.

The Premier said there is no need for the public to wear masks, though health authorities will reassess the need for precautions as the situation unfolds in the coming days.

"I don't want everyone to be alarmed," the Premier said. "At present, we've got some detailed contact tracing happening."

Princess Alexandra Hospital was placed into lockdown on Friday night in an effort to limit the possible spread of the virus.

Non-essential patient visits have been banned, all patients and staff are required to wear a mask at all times (unless not clinically appropriate), and elective surgery has been postponed.

"The Emergency Department will remain open, but if you’re able to receive care at a nearby hospital or at a GP, please do so," Queensland Health said.

On Saturday, health authorities also announced that all hospitals, aged care and disability services in the greater Brisbane area will be closed to non-essential visitors and anyone going inside those facilities will have to wear a mask. This includes Brisbane, Ipswich, Logan, Moreton Bay and Redlands.

For health alerts including the latest information about possible exposure sites, visit the Queensland Health website.