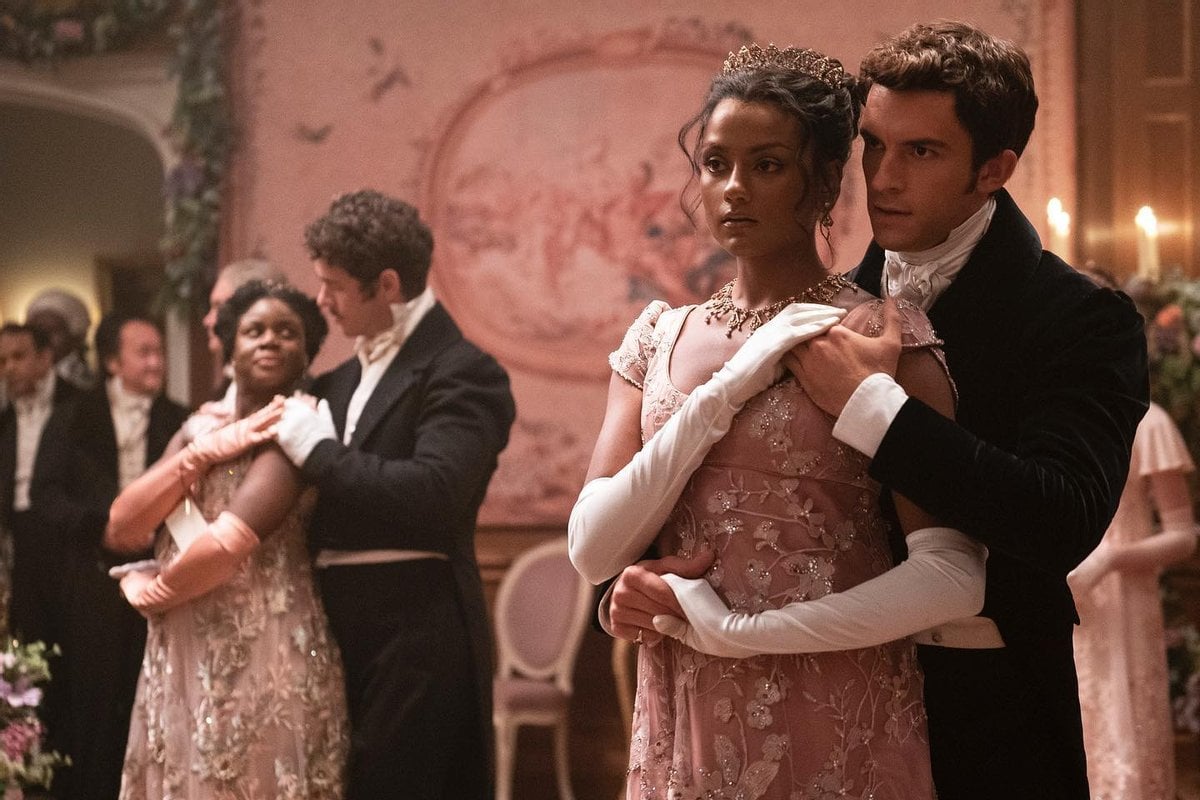 Warning: This article contains spoilers for Bridgerton season one. If you haven't watched it already, go binge it immediately and then come back to read this.

Netflix's Regency-era period drama Bridgerton had major expectations when it dropped on Netflix back in 2020, and lucky for all of us, it lived up to them all.

The show's eight-part first season focused on the competitive world of London high society's 'marriage season', where debutantes were presented at court and tried really hard to find a husband.

The eldest daughter of the Bridgerton family, Daphne, begins the season promisingly, but her protective older brother Anthony straight up ruins her chances of finding a decent husband by dissuading suitors he doesn't see fit. Which is basically everyone.

But then Daphne meets brooding Simon Basset, the Duke of Hastings, who has sworn to never marry or have children. They fake a courtship for mutual benefit until suddenly it doesn't feel very... fake.

There's also a juicy gossip column from an 1813, British-version of Gossip Girl, string quartet versions of recent top 40 songs and lots of sex.

It's bloody spectacular, which is great, because season two isn't far off from dropping on Netflix, and we're very excited with this news.

So, with a date lined up for the show to drop in March, what can we expect to see? Bridgerton is based on a book series by author Julia Quinn and there's uh, eight novels. So there's a lot of material to draw on for the TV show.

Here's everything we know so far about Bridgerton season two.

When will Bridgerton season two air?

Bridgerton season two will drop onto Netflix on March 25, 2022.

The Duke of Hastings won't be returning.

Fans, we have some devastating news: Simon Basset, the Duke of Hastings, will not be returning for season two of Bridgerton.

In April 2021, Netflix and Shondaland announced the news via Lady Whistledown.

"Dear Readers, while all eyes turn to Lord Anthony Bridgerton’s quest to find a Viscountess, we bid adieu to Regé-Jean Page, who so triumphantly played the Duke of Hastings," the message began.

"We'll miss Simon’s presence on screen, but he will always be a part of the Bridgerton family," it continued. "Daphne will remain a devoted wife and sister, helping her brother navigate the upcoming social season and what it has to offer – more intrigue and romance than my readers may be able to bear."

At first, we assumed this news was an April Fools joke (because how on earth can the show go on without the Duke?), but sadly, Regé-Jean Page confirmed it was true.

"The ride of a lifetime," he wrote on Instagram.

"It’s been an absolute pleasure and a privilege to be your Duke. Joining this family – not just on screen, but off screen too. Our incredibly creative and generous cast, crew, outstanding fans – it’s all been beyond anything I could have imagined. The love is real and will just keep growing."

While this news left us completely shocked, Page told Variety that one season was always the plan.

"It’s a one-season arc. It’s going to have a beginning, middle, end – give us a year," Page told the publication. "[I thought] 'That’s interesting,' because then it felt like a limited series. I get to come in, I get to contribute my bit and then the Bridgerton family rolls on."

Ugh, it just won't be the same.

What will Bridgerton season two be about?

If Bridgerton continues to follow Quinn's books (season one correlated to events in her first Bridgerton book, The Duke and I) season two will be based on her second book of the series, called The Viscount Who Loved Me.

An Easter egg in the season one finale actually points to this too. 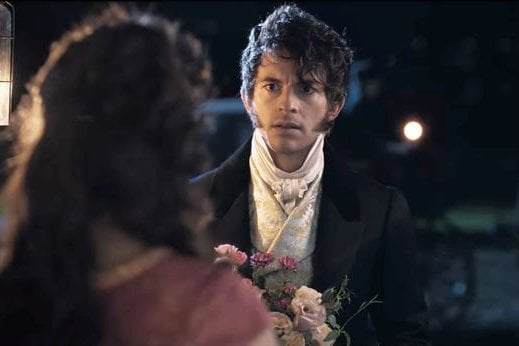 The Viscount Who Loved Me is centred around Daphne's protective older brother Anthony and his quest for love. The book also looks into how the death of the Bridgerton father, Edmund, impacted his oldest son.

Now, get this: In the book series, Edmund died of a bee sting, and his fear of stings plays a major part in his romantic journey. This is a shot from the final seconds of season one's finale: 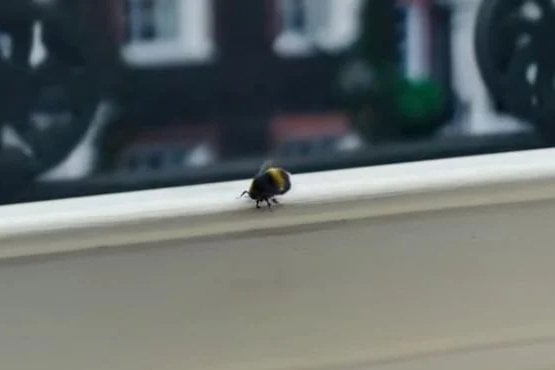 The camera lingered on this bee for TOO LONG for it to be just a coincidence. Image: Netflix.

"I would love to be able to explore love stories and romances for all the Bridgerton brothers and sisters, of course," showrunner Chris Van Dusen told Cosmopolitan.

He told Collider season one did a great job at setting up some character storylines.

"I think we've done some work in season one to set up other characters. We really dig into Anthony's love story. We're really exploring Benedict as well, and Colin, and Eloise's relationship. I think it's a deep well of story for us to explore."

In an interview on Today with Hoda & Jenna announcing season two, Van Dusen gave a hint of what we can expect:

"We have a bunch of new characters we are going to be introducing," he said.

"Anthony is going to have a love interest next season, and I think it's going to be as sweeping and moving and as beautiful as viewers of the first season have come to expect from the show."

In the teaser trailer for the new season, Lady Whistledown speaks to her readers, asking "Did you miss me?"

"As the members of our town questioned my identity and means, this author has been doing but one thing: honing my skills — no, even better: I've been sharpening my knives."

The teaser ends on a shot of Penelope Featherington, who was revealed to be the anonymous gossip chronicler in the finale of season one as she puts pen to paper and together with Lady Whistledown says: "For all of you."

Phoebe Dynevor, who plays Daphne, is also set to play a smaller role as the show's focus shifts, but she doesn't seem to mind.

"If we're sticking to the books, it's sort of Anthony's turn now," she told Harper's Bazaar.

"There's no such thing as a happy ending, is there? I think love's always shifting and changing. So who knows? I'd like to see what happens next. And also, I'd like to see Daphne get involved in Anthony's love life since he was so involved in hers."

Plus, there's a wealth of other characters and sub-plots we need closure for.

Who will inherit the Featherington estate? What happens to Marina Thompson and her baby? What about Penelope and Colin? And importantly, will Queen Charlotte and Eloise discover the identity of Lady Whistledown?

Bridgerton season two is streaming on Netflix from March 25, 2022.

This post was originally published on January 22, 2021, and updated with new information on February 15, 2022.

Reply
Upvote
Pretty sure they simply failed to reach agreement on how much he should be paid!!
C
cat a year ago