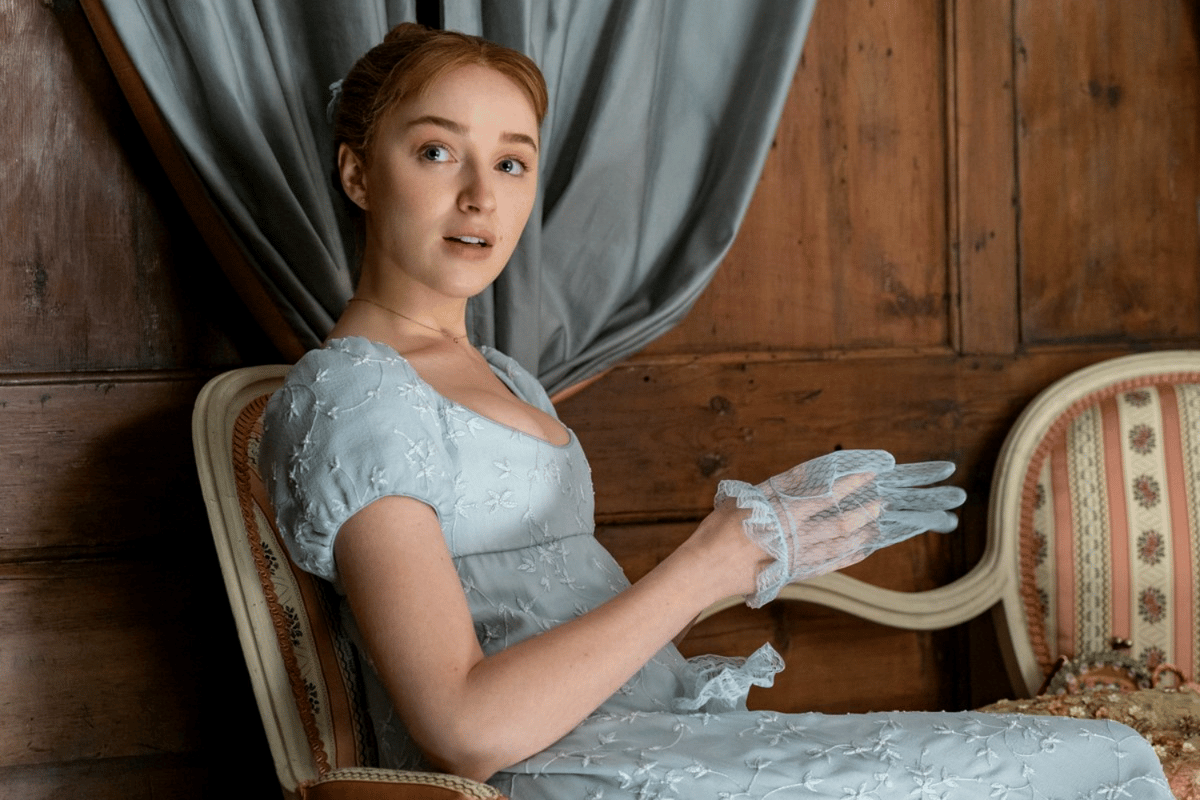 But there's one scene in particular that has fans concerned, rather than captivated.

Side note: Listen to what you need to have on your to-watch-list in 2021. Post continues after podcast.

Bridgerton, which is predicted to be Netflix's fifth-biggest original series launch of all time with more than 63 million households watching it in the first four weeks, is based on the bestselling novels by Julia Quinn.

The series is set between 1813 and 1827 and follows the wealthy Bridgerton family, which comprises of eight siblings, each helpfully named in alphabetical order, as they navigate life in London society.

Bridgerton's first season is adapted from Julia Quinn's novel The Duke and I, and focuses on oldest sister Daphne Bridgerton (Phoebe Dynevor) who is launched into the season of arranging matches for marriage.

After embarking on a mutually beneficial fake courtship with Simon Basset, Duke of Hastings (Regé-Jean Page) the pair eventually marry and embark on a torrid romance.

The early days of their marriage are marked by passionate lovemaking in every corner of their sprawling estate (you'll never look at a library ladder the same way again) but quickly turns combative when Daphne realises that Simon has been deceiving her.

Take a look at the trailer for Bridgerton. Post continues after video.

Daphne finds out that Simon lied about his inability to have children.

It's not that he physically cannot have them, it's just that he vowed to his father that he would never produce an heir out of vengeance for the abuse the man put him through.

After Daphne realises Simon has been using the pull out method to stop them from conceiving (without her knowing as she entered the marriage without any kind of sexual or fertility knowledge) she is furious and takes matters into her own hands.

During one of their sex sessions, Daphne stops Simon from pulling away from her and instead positions herself on top of him, clinging to him to prevent him from withdrawing in an attempt to conceive a baby.

It's a scene that also takes place in The Duke and I but has been changed for the Netflix adaption.

In the book, Simon is incredibly drunk when the act takes place, and Daphne takes advantage of his intoxication, also preventing him from pulling out, but in a much more calculated way than what we see on screen.

The Duke and I was first published in 2000 and the scene, both in the book and the series, has now raised questions around consent, with many viewers seeing it as sexual assault.

Holding a partner down to force sexual completion and conception while they object is rape. Rape as a quirky plot device is unacceptable. Victim blaming and rapist justifying is unacceptable. Ignoring the relevance of a white woman raping a black man is unacceptable. #Bridgerton

Also what Daphne did to Simon was rape.

And the fact that it was all pushed under his lies of “can’t and won’t” is even more disturbing considering he’s a male, but also a black male. #letstalk #Bridgerton

TW: it's 2 am and i finished #Bridgerton and I am really really sickened at how they completely brushed past a pretty shocking rape scene. Marital r*pe, forced sex - and then boom we just move on the next day. Super disappointing, the show was already kind of tough to watch

In an interview with Esquire, Bridgerton creator Chris Van Dusen, who produced the hit series in collaboration with Shonda Rhimes and Betsy Beers, addressed the conversation around the controversial scene.

He said the scene in question was discussed in the writers’ room at length and was included to show that female characters can be complicated and far from perfect.

"We felt that the female characters on this show — Daphne, especially — should be allowed to do just that. She should be flawed. She should be able to make questionable choices. We felt a responsibility to the story of The Education of Daphne Bridgerton, and that scene is very much a part of her story," he told the publication.

"I think part of the scene's design was to raise conversation," he continued. "The conversation that this scene has brought up around consent is an important one to be having. It’s one that we encourage audiences to engage in.

"The show can only present our commentary, and we can only present our critique. That’s what the show does, and that's what the scene is really about. As storytellers, we can't really pass judgment on the decisions Daphne makes, but it was important to us to understand why she's making those decisions. I think the 'why' of it all is pretty clear."

Have you watched Bridgerton? What did you think of this scene?