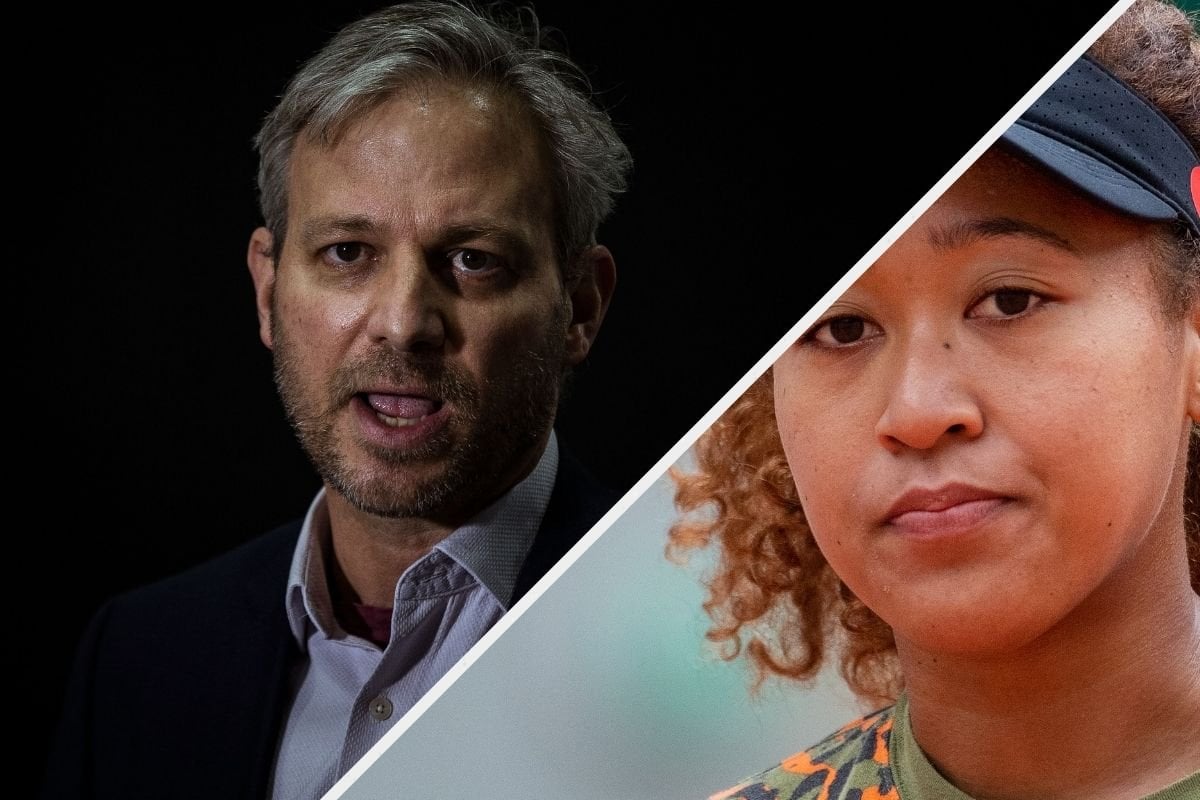 NSW has added an inner-west Sydney fruit grocer and a western suburbs bowling club to its list of COVID-19 exposure sites as health authorities grapple with a new local outbreak and admit they are on high alert for more cases.

The COVID-19 outbreak in Sydney's east on Thursday grew to three cases after a woman in her 70s was exposed to the virus at the Belle Cafe in Vaucluse.

The alarm about the outbreak was sounded on Wednesday when NSW Health discovered a man in his 60s and his wife had tested COVID-positive.

The man, from Bondi, works as a limousine driver transporting international flight crews.

Police are investigating whether he breached any health orders, which require those working around the hotel quarantine system to be tested for the virus daily and wear personal protective equipment.

The man was first tested for the virus on June 15, when he returned a positive reading. It's unclear when he began working in the system and only sought COVID-19 testing when his employer requested he do so.

It is also unclear if the man - who has the contagious Delta virus variant - was wearing personal protective equipment or if he was vaccinated.

The outbreak could mean NSW reintroduces some restrictions ahead of the school holiday period, which begins on June 26.

Victorians can now travel freely across the state as restrictions ease for Melbourne and regional residents.

Melburnians are no longer subject the 25km travel limit and can enter regional Victoria for the first time in three weeks after the state's fourth COVID-19 lockdown.

Under the raft of rule changes from Friday, Melbourne residents can host two adult visitors plus their dependents per day and gather outdoors in groups of 20.

Professor Sutton's border reclassification call came as he came under fire for reportedly flying to Canberra for a National Health and Medical Research Council awards night on Wednesday.

It is believed he was attending the event in a work capacity, meaning he would not have contravened any restrictions. But Shadow Health Minister Georgie Crozier questioned the optics.

"We can't have people coming to our own homes and yet the chief health officer, who is providing advice to the government, buzzes off to Canberra to a glitzy award night," she told reporters.

"That says a lot about the priorities of the chief health officer and of the Andrews government."

Meanwhile, authorities are investigating after a nurse who tested positive for COVID-19 while treating infected patients also did shifts at a second Melbourne hospital, potentially exposing dozens of healthcare workers to the virus.

There are now 27 staff and five patients from the Northern Hospital and 11 Epping Private staff self-isolating for 14 days after coming into contact with the woman.

Experts back vaccine advice for over-60s.

Australians are being urged to continue receiving coronavirus vaccines after the age limit for the AstraZeneca jab was lifted.

People under 60 will be offered Pfizer after the expert panel on immunisation changed its advice about extremely rare blood clots linked to AstraZeneca.

Health authorities have encouraged the 815,000 Australians who have had their first dose of AstraZeneca to receive a second jab of that vaccine because of dramatically lower risk than the initial shot.

Two people have died from the rare condition with more than 3.8 million AstraZeneca doses administered nationally.

Australia restricts AstraZeneca vaccine to 59+ year-olds after previously restricting it to 49+.

"This updated advice received today is based on new evidence demonstrating a higher risk for the very rare TTS condition in the 50-59 year-old age group." pic.twitter.com/PV5o0nVB0n

The Australian Technical Advisory Group on Immunisation says the benefits of coronavirus vaccination for people aged 60 and over were greater than in younger people.

"The risks of severe outcomes with COVID-19 increase with age and are particularly high in older unvaccinated individuals."

Epidemiologist Adrian Esterman said the advice was in line with European advice that nearly all cases of the rare clotting were in women under 60 years of age.

"However, this will again disrupt the vaccine rollout, since Pfizer vaccine supplies are limited, and we are unlikely to get additional Pfizer vaccine, or for that matter Moderna or Novavax until much later this year," he said.

Colin William Drake, 35, has appeared in a Tasmanian court charged with the murder of 23-year-old Gabbie Marshall.

He did not enter a plea and his lawyer did not apply for bail.

Gabbie was found fatally stabbed at 3am on Tuesday after triple-zero calls alerted police to a "prowler" at an Ulverstone address.

The ABC reports Ms Marshall was visiting her friend, who was living at the address with two children, aged two and three.

She had only been in Tasmania a couple of weeks, hoping for a fresh start. She leaves behind a six-year-old daughter.

In an earlier statement, police said there appeared to be no known connection between Drake and the victim.

A Tamil asylum-seeker family is "nervous" about entering community detention in Perth after two years on Christmas Island.

The Murugappan family was relocated to Perth after four-year-old Tharnicaa was sent there for medical treatment.

They will be allowed to stay in the West Australian capital until their legal fight against deportation is resolved.

'I have spoken to Priya about how they're feeling about community detention and she's very nervous. She doesn't know Perth at all.' https://t.co/UV33bzmNdF

Family friend and Biloela resident Angela Fredericks was reunited with the family on Thursday at Perth Children's Hospital, where Tharnicaa is continuing her recovery.

"I have spoken to Priya about how they're feeling about community detention and she's very nervous. She doesn't know Perth at all," Ms Fredericks told reporters.

"She is just so incredibly strong, but Priya just wept in my arms and said 'this is so hard'.

"This family has been through more than anyone can imagine ... we are still determined to protect this family, to get them back home to Biloela, where they belong."

Defence Minister Peter Dutton has expressed his frustration at the campaign to let the family return home to Biloela.

He has long argued they are not owed protection and should be sent to Sri Lanka.

"It's been a frustrating case because every court, every tribunal, every decision maker has been very clear to this family that they are not refugees," Mr Dutton told Nine Entertainment.

"This family has not ever been found to be owed protection."

Australians trying to do their banking, book flights and access postal services have been locked out after a major outage affecting some of the nation's biggest companies.

Websites and phone apps went down on Thursday affecting banks, big and small, Australia Post, Virgin Australia and others.

Many services were running again after an hour or so, but affected companies say they're working overtime to make sure the problem doesn't recur.

Banking services were severely disrupted with Westpac, the Commonwealth, ANZ and St George all down, along with the website of the Reserve Bank of Australia. Services have mostly been restored.

Osaka out of Wimbledon, targets Olympics.

Naomi Osaka has withdrawn from Wimbledon for personal reasons but will be ready for the Tokyo Olympics.

The 23-year-old quit the French Open, despite a first round victory, after organisers fined her when she refused to attend mandatory post-match press conferences.

The Australian Open champion said unsympathetic questioning after games had impacted on her mental well-being.

"Naomi won't be playing Wimbledon this year. She is taking some personal time with friends and family. She will be ready for the Olympics and is excited to play in front of her home fans," Osaka's agent reported on Thursday.

Naomi Osaka will not play in Wimbledon this month but will compete at the Tokyo Olympics, her agent announced on Thursday, saying that she would be taking personal time with friends and family. https://t.co/jg6SmtacEG

Osaka's withdrawal is a second blow to Wimbledon after 20-times Grand Slam winner Rafa Nadal also announced on Thursday that he was skipping the tournament following a gruelling clay-court season.

Juneteenth is officially a federal holiday.

- A public inquiry into a mass attack at a 2017 Ariana Grande concert in England has concluded that "serious shortcomings" by venue operators, security staff, and police helped a suicide bomber who killed 22 people carry out his "evil intentions."

- The UK has confirmed new COVID cases rising above 10,000 for the first time in nearly four months as a result of the more contagious Delta variant.