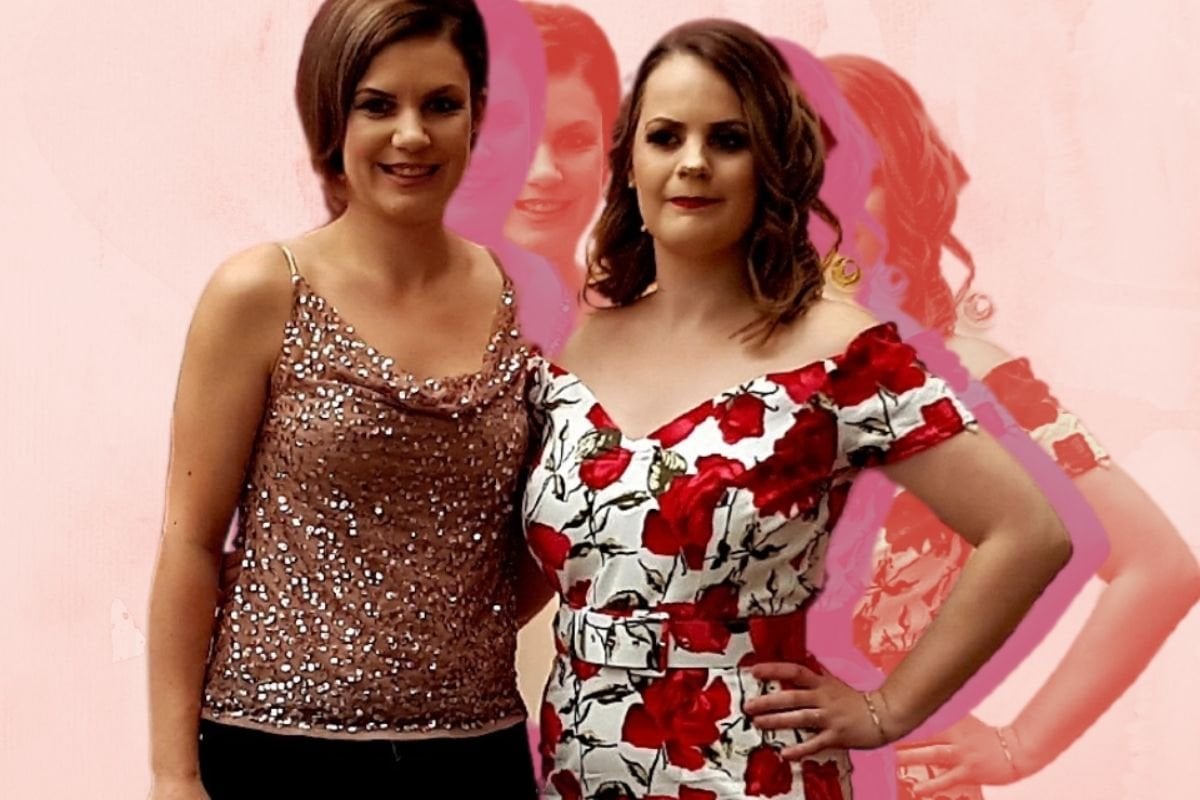 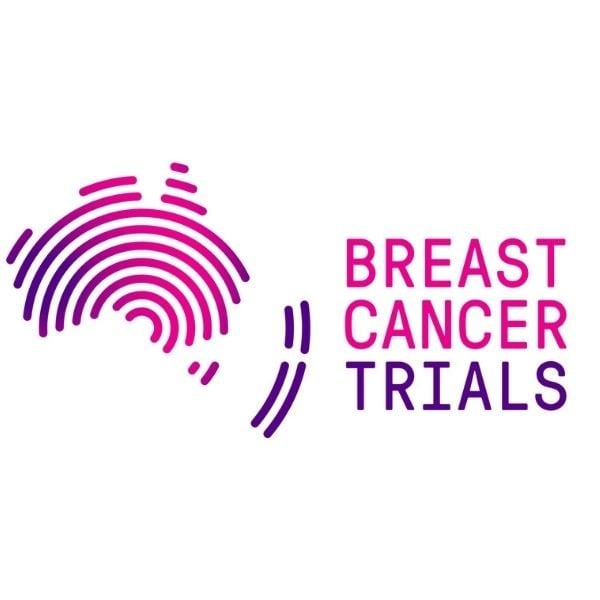 Thanks to our brand partner, Breast Cancer Trials

When sisters Michelle May and Julie Gaspero found out they carried the BRCA1 gene mutation, only one of them burst into tears.

While Michelle struggled to hold back her emotion as they were told they had a 70 per cent risk of getting breast cancer in their lifetime, and a 40 per cent risk of developing ovarian cancer, Julie knew this knowledge gave them power.

They'd had a gut feeling it would be a positive result given the history of breast cancer in their family. Their paternal grandmother was diagnosed in her early 40s. Two aunts, one in her 50s, were also diagnosed. And their father had only recently been told he had prostate cancer at 60.

But they were being given the opportunity at the age of just 28 and 26, to look into a potential crystal ball, and as Julie told Mamamia, "being able to take control of something and look at ways to eliminate that risk of developing cancer ahead of time was empowering". 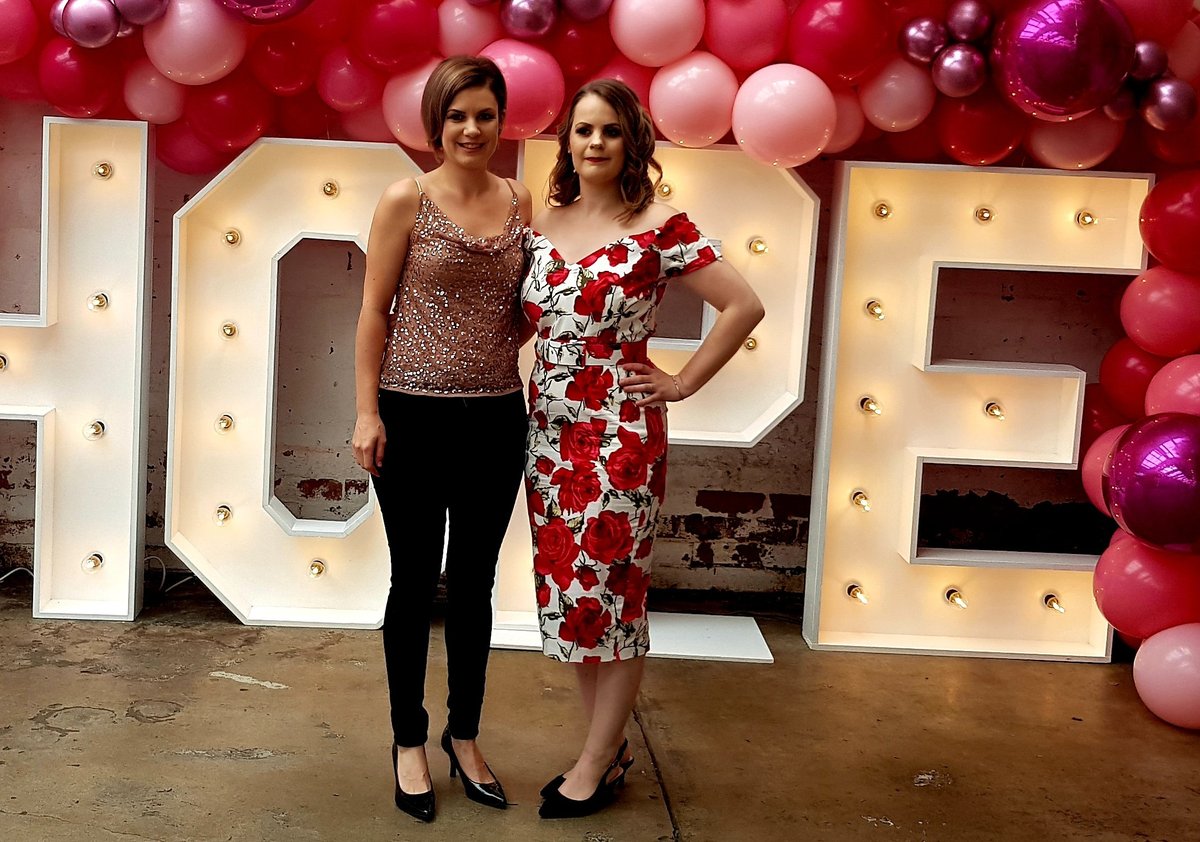 The Victorian sisters signed up for genetic testing after realising they had a strong family history for breast cancer. Image: Supplied.

Their options however, were limited.

For the next few years, the sisters were vigilant in monitoring their breasts and getting yearly MRIs and checkups. Michelle would travel two hours from regional Victoria to attend appointments alongside her sister in Melbourne, and they'd make a day of it. They were in control and safeguarding their futures through risk management. The other option on the table - invasive preventative surgery - felt too daunting and drastic to consider.

Julie, who is a nurse by trade, was keen to do more and be a part of a bigger solution. And so, in 2017, she signed up to a nearby clinical study at the Royal Melbourne Hospital that was looking into ways to switch off early cancerous changes in breast cells from women with a faulty BRCA1 or BRCA2 gene, without the need for surgical intervention.

The BRCA-D study, the first phase of a hopefully much larger trial, involved injecting a drug called Denosumab, which is used to treat osteoporosis, to see if it could decrease or prevent the risk of developing breast cancer.

But while in the trial, a change was noticed in Julie's left breast, and suddenly there was a very real threat and an agonising six-month wait for follow-up test results.

It was during that time that the sisters made a big decision: regardless of Julie's results, they were both going to get a preventive double mastectomy and be done with the threat of breast cancer forever.

On August 9, 2019, Michelle and Julie, both by this stage in their 30s, walked into hospital together. They'd held a "bye-bye boobies" party the weekend before with family, and went into surgery one after the other, both also getting a reconstruction while going under the knife. 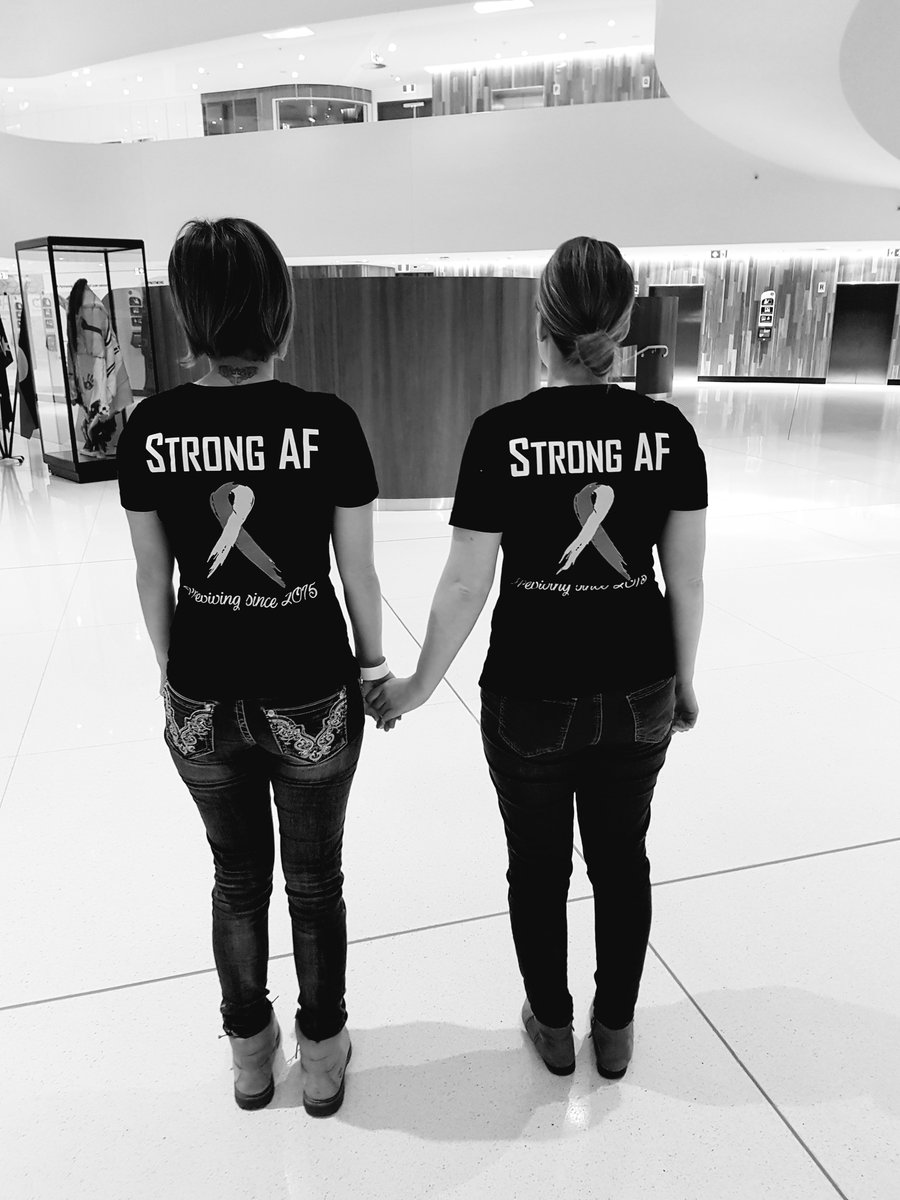 Michelle and Julie the morning of their surgery in 2019. Image: Supplied.

Up until surgery day Julie had been the "brave" one, but as she told Mamamia, "the night before surgery was a different story. I guess it's the fear of the unknown. You don't know what to expect when you wake up".

On social media that night she posted a quote: Strong women aren’t simply born. We are forged through the challenges of life. With each challenge we grow mentally and emotionally. We move forward with our head held high and a strength that can not be denied. A woman who’s been through the storm and survived. We are warriors.

"It just resonated with us in so many ways," she told Mamamia.

Michelle wouldn't have even had the bravery to be on that operating table if it weren't for her sister. Not as quickly anyway.

"I might not have even found out about the gene if I didn't have her pushing me," she told Mamamia.

They woke up in the same room, in beds facing each other, and both instantly settled into a newfound sense of relief. What they'd done, while drastic, meant they now had a less than five per cent of developing breast cancer.

It took about six weeks to recover, and the sisters passed the time comparing side effects, and breast drains and bruises. It was hard, but they had each other.

"I consider Michelle one of my best friends. I can't imagine doing it with anyone else, it was really nice to have each other," said Julie.

A year later Michelle, now 35, says "not having that worry of getting cancer has just been a massive lift off our shoulders. I don't even have to think about it anymore".

But with two young children, she worries that they might be faced with the same set of decisions in their future.

"When my kids are 16, I will encourage them to go and get a [BRCA1 gene mutation] test," Michelle told Mamamia. "But hopefully they'll be something preventative for them to take by then."

Now that Julie, 32, is pregnant with her first child, it's something that's front of mind for her as well. 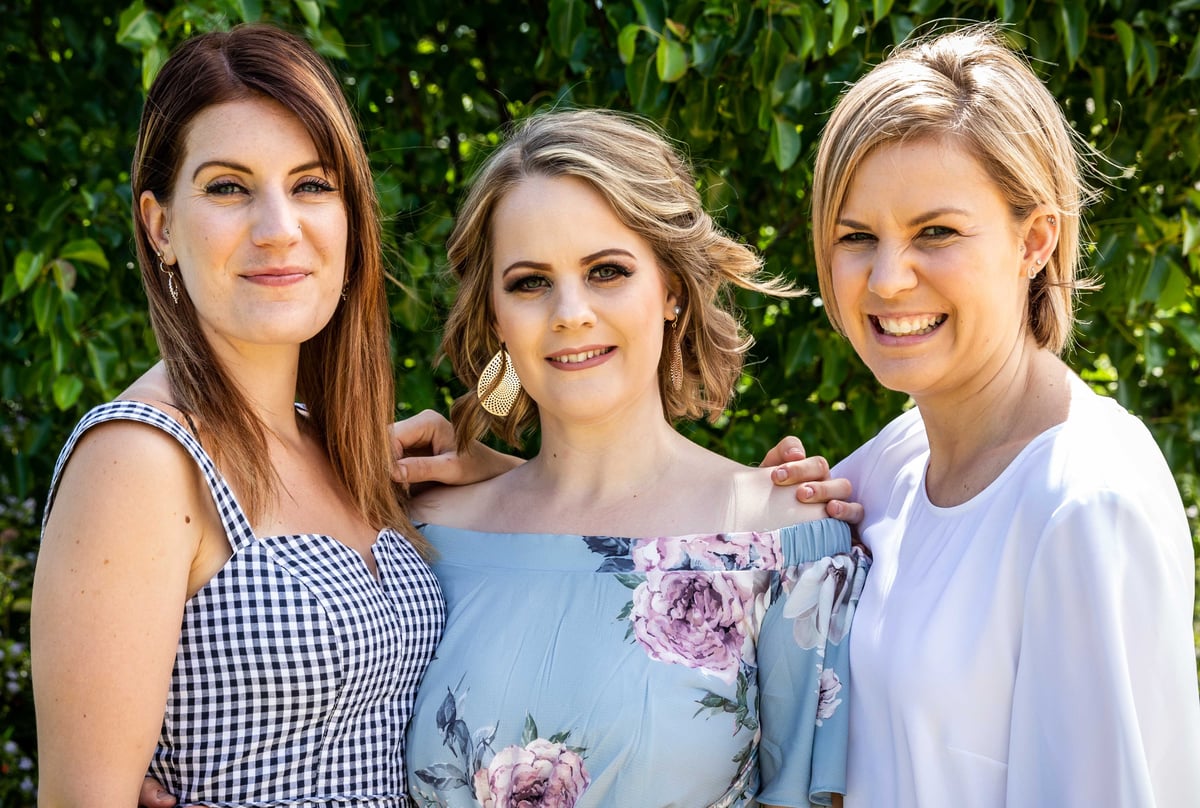 While Julie (middle) and Michelle (right) tested positive, their younger sister Jessica (left) was negative for the gene. Their concerns now lie with the next generation of their family. Image: Memories by Penny photography/Supplied.

In Australia, about one in 400 women carry the BRCA1 and BRCA2 gene mutation, and it's responsible for about 5-10 per cent of all breast cancer diagnoses.

Julie's involvement in the BRCA-D pilot drug study has helped inform the BRCA-P trial which is now aiming to recruit 2918 women from seven countries, including 300 from Australia. They need women who carry the BRCA1 gene mutation, who have not had breast cancer and have not had surgery to remove both of their breasts.

This world-first trial has the potential to be a game-changer in the way we manage breast cancer risk into the future, and may provide more options for women with a BRCA1 gene mutation than what is currently available.

Michelle and Julie don't regret their surgeries for a second. But as Julie told Mamamia, being a part of something that could help others in her shoes in the future "felt like a no-brainer" when she put up her hand.

Having had a mastectomy she is no longer a candidate for the new trial, which is why she's encouraging others to take part, if they can.

"It's the chance to be a part of a life-changing trial. To know that there is hope of a day where you can potentially live without the fear of the unknown," she says.

The BRCA-P clinical trial will cost about $7.5 million to conduct in Australia. The National Health and Medical Research Council has supported the trial with a peer-reviewed grant of $2.8 million, indicating the value of this research to the long-term health of Australians. However, more funding is needed to ensure this important research is conducted. If you can help, please make a donation to the trial here. Or you can show your support by wearing the Breastolution Tee with all proceeds supporting the BRCA-P prevention clinical trial. You can buy one here.

Join the Breastolution! Breast Cancer Trials is conducting world-first research to prevent breast cancer in women who carry the BRCA1 gene mutation. Women who carry this mutation have a 72% risk of developing breast cancer and a 44% risk of developing ovarian cancer. Many of these women undertake life changing preventative measures for breast and ovarian cancer, including the surgical removal of their breasts and ovaries. The BRCA-P clinical trial hopes to offer these women a better prevention option. Find out how you can join the Breastolution, by participating in the trial or making a donation to this vital research, by visiting breastolution.com.au