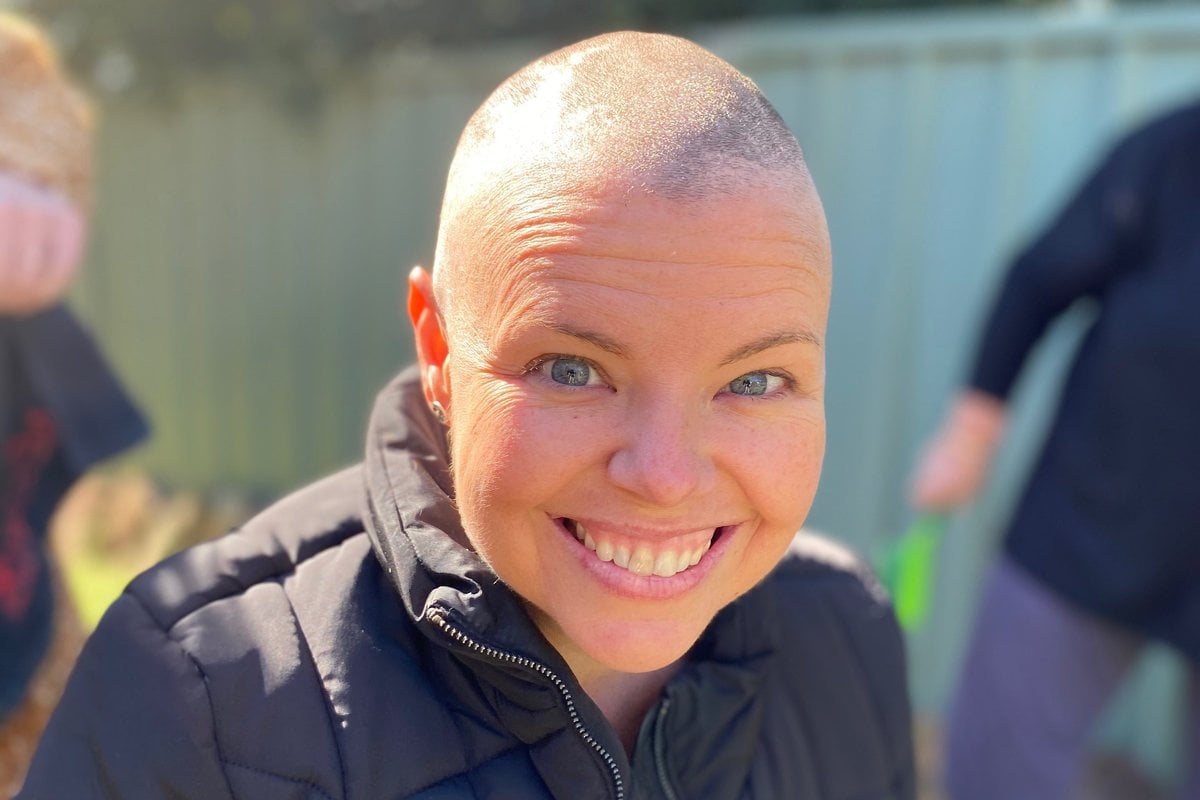 As Australia fought to stave off its growing COVID-19 caseload in July, Melissa Rogers found herself facing a health crisis of her own.

The NSW woman was diagnosed with triple negative breast cancer after discovering a 5cm lump in her left breast while stretching.

It was on Melissa's 36th birthday that her doctor delivered the news.

Watch: Know your family's health history. It could save your life.

"The word cancer — you hear it all the time, right? It's just a word. It's so common," she said. "But when it's attached to something to do with you...

"I don't know if you've ever had an almost out-of-body experience. You're thinking, 'Did she just say that? Is this a weird dream?'".

Triple negative breast cancer is an aggressive form of the disease that represents roughly 15 per cent of diagnoses.

Melissa is undergoing chemotherapy and is scheduled for surgery in January. She's been guided through the process by her clinicians and McGrath Breast Care Nurses, including Natalie Carnovale.

Speaking to Mamamia to mark Breast Cancer Awareness Month, both Melissa and Natalie are eager to remind women that breast awareness and self-examination is crucial. Particularly this year.

Breast cancer testing and detection rates have taken a hit during COVID-19, courtesy of public health restrictions and concerns about infection.

According to the Cancer Council, there was a 37 per cent drop in breast cancer reports in Victoria alone during April and May.

And a recent report by the Australian Institute of Health and Welfare found that the national breast cancer screening program, BreastScreen Australia, performed 145,000 fewer mammograms in the first six months of 2020 compared to the same period in 2018.

Listen: Tracy Bevan lost her best friend, Jane McGrath, to breast cancer. But that’s not what defined their connection.

"That will probably play out in the future with a lot more advanced diagnoses, because people have not been screened at all and something has been missed," Natalie said.

Part of that decline in screening was unavoidable.

BreastScreen services were suspended nationwide from March 25 and to early May in order reduce the risk of transmitting SARS-CoV-2 (the virus responsible for COVID-19 infections).

The service has resumed with longer appointments and strict precautions. But researchers believe the still-lower screening numbers in May and June can be attributed to people's fears about contracting the virus while travelling to or undergoing their mammogram.

That's deeply concerning to many on the front lines of breast cancer research and health care.

As Dr Roger Lord, Research Fellow with The Prince Charles Hospital in Brisbane, said, "Cancer screening programs facilitate early intervention that saves lives. We do not wish to see tombstones that read 'Escaped COVID-19 but died from cancer'".

"Push through that fear as much as you can."

Melissa is fortunate to live and have undergone treatment on the NSW Central Coast, a region that has recorded relatively few COVID-19 cases.

She's been able to stay safe throughout her treatment and lean on people around her for support.

At home, that's her partner, Matt, whom she'd been with for just six months at the time of her diagnosis. 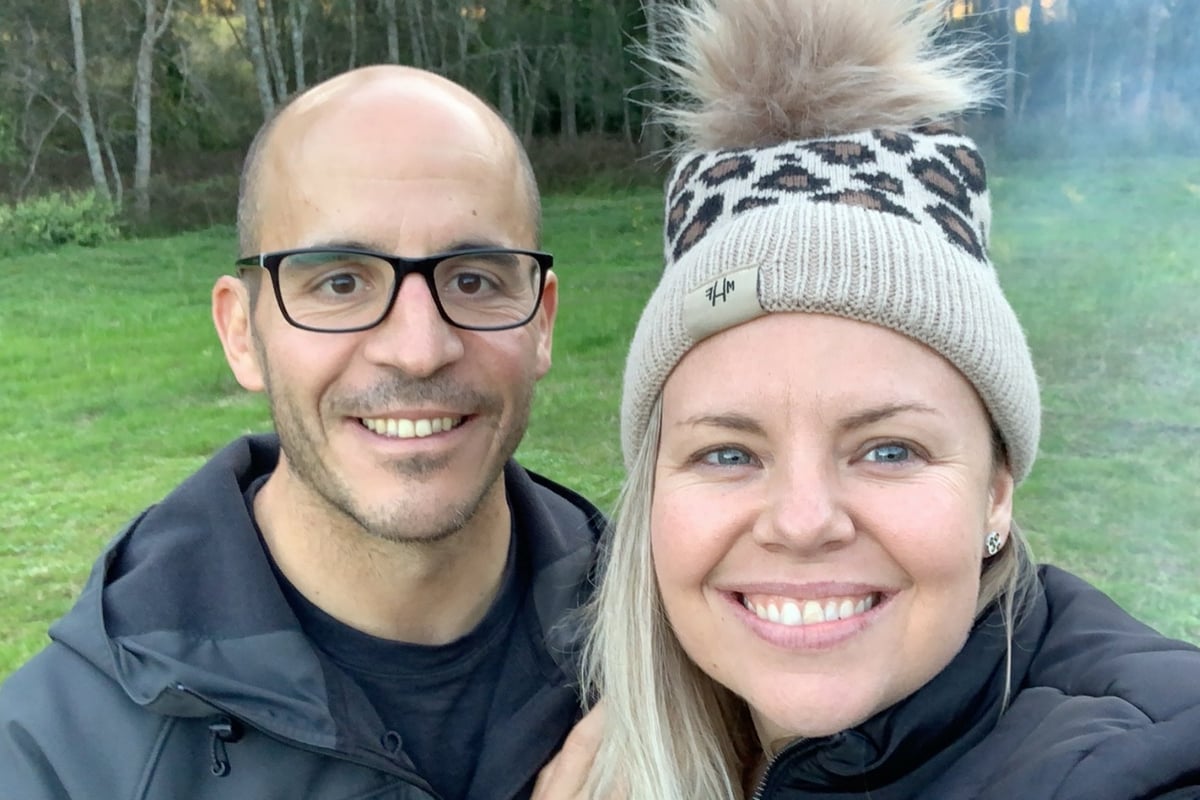 "[When I was diagnosed] I just said to him, 'No one in their right mind would blame you for walking away.'... But he just took me by the hand, and he looked me in the eyes and said, 'We're gonna be okay; you're going to be okay. This just now becomes one day at a time,'" Melissa said.

"I feel like because we were doing something so hard in what should be our honeymoon period, things will get easier down the track after all this is done and after COVID is over... We won't sweat the small stuff."

At hospital and the cancer clinic, Melissa has had the support of her McGrath Breast Care Nurses, who have provided her with information about her treatments, helped her make sense of what's happening to her body and how to optimise her health, and offered guidance on the impact on her fertility (Melissa chose not to delay her treatment in order to freeze her eggs).

The free service is entirely funded by donations and grants to the McGrath Foundation, which has seen more than 150 specialist nurses dispatched across the country. Melissa said she often wonders how people without their care cope — especially those in rural areas, and especially in the midst of this isolating year.

"I feel like it would be quite lonely without them," Melissa said. "Just to see their pink shirts... They are happy and they are confident, and it just makes you rest in them looking after you, in the feeling that this is going to be okay."

Though she still has another ten rounds of chemo and an operation ahead of her, Melissa seems calm and resolute. But there's urgency in her voice when she talks about those who may be forgetting or avoiding their screenings or exams this year.

"Come on, girls. Know your body; get amongst it and get to know it. And trust when something's not quite right," she said.

"Push through that fear as much as you can. Just get your screen, get your ultrasound, get whatever you need to get done."

Natalie echoes that message, and stresses that clinics, medical practices and practitioners have strict measures in place to minimise the risk of COVID-19 infection.

"Breast cancer in that early stage is very treatable, it's very easy to diagnose," she said.

"I'd also like to reassure people that not every change in your breast, every lump or abnormality, is breast cancer. I know that can turn people off from getting things checked.

"Be breast aware and do your checks. Look, feel, learn and be aware of what your breast is like and any changes. And if you are worried about something, contact your GP."

For more information about the McGrath Foundation and their Breast Care Nurse program, or to donate, visit the website.