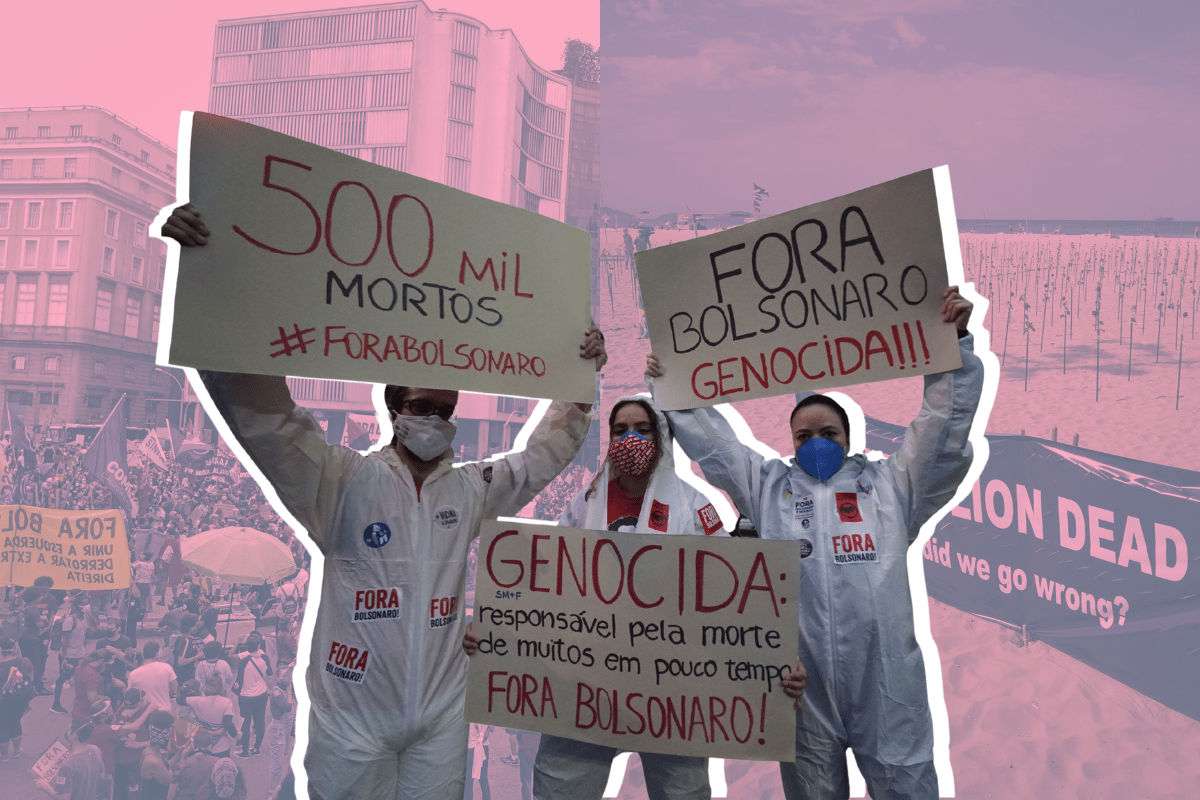 The country, which is home to 214 million people, surpassed 500,000 COVID-19 related deaths - the second-highest death toll in the world behind America.

In response, thousands took to the streets to protest President Jair Bolsonaro's handling of the pandemic and slow vaccine rollout.

Protestors gathered from 44 cities with banners reading "Bolsonaro must go", "Genocide" and "500,000". 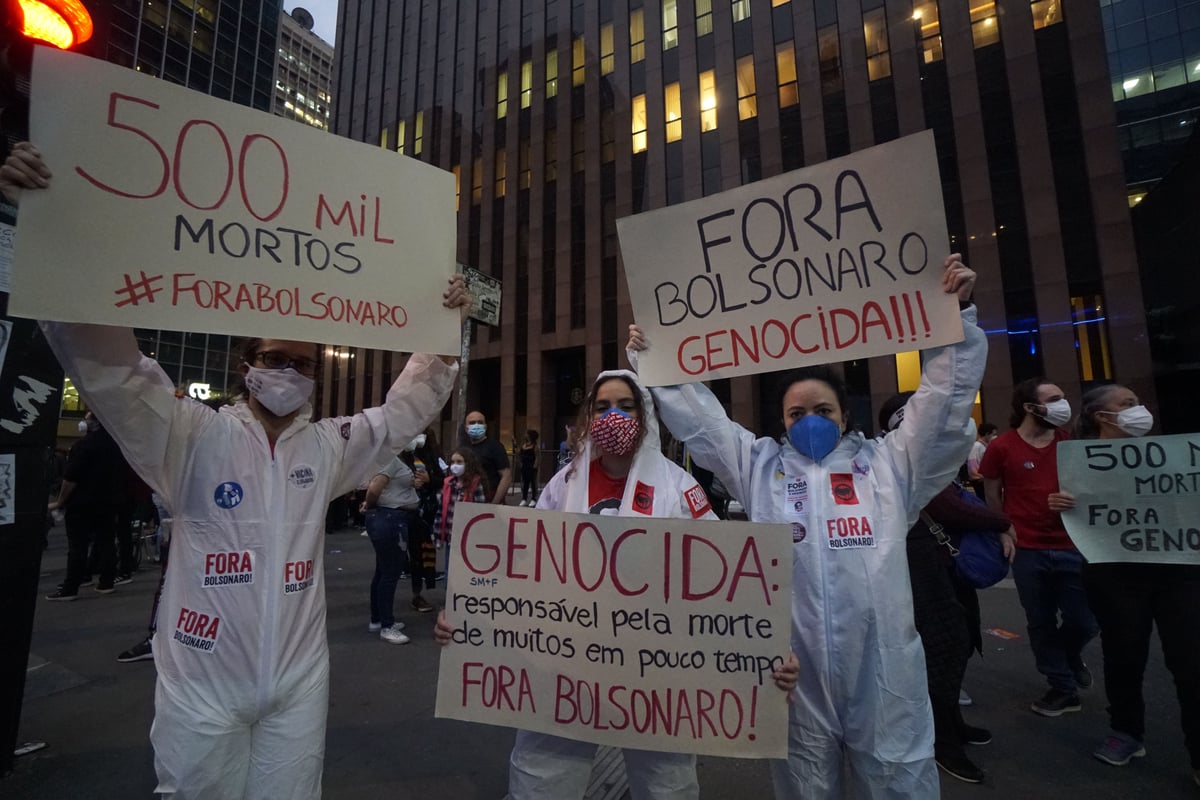 Demonstrators gather with signs and flags during a protest against President Jair Bolsonaro's administration on June 19, 2021 in Sao Paulo, Brazil. Image: Getty. 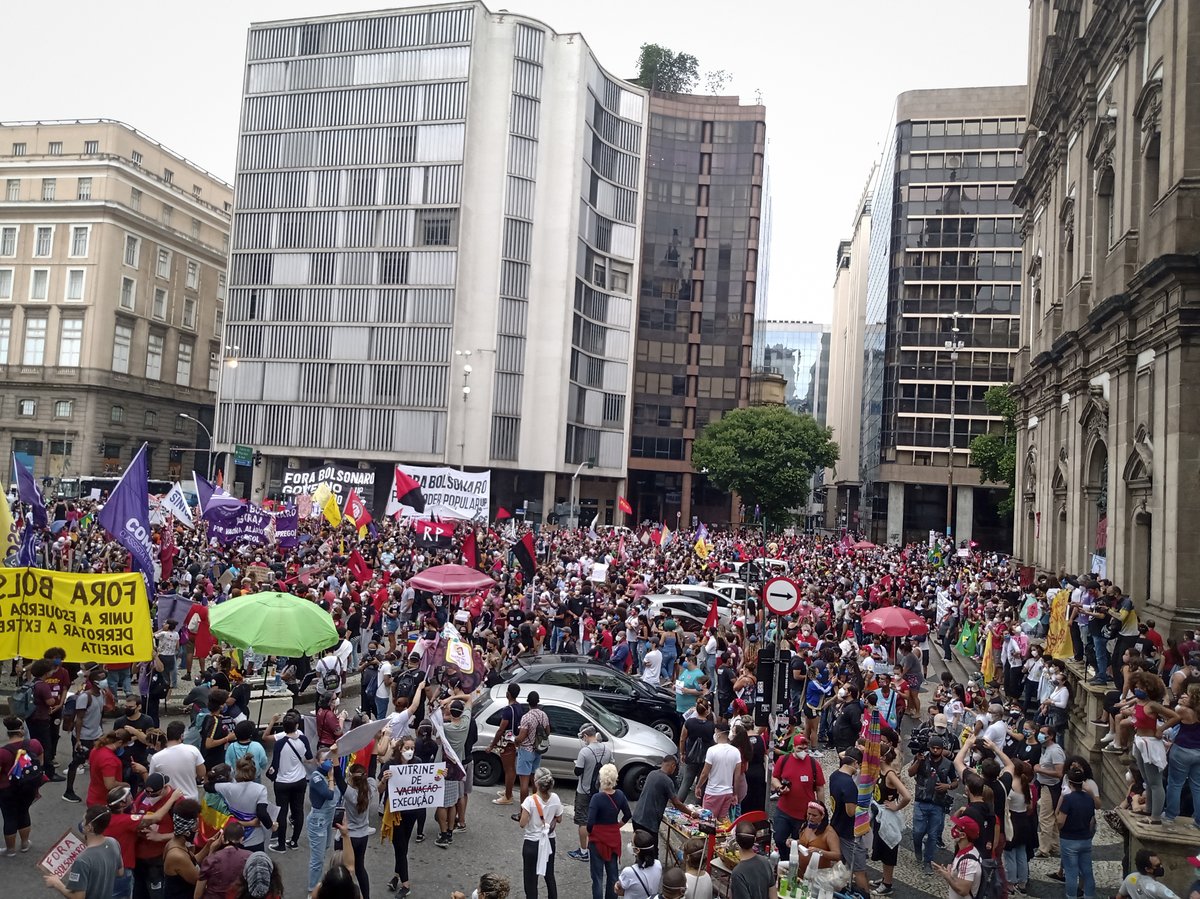 Thousands of people stage a protest against the government of President Jair Bolsonaro in Rio de Janeiro, Brazil on June 19, 2021. Image: Getty.

On a beach in Rio de Janeiro on Sunday, activists planted hundreds of roses to honour the half a million lives lost.

In front, stood a banner which read, "Half Million Dead. Where did we go wrong?"

A question that needs to be answered. 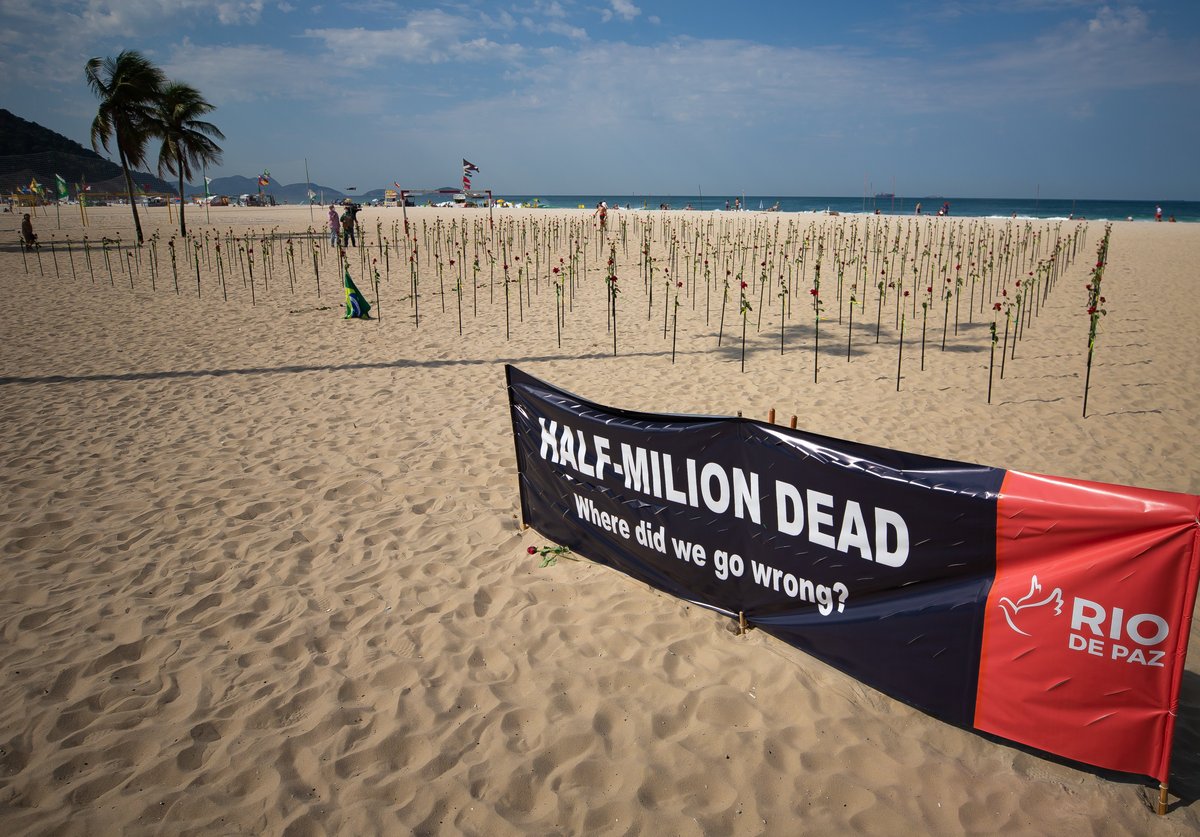 Hundreds of red roses were 'planted' during an event to pay homage to the over 500,000 lives lost by ONG Rio de Paz at Copacabana Beach: Image: Getty.

Here's what you need to know about the current situation in Brazil.

What is the current COVID-19 situation in Brazil?

Brazil has recorded over 502,000 deaths and over 17 million confirmed COVID-19 cases, according to health ministry data.

Over the past week, the country, which is dealing with more transmissible variants of the virus, including the Gamma variant, averaged 2,000 deaths per day.

However, despite the rising number of cases, governors and mayors have started relaxing restrictions, with bars, shops and restaurants reopening in many cities.

"People in Brazil are tired and they normalise death now so I think we still have a long way to go," Dr Natalia Pasternak Taschner, a microbiologist at the Question of Science Institute, told the BBC.

"If we're not successful in changing the behaviour of people and if we don't have campaigns for mask wearing, social distancing and vaccinations coming directly from the central government we're not going to be able to control it."

Why are people calling out the government?

Brazil's federal government is facing fierce criticism for their early decision to pass off purchasing the vaccine and its slow distribution.

Only 11 per cent of Brazilians are fully vaccinated and 29 per cent have received a first dose, according to Health Ministry data.

Pharmaceutical maker Pfizer has also coming forward saying it got no response to early offers to sell vaccines to the government between August and November last year.

"500,000 lives lost due to the pandemic that affects our Brazil and the world," Health Minister Marcelo Queiroga tweeted.

"I am working tirelessly to vaccinate all Brazilians in the shortest time possible and change this scenario that has plagued us for over a year."

President Jair Bolsonaro has also come under fire for criticising social-distancing measures, questioning the effectiveness of face masks and downplaying the seriousness of the pandemic.

"Enough fussing and whining. How much longer will the crying go on?" he said at an event in March, which made global headlines.

"How much longer will you stay at home and close everything? No one can stand it anymore. We regret the deaths, again, but we need a solution."

A parliamentary inquiry at the Brazilian Senate is currently investigating President Bolsonaro's handling of the pandemic.

What has President Jair Bolsonaro said?

President Bolsonaro is yet to make a comment about the 500,000 lives that have been lost in his country.

Meanwhile, Health Minister Marcelo Queiroga shared a post on Twitter where he expressed solidarity for the "fathers, mothers, friends and relatives" of those who have died.