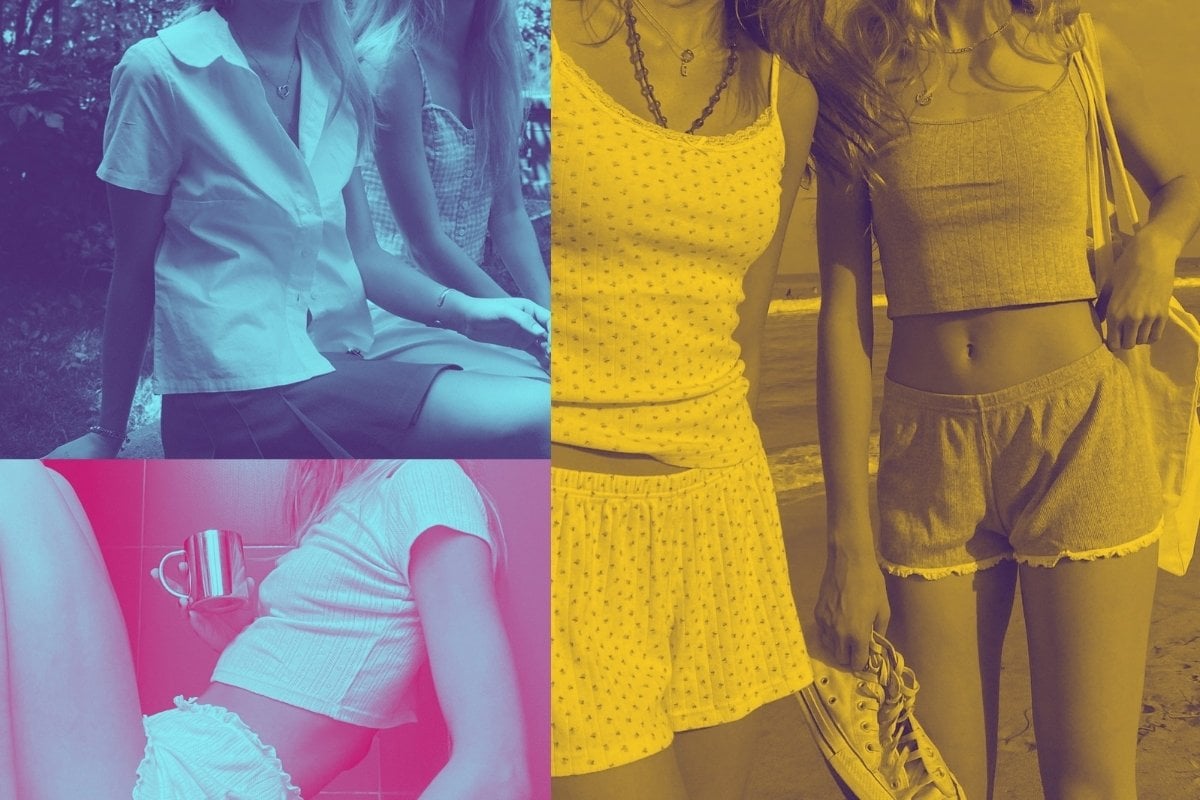 Teen fast-fashion label Brandy Melville is built on fiction. Its name supposedly comes from a romantic tale about an American girl named Brandy and an English boy named Melville who fell in love in Rome.

Its aesthetic, too, is far from reality.

Click through and all the products are only available in sizes small or extra small, except for the odd medium-sized pants, or a jumper that's meant to be worn as 'relaxed fit'.

Though it caters to a select few, plenty of teens and young women have devoured the Brandy Melville story. The USA Instagram page has 3.4 million followers, and there are stores in 17 countries worldwide, including an Australian shopfront in Sydney's east.

But there's another narrative emerging about the brand that could threaten it all.

An exposé by Business Insider has detailed allegations of a toxic culture at Brandy Melville stores in the US, ranging from overt racism to sizeism and sexual harassment.

Among the allegations presented by journalist Kate Taylor are that its CEO Stephan Marsan told a former store owner that it would damage the brand's image to have Black or overweight women wearing his "nice and delicate" designs.

Multiple inside sources also told Taylor that the company's hiring practises were heavily focused on the candidates' appearance, with preference shown for thin, white, blonde girls. Some alleged those who fit the 'look' were brought on at higher pay than other employees.

Several even alleged that executives would visit the stores and encourage young staff to try on merchandise. They said there was a belief among retail staff that those who changed in front of the executives, including removing their tops, would receive perks including better pay.

Brandy Melville has not commented publicly on the allegations.

And no such claims have been made about the Australian store, which opened in Bondi Junction in 2019.

I spoke with 32 current and former Brandy Melville employees. All of them said that the company's hiring and firing practices were heavily influenced by appearance, with execs seeking young, thin, pretty, white teens https://t.co/dP5Z7HJBGP pic.twitter.com/CuZyyuFWlz

It's not the first time Brandy Melville has been accused of questionable practices.

In 2020, a TikTok user who said she used to work at one of the label's retail stores claimed that her manager rejected candidates based on looks and race, and that she felt immense pressure to adhere to a certain aesthetic.

"I was always worried about what I looked like and what people were going to think of me because of them and the environment they created for me," she said.

A look at Glassdoor, a site that allows employees to review their workplace, reveals dozens of similar accusations dating back to 2013, including that staff were hired based on looks and were required to submit daily photographs of themselves to management.

"We are so inexperienced and we don't really know what we are doing most of the time," one employee wrote in 2019. "They only hire tall, white, and skinny girls who fit the 'demographic' of their clothing brand. And they make sure of this by taking photos of you every day, and at your interview they take a photo of your body and face."

In the wake of the latest allegations, some social media users are calling for shoppers to boycott the brand.

What this means for the next chapter of the Brandy Melville story remains to be seen.