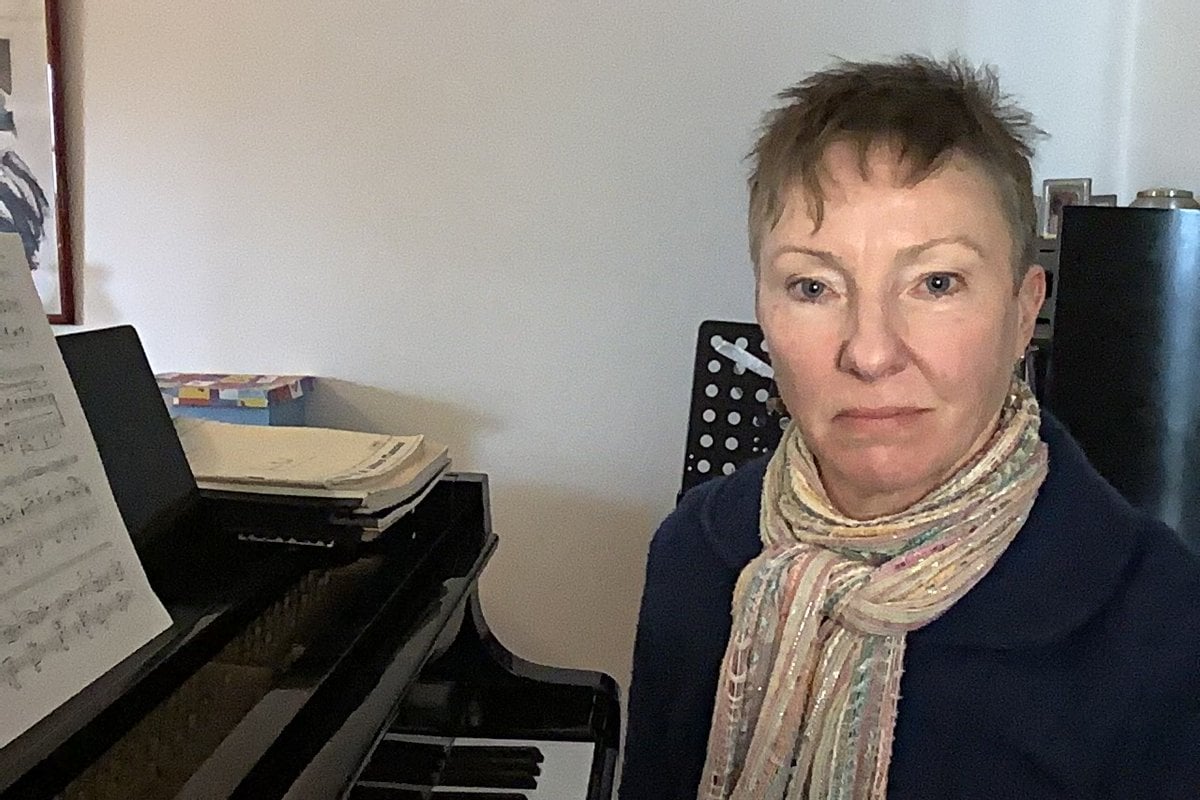 Pre-brain injury, I was a classical pianist. An accompanist and coach. I played for auditions, exams, recordings, concerts, classes at Melbourne University, the Australian National Academy of Music.

And I was good.

The man who hit me eight years ago was driving his friend’s car, which he’d borrowed for the morning. His friend worked in Brunswick, so he’d picked up the car and was on his mobile phone to the same mate when he crossed the Upfield bike path.

There were lights at the crossing, which he claimed he didn’t see. Too busy talking on the phone. The lights were red, and he hit something.

It was me, riding my bike across the road on the way to play for Performance Class at Melbourne Uni.

He was cut off from his friend by the impact and so had to ring him back.

Watch: How to improve your daughter's body image. Post continues after video.

There were other people on the bike path and cars stopped at the lights going the other way, so there were witnesses. Someone called an ambulance and the police. The driver was too busy talking to his mate. The policeman told me later that when he arrived on the scene and saw me; he was fairly certain I was dead.

I was taken by ambulance to Royal Melbourne Hospital which was in the next suburb. I was lucky to be treated so quickly.

I had a subdural haematoma, just like in all those soaps: a broken pelvis, completely torn tendon in the right shoulder, a few broken ribs and a collapsed lung. And, I found out much later, a brain injury.

I was in a coma for three weeks. I have no recollection of my time at Royal Melbourne, but I was in intensive care for about a month. I was given a tracheotomy, had a blood transfusion, and I swelled up like a balloon from all the drugs I was given. 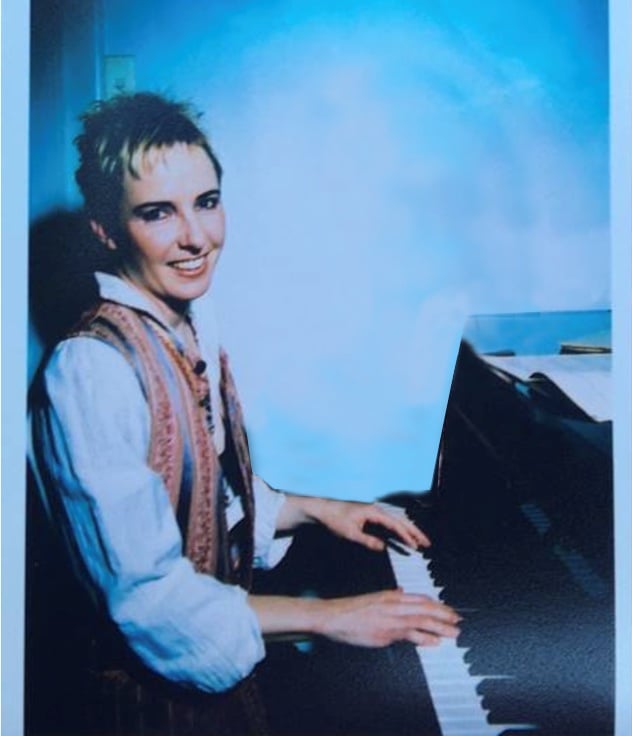 I was transferred to Epworth in Richmond as soon as I could be moved and given a room to myself, thankfully, as I wore a nappy and had a catheter.

I had a team of people ‘assisting’ me. Doctors, nurses, physiotherapists, a neurologist, a neuro-psychologist, speech therapist, nutritionist and an occupational therapist. Even a music therapist. I must have been a very difficult patient. The lack of control I had over my life was hard to get used to. I argued about pretty much everything. The nurses thought I was lovely until I could talk.

My life is now divided into pre-brain injury and post brain injury. A bit like BC and AD. I’m becoming pretty good at reinventing myself. I’ve had a lot of practice recently. 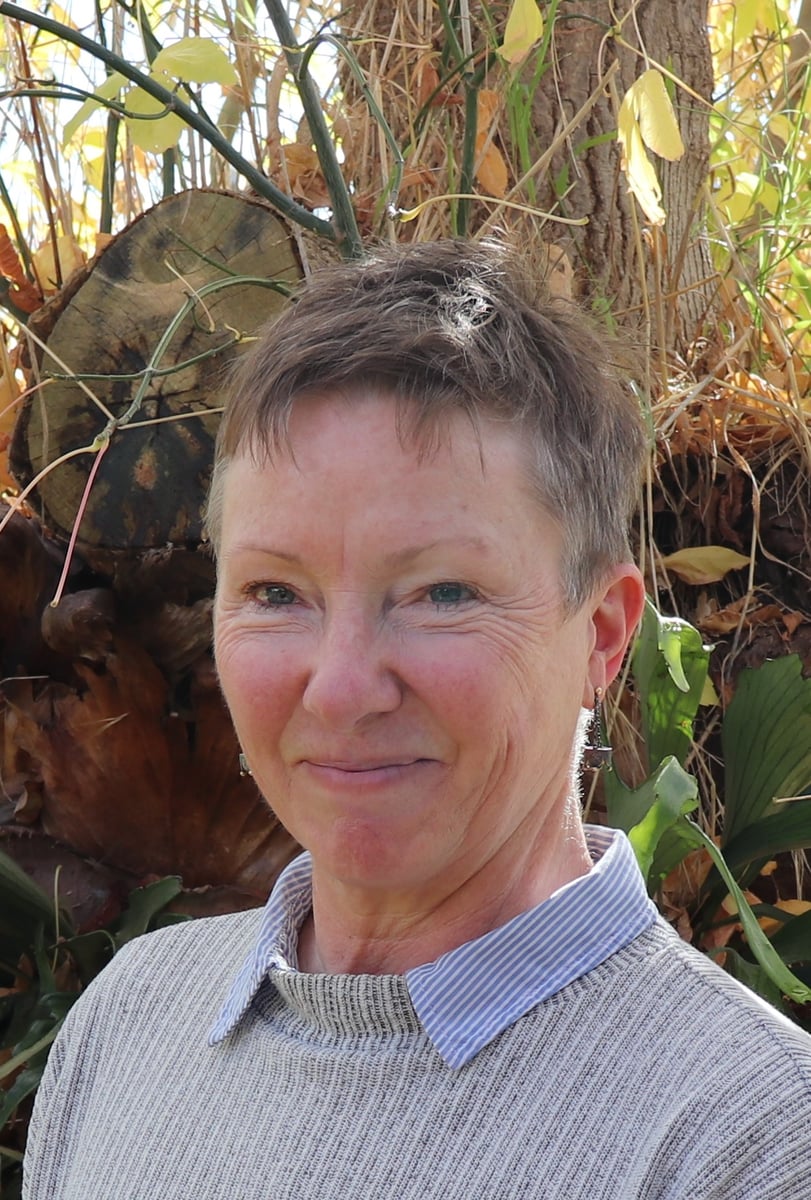 If anything good has come out of this, it’s the appreciation of just what I used to do.

Of how good I was on the piano. I was an accompanist, which meant my skill was sight reading. A complete stranger would come in with a piece of music, put it in front of me and not only would I have to play it, but I’d have to follow them like glue, as they played.

So I’d be reading their line of music too. Speeding up and slowing down when they did, getting louder and softer whenever they did and all the while assessing their ability.

I was clearly good at multi-tasking. Not so much anymore. I wasn’t allowed to drive for a year because of the brain injury. When I first started driving again, I couldn’t even listen to the radio as I drove because it was too distracting. I still can’t walk and talk at the same time. 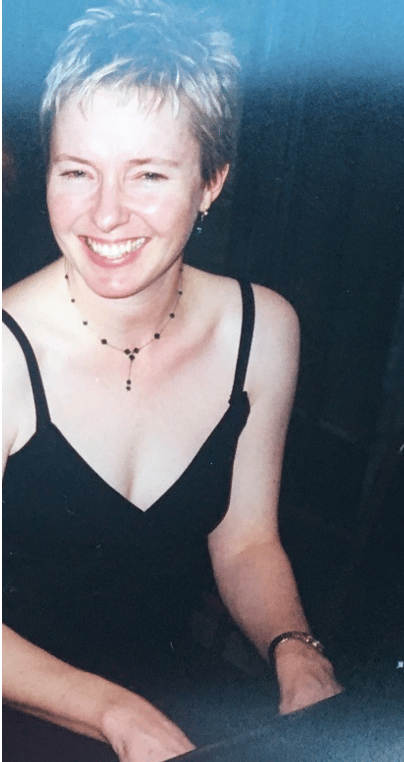 It really has given me a whole new understanding of what an amazing job the brain does. You don’t even notice how much you do without thinking and now I have to do so many things consciously. They say that you never forget how to ride a bike. I can assure you - you do.

I had to teach myself again to breathe underwater when I swim. I bought a snorkel thinking that would get round the problem, but I inhaled water though my nose, so that was short-lived.

Nothing is automatic anymore. I’m hoping that will change.

My musical training has been useful in so many ways. Partly because it maps the brain so well. But, I think one of the most important things was the ability to recognise improvement. It’s the only thing that keeps you practicing. If you didn’t notice tiny, incremental improvement every day, you wouldn’t do it.

Also, repetition is the key and most people have no idea just how much repetition is needed in music practice. It’s exactly the same with re-training the brain. It’s possibly just how the brain learns things. They both have to be very conscious, which is why speed is vital.

If either are done too fast, you run the risk of practising in bad habits. Once you learn something, rightly or wrongly, it’s very hard to unlearn. You tell your brain that this is the way it’s done, and it’s extremely difficult to change.

In doing any practice, you need to go slow enough to be aware of what you’re doing. Both physically and mentally. Consciously.

In my post brain injury world music is hard to talk about. It’s too painful. I’m still grieving that loss, but I do try to ‘play’ most days if I have time. I can’t say I enjoy it because stirs up so many memories and it sounds so bad.

There’s nothing wrong with my ears. It makes me really sad.

I have been to a few concerts recently but I always make sure I sit at the back so I can make a hasty retreat if it gets too much. It can be overwhelming to sit there watching someone do something that meant so much to me, knowing I can never do that again. Mine is a different world now. 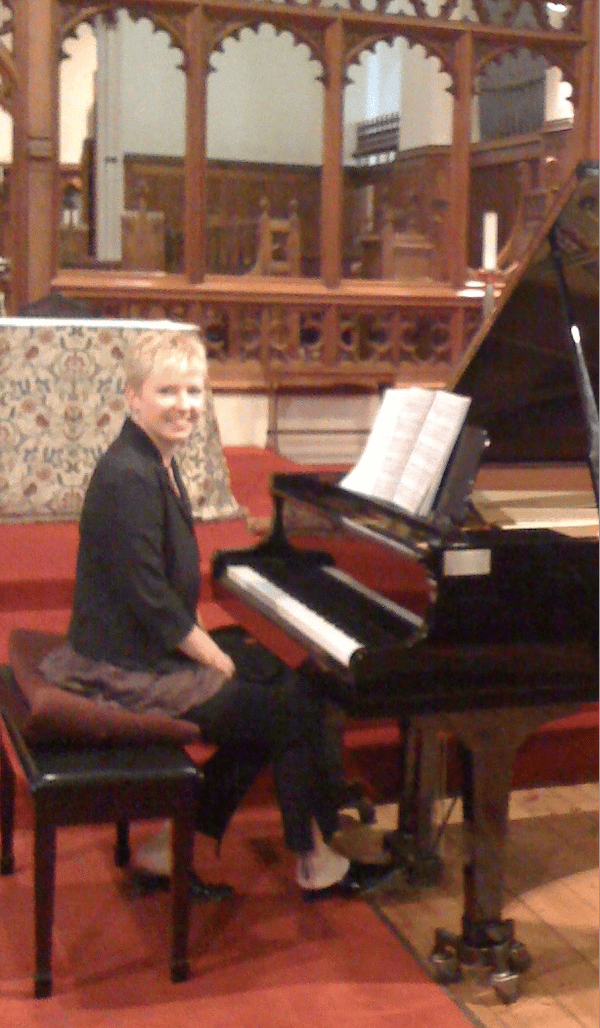 I tell people that ‘practising’ piano is a good brain exercise, but I don’t think that’s why I do it. Part of me hopes that eventually I may find some of that enjoyment again.

When I woke up from the coma I had so much else to concentrate on, I really had no idea what brain injury would mean. I had so much physical damage - there was a lot to take in.

But eight years after the event, the effects of brain injury reach much further into every aspect of my life than I could ever have imagined. I take pleasure in seemingly small achievements now. Being able to turn the pages at the piano – or cutting a loaf of bread.

Things you don’t appreciate at all until they’re gone.

The 8th National Brain Injury Conference will be held Tuesday 28th June through Thursday 30th June 2021 in the Abercrombie Building of the Sydney Business School on The University of Sydney’s Camperdown/Darlington Campus.