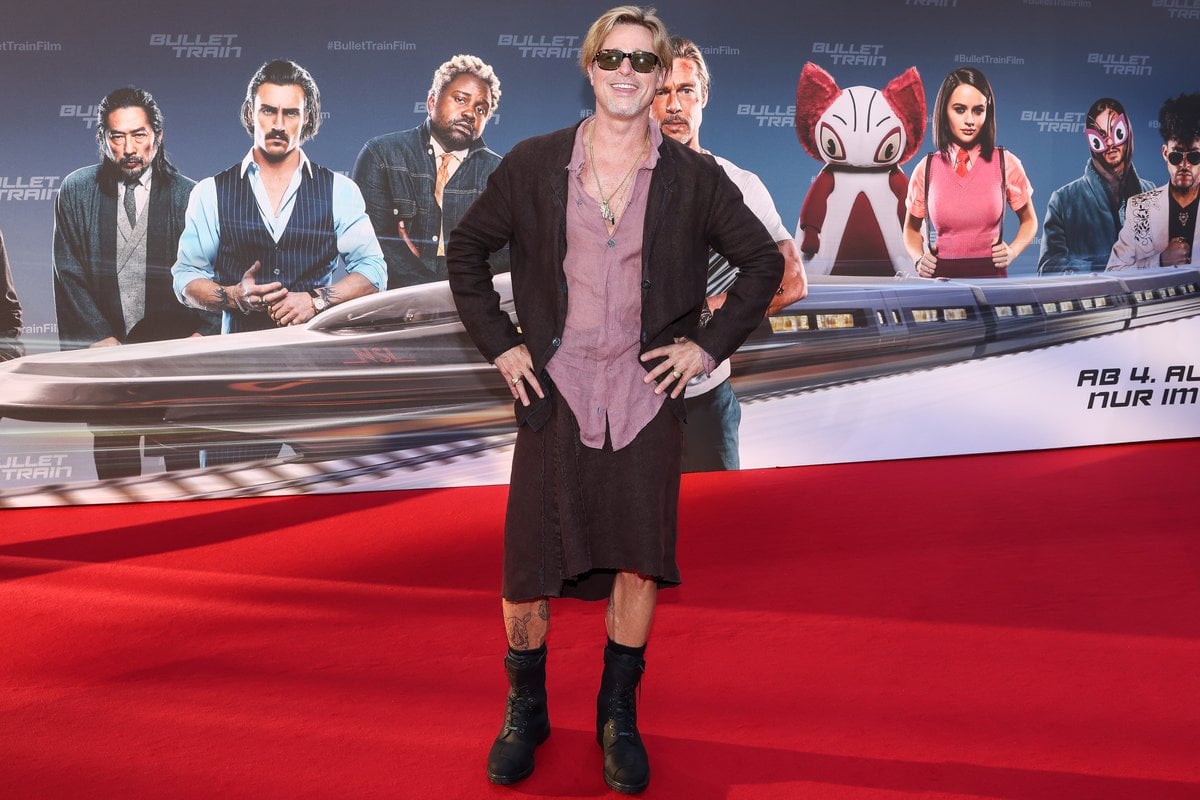 It's been the talk of the pop culture and fashion zeitgeist, and for good reason.

This week, on Mamamia's weekly fashion podcast, What Are You Wearing?, Deni Todorovič (whose pronouns are they/them) shared their perspective on these famous men de-gendering fashion, and why two things can be true about it.

Prefer to listen? Find the full episode of What Are You Wearing? here. Post continues after audio.

One of the first "moments" where an A-list male celebrity de-gendered fashion was Harry Styles - wearing a dress by Gucci on the December 2020 cover of US Vogue.

As Deni said on the podcast, the cover was divisive - you had people cancelling their subscriptions who didn't like it, and you also had men - primarily Gen Z - leaning into it, painting their nails, and wearing pearls, skirts and dresses.

It was the first time a "straight male celebrity" wore a dress on the cover of a mainstream magazine, when traditionally it was Black and trans humans being the pioneers in breaking the mould with gender and fashion.

One comment that stood out to Deni at the time was made by non-binary creator Alok Vaid-Menon, who said the cover is going to be instrumental in reshaping people's minds.

And it's the same with Brad Pitt.

When Deni first saw the images emerge of the 58-year-old actor wearing the brown linen skirt by designer Haans Nicholas Mott, they didn't think much about it.

But upon reflection, they released how big of a deal it is.

"The Brad Pitt - the sexiest man alive for however many years running... the American man, sex symbol and often this symbol of real masculinity.

"For him to be wearing this skirt is incredibly noteworthy." 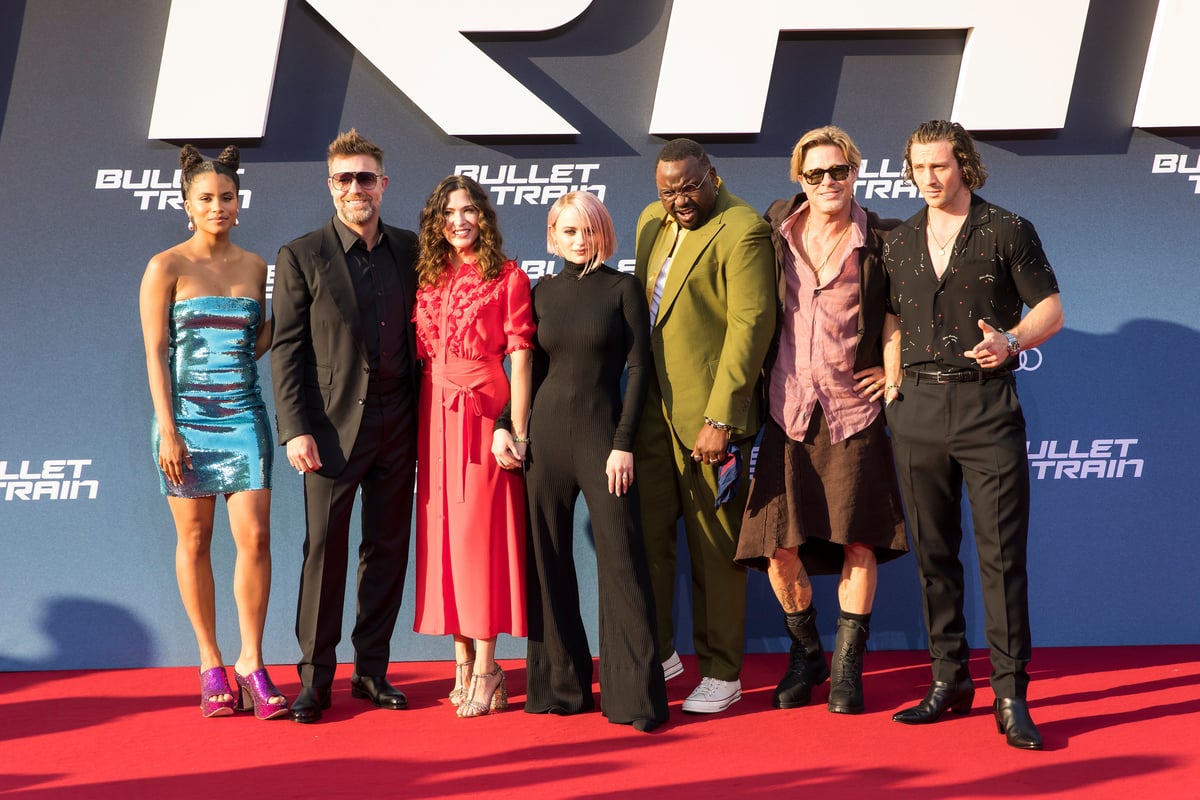 "Every time people de-gender fashion, I give them a round of applause," Deni said.

"But no matter what you do with de-gendering fashion, if you have privilege, and if you have sexy straight male Hollywood a-lister privilege, you can wear whatever you want... the repercussions aren't going to be the same."

Deni spoke about how they were verbally assaulted when their partner, Archie (whose pronouns are also they/them), wore a skirt recently.

"The reality of this movement is that people with privilege will be able to glide through in a very different way to the people who've tried to start this movement. And in this instance, it is queer people," they said.

"So overall it's great, but it's important to acknowledge the struggles that people who are gender diverse face when they go out into the world wearing things like that."

Reply
Upvote
I think skirts and dresses look good on men. I’m all for this trend.

Reply
Upvote
@laura__palmer they can look good (Billy Porter at the Oscars 🤩), but in this particular case, he looks like he grabbed something out of the rag bag! The skirt is fine, but at least run an iron over the shirt.
L
laura__palmer 12 days ago