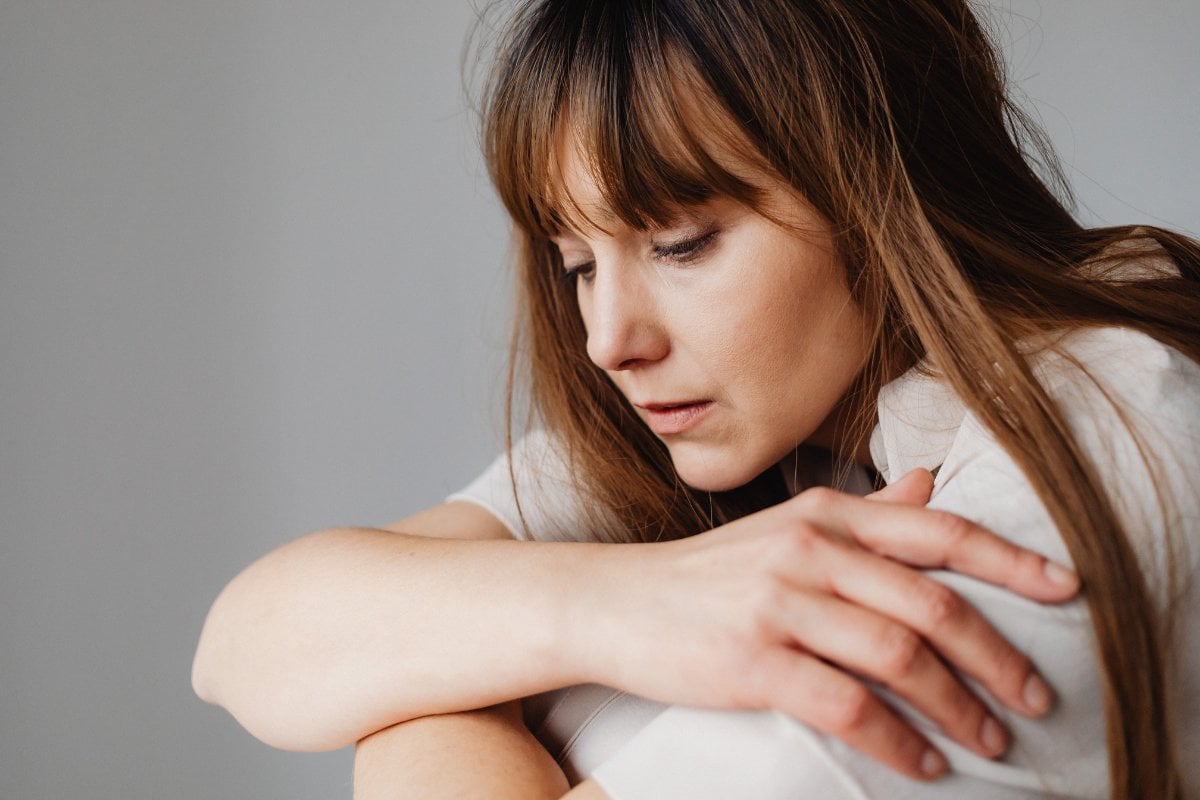 I’m not one to have regrets. In that whole, everything-happens-for-a-reason-don’t-look-back kind of way.

But there is just one thing. And it’s not something that I did, but wish that I had done. Something that I stew over in the early hours of the morning when I can’t sleep. Or work myself up about when thinking in the shower.

And it’s not a good thought. What I wish I had done wouldn’t have been a nice thing to do. But I can’t escape it. Because 10 years after the event, I’m still mad.

While you're here, watch the 4 relationship red flags showed through texts. Post continues after video.

I was 23 and in my second ever real relationship. We’d been through the highs and lows, and I’d moved to the other side of the country to be with him. He was my everything.

Until one morning when I was lying in bed next him and did the unthinkable.

For the past few days, something had been tugging on my conscious, niggling away, and I just knew something was up. He’d had lunch with a friend that Wednesday. A little mid-week catch up. Except I hadn’t heard of her before and he’d mentioned it ever-so nonchalantly. Casually, as if it was nothing out of the ordinary. They were “just friends” after all.

Except I had this gut feeling. Something wasn’t right. So, while he slept soundly in my bed beside me, I checked his phone.

And there sitting in his inbox was a message from her.

The girl he’d had lunch with.

The very same girl who’s vagina I was now looking into. Her fingers inserted. The camera facing up. Her face in the frame.

Bile rose in my throat as blood drummed in my ears, my vision narrowing as my heart raced, beating through the wall of my chest.

I remember running through my options, well aware that I shouldn’t even have looked through his phone in the first place. But in a blink, I’d rolled over, and before I’d thought it through, I woke him up in a voice that didn’t sound like mine.

He baulked, his face reddening as he took in what I’d seen. But she’d sent it to him unasked, he told me, she’d gotten the wrong end of the stick. Of course nothing had happened at lunch.

And I chose to believe him.

But a decade on, that photo – from a girl who must have certainly known about me – still haunts me.

That grotesque image I hadn’t expected to see.

I feel half guilty now for even thinking that way. I don’t want to shame that girl because we all deserve the right to express ourselves sexually in whatever form we’d like.

But with my boyfriend?

Because what I wish I’d done was shocked her back.

If she could seemly send such a graphic photo to my boyfriend so flippantly, then I wanted to scare her by showing her just who could see it.

So what I wish I’d done was send it to myself, along with her number, and then send it back to her from my phone.

“You want to be careful about who you send these types of photos to,” I daydreamingly typed from my unknown number. “From The Girlfriend.”

It’s silly and shameful. But I wanted to hurt her, like she had hurt me. Or they, he and her. My pain all rolled into one.

Because that’s the thing. This wasn’t the first time that I’d come across something like this, nor would it be the last.

I was 18 and learning everything there was about relationships when I discovered a pile of handwritten notes while helping to clean out my then boyfriend’s bedroom.

It soon became very obvious that they were between him and his colleague. Tiny little notes, torn from a sheet of paper. A silent conversation between him and her. All about how they had kissed at the work Christmas party.

It was like a stab to my growing teenage heart.

Fast forward eight years and I was going through a rough time with another ex-boyfriend, when I got that feeling again.

And bingo. Right at the top of his inbox. Messages between him and his former girlfriend. She’d had a boob job, she’d said. And he was asking for a feel.

Weeks later his phone buzzed on top of the kitchen bench. A girl he’d met at a club the night before, I later learnt. He tried to tell me she’d been after his mate when his phone died, so he’d stepped in to take her number.

But by this point, I didn’t even want to hear it. I no longer cared.

In the realm of cheating, these incidents feel like minor altercations. As far as I know, or want to know, they didn’t go any further than flirting or a kiss. But all these years on, they still rile me up. And I still carry a lot of pain. They have destroyed a lot of my trust in men. And escalated issues I already had.

Listen to Sealed Section where Chantelle answers three anonymous questions from listeners, who are cheating, or being cheated on. Post continues after podcast.

When I was four my dad left us for the woman he’d had an affair with. When you grow up with that kind of backdrop, any sign of infidelity stings just that bit more. You take it personally. You become more incensed to it but also desensitised. It’s what everyone does, I learn to believe.

All these men made me feel insignificant, easily replaceable, and unworthy of their commitment, loyalty or love. I’ve had trouble believing partners in subsequent relationships and almost feel like it’s a matter of time before someone looks elsewhere.

There’s a lot to be said about whether I should or shouldn’t have even gone looking through their phones in the first place. Yes, it’s wrong. Yes, I should have trusted them. And yes, maybe I would have been better off not seeing what I did. Could I have avoided this hurt and lust for revenge? A decade and a half of holding onto this pointless anger? Probably. But, as I said, I don’t believe in regrets.

Without a doubt, I am the eternal optimist. Cup half full. Sunnyside up.

I look for the good and I always believe that love is just around the corner, or at least one swipe away. So, trust issues and hurt aside, I choose to believe that when the right relationship comes none of my trauma will come into it. I won’t have doubts or fear or ever feel the need to check an inbox. Because it will just feel right. Intuition and all.

J
jcb a month ago

Reply
Upvote
1 upvotes
Reading this story brought back so many feels particularly those feelings of pain and that sickening feeling when you find exactly what you’ve sensed you would find. I had very similar experiences from my late teens to my mid-twenties and I too feel hurt to this day that someone could take my love and loyalty for granted. I was 28 when I met my now fiancé and I can confirm that with the right person you no longer feel mad, scared or have fears of them doing that to you. I’ve never felt more secure and loved and it’s the best feeling. All you can think when these thoughts keep you up at night is that at least you knew you deserved better and haven’t stayed with them just because it’s easy. Self worth is the most important step to finding the one. Hope you find that love soon! :)
News
General
Opinion
True Crime
Politics
Sport
Explainer
Entertainment
Celebrity
Reality TV
Movies
TV
Books
Rogue
Royal
Lifestyle
Beauty
Fashion
Weddings
Home
Wellness
Health
Fitness
Travel
Food
Family
Before The Bump
Pregnancy
Baby
Kids
Teens
School
Parent Opinion
Work & Money
Money
Finance
Career
Lady Startup
Relationships
Sex
Dating
Separation
Friendship
Family
Real Life
Couples