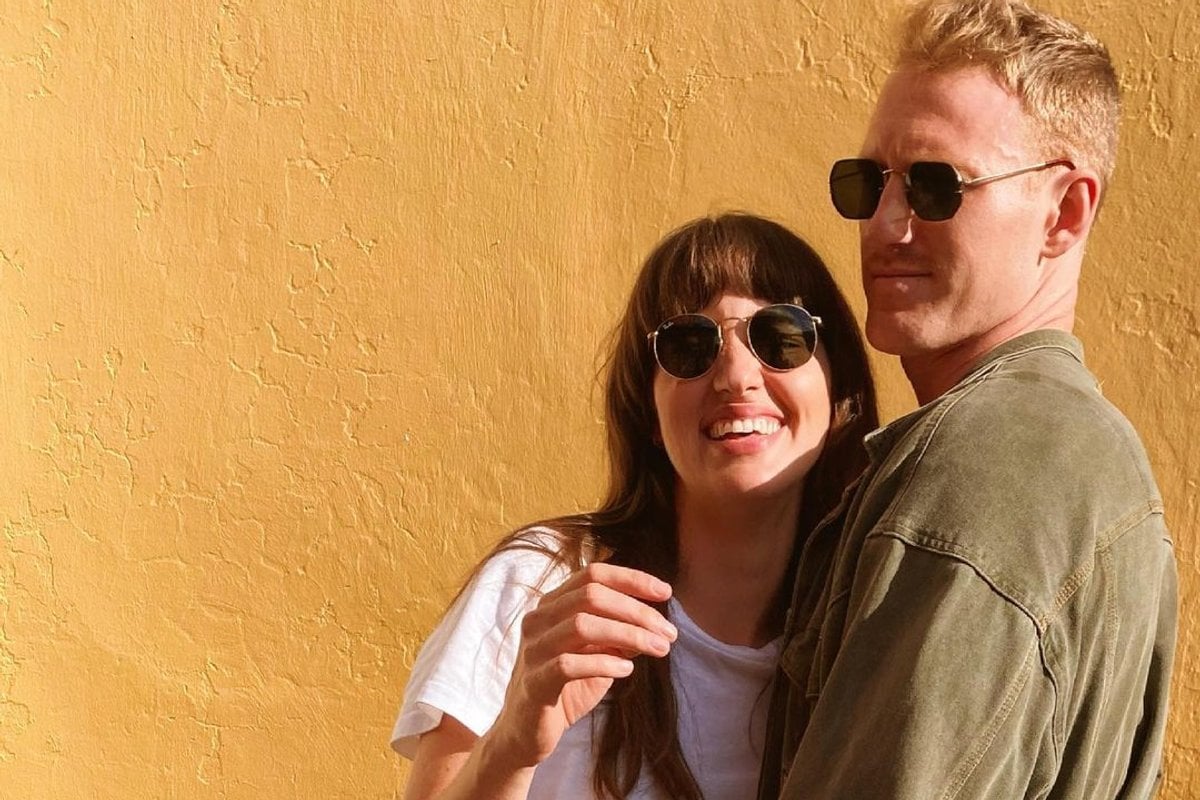 I met Tom while trying to date Paul Mescal from Normal People.

Yep, really - Paul was spotted hitting up pubs and bars in my neighbourhood, while in town to film Carmen, and was behaving very un-celeb-like by just, you know, walking around Sydney’s Inner West.

There was even a rumour he’d joined a local netball team that played in my comp. It seemed like destiny.

When someone said they’d heard from a friend-of-a-cousin’s-friend’s-best-friend that Paul was on popular dating app Hinge, I saw my chance.

I quickly Googled "Paul Mescal age" to figure out what my age bracket would need to be.

I was actually shocked at how many babes I was being presented with on my personal quest for Paul Mescal.

It felt like the Sizzler buffet but for dating - and while I was still very much committed to My Paul, I started swiping right on a few of these younger hotties. Whatever, I was single! I was going to have a Hot 30s Summer.

One of these younger babes was Tom, 25. He lived down the road from me which was mildly alarming should our fledgling romance end up doomed, but he was funny - I ended up replying to one of his convo starting statements "geese and swans are the same, prove me wrong", telling him about how violent geese are, and had he ever been mauled by one at Centennial Park, because I had.

If you know, you know.

This convo turned into a first date at a bar smack-bang between our houses.

It was a fun date, but I wasn’t really treating it as a potential romance.

I saw Tom and thought, "25, good for a fling but definitely not ready for anything serious". Nothing about Tom actually indicated this - he was lovely, mature, smart and made me laugh. But you know, he was 25.

We went on a second date a few weeks later, then a third date to the dinosaur museum - my favourite, fully back this as a date if you ever need ideas.

I remember messaging a friend who is 26, telling her I "had the perfect next boyfriend for her" because "there’s no way this is going anywhere, he’s way too young".

Don’t get me wrong - I was having the best time! But I’d totally shut off the part of my heart that usually does cartwheels when a guy even looks at me in a romantic way. I’d pre-decided this was a short-term thing, and then I’d gift Tom to my friend. Because that’s totally how it works, lol. 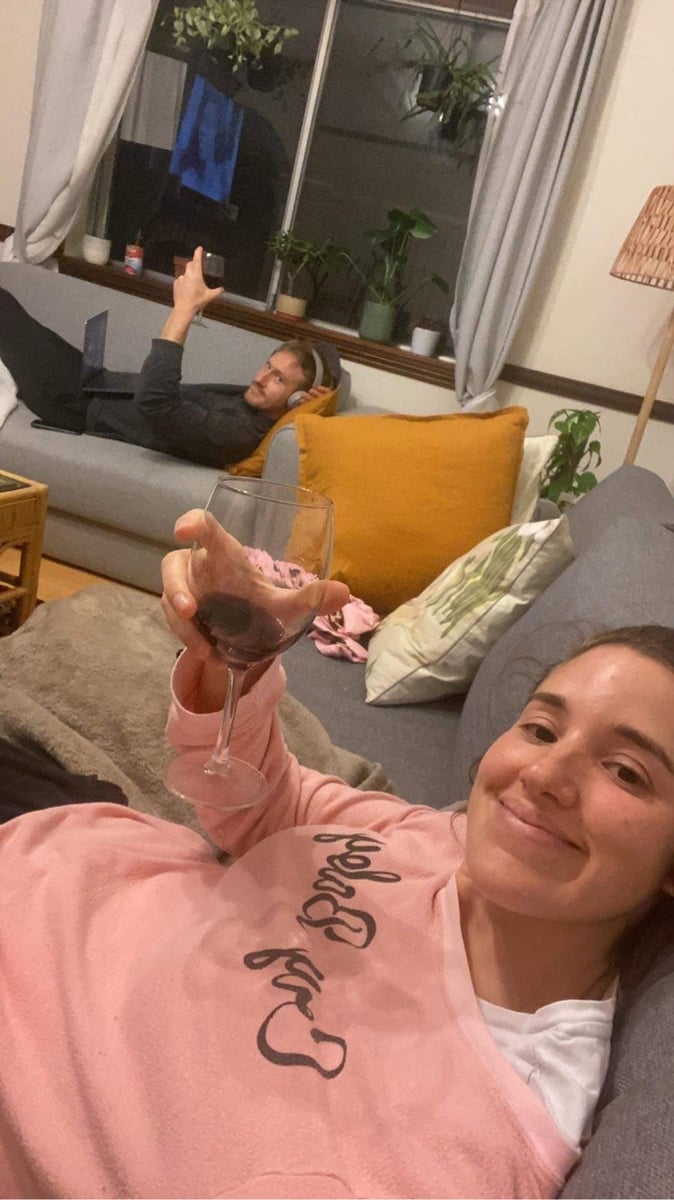 But slowly, Tom did a Beyonce’s 'Halo' on me. You know, walls tumbling down, they didn’t even put up a fight, etc. I was just having such a good time. I didn’t notice the age gap at all, except for the time I started talking about how cool it was when the Olympics were in Sydney and you got to go for school, to which he replied "I was four".

We just WORKED, and we’ve kept on working for eight months now - he supports me when I’m sad, happy, winning or losing in life, and I support him in turn.

We lie around re-watching Game Of Thrones, and we go for picnics with each other’s friends. It’s like literally any other relationship I’ve ever had - except better, because in a total plot twist, it turns out the 25-year-old guy is the most emotionally mature man I’ve ever dated.

There was, of course, one major elephant in the room when we first got serious. Babies.

As a 35-year-old woman I’m aware my eggs are not the sh*t-hot baby makers they were in my 20s, and I am fairly sure I want kids - which means I’ll likely have to start trying within the next couple of years.

It was actually the baby factor that saw me putting Tom in the "not serious" box in the first place - there was no way he’d be okay with being a dad before 30, right?

Wrong. I finally brought it up when he asked if we could be official. "Look," I remember saying, ready for rejection, "this isn’t going to work as a serious thing. I’m going to have to start trying for a baby in, what, like two years MAX. I’m sure you don’t want kids that soon."

"Why are you assuming you know what I want?" he retorted.

I was taken aback - not because he was implying he might want kids that soon, but because I had been making a lot of assumptions here.

I’d assumed a 25-year-old guy wouldn’t want to get serious, even though I’m aware of plenty of guys who were in long-term relationships in their mid-20s. I’d assumed Tom fit a cliche mould that honestly, probably doesn’t exist - this guy who is just living it up 24/7, hooking up with people every weekend, has the emotional maturity of a toddler. And yeah, I’d assumed no guy in their mid-20s would want kids, even though history totally says otherwise. 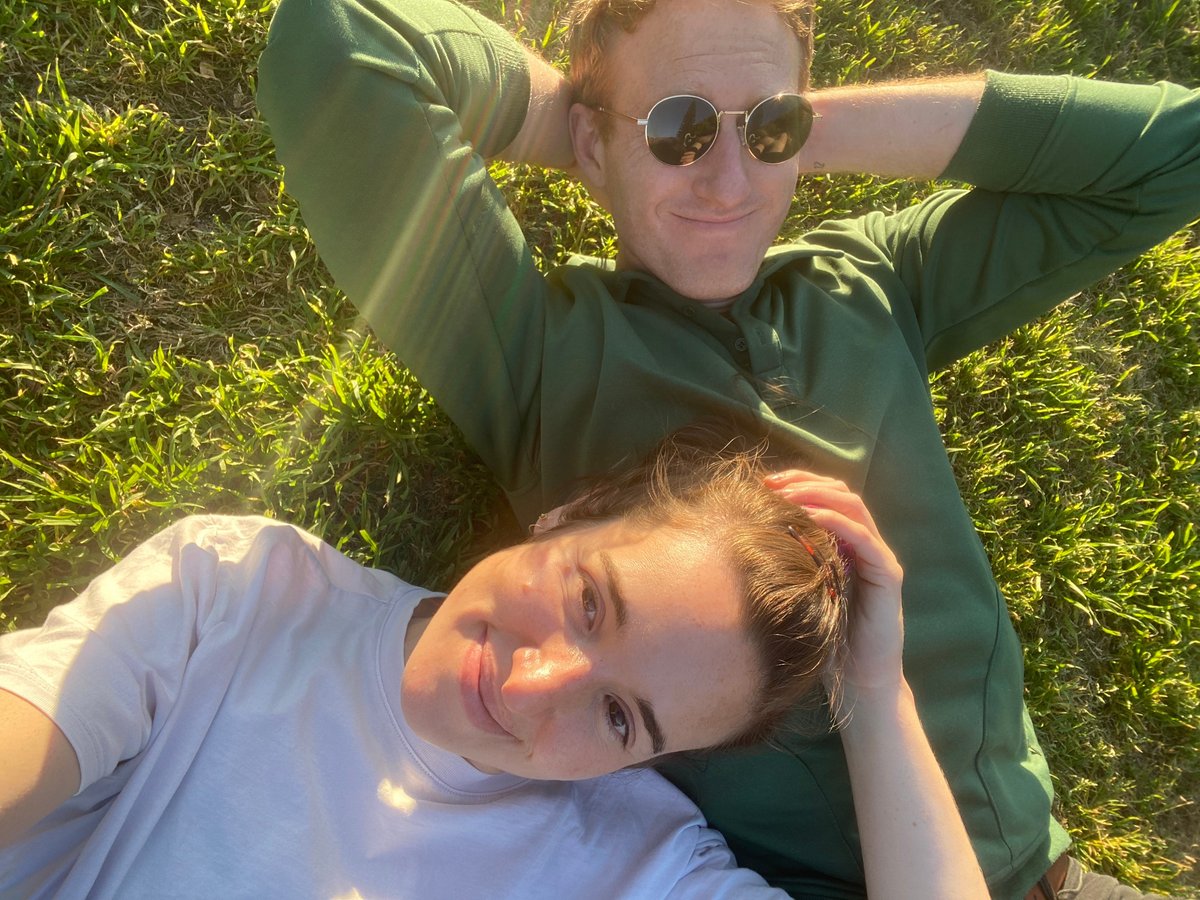 Maybe you’re doing that, too - it made me think of all the weird, hard limits we put on prospective dating partners.

How many amazing people are we missing because we’ve randomly decided two years is the maximum age gap we’ll accept?

Or the opposites-attract loves we may have binned because the first date didn’t live up to our rom-com standards?

In the end, Tom told me it wasn’t exactly in his life plan to be a dad before 30, but if we were together and it got to that point, he’d be open to it.

It’s a lot more than I’ve gotten from plenty of ex’s - all older than Tom. In fact, my oldest ex (five years my senior) was still umming and aahing about whether he even wanted kids.

So here we are today - we just moved in together, and we’re planning our first big holiday post-lockdown. It’s not permanent bliss - no relationship is! But we love each other, we support each other and it’s just bloody GOOD.

Reply
Upvote
Great story however, checking  on dating sites most men of 50+ are looking for girls/women between the ages of 18 - 45 !
C
cat 3 months ago

Reply
Upvote
1 upvotes
The fact that you cant find a decent guy between (the extremely reasonable age range of) 29 and 45 is a sad reflection of what men are offering in general.
T
therookie 3 months ago

Reply
Upvote
1 upvotes
@cat there are heaps of good men out there, your looking in the wrong areas. Broaden your horizon, change a parameter in your search. Lower your defence mechanisms.  Most men respect boundaries, they respect women. What men don't understand is hints, they don't understand an inviting look, the tone in a voice, and one million subtle hints you may have in your quiver. Think of most men as a dog. Dogs are great, they are lovable, cute, loyal. But at the end of the day they don't understand the complex equations of human interaction. It's almost like you need to roll up a newspaper smack the guy like on the nose. Then say " I'm Cat, and I like you, please treat with respect because I deserve it, let's go for coffee and cake and a chat".

Reply
Upvote
3 upvotes
@cat How many men is that  just a few million?
Surely you can't be serious and you really believe that a demographic of millions sadly offers nothing in general? That's a weird and astoundingly pessimistic take on society I must say.
L
laura__palmer 3 months ago

Reply
Upvote
1 upvotes
@cat I just met a real awesome guy and he’s 45. Wasn’t that hard. Although there are lots of terrible men out there, there are plenty of good one with lots to offer, and I’m sure there’s plenty of trashy dudes under 29, too, with nothing to offer. Don’t be ageist.
M
mamamia-user-482898552 3 months ago