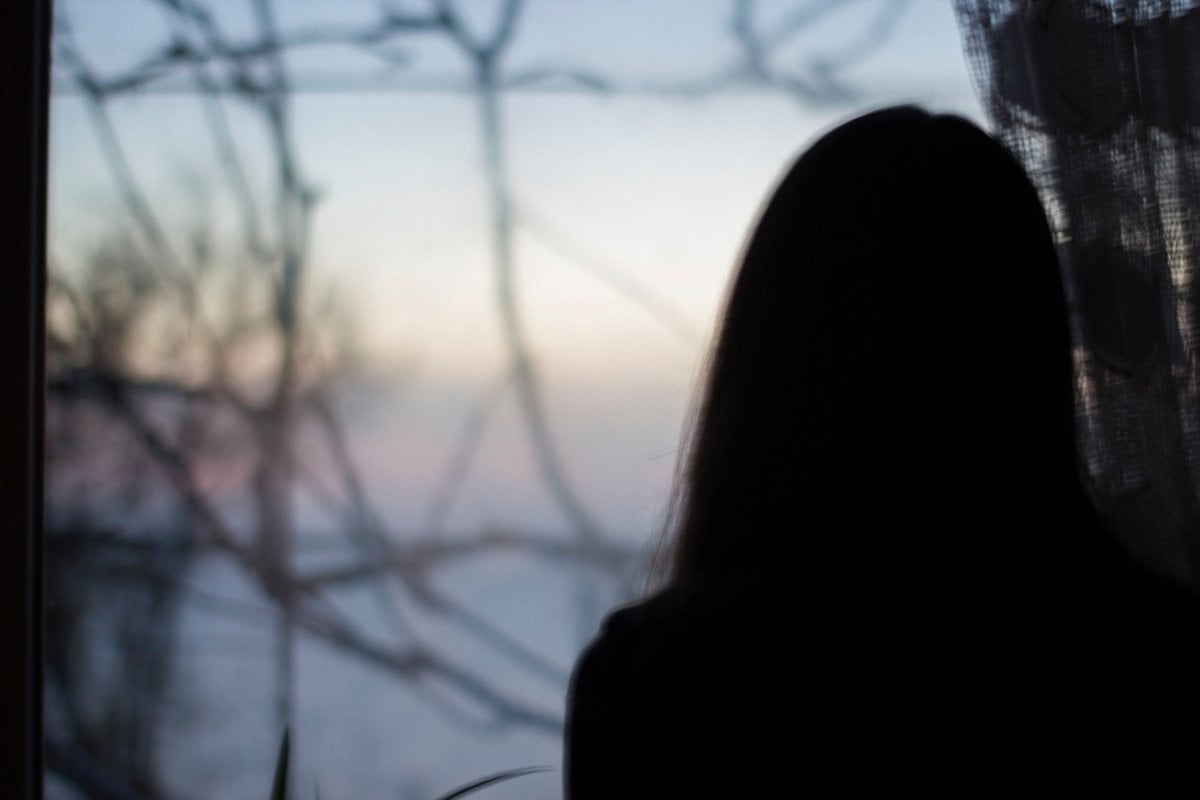 You were right to call yourself a coward in that message you sent me in late December. Only a coward could end a seven-year relationship with 160 characters.

You were wrong when you said I had your soul and you had mine. You have no right to hold hostage over my soul when you knew very well you were never returning home. No part of you deserves the immortal part of my being, and the spirit that embodies me.

I slept with you in January. I thought it meant something to you too. I thought we were on track to rebuild what we lost to that argument in December. I fought damn hard for you, and you know that too.

“This isn’t the end so we shouldn’t treat it that way,” you told me as I redressed.

And so if that wasn't the end, where have you been? Seven years, a combined soul, infinite memories and a physical connection that knew no boundaries now haunt me with the ghost of you.

Your absence on Mother’s Day was telling. You were always my biggest supporter so when the day ended and I’d not heard from you, I made a mental note to prepare for your absence on my impending birthday. And although we met before my children were born, for the first time I questioned whether you were embarrassed to date a mother of two children.

Since then, I’ve not bombarded you with messages. I’ve sent two messages to let you know how deeply I still love you, and also offered a couple of really simple ‘hellos’. Simple ones that if you were feeling any ounce of doubt, or embarrassment, or regret, these were easy opportunities to slide in a reply. Trust me, even the harshest of replies would have felt less callous than ghosting me.

It must be incredibly tiring being constantly on the run. Running from friends. From Family. From me.

‘It’s his attachment style getting in the way. He is an avoidant,’ people tell me. I get it. But I’d like to think after seven years you’d feel comfortable enough to give me a proper explanation. At the very least, a more thought out goodbye.

Listen: Are you anxious, avoidant, or secure? And how can knowing your attachment style help you find love?

Your dad told me: "We can put this down to mental health but I really struggle to believe that. If he really loved you, he would get the help he needed to live his life with you."

I’ve never been so critical about myself in my life. Did you leave me because I had kids? Was I no longer sexy to you? But I did everything you asked me to. With no hesitation. Every position, every pose.

"I’m so happy and I want to make you happy too."

"Five minutes will pass and I’ll already miss you. That’s how I know you’re my soulmate."

This pain is akin to mourning death, but you are still very much alive, and I am left with no closure. I’ve spent six months on hold. I've resorted to cheap wine that puts me in a deep sleep to not dream of you. The nightmare of losing you haunts me enough when I am awake. I’ve actually felt my heart physically ache.

I’ve lost a handful of friends, my job has stagnated, my body is now skin and bones. I’ve fought with family, retreated to isolation, forgotten how to laugh and struggled to smile. I’ve spent the last six weeks in therapy trying to figure out what the f**k happened.

I looked you up on Instagram the other day. Your account is private, but your follower count has increased. You’ve ignored my messages, but have accepted new followers. You’re very much alive but your heart must be dead.

I doubt this letter will reach you, but in the hope that it does, I beg you, please stop haunting me. Stop exacerbating my grief. Let me have my peace.

Let me have my closure.

broken to bits 18 days ago

Reply
Upvote
I felt your pain. It’s the same pain I felt when I was ghosted by someone who I loved and cared about deeply.The pain is real and it is deep and only a person who’s experienced this will have true and genuine compassion. It does get better. You will always wonder what you did and what you could have done better but what I learnt is that a person who can do this to another human being without remorse is experiencing a deeper level of pain than you can imagine. It doesn’t make the pain lighter but it helps you to show yourself compassion and grace and understand that the way that he treated you does not decrease your value. He is a coward and he will continue to learn hard lessons in his life-even if you never become aware of them. I have resorted to loving myself more and that might mean something different for you than it does for me but take my advice and look back at a time in your life when you were confident, strong, bold and remember who the f..k you are. Slowly take back your power, start by showing yourself the love and compassion you deserve. Fight until you get to a place when you can feel an unexplained sense of peace and joy. hearts are easily broken and it’s the hardest thing to repair. I stand with you today because I have been to that place where only darkness exists for me and it was the worst experience of my life. I still feel the sting of the pain today but I no longer blame myself for someone‘s behavior. He will eventually meet his demons face to face so don't stay in the hole that he left you in.
News
General
Opinion
True Crime
Politics
Sport
Explainer
Entertainment
Celebrity
Reality TV
Movies
TV
Books
Rogue
Royal
Lifestyle
Beauty
Fashion
Weddings
Home
Wellness
Health
Fitness
Travel
Food
Parents
Before The Bump
Pregnancy
Baby
Kids
Teens
School
Parent Opinion
Work & Money
Money
Finance
Career
Lady Startup
Relationships
Sex
Dating
Separation
Friendship
Family
Real Life
Couples