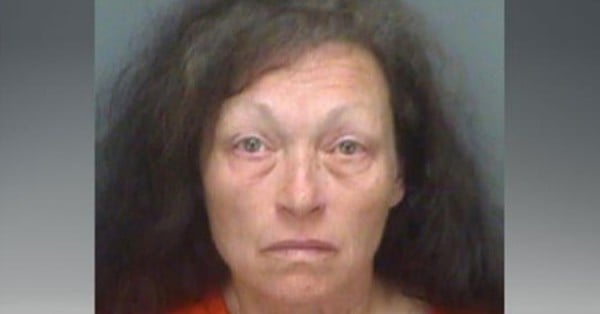 “All I ever wanted to do was to have kids.”

That’s what Kathleen Steele, appearing on reality TV show “I’m Pregnant and …” had to say about her journey to becoming a mum.

In the show, the Florida woman is shown rubbing her pregnant belly and later, cuddling her newborn son close to her chest.

But now, just six years after that program aired, Kathleen Steele has lost all three of her young children in the grisliest circumstances imaginable.

Her six-year-old son allegedly killed her newborn baby in a horrifying act of violence last week — and now Steele is charged with aggravated manslaughter and neglect, and her two surviving children are in foster care.

The sickening incident took place on August 8, when Ms Steele left her six-year-old son, her baby daughter Kathleen and her other three-year-old child in the family minivan while she visited a mobile phone store.

The van was turned off and the windows rolled up, and she was allegedly away from the children for 38 minutes.

When she returned, her 13-day-old baby girl was lifeless and blood was smeared on the roof of the van.

Police said the six-year-old boy had brutally beaten his newborn sister to death -- all because she would not stop crying.

Pinellas County sheriff Bob Gualtieri said at a press conference that the boy had used a doll to show authorities how he attacked the tiny girl.

Detectives said he slammed baby Kathleen on the ground and flipped her around, fracturing the girl's skull.

"The best way I can describe it is, he pummeled her," said Gulatieri said.

"We decided not to charge [the boy]. But nonetheless, we have a six-year-old who killed a 13-day-old."

He also described baby Kathleen's skull as “mush” and fractured like “cracks in a sidewalk.”

“I’m telling you, this kid’s face was a mess,” Gualtieri said. “There’s no mistaking the condition that this 13-day-old infant was in."

When Steele returned to the minivan, she did not immediately seek medical attention, the sheriff said. Instead, the mother allegedly took her children to another store and renewed the lease on her rented van.

She allegedly only sought assistance hours later, when she saw the baby was purple. At that point, she called a neighbour -- a  nurse -- who immediately dialled 911.

Paramedics arrived and performed CPR on baby Kathleen, but the tiny girl was officially pronounced dead on Monday afternoon at St Petersburg General Hospital. Police believe it is likely she died in the phone store parking lot following the beating.

Ms Steele's two remaining children have been placed in foster care, and Pinellas County Schools told WTSP 10News that the eldest boy will not return to school.

The sheriff described the boy, who will not face charges, as deeply troubled with “a lot of pent up hostility and anger.”

Ms Steele is being held in the Pinellas County Jail.

The story behind Ms Steele's decision to have kids was the subject of a television episode back in 2010.

As The Washington Post reports, MsSteele and her late husband Philip appeared on the now-defunct reality television series “I’m Pregnant and …” when she was expecting her first child.

Each episode of the show starred a pregnant woman in an unconventional life scenario: Steele’s point of difference was her age, as she was 55 at the time. The episode was called "I'm pregnant and 55."

“Kathleen Steele has it all,” the episode description said. “A job she loves, a devoted 63-year-old husband, a sailboat, beach house; all, except the children she wants. Now, at the age of 55, she’s pregnant with her first child, but nothing about pregnancy at her age is routine or easy.”

Ms Steele gave birth in 2009, and expressed a desire even then to continue growing her family -- fast.

"In the hospital when they told me that they were cutting [to perform the caesarean section]... I said, 'put a zipper in because we're going to do this again, like next year'," she said on the show.

She did end up giving birth twice more: Although Ms Steele's husband Philip died of cancer years back, the couple had his sperm frozen before he passed. Ms Steele had two children using artificial insemination; the most recent was baby Kathleen, born on July 26 this year.

The Washington Post reports a series of unusual events that occurred in the weeks preceding baby Kathleen's death.

Just days before Kathleen's birth, a fire believed to be accidental damaged the family home, and Ms Steele took her children to stay in a hotel.

Then, three days after baby Kathleen was born, a fire alarm sounded at the hotel and Ms Steele allegedly tripped and dropped the baby carrier on the ground, causing the baby to hit her head and suffer a brain bleed. Ms Steele told authorities she forgot to buckle the baby carrier in her rush to get out the door.

Although the Florida Department of Children and Families child abuse hotline investigated Ms Steele after that incident, Child Protective Service determined there was no evidence of abuse.

After Baby Kathleen was released from hospital, authorities scheduled a follow-up visit for August 1 -- but Ms Steele rescheduled for 10 August, by which time her baby had died.

Authorities said the Department of Children and Families abuse hotline received a second call on August 2 reporting that Steele’s children were “inadequately supervised,” The Washington Post reports. Another investigation by the Sheriff's Office again found no evidence of abuse.

At a press conference, the sheriff said he believes his staff and those with DCF had no way to foreshadow the tragic death of baby Kathleen, given their limited interactions with the Steele family.

“I can tell you that I’m 100% confident that there’s nothing else we could have done or should have done,” he said.

If you are concerned about the welfare of a child you can get advice from The Child Abuse Prevention hotline on 1800 688 009 or visithttp://www.childabuseprevention.com.au/ or call The Child Abuse Report Line on: 131 478 (Open 24 hours).

If this post brings up issues for you around sexual or emotional abuse, please call Bravehearts on 1800 272 831.

What hope does the 6yo have for life after doing that?