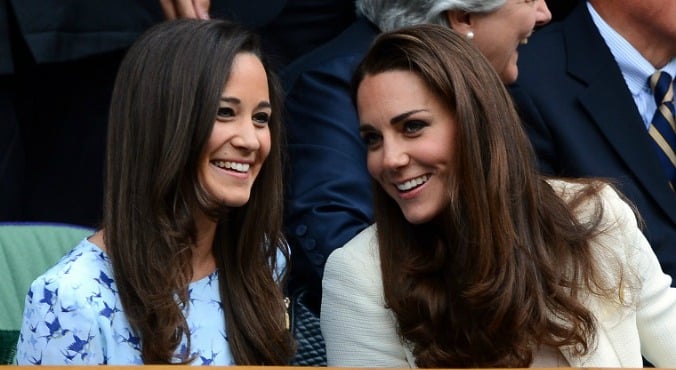 Kate, Dutchess of Cambridge, has been credited with many a fashion and beauty trend. (Did anyone see how fast her ASOS maternity dress sold out?) We have to say though, this is one Kate-inspired beauty trend that’s perhaps a little, well, weird.

Related: These are the beauty items Kate Middleton has been using during her pregnancy.

Cosmetic surgeons have reported an increase in the number of women approaching them requesting Botox injections – just not for their face.

Rather, clients are seeking out the benefits of Botox in the quest for Dutchess-worthy frizz free hair. Yep, Botox for your hair. (Post continues after gallery.)

Reportedly, Botox injections directly into the scalp are said to prolong blow dries, de-frizz the fuzz and keep hair fresher for longer.

The idea is that Botox prevents sweating – which is actually one of the original uses for the drug. It works by inhibiting the sweat glands and therefore reduces the amount of perspiration a person experiences.

It’s been used to treat conditions like hyperhidrosis (or excessive sweating) for years, and now it’s doing the same for the sweat glands on your head.

By closing the follicles surrounding the hair, sweat is inhibited. This means that hair appears less oily and requires far less washing than it would usually resulting in blow dries that go the distance and shiny, glossy hair rather than oil-slicked ponies.

Related: Botox bunny lines. The side effect you didn't know had a name.

It's said that the trend originated from women lusting after Kate's bouncy, shiny hair.

However we highly doubt that the duchess is submitting herself for biannual Botox to the scalp. Rather, the credit should perhaps more appropriately be given to her team of stand-by stylists on hand to attend to any hairs which dare step out of place.

Apparently, the trend costs around $1020 in Australia and is said to last between three and nine months.

I don't know about you but I think I'd prefer to save my money and just, you know, wash my hair a little more often...

Would you try Botox injections to combat oily hair?