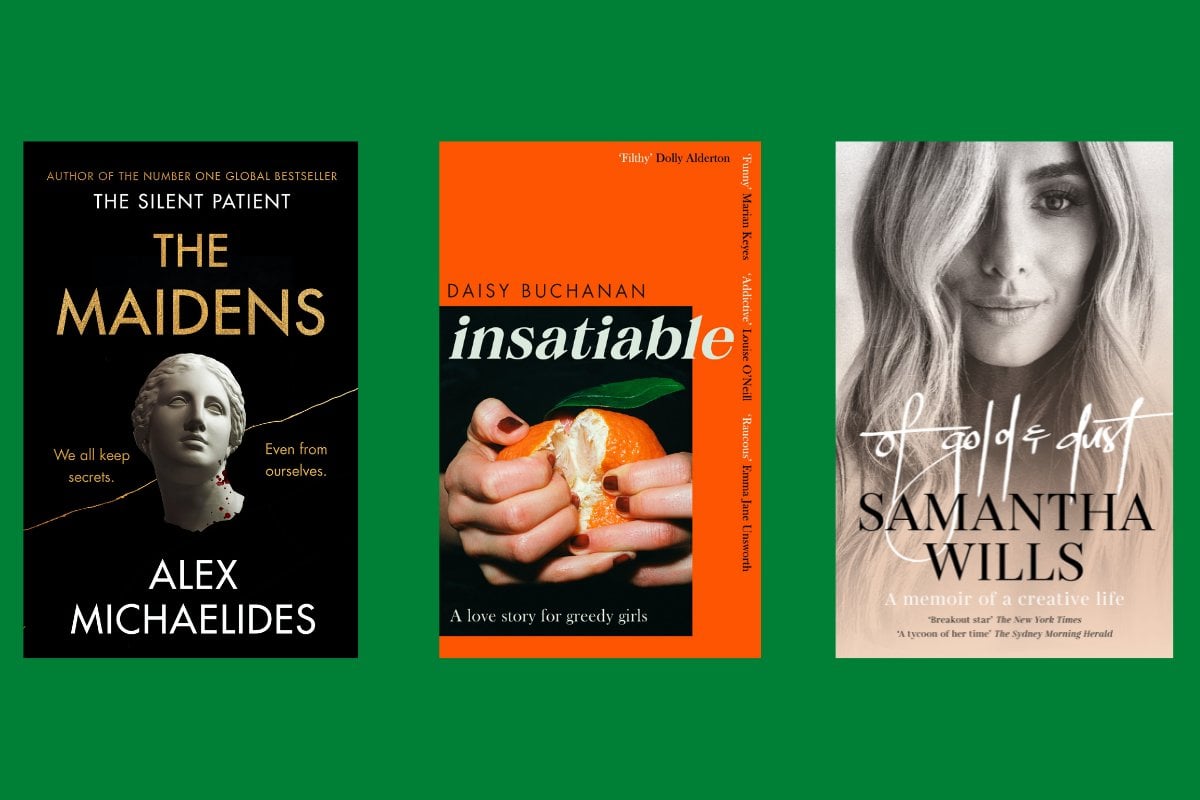 This month, I read a book I can't stop telling people about.

It's the kind of book you'll wish you could go back in time and experience for the first time all over again.

It's got all the elements of a crackin' good novel - a page-turning plot, fully fleshed out, flawed, relatable characters, GOSSIP AND DRAMA, and little lessons you'll take with you long after you've read the final page.

The rest of the Mamamia team have been racing through twisty thrillers, gripping memoirs and cult favourites.

Here are all the books the Mamamia team couldn't put down this month: 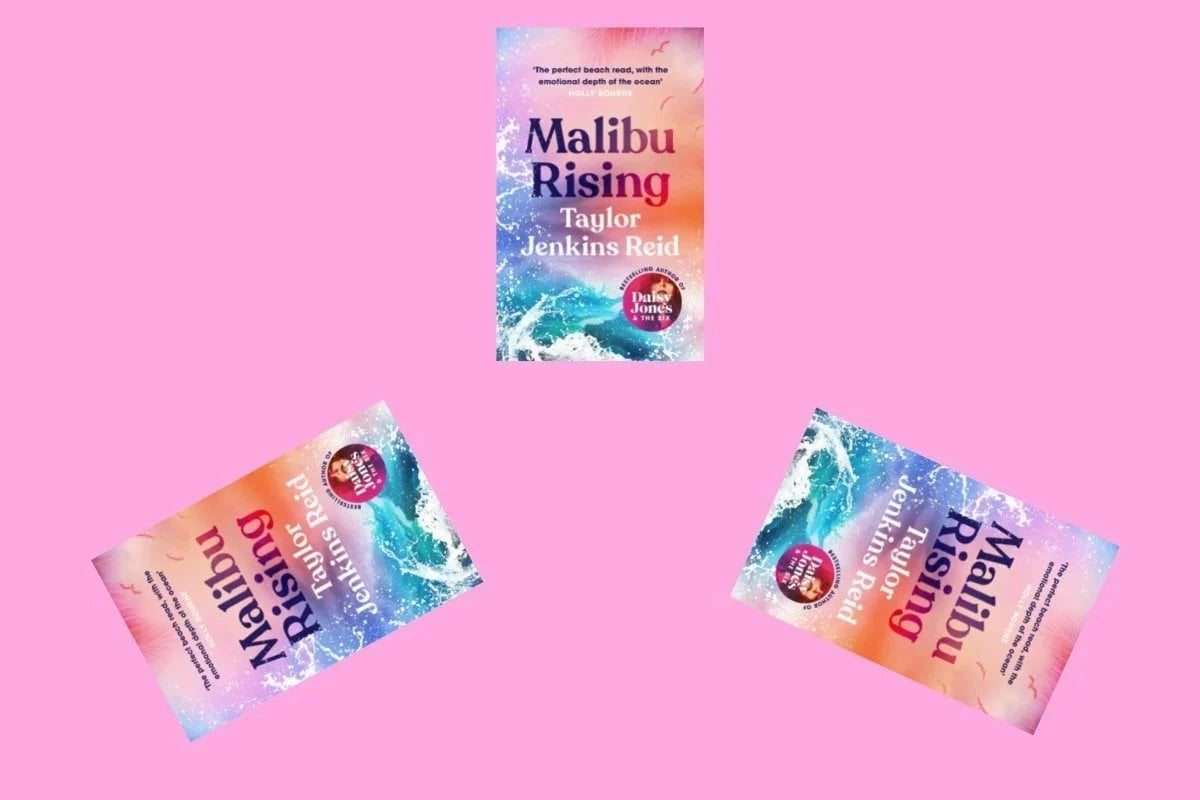 "This is honestly one of the best books I’ve read in the past few years. It’s set in 1983 and it tells the story of a deadbeat rockstar dad who abandons his family, the mother who stays and the kids who are left to pick up the pieces. Also, there’s a huge party in Malibu with the kids from Family Ties doing lines of coke and I love that for them. Jenkins is a beautiful writer and there were so many passages I wanted to underline and commit to my memory forever. Did I mention the huge party and also the fire?" Keryn Donnelly, Pop Culture Editor.

Read more: Should I Read It? Malibu Rising, the epic family drama everyone is talking about. 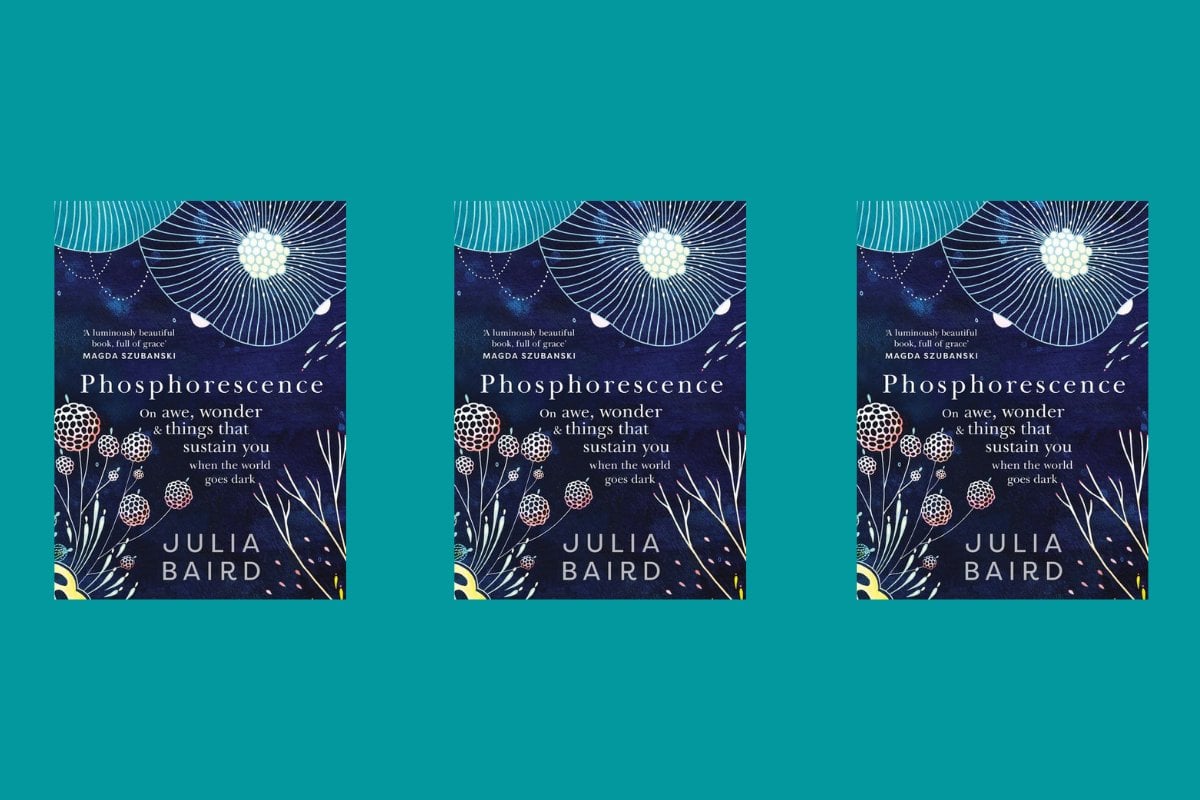 "I picked up Phosphorescence again (you know, given the circumstances) and I feel like I'm doing good for myself every time I go to read a chapter. There are so many passages I've highlighted and annotated as it's so, so insightful. Reading it is as good as going to therapy with the number of realisations I've had." Emma Gillman, Editorial Assistant. 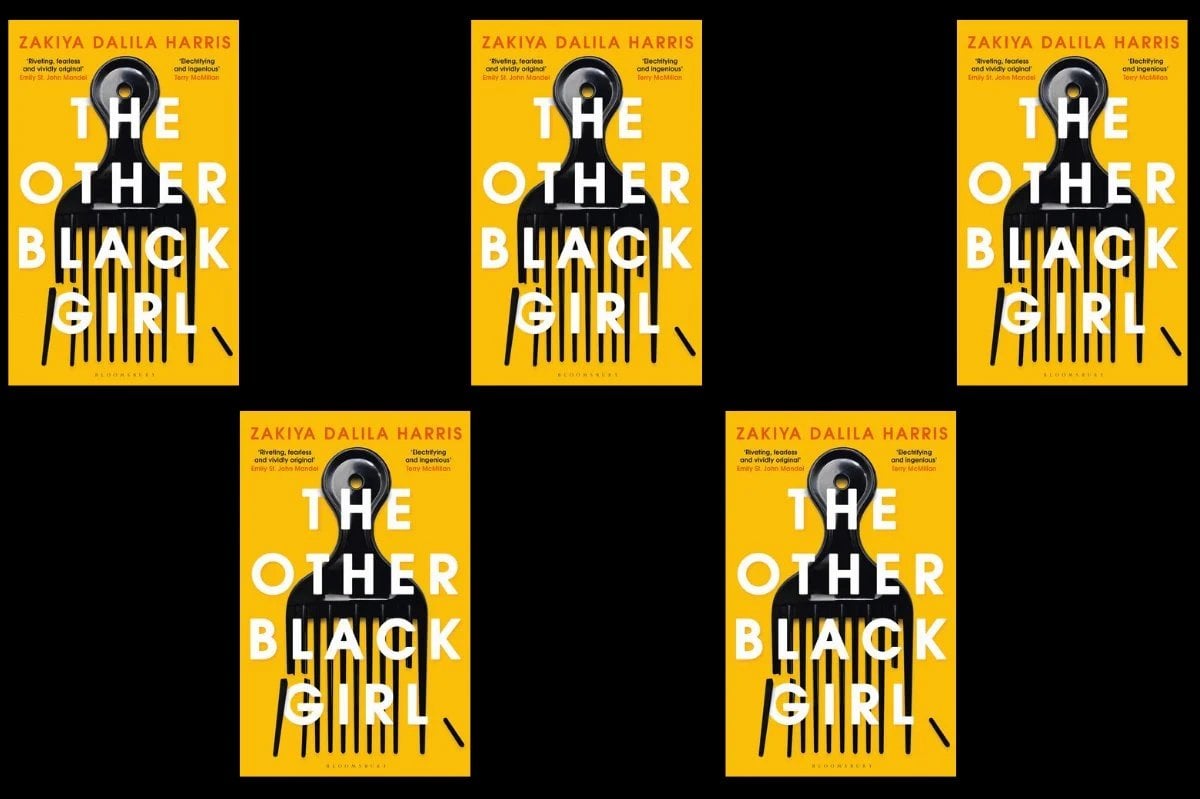 "The Other Black Girl has been described as The Devil Wears Prada meets Get Out.

It follows the story of 26-year-old editorial assistant Nella Rogers, who is tired of being the only Black employee at Wagner Books.

While it's a bit of a slow burner, The Other Black Girl has a twist ending and surprising message that you'll think about for weeks after you've read it." - Keryn Donnelly, Pop Culture Editor.

The Girl in the Mirror by Rose Carlyle 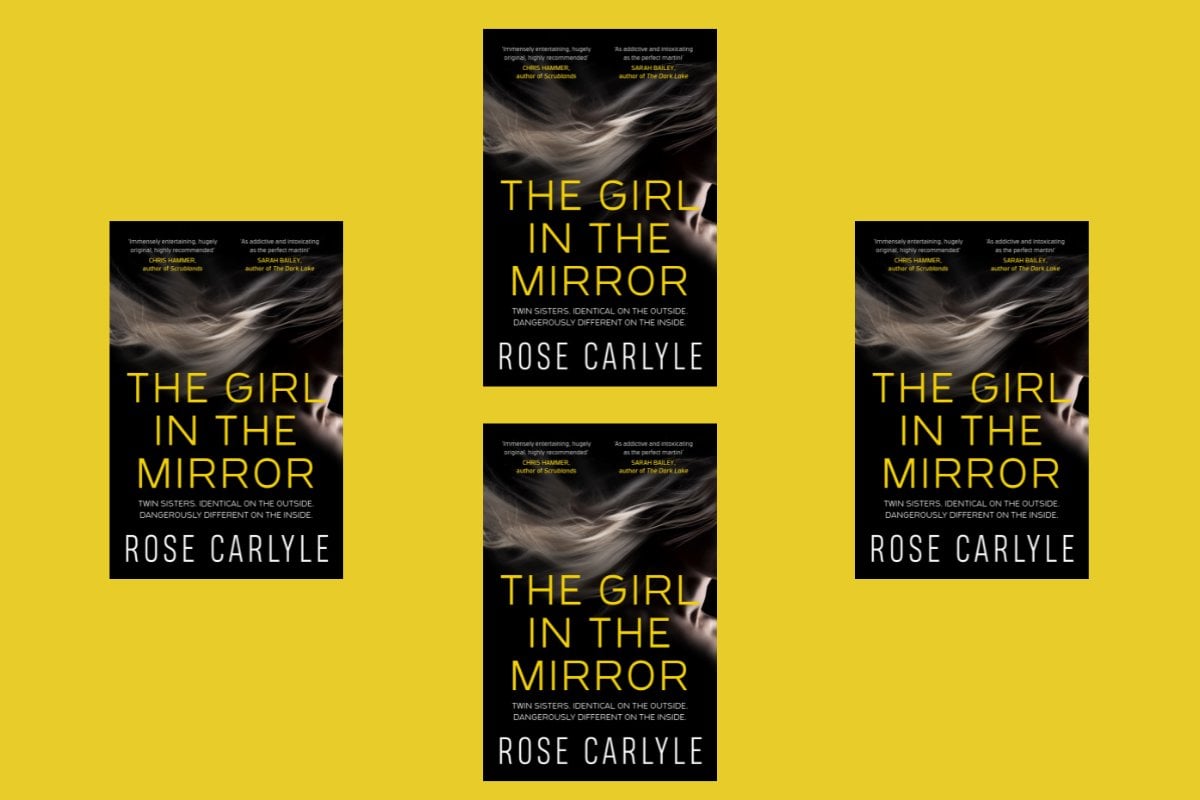 "This is a novel about an event that transpires on a boat in the middle of the ocean, involving a set of beautiful twins. And only one of them gets off the boat. The rest of the book is a thrilling ride full of jealousy, lust and deceit that knocks you over the head with a killer twist. Trashy, pacey goodness." - Tamara Davis, Head of Lifestyle. 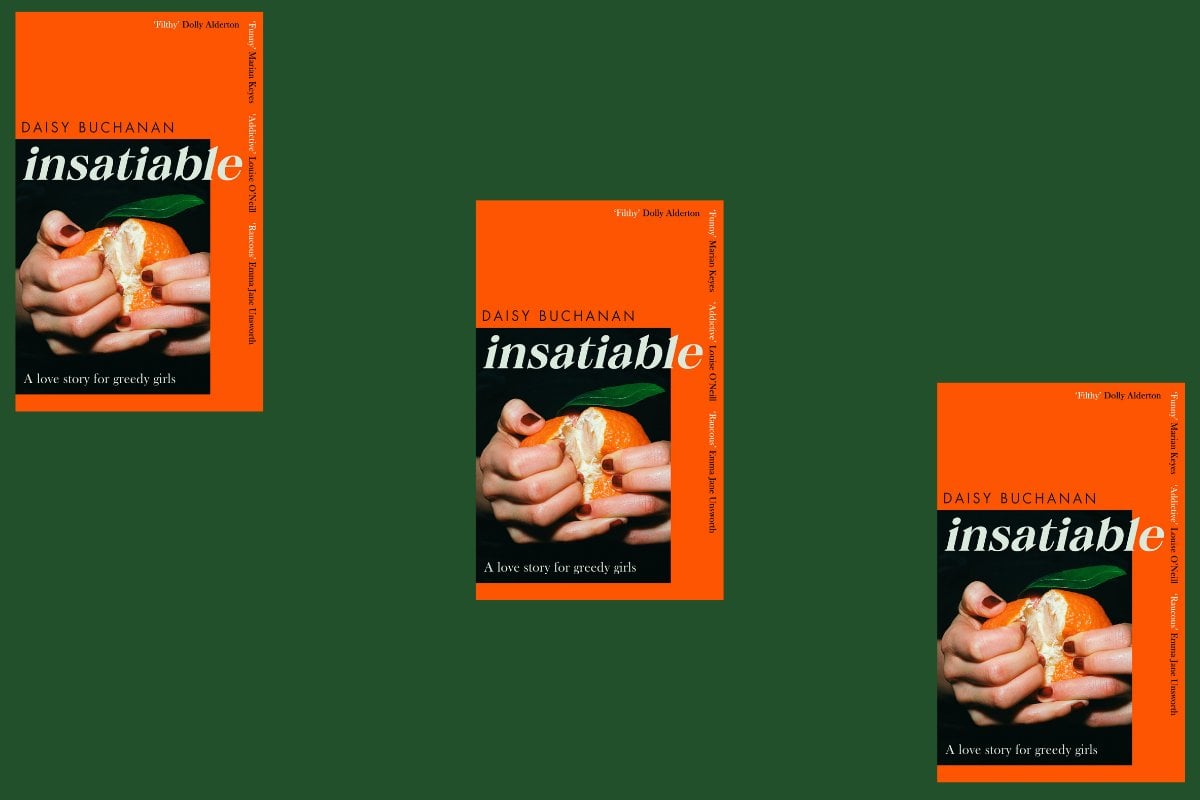 But Insatiable is more than that. It’s about a woman learning to love her own body, beginning to understand her own self worth, and figuring sh*t out. It’s about the loneliness of your twenties and taking the road less travelled. It’s a sexual coming of age story packed with hilarious, laugh out loud observations. A must read." - Keryn Donnelly, Pop Culture Editor.

Before You Knew My Name by Jacqueline Bublitz 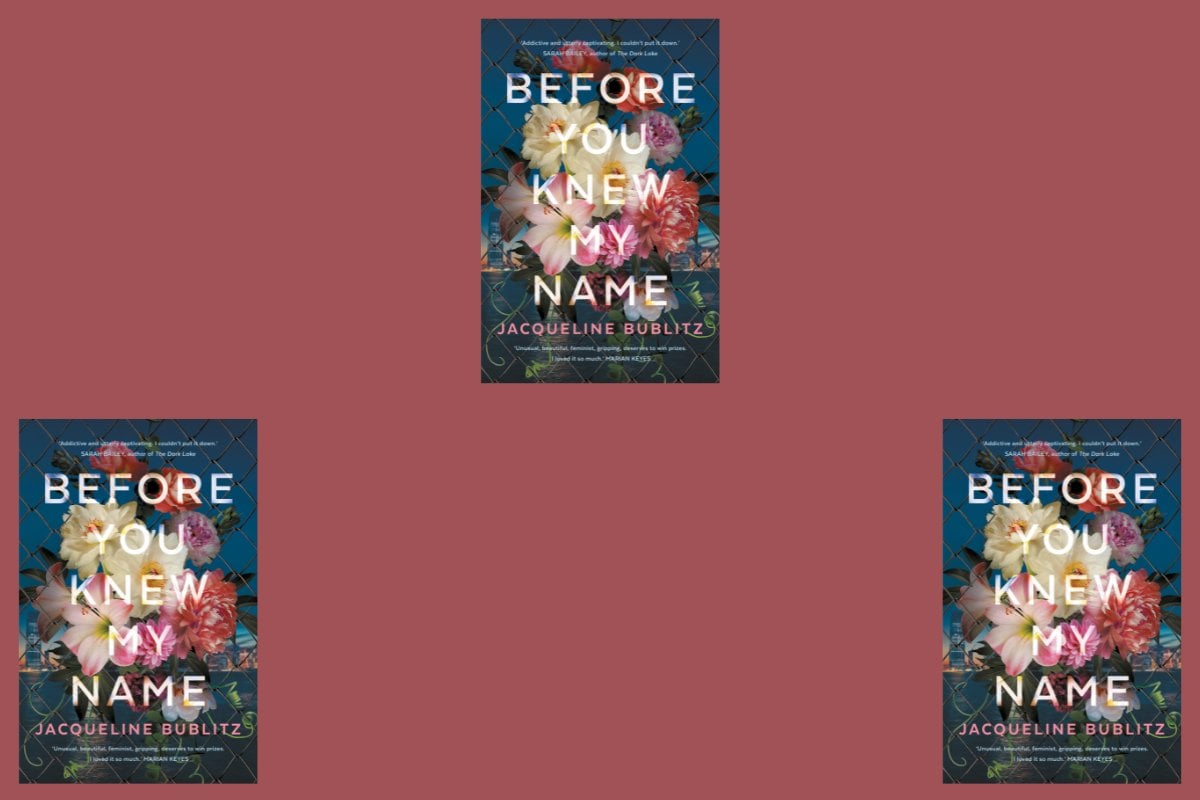 "I just finished Before You Knew My Name by Jacqueline Bublitz. It explores trauma, connection, and our cultural obsession with dead girls and it’s written in the most amazing way. It had me hanging onto every word." - Leah Porges, Podcast Producer.

Of Gold & Dust by Samantha Wills 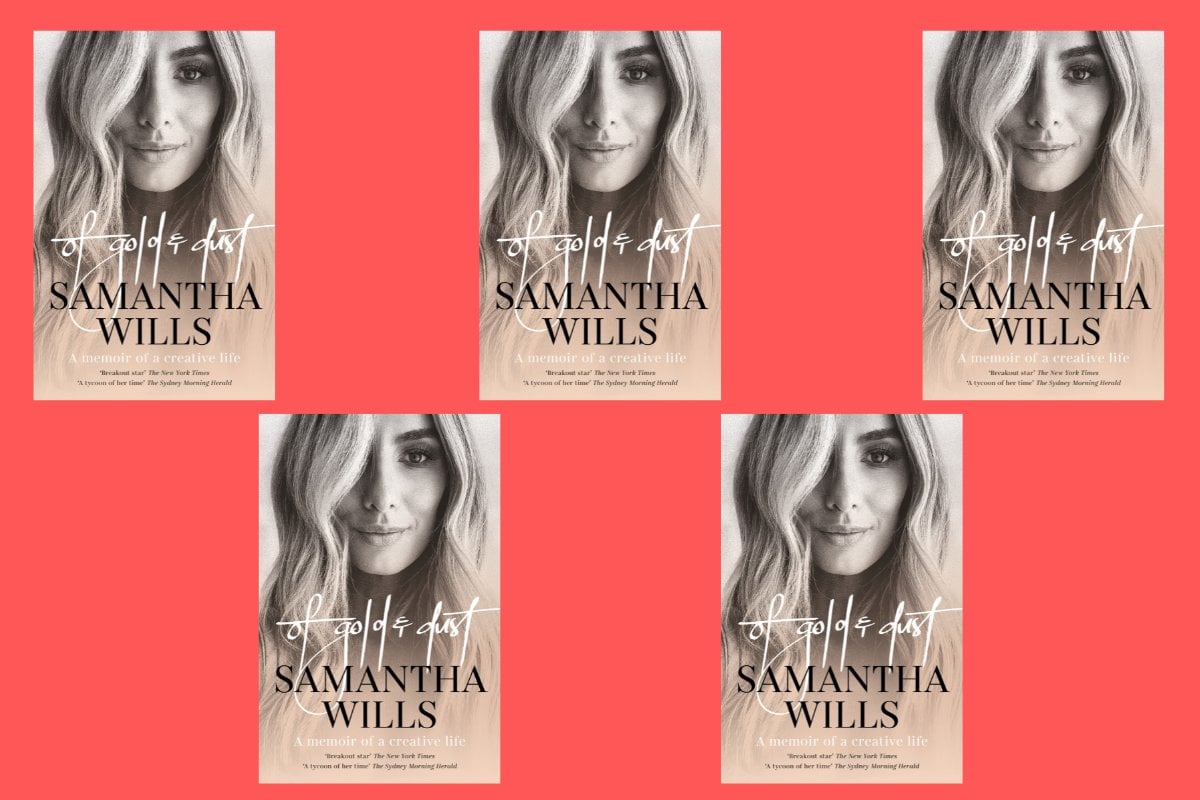 "I'm currently reading Of Gold & Dust by Samantha Wills and I'm really enjoying it. Her honesty is refreshing and being a Port Macquarie girl myself, it's a timely reminder that no matter where you come from, you can do and be great things." - Rikki Waller, Strategic Partnerships Manager. 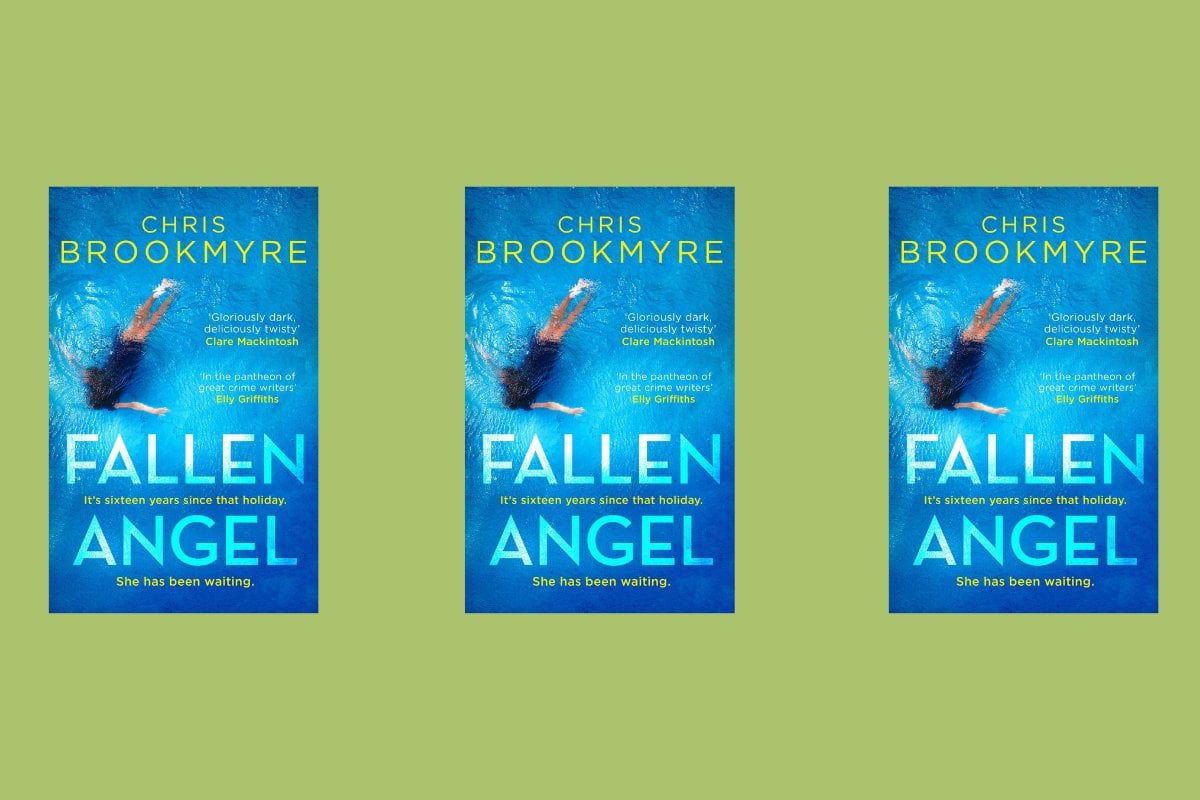 "I love a twisty thriller, especially when you throw in any of the following: rich family, sparkly European setting, affairs and murder. This has all of that and then some. I could not stop reading until the last big twist." - Tamara Davis, Head of Lifestyle. 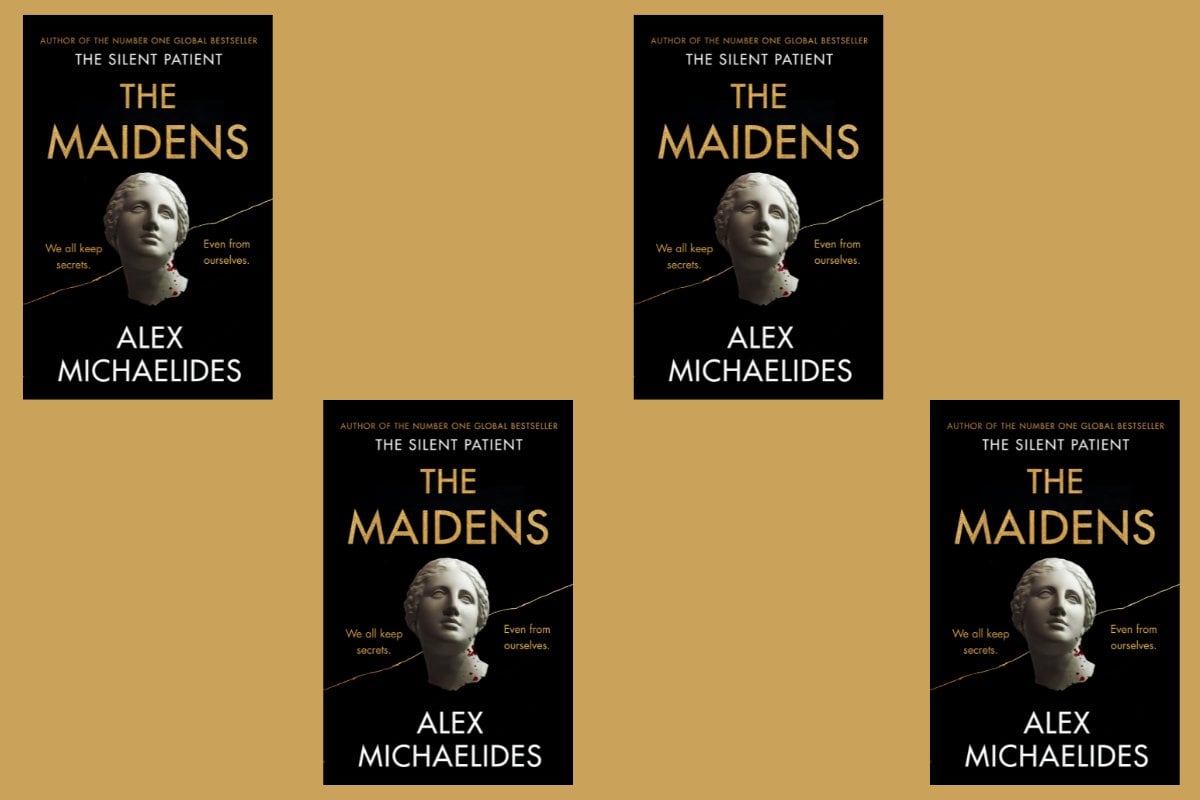 "Alex Michaelides is the king of the unexpected plot twist. He got me with his international bestseller The Silent Patient and he got me again with his latest thriller, The Maidens.

When her niece Zoe's best friend is murdered on campus, Mariana returns to her old campus and is soon dragged into a murder mystery packed full of twists and turns."  - Keryn Donnelly, Pop Culture Editor.

Lincoln in the Bardo by George Saunders 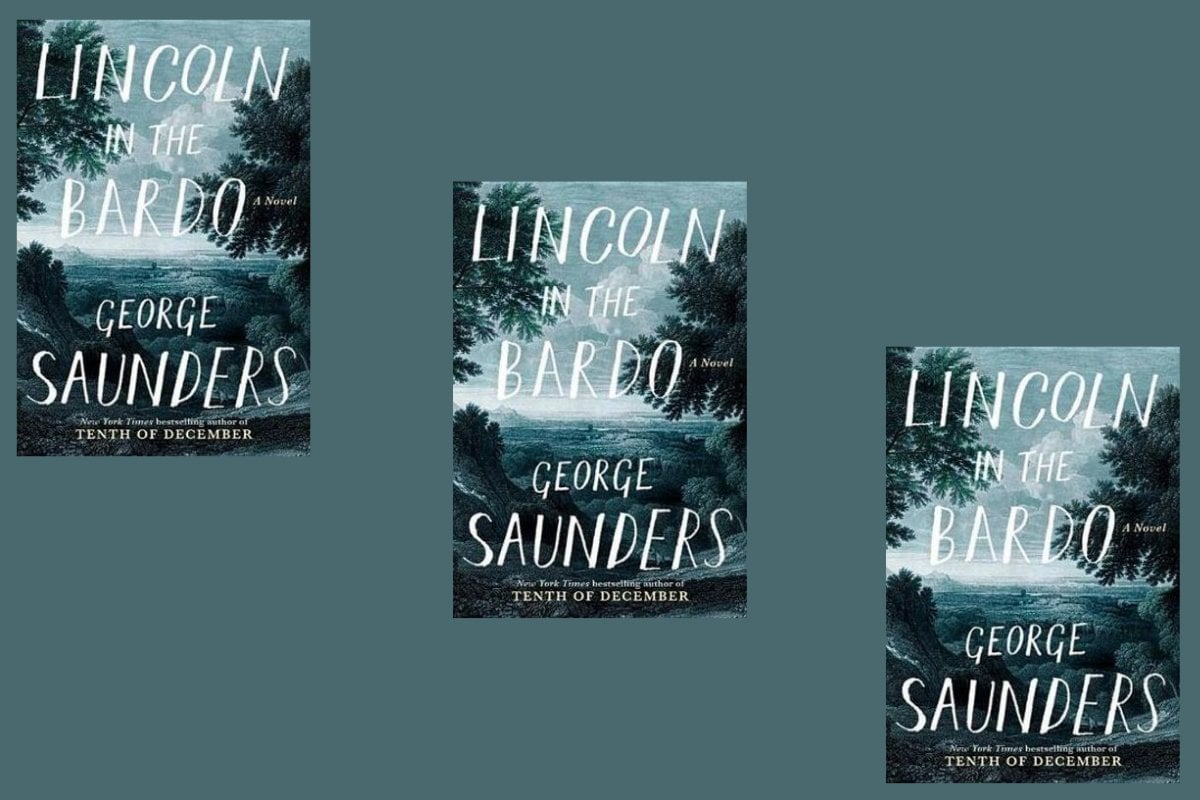 "This book is very hard to describe but in a nutshell it's about losing someone you love and what that can mean for your life and decisions. Also, it has Abraham Lincoln and ghosts." - Jacqui Capel, General Manager Social Squad. 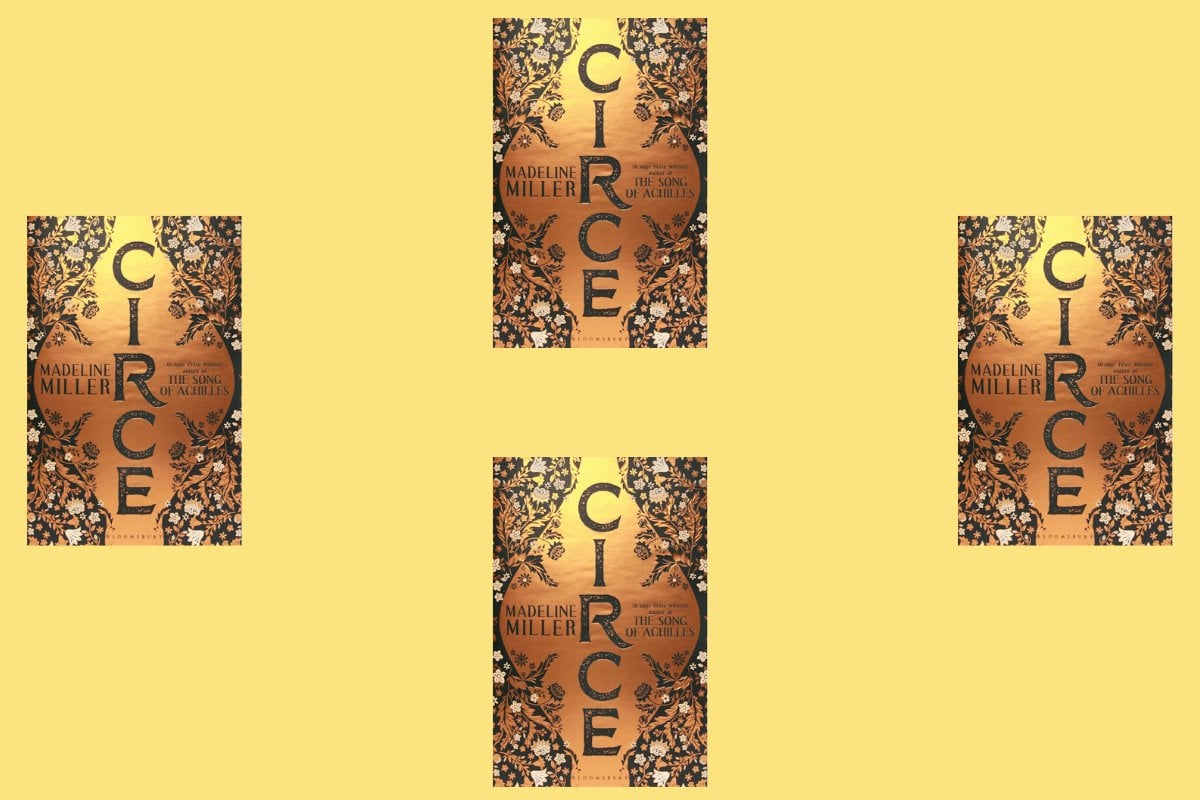 "Look, I don't usually go for the whole Greek mythology kinda vibe with my books, but I ripped through this one. Stuffed with beautiful imagery and paired with a chaotic plot, this is an easy speed read to get you out of any rut." - Katie Stow, Evening Editor.

D
daisyfleur a year ago

Reply
Upvote
Don’t read Lincoln in the Bardo - listen to it! It’s an amazing audiobook with lots of famous actors and actresses. I loved it and it’s on my list to listen again.

Reply
Upvote
I enjoyed Circe a lot! It's not my usual thing, but I decided to give it a go after hearing so many rave reviews. I also really liked The Song Of Achilles by the same author, although I didn't find it as life-changingly amazing as some people seemed to. Actually, it's been a while, might be time to give Circe another read!
Resources
Very Peri
Skin
News
General
Opinion
True Crime
Politics
Sport
Explainer
Entertainment
Celebrity
Reality TV
Movies
TV
Books
Rogue
Royal
Lifestyle
Beauty
Fashion
Weddings
Home
Wellness
Health
Fitness
Travel
Food
Family
Before The Bump
Pregnancy
Baby
Kids
Teens
School
Parent Opinion
Work & Money
Money
Finance
Career
Lady Startup