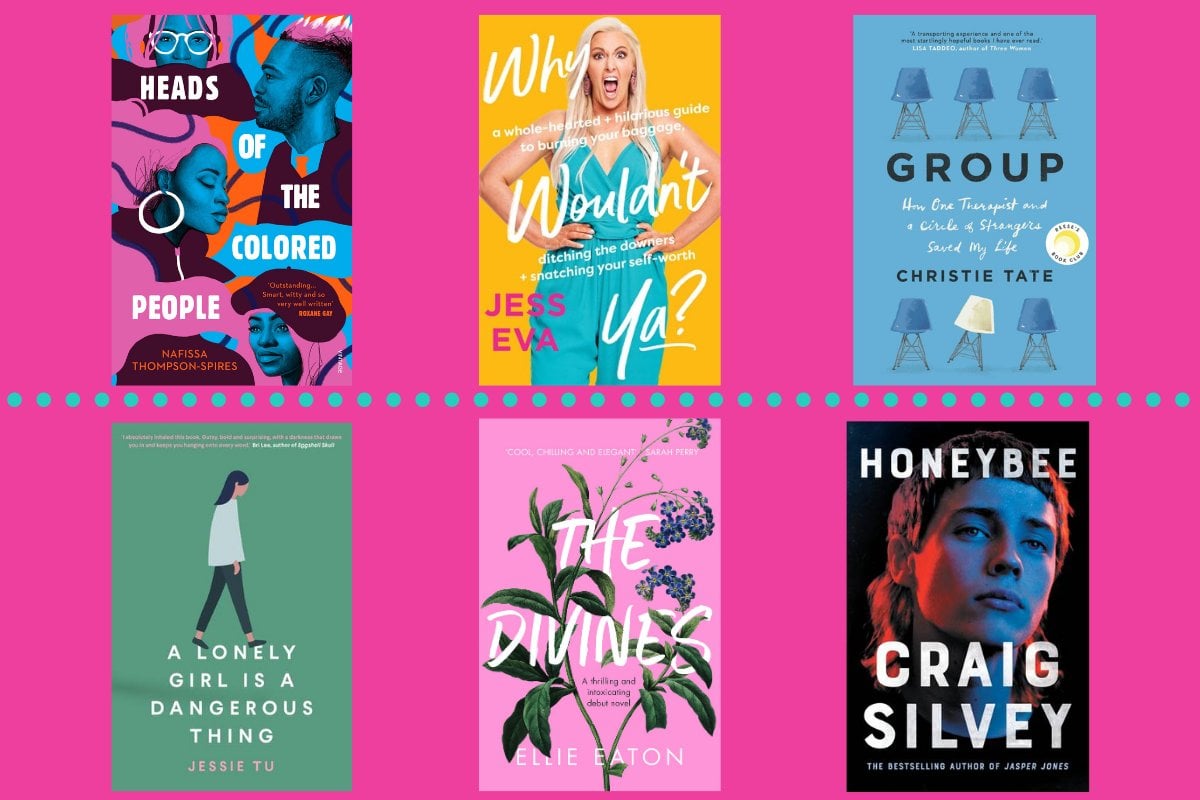 February has been a great month for books.

There's been a bunch of new releases from international authors over the past couple of months, including a new page-turner that was a Reese's Book Club pick and a new thriller with serious Pretty Little Liar vibes.

Plus, with the rainy weather and ever-changing restrictions, we've had plenty of time to catch up on some brilliant reads from Australian authors that came out last year.

Without further ado, here are the books we couldn't put down in February 2021.

The Divines by Ellie Eaton. 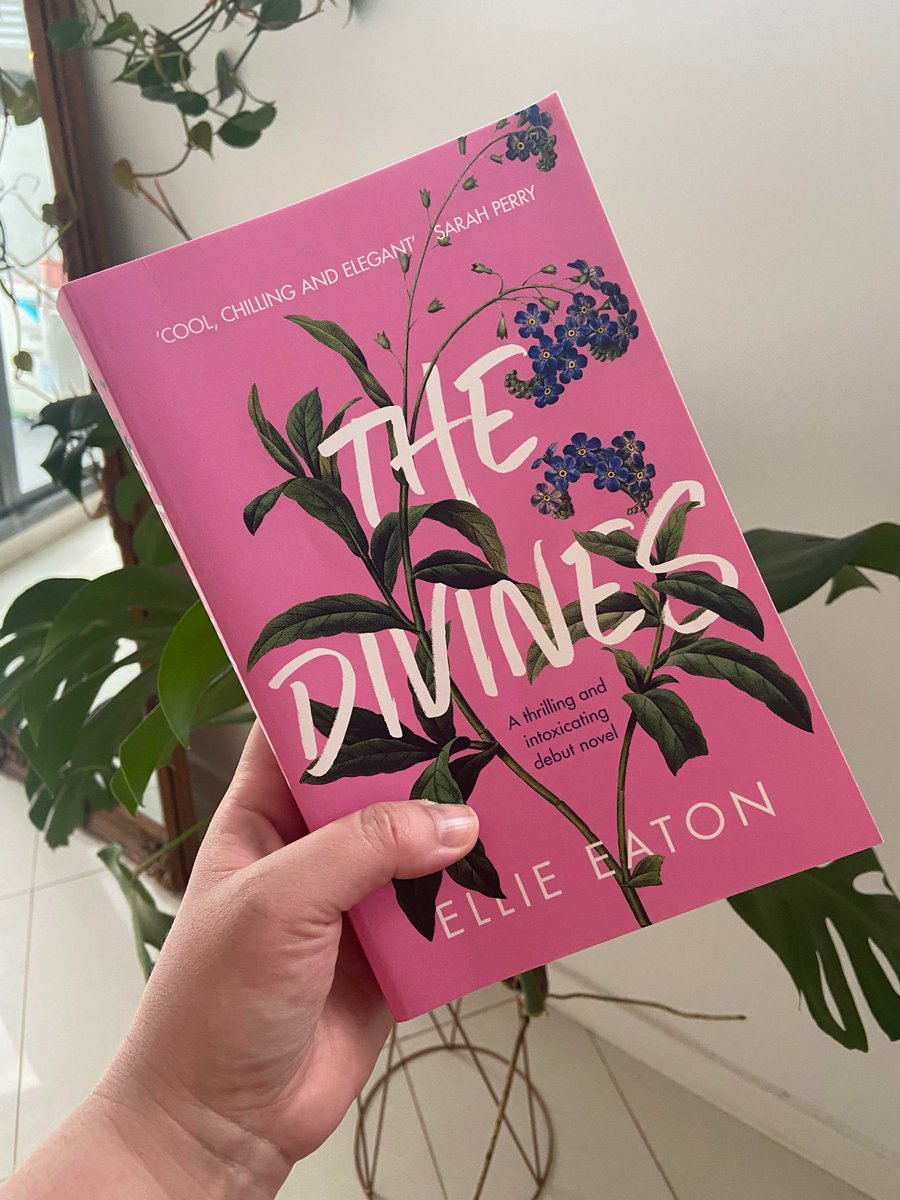 "The Divines is a coming-of-age story with a thriller twist. It follows the story of recently married 30-something Josephine, and moves between present-day LA and a British boarding school in the 1990s, as 'Joe' comes to terms with her past and a violent incident that occurred in her final weeks at the school. It's the perfect page-turner for fans of Pretty Little Liars and The Luckiest Girl Alive or anyone who is currently feeling nostalgic about their own high school years." - Keryn

Heads of the Colored People by Nafissa Thompson-Spires. 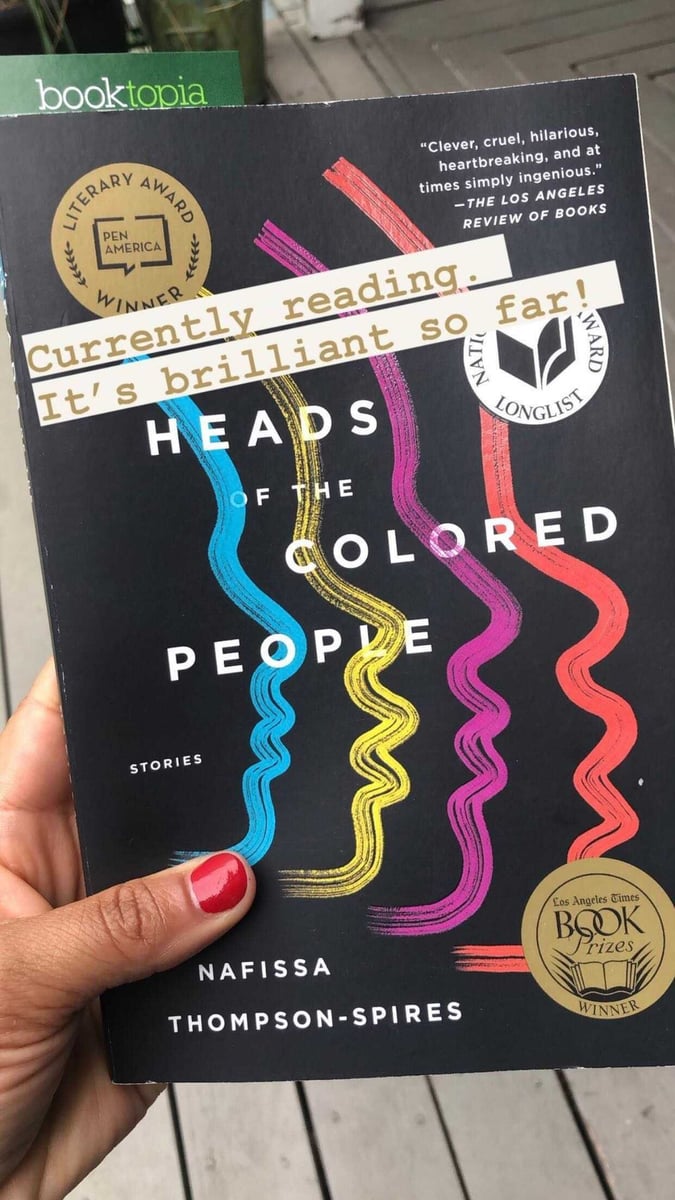 "This is a collection of short stories that explore Black life. Some stories are obvious or easily understood, others are subtle, make you think and stay with you long after the story has ended. There are really great examples of micro-aggressions and internalised racism." - Kee 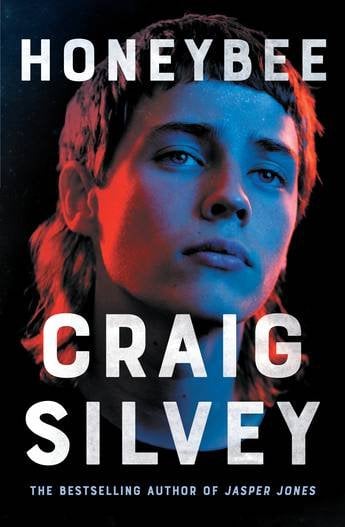 "I just... sobbed. I had heard so much buzz about this book, and it lived up to all of it. It tells the story of a transgender teen, whose single mum has her own struggles and isn't engaged at all with what he's going through. It explores the disadvantage a person faces when they're struggling with their gender, and how that intersects with class. It's written so simply, from the perspective of a teenager which somehow makes the story even more powerful." - Clare

Read more: "I'm still processing it years after." 11 women on the book that actually changed their life.

A Lonely Girl Is A Dangerous Thing by Jessie Tu. 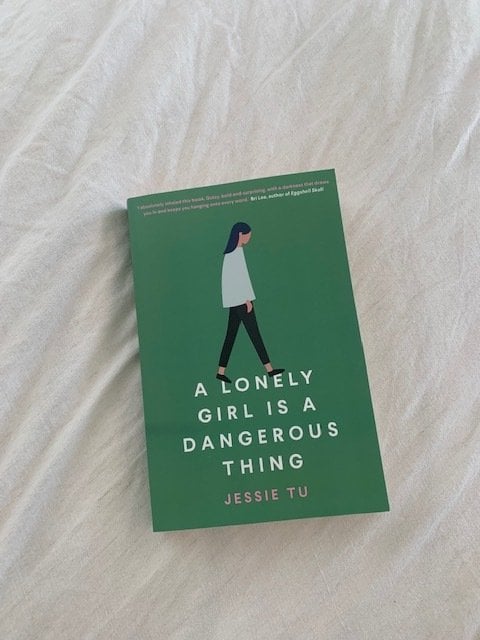 "I loved the exploration into a girl around my age from Sydney, navigating her sex life and making 'bad choices', because who hasn't." - Emmeline. 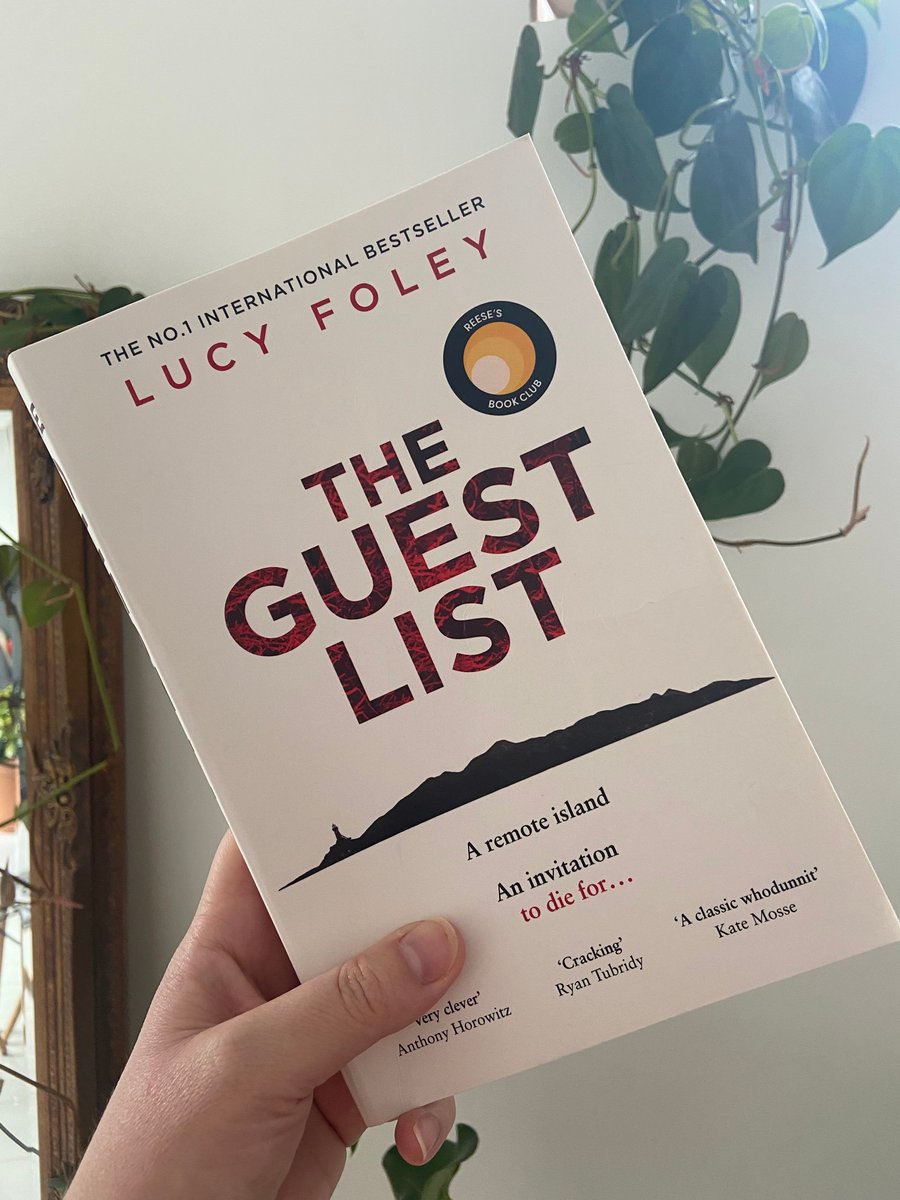 "The Guest List was a recent Reese's Book Club pick! It's set on a remote island off the windswept Irish coast, where guests gather for the wedding of the year - the marriage of TV celebrity Will Slater and women's website mogul Jules Keegan.

The wedding night ends in murder, and every guest is a suspect. If you're a fan of Agatha Christie, Ruth Ware or Paula Hawkins, you'll probably love The Guest List." - Keryn

Read more: The 3 books everyone will be reading in January.

The Dark Lake by Sarah Bailey. 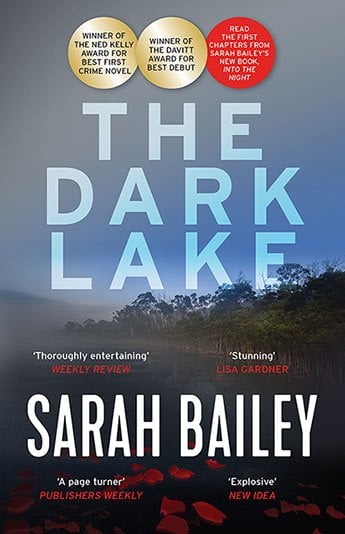 "I'm a crime thriller junkie and this is one of the best I've read in years. Detective Gemma Woodstock is a really believable, flawed character - the way the mystery of a body in a lake intersects with her own past will have you so invested. I think Bailey's as good as Jane Harper, and the narrative switching between past and present reminded me of The Dry." - Tamara.

Group: How One Therapist and a Circle of Strangers Saved My Life by Christie Tate. 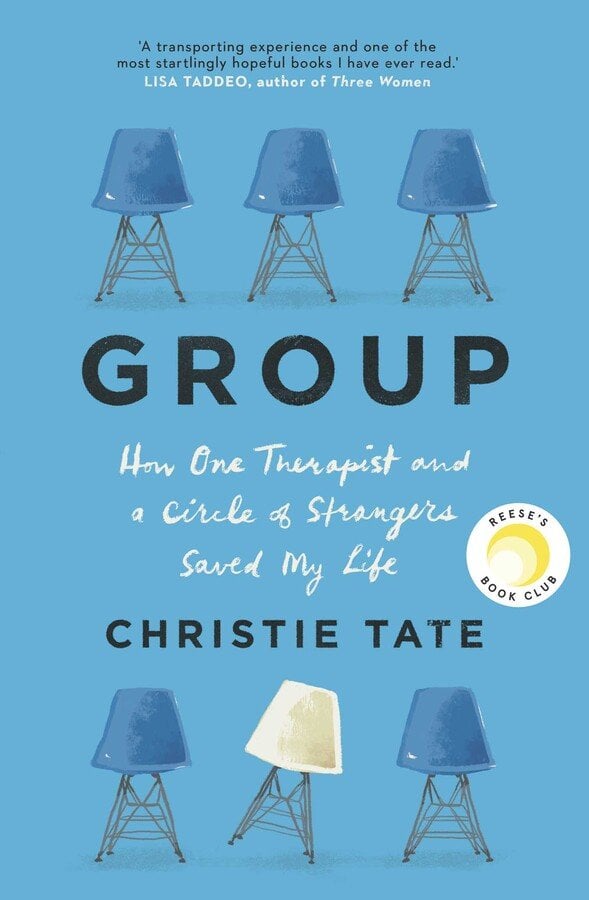 "It was a Reese's Book Club pick a few months ago! I listened to the audiobook for this one and had no idea it was actually the author's memoir as it is written as fiction. Finished it so quickly, and it gave some really interesting insights into human behaviour and psychology. It's a long-burn as it follows Christie over several years and there is no strong story arc, but I thought it was really enlightening." - Emma

Why Wouldn't Ya by Jess Eva. 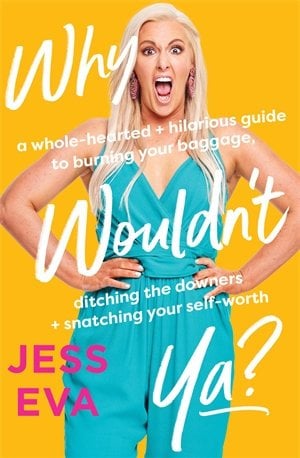 "I'm halfway through this book and I am obsessed. When I'm not reading it, I'm thinking about it 24/7. This book has helped me overcome negative thoughts about myself and to stop seeking validation from other people. It's transformed my outlook on life and I'm now a more happy person and less of a b*tch." - Emily

Everything is Beautiful by Eleanor Ray. 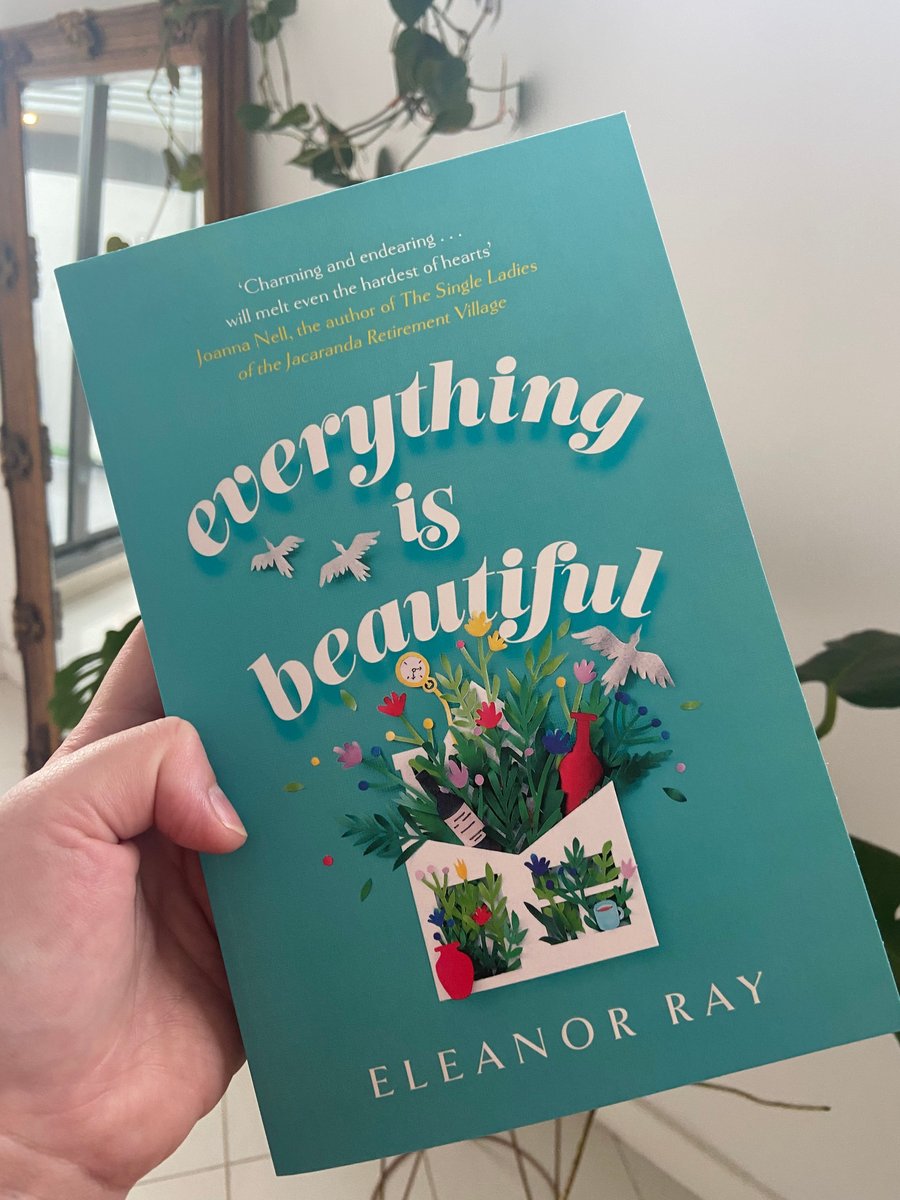 "This was the most heartwarming and uplifting read! It follows the story of Amy Ashton who has been collecting things since a traumatic incident happened in her life 11 years earlier.

As the book progresses, Amy learns to let go of things and begins to reconnect with other people. Fans of Eleanor Oliphant is Completely Fine will love Everything is Beautiful." - Keryn 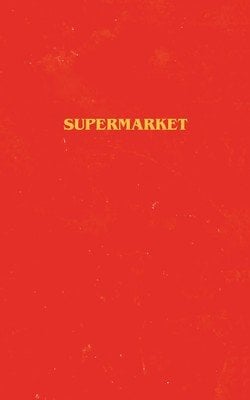 "It was such an easy read. I don't read a lot and I randomly picked this up because I was obsessed with the cover. It's written in a stream-of-consciousness style. The author breaks the fourth wall a bit but seamlessly and it's a really satisfying story arc. It was super creative too." - Renny.