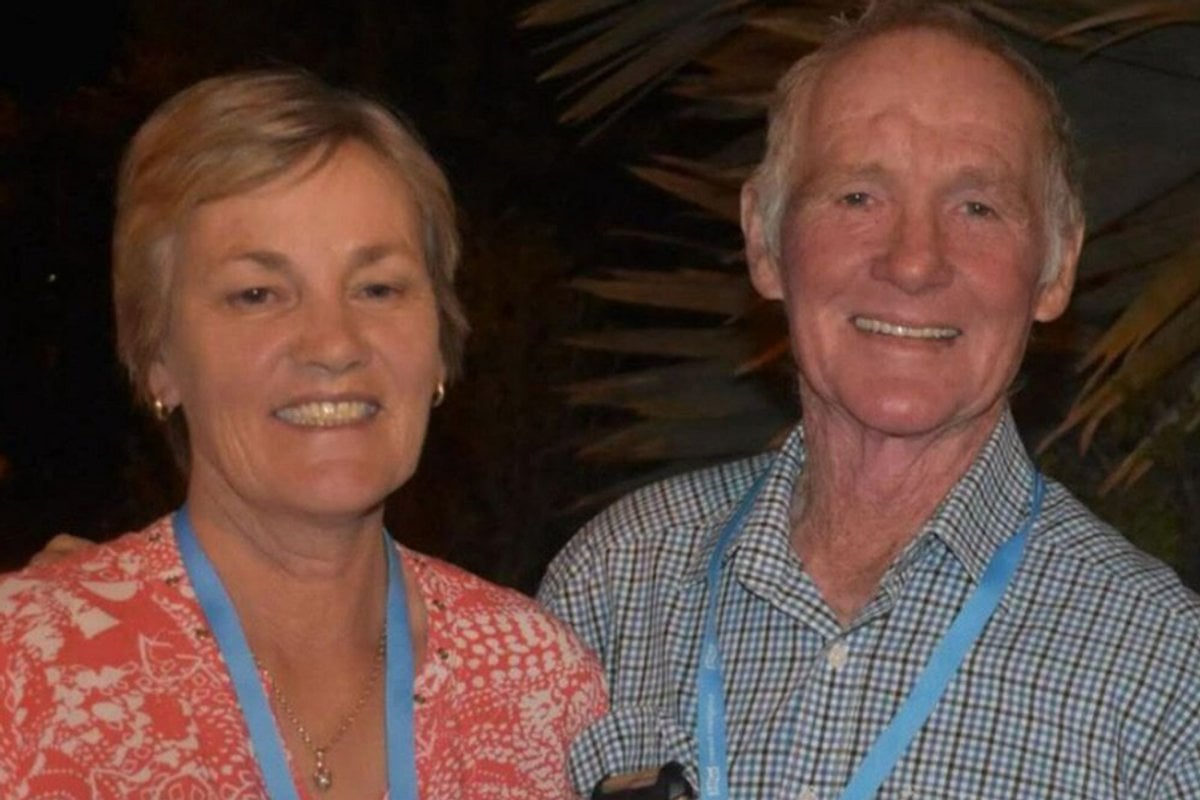 A 59-year-old man has been charged with three counts of murder following a mass shooting that left three people dead in far-north Queensland.

On Thursday August 4, the gunman allegedly opened fired on four people at about 9am on a rural cattle property at Bogie, northwest of Mackay.

The victims have been identified as Maree Schwartz, 59, her husband, Merv Shchwartz, 71, and Maree's adult son, Graham Tighe, 35.

Her other son, Ross Tighe, survived and called police after fleeing into remote bushland 40 kilometres from the scene with a gunshot wound to his stomach.

He was airlifted to Mackay Base Hospital on Friday where he remains in a serious but stable condition.

Police are speaking to five people over a mass shooting at a rural property in Bogie, which has left three people dead, and one in hospital. @heinkealex #9News

"He was able to speak to us overnight and provide us details of what occurred at the incident yesterday morning," Mackay District Superintendent Tom Armitt told reporters on Friday.

Five people were initially taken in for questioning following the shooting, after Queensland police made an emergency declaration for an area surrounding the crime scene.

Four of those people have since been released, two of whom were contractors who happened to be on the property at the time.

The suspected shooter has now been identified as long-term Bogie resident Darryl Young.

Police arrested Young at his home on Bogie on Friday, and charged him with three counts of murder and one count of attempted murder.

He is expected to appear in the Proserpine Magistrates Court on Monday.

Superintendent Armitt said the property where the shooting allegedly took place was "tens of thousands of acres" and is a "45-minute drive between the neighbours".

At Young's invitation, the neighbours are believed to have met at the boundary line of their properties before the shooting, which police believe took place over a fence line dispute.

"They were a bush family who worked seven days a week and had beers on Sundays, participated in events, very community-minded and well-respected in the community. Just a normal Australian family," he told The Daily Mail on Friday.

Graham Tighe leaves behind his partner Lucy and their two young children, one of whom was only born a few weeks ago.

Speaking to 7NEWS, Austen said Tighe had only spent a few days with his newborn son before he was taken to Brisbane to visit Lucy’s mother.

"It’s just devastating shock that things can happen so quickly in the blink of an eye and ruin so many lives so quickly," he told the publication.

Whitsunday councillor Mike Brunker told the Seven Network the family had only moved to the property a year ago.

"I think these people had only moved over here 12 months ago from out west... just an absolute tragic situation," he said.

"This is a tragedy on so many levels and obviously there's a police investigation. Hopefully, that investigation is completed soon so that we can provide closure to the family who have lost loved ones," he said.

There have since been GoFundMe campaigns created for Graham Tighe's family. You can donate here.