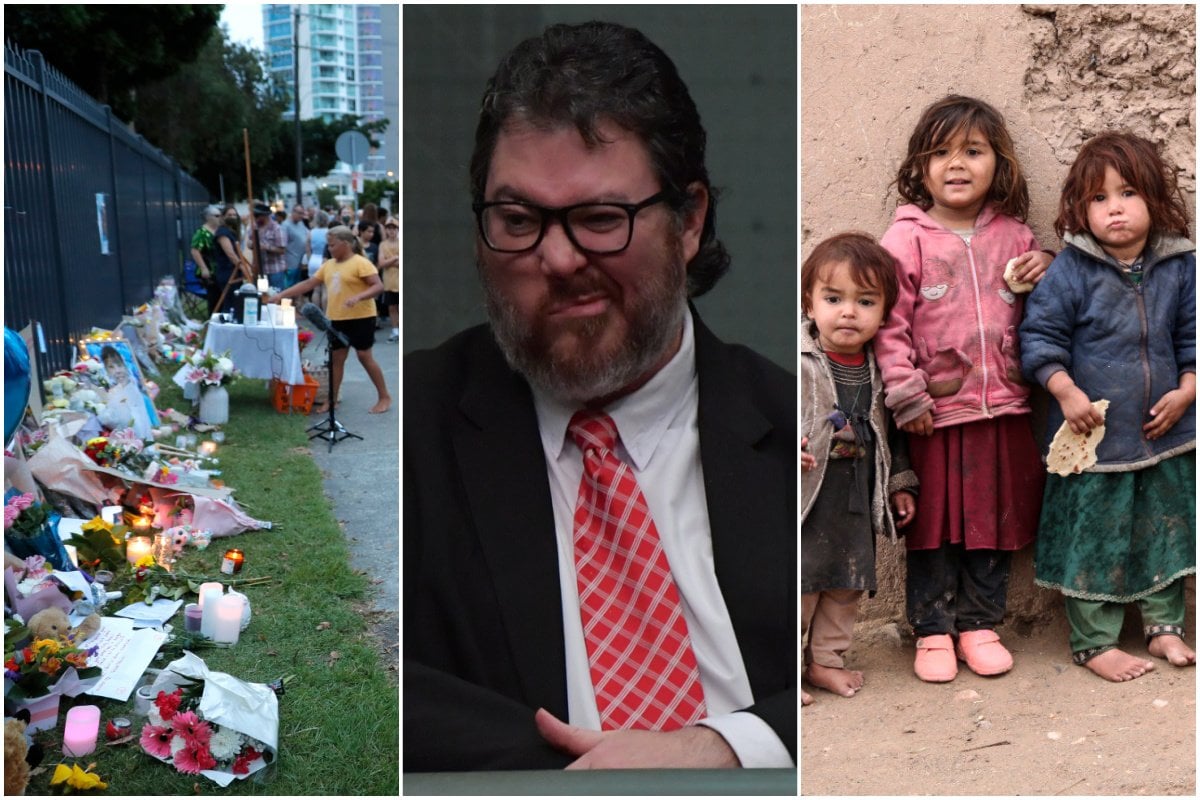 IVF services will resume in Victoria after the state government reversed a pause on some procedures earlier this month.

Acting Health Minister James Merlino has announced some services will restart from Thursday, with hospitals scaling up their operations to enable procedures to resume from 11.59pm on Tuesday.

Mr Merlino said he received advice from the state's chief health officer that restrictions on IVF procedures can be removed, given the "specialist nature of the workforce and the facilities and equipment used are not imperative to support the pandemic response at this time".

The health department will work with the Royal Women's Hospital to prioritise urgent patients, ensuring that the changes do not affect the COVID-19 response in that hospital.

"My body doesn't pause. My cycle doesn't pause either. I don't stop ageing. This is happening in real time." https://t.co/LPHUzFYtIe

"IVF is a challenging journey for anyone to go through, let alone in the midst of a global pandemic, and we're deeply sorry for the distress caused by affected services in recent weeks," Mr Merlino said.

"We thank Victorians for their patience as we've worked through critical workforce issues, and we'll keep working to have other services restored as soon as we can."

IVF clinics were contacted earlier this month and asked to cancel some appointments as part of a pause on elective surgeries.

But the most time-critical IVF procedures for patients such as couples whose eggs were about to expire and women who took pre-cycle medication before January 6 were still able to go ahead.

Vigil for murdered 9yo found in a barrel in NSW.

Mourners gathered for a candlelight vigil celebrating the life of a nine-year-old girl who was allegedly murdered while holidaying with family in the NSW Blue Mountains last week.

The sombre vigil began about 7.15pm on Wednesday night at Tweed Heads, near the Queensland-NSW border.

Locals gathered holding candles and leaving bouquets of flowers, and a message on her school's notice board read, "don't count the days, make the days count". 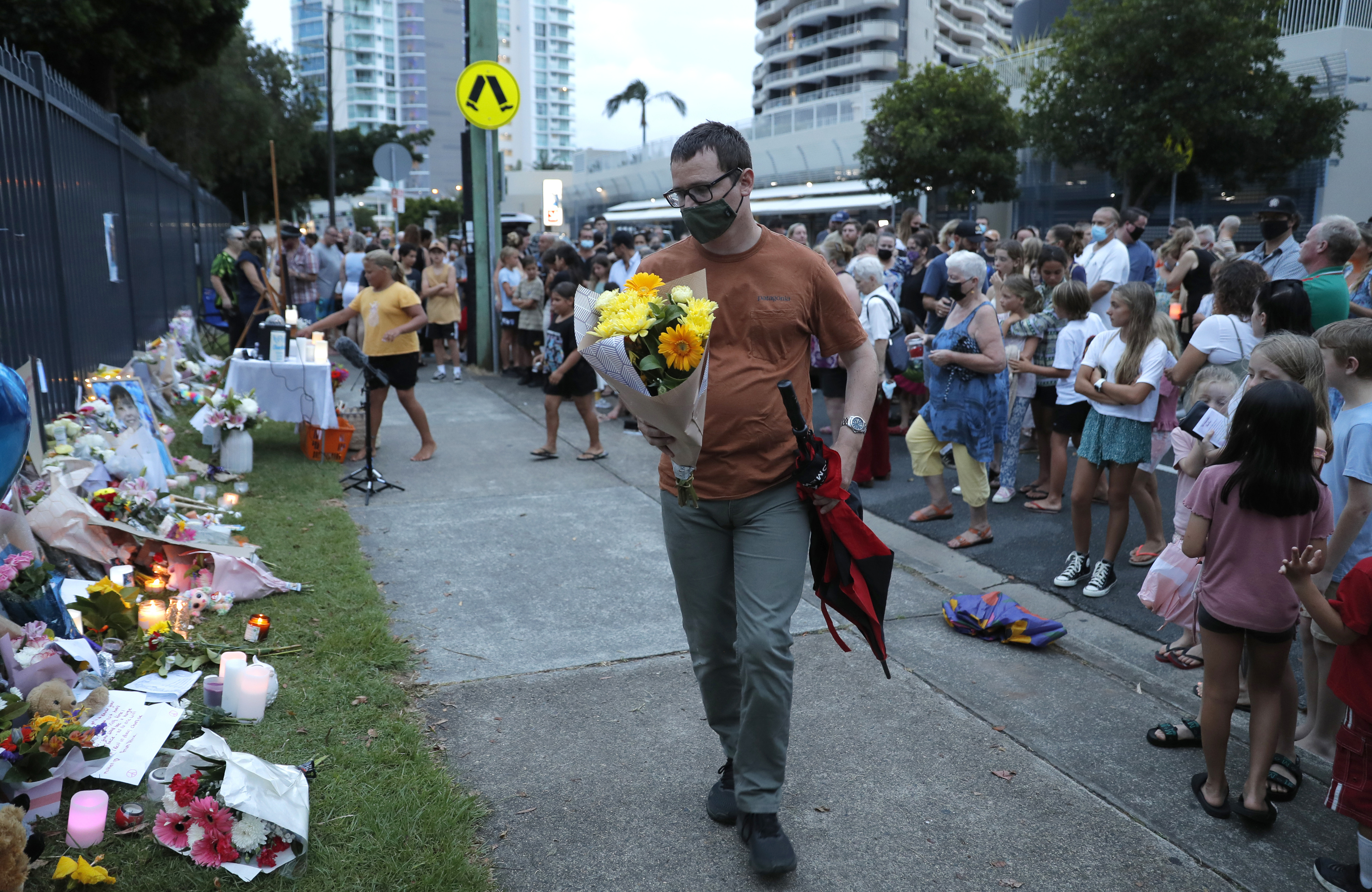 People attend a candlelight vigil for the nine-year-old whose body was found in a barrel after she went missing in the Blue Mountains. Image: AAP/Regi Varghese.

The grim discovery of a child's body in a barrel dumped near the Colo River came after a five-day search of bushland was conducted around the Wildenstein Private Gardens, about 120 kilometres northwest of Sydney at Mount Wilson, where she had last been seen alive.

Justin Stein, 31, faced court on Wednesday charged with murder after being arrested at a Surry Hills unit on Tuesday.

Police analysed CCTV and GPS data to narrow down their search to an area near the Colo River, alleging Stein had previously tried to float a boat at an inner-Sydney dock after allegedly purchasing sandbags from a hardware store, before travelling back to the Colo River.

According to court documents the little girl was murdered on Tuesday night or Wednesday morning last week, days before she was reported missing.

Investigations are ongoing, with police yet to determine how she died or any motive for her murder.

Rebel backbencher George Christensen will step down from his role on a parliamentary trade and investment committee after sustained pressure following anti-vax statements.

Mr Christensen said he will advise the Speaker of the House his intention to stand down as the committee's chair - a role that earns him extra money on top of his backbencher salary - when he returns to Parliament House on February 7.

"(It's) a decision of my own making and not a demand or request from any third party," he said in a social media post on Wednesday evening which announced his move.

But it came hours after Prime Minister Scott Morrison was again forced to distance himself from the Queensland MP's comments on vaccination.

Mr Christensen urged parents not to get their children vaccinated and has been condemned by health officials and senior government ministers, with the prime minister labelling them as "dangerous".

During a media conference on Wednesday, Mr Morrison urged parents not to listen to Mr Christensen's views.

"I don't think anyone should be paying attention to him on this issue."

Mr Morrison stopped short of calling for Mr Christensen to be expelled from the coalition party room.

As shortages of rapid antigen tests persist across the country, 52 million kits will be flown from Asia and the US into Australia this month through an emergency freight supply scheme.

Health Minister Greg Hunt said rapid tests continued to be in short supply across the globe.

Precious cargo has touched down in Sydney, with a delivery of rapid test kits arriving overnight. #9Today pic.twitter.com/mrFo8Aj77c

Several jurisdictions on Wednesday also moved to shorten the time before people could get their third COVID-19 dose.

The interval between doses has been lowered to three months in NSW, Victoria, South Australia and the ACT.

Wednesday was another deadly day for Australia during the pandemic, with 64 fatalities recorded.

As COVID-19 deaths across the country continue to rise amid the Omicron outbreak, Mr Morrison said the variant must be respected but not feared.

If you’re 18 years or over and had your second COVID-19 vaccine three or more months ago, you will be eligible for your booster dose at NSW Health Clinics from Friday 21 January.

If you’re due for a booster, don’t delay, bookings are now open.

National cabinet is scheduled to meet on Thursday, where a unified approach to reopening schools safely is on the agenda.

Two Royal Australian Air Force planes are ready to depart for Tonga as soon as conditions allow, with the flights waiting for ash to be removed from the Pacific nation's airport runway.

New Zealand Defence Minister Peeni Henare said he was informed the Tongans were redoubling their efforts to clear the runway and have it operational by midday to early afternoon on Thursday.

Mr Henare said locals were removing the dust by hand because small equipment had been destroyed or can't be used.

"I've been told it is human power that is sweeping clear the debris and the ash off the runway at the moment," he told the ABC.

"My understanding is that, with respect to the airport, the ash cover is significant, but not overwhelming."

The extent of the devastation wrought by the eruption of an underground volcano and subsequent tsunami on the Pacific nation is yet to be fully realised with communication systems down.

Tonga is connected to the world by a single cable, roughly the width of a garden hose, that carries optic fibers across the ocean bed.

After a volcanic eruption severed that connection, the nation faces weeks of digital darkness.https://t.co/xSC9XYYCOb

"I reassured him that Australia stands shoulder to shoulder with the Kingdom of Tonga as it responds to the undersea volcanic eruption and tsunami," Mr Morrison said.

"I ask all governments, especially Islamic countries, that they should start recognition," Akhund said at a news conference in Kabul in his first major public broadcast appearance since he assumed the role in September.

Foreign powers have been reluctant to recognise the Taliban administration which took over Afghanistan in August while Western nations led by the United States have frozen billions of dollars worth of Afghan banking assets and cut off development funding that once formed the backbone of Afghanistan's economy.

After experiencing violence when they speak out, women are instead writing their demands on walls at night. https://t.co/jxfZ9uIKx2

Akhund and other Taliban administration officials made an appeal at the news conference, also attended by United Nations officials, for a loosening of restrictions on money into the country, blaming its growing economic crisis on the freezing of funds.

The international community has ramped up humanitarian aid, designed to address urgent needs and largely bypass official channels. But as the country faces a cash crunch and a deteriorating economy over the harsh winter, millions of people have plunged into poverty.

The Taliban has gone back on its word to allow women to have lives under their new administration, slowly introducing more and more rigid rules since they took over the country in August. 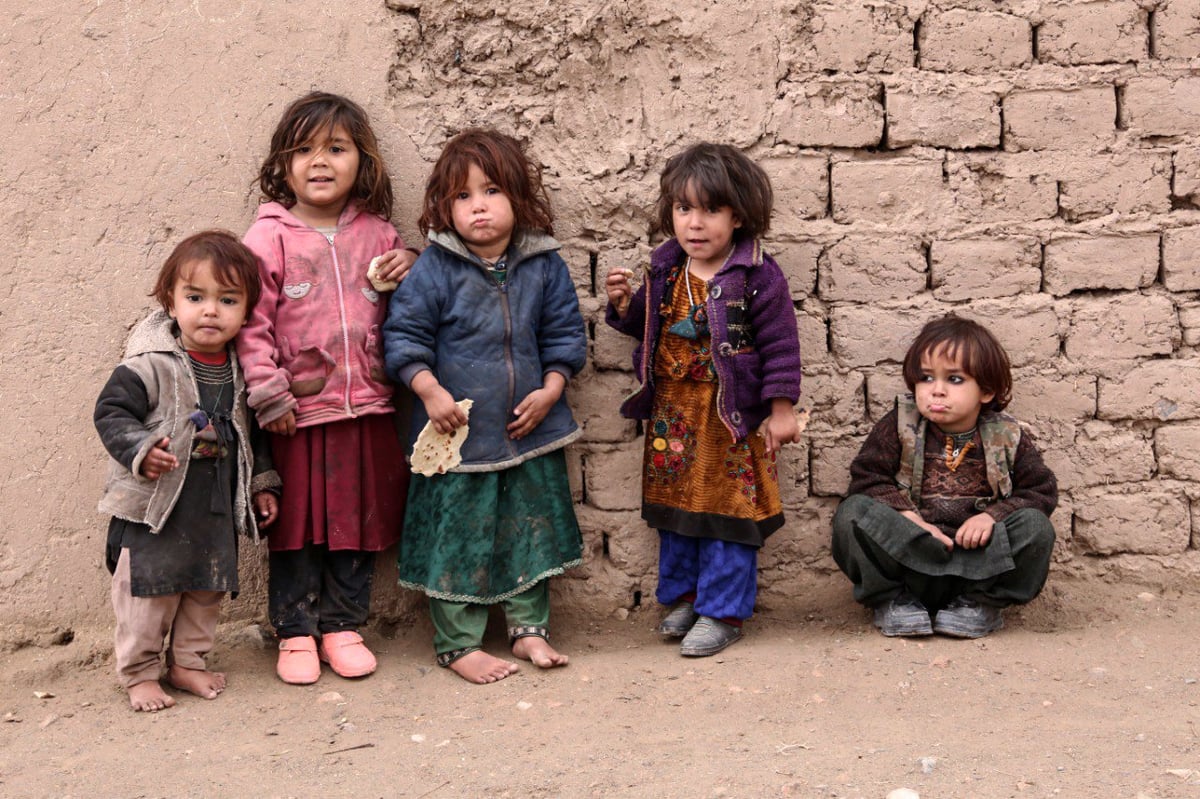 Afghan kids pose for a photo Afghanistan's Herat.Local residents, who have asked for help from the international community, want to sell their children and some kidneys due to poverty. Image: Bilal Guler/Anadolu Agency/Getty.

- UK PM Boris Johnson has announced the end of COVID-19 measures introduced to curb the spread of the Omicron variant in England as he looks to live with the virus after a peak in cases.

- The conservatorship of Britney Spears returns to a Los Angeles court today, after the singer filed documents accusing her father of taking money from her estate.

Reply
Upvote
I feel for couples who give IVF a go.  I fell pregnant so quickly .  It's expensive and invasive and painful .  Adoption is a long expensive process as well . Just do whatever works for u
G
gypsy 4 months ago

Reply
Upvote
It’s ironic that in the same article we read about IVF struggles and poor lost children in Afghanistan. It makes me wonder if there shouldn’t be a drive to bring the two together. The childless couples and the desperate children around the world. I know it isn’t easy but it would  be a solution to both problems organised properly. Don’t think I’m not sympathetic to struggles conceiving,  I have a grandson that came to us that way. I understand the heartache. I also feel immense heartache when I see desperate children, I want to gather them up and care for them all.
News
General
Opinion
True Crime
Politics
Sport
Explainer
Entertainment
Celebrity
Reality TV
Movies
TV
Books
Rogue
Royal
Lifestyle
Beauty
Fashion
Weddings
Home
Wellness
Health
Fitness
Travel
Food
Parents
Before The Bump
Pregnancy
Baby
Kids
Teens
School
Parent Opinion
Work & Money
Money
Finance
Career
Lady Startup
Relationships
Sex
Dating
Separation
Friendship
Family
Real Life
Couples