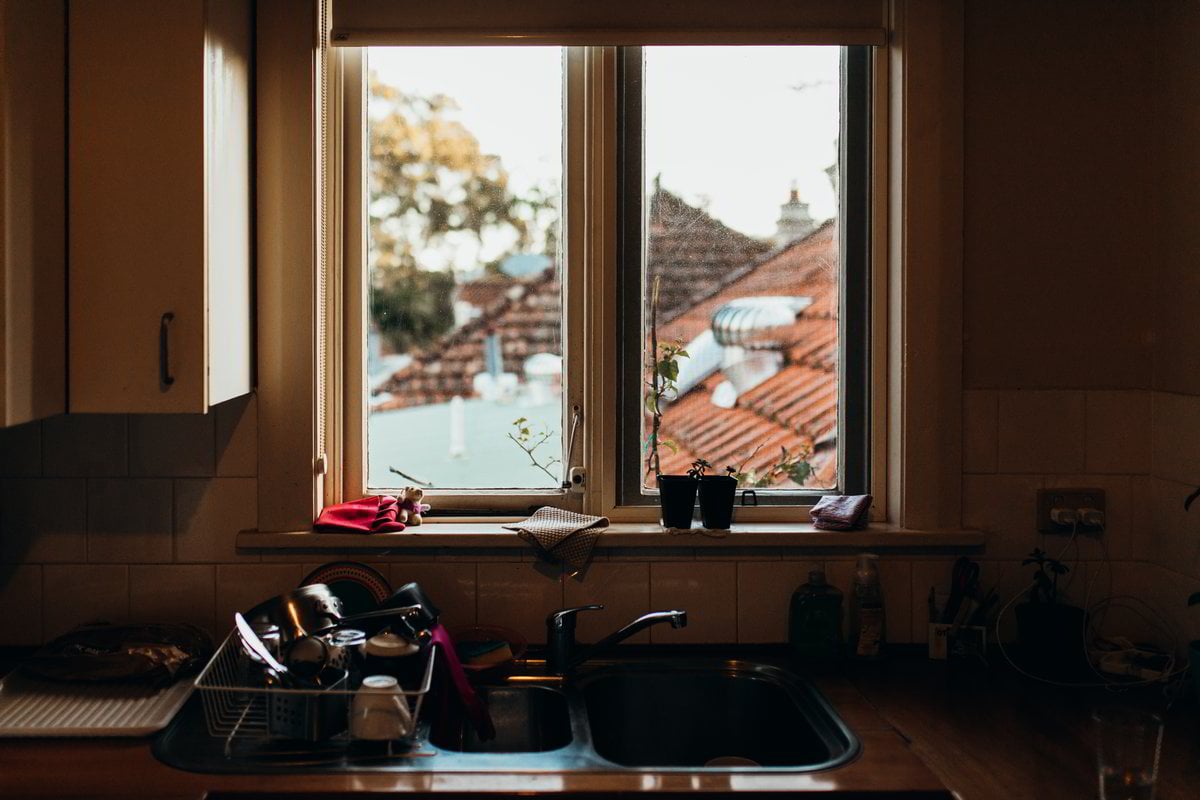 The small town of Latrobe, south of Devonport on the Mersey River, copped some of the worst flooding in the state. That’s where 75-year-old Mary Allford lost her life, drowning inside her own home on the Sunday night. In a coffee shop in town, her two sons, Mark and Gerard, talk to me about the desperate efforts to reach the house.

It had been raining all day but not especially hard. The river had hardly risen, and the normal water level was eight metres below the house, on Shale Road, so no one was worried. But just before midnight Mary’s husband, Noel, 79, got up to go the toilet and was stunned to find water on the floor. Bizarrely, it appeared to be coming in from the back of the house, even though the river was at the front.

Noel called Mark, who lived a quarter of an hour away in Devonport, and asked him to come straight over. Mark left immediately but couldn’t reach the house – the road was cut. The swollen river had been split by a big clump of trees further up, with the upper fork spreading wide out to the edge of the gully and washing back through the Allfords’ quarter-acre block and across the tarmac to find its course.

Mark alternated calling triple zero and speaking with his dad as the water rose inside the house. It was pitch-dark, and Noel was worried about Mary, who was reasonably healthy but had a bad foot and needed a walker (she did not have MS, as the media reported, according to both sons).

The police tried to launch an inflatable dinghy, but as soon as they stepped in it went 20 metres sideways, and they had to give up. They tried everything. A bulldozer from the local tip made it only four metres into the water before it had to turn around – itself a perilous exercise. A helicopter rescue was the only possibility, but it was deemed unsafe for it to fly at night. Phone contact was lost, and Noel and Mary were on their own. Mark and Gerard, distraught, could do nothing.

The house was a sturdy A-frame built decades earlier, with staunch pylons dug deep into the ground, but at the rear there were lightweight extensions that quickly collapsed and piled up outside the house, slowing the flow of water inside but building up pressure that threatened to gush in at any moment. Noel had to get Mary upstairs, but he simply couldn’t get her up the tiny spiral staircase.

The 79-year-old man put his wife on a mattress, floating her on the rising water, fighting off the whirling debris in the dark, as his bare feet were cut open on the submerged floor. In the freezing, chest-deep water he held on to the mattress with all his upper strength, for so long that his biceps split and tore clean off his arm bone.

At some point in the night, after more than six hours, he went upstairs to get a blanket and could not get back down. Mary drowned. Amid all the frantic phone calls that night, her sons had not had a chance to speak with her, to tell her they loved her.

When a rescuer was finally lowered from a helicopter and climbed through an upstairs window from the verandah roof, Noel was in shock, cut and bruised, sitting on the end of a bed with the freezing water up to his knees, completely unaware of the chopper hovering just metres away.

An emergency evacuation order finally came some eight hours after houses were inundated, and the Blake review found that ‘more could have been done to monitor the river in real time and to get messaging out to affected residents.' Four years later, the coroner still had not handed down the findings of an investigation into all three deaths.

Hundreds of mourners packed Mary’s memorial service in Devonport, and the shire council has erected a plaque in her honour, set in a peaceful park in the centre of Latrobe. Noel survives, supported by his three sons, but is too traumatised to speak publicly about his wife’s death. The aftermath of the flood brought many reminders of the tragedy. A photograph of Mary was found on the bank of the Mersey on the day of her funeral. A football plaque belonging to Noel washed up on a beach nearly 100 kilometres away from their home, and was returned.

Poignantly, Mark says Mary had three rings she planned to leave to her three daughters-in-law, and which she used to take off at night and put in a tray on her bedside table. "For whatever reason, she must have put them in her bag that day," says Mark.

"The bag was found 300 metres away, hanging in a tree – a neighbour found it, with the rings inside. Yet we never saw the fridge or the washing machine or all the big stuff, so that’s weird." They wear them, of course, Mark says – "they just got them earlier than they should have done."

Like Ron Foster, Mark and Gerard Allford are unsure what contribution global warming made to the flooding that took their mother’s life that day. "I don’t know a lot about climate change, to be honest with you," says Mark. "Something caused a lot of water to come down there." Gerard chimes in: "It wasn’t rain."

Gerard bought the block off his dad, and has been living there for the past two years, moving in to tidy up and sell the property. He’s barely seen the river level rise, despite much heavier rainfall than occurred in Latrobe that day. Mark says that although the death of his mum was a tragedy, at least he didn’t lose both parents. In all the conversation among locals, Mark’s heard plenty of theories about what caused the flooding: cloud seeding, a release by the Hydro, or climate change.

For Mark, because climate change is happening over a period of time, it’s hard to link it to a specific weather event. "I’d be a fool to say [climate] didn’t have anything to do with it because I don’t know," he says. "I think you either know about climate change, or you don’t know, and don’t have an opinion."

Mark is absolutely not a climate sceptic: "You hear too much about it to be sceptical and say, 'Well, it’s not there.' I mean, otherwise they wouldn’t have a lot of people doing research into it – it’s not something people are going to make up for the hell of it, you know? It’s obviously happening. What impact does it have on events like that? I don’t know. Over a period of time, could it have done? Absolutely, no argument from me there. Something other than a lot of rain caused that, or something else contributed to it... I don’t know what caused it. To me, it was rain plus-plus."

He gets annoyed with comments that it was a one-in-100-year flood, as though that means the risk is acceptable.

"You can back anyone at 100 to one, it doesn’t mean it won’t happen again next week. You know, I think that’s a throwaway line – for me, it’s sort of like saying, 'This will happen once every hundred years, we can sort of accept that.' Whereas I go, 'No, that’s bullshit.' If something caused this, then prevent it from happening again, as best you can. And if that’s releasing water, or if that’s climate change, whatever it is, work on fixing those things." 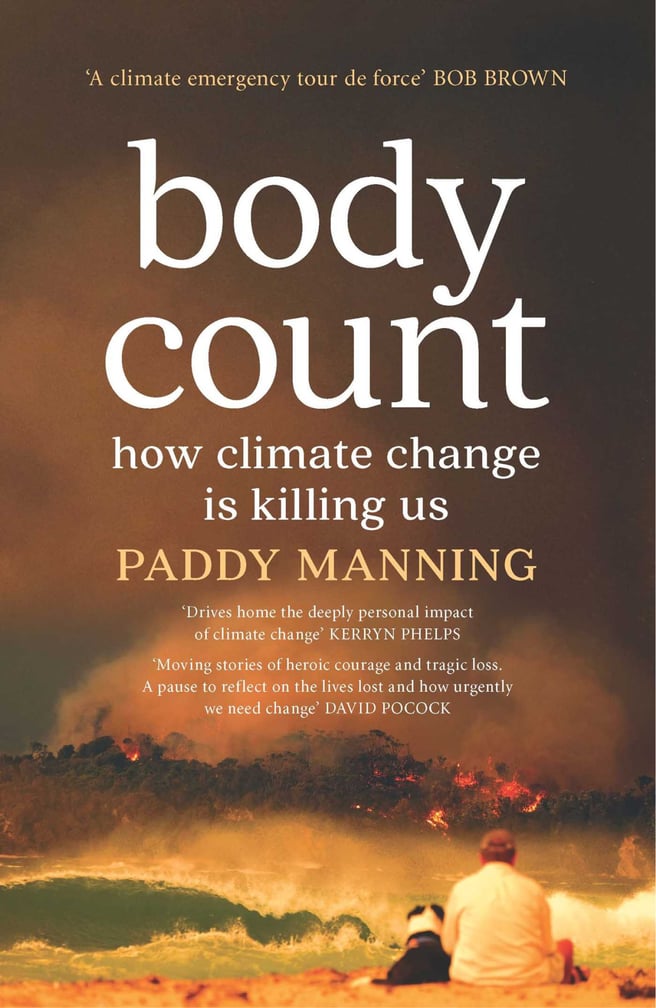 You can purchase Body Count from Booktopia.