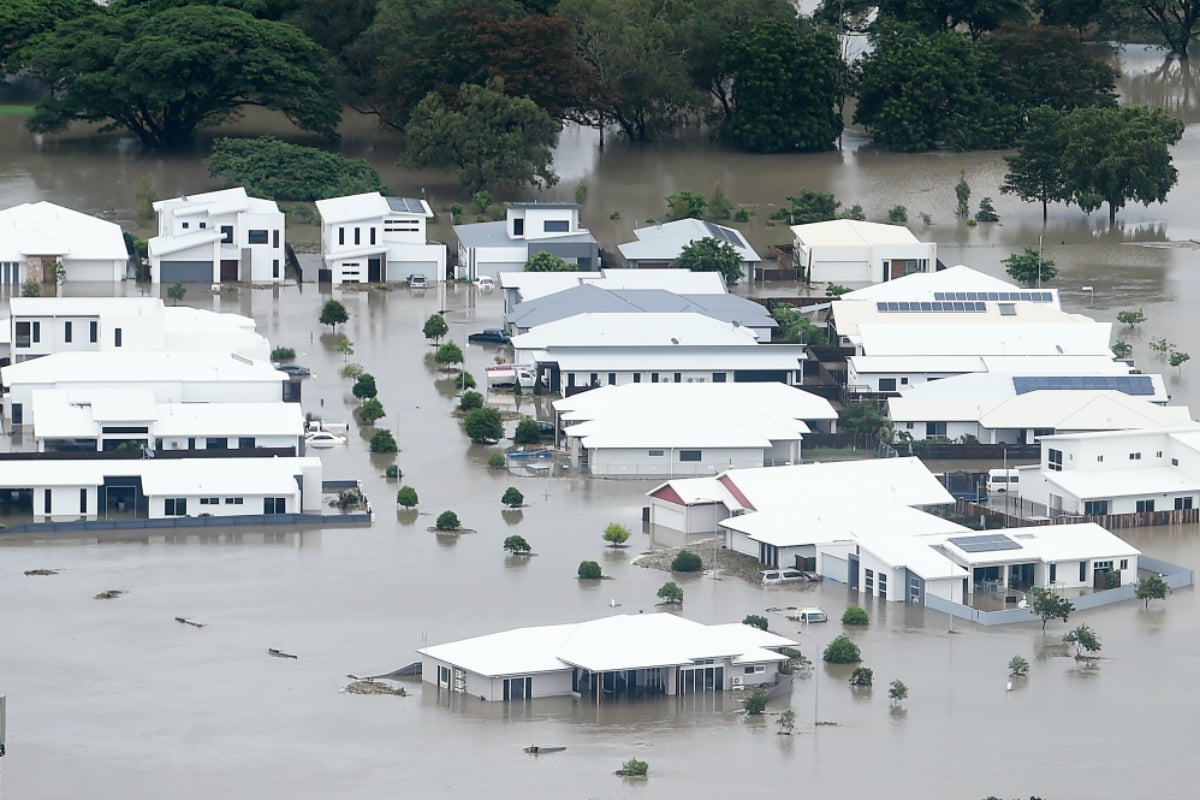 Two bodies have been pulled from the Townsville floodwaters, believed to be those of the two missing men in their 20s, Troy Mathieson and Hughie Morton.

Searches had been underway for the men – Mathieson, 23, and Morton, 21 – since they were last seen by police in the early hours of Monday morning.

Concerns for their safety were raised when they were not located by that evening, and as the city’s flood crisis entered its harshest 11th day, triggering emergency alerts advising residence to seek refuge on higher ground.

Townsville police have begun a search to find two men, with more rain on the way. https://t.co/F24jruy3aR

It is understood police were chasing the men from the scene of an alleged break and enter in the suburb of Aitkenvale when they disappeared, the Townsville Bulletin reports.

The bodies were found on Tuesday in a stormwater drain hours after extensive inquiries with family and friends and a search of nearby floodwaters commenced.

Police are yet to confirm the news but it has been widely reported among local media.

Thousands of other people have been evacuated amid the catastrophic flooding, and hundreds of homes inundated by water.

An emergency alert was issued for Bluewater, Bluewater Park, Toolakea and Saunders Beach, northeast of Townsville, early on Tuesday morning.

Townsville remains the hardest-hit area although floodwaters are affecting communities as far west as Mt Isa, in the state’s interior.

The one-in-100-year deluge has caused rivers and creeks to burst their banks, spilling water through streets and consuming entire suburbs.

The vigorous monsoon trough dumping the rain has begun moving south but it is unpredictable and dangerous conditions are expected to continue for at least the next 24 hours.

Late on Monday, a severe weather warning remained in place from Ingham to Mackay, and west to Cloncurry, although lower than expected rainfall throughout Monday has eased conditions in Townsville.

Water levels in the Ross River Dam dropped to 211 per cent of capacity, down from 250 per cent earlier in the day.

Further heavy rainfall is likely to develop in the severe warning area on Tuesday, however, with six-hourly rainfall totals of between 150mm and 200mm possible, the Bureau of Meteorology said.

“Mackay could get some heavy falls over the next few days with some possibility of flooding,” meteorologist Jess Gardner told AAP.

Inland, the rains have brought “tears of happiness” to the parched outback, where drought conditions had brought many graziers to their knees.

Dry rivers are again flowing where a week ago, it was just dust, Cloncurry Mayor Greg Campbell said.

“It is a great relief to the community. The old timers always say the only way to break a drought is with a flood,” he said.